Come to Mafia we said, come in December we said, whalesharks guaranteed we said…

Did we jinx it, or are Helen & James the ones destined not to see whalesharks? They had tried several times in other places and had never been lucky…

Whatever it was (we’ll just blame Helen & James I think), we didn’t see any whalesharks…

Helen & James live in Nairobi and they had flown over to Dar es Salaam with James’ stepsister Rachael, to go diving on Mafia Island with us, but specifically to finally snorkel with the whalesharks.

We left Dar on Saturday morning and flew over to Mafia. Our first stop was the Big Blu dive shop to get our kit ready for our first dive. As the diving in the Mafia Island Marine Park is heavily tide dependent, we weren’t able to head out that afternoon with the boat. Instead, we walked a few meters off the beach for our first shore dive in Tanzania. We weren’t expecting much, but were very happily surprised with the amount of life so close to the village. 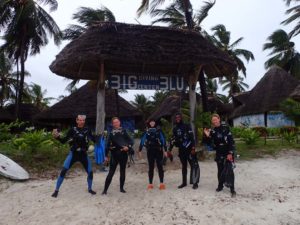 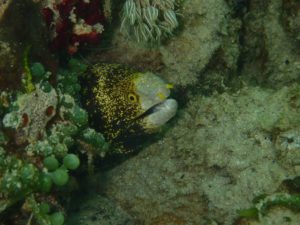 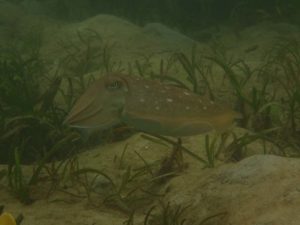 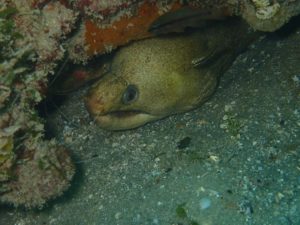 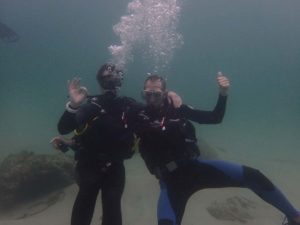 The next morning we were all excited. We were heading out to snorkel with the whalesharks. After the briefing at Kitu Kiblu we were ferried to our dhow and the search was on. The wind was strong and there were lots of clouds. It wasn’t raining, but there was definitely a storm brewing nearby. There were a few other boats in the area, and some got very excited when they saw us all jump into the water. Unfortunately it was just our toilet stop…

For hours we cruised up and down the channels, hoping to bump into a whaleshark, but no luck. Very disappointed we went back to shore. Jon stayed there as he was flying home that afternoon, and Jude went with Helen, James and Rachael to Chole Mjini. We were staying at the tree houses for the next two nights.

Chole was lovely, as always. We enjoyed dinner in the ruins, accompanied by traditional music, a sunset cruise with some sundowners, and of course we also went diving a few more times in the bay. 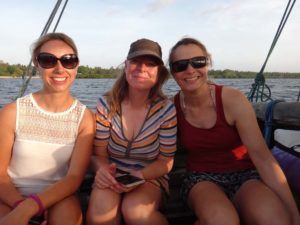 Rachael, Helen and Jude enjoying sundowners on a traditional dhow 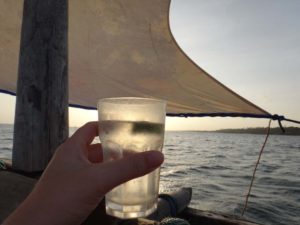 gin & tonic for Jude of course 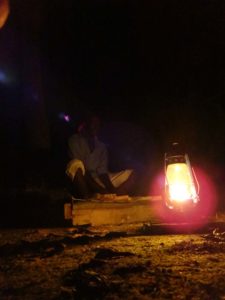 Jude managed to spot some whalesharks on her way home looking down from the small plane. And luckily Helen, James and Rachael went out again on the dhow the next day before they flew home, also spotting several whalesharks. 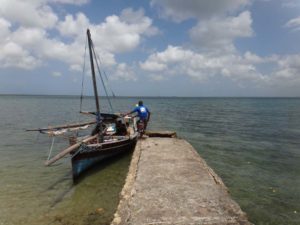 Lesson learnt… if you really want to see the whalesharks, make sure the weather is sunny, and preferably no or little wind. It makes it a lot easier to find them. Even before the wind had changed to a northerly we managed to spot three when the sun was out (a month ago when we rescued a whaleshark). But now, even though the north wind was already blowing, it was impossible to find them on this windy day without sunshine.

This time we stayed one night at Big Blu, and also booked all our diving with them. They are slightly cheaper than Mafia Island Diving and also have excellent equipment. Our dive leader was excellent and great in spotting things.

Two more nights were spent at Chole Mjini – in the treehouses. They are lovely and the food is good.

A few more piccies of the splendid underwater world in the Mafia Island Marine Park: 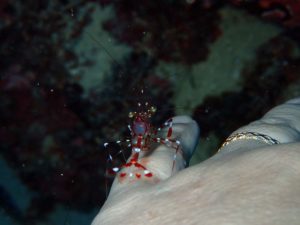 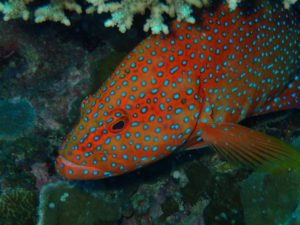 a coral grouper, we think he was asleep 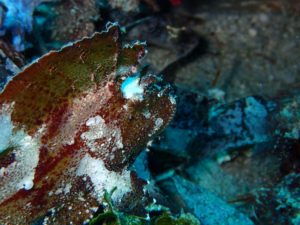 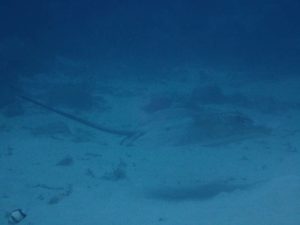 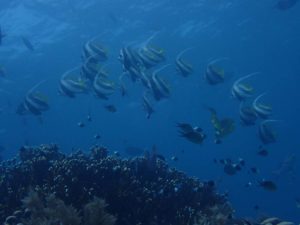 a school of longfin bannerfish 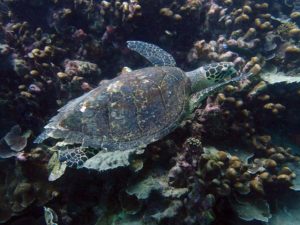 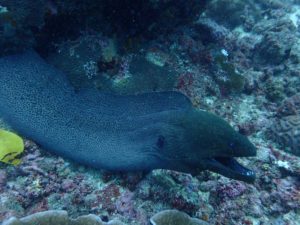 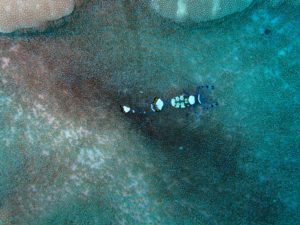 these two are peacock-tail anemone shrimps 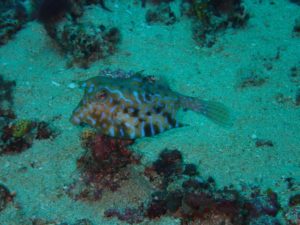 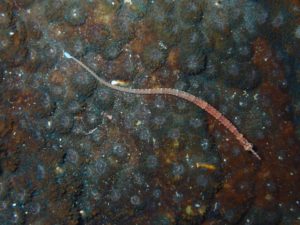 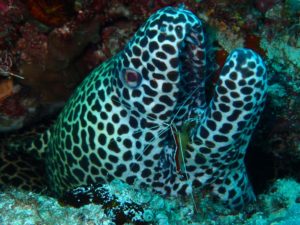