Who hasn’t heard of Dr Jane Goodall? The British lady who spent many years studying chimpanzee behaviour and discovered many things about them that were unknown until she spent time with them. 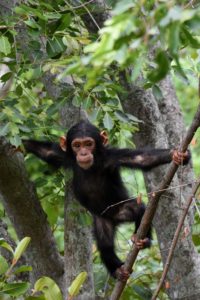 a young chimpanzee in the Gombe Stream National Park

She arrived in 1960 in Tanzania in the Gombe Stream National Park, the same place we spent New Year’s Eve of 2016, and started her study of the chimpanzees which is continued to this day. The greatest discovery she made was that chimpanzees, like humans, create and use tools. This caused a huge upheaval in the scientific world as up until that point one of the defining characteristics of humans was the fact that they could make and utilise tools… Homo Sapiens’ definition until then had been ‘Man the toolmaker’. Louis Leakey famously said about this discovery: “Now we must redefine ‘tool’, redefine ‘man’, or accept chimpanzees as humans.” 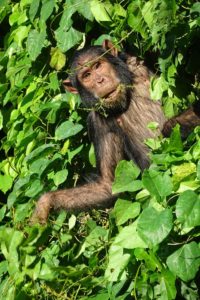 She also discovered that

Jane is an incredible woman and nowadays travels the world to talk about the threats for the chimpanzees, as well as other environmental issues. We always hoped we would one day ‘meet’ her and hear her speak, but never managed to be in the same country.

And then, one day during her lunch break Jude finds an announcement on facebook about an upcoming event in Dar es Salaam. It was posted on the Team Tanzania page, the same place where she also found her job. It simple said Jane Goodall would speak at a local restaurant and those interested needed to register their interest, there was no cost. Really? 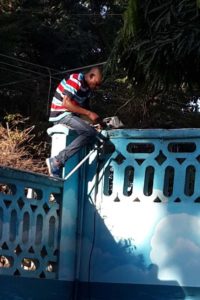 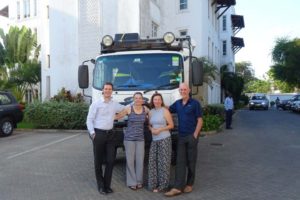 We signed up for ourselves and Miles and Marina who were visiting and headed over on that Monday afternoon. They had set up lots of chairs in the gardens of Zuane, and we all settled in for a wait. Surprisingly it started more or less on time and we finally got to hear her speak! She was inspirational and we thoroughly enjoyed listening to her. She has some powerful messages and encourages everybody to do their bit. 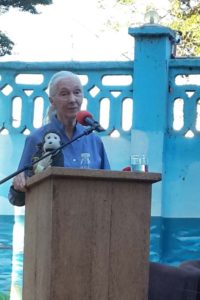 If you have a chance to see Jane Goodall speak, we can thoroughly recommend it. If you have kids, you might want to find out if there is an option for them to attend the Roots & Shoots program, which was started in Tanzania. Participants are encouraged to identify and work on problems in their own communities affecting people, animals, or the environment. Check it out, it is inspirational.