Exploring the beaches around Dar

We had a normal weekend without any plans and were told we should head down to the beaches south of Dar. They’re less than 2 hours away now there is a bridge across the Kizinga River and we hadn’t been that way yet. Somebody mentioned a hotel where young kids aren’t allowed (Ras Kutani), it sounded like paradise 🙂 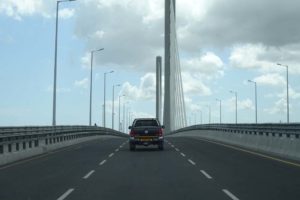 the new bridge, smooth tarmac, three lanes, hardly any traffic and a 60km per hour speed limit after a ramp access speed of 30…

We arrived in the morning after a sleep-in and a leisurely breakfast at home, and as soon as we had dropped our bags in the wonderfully open and light room, we headed out on their nature walk hoping to see the colobus monkeys and maybe some birds. No such luck. We spotted one woodpecker and spooked a little duiker and a Nile monitor towards the end of the walk, just before popping out onto the beach. No monkeys and not a lot of birds either, was it just too hot? 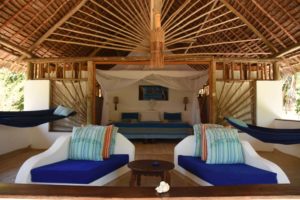 our room at Ras Kutani 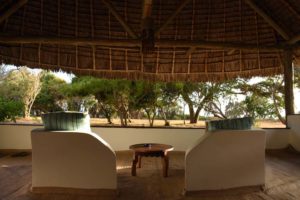 and the view from our room 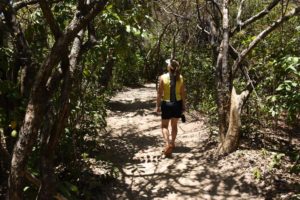 going on a nature walk, trying to spot any animals. We saw one woodpecker, some doves, a blue duiker and a large Nile monitor but no colobus monkeys 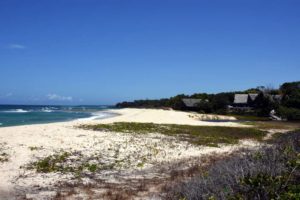 exit from the walk onto the beach, you can see the lagoon and the lodge on the right

We had time for a quick drink in the shady lounges on the beach, watching two fishermen with their net before it was time for lunch, followed by an afternoon paddle on the lagoon. Struggling a bit with the left-hand paddles we were happy it was only a small lagoon to explore. We saw quite a few birds and monkeys on our way up the little shallow stream and returned to the beach as it was getting dark, perfectly timed for a quick shower and then of course dinner. 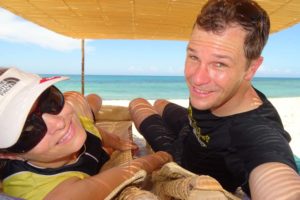 enjoying a drink in the shade after our walk 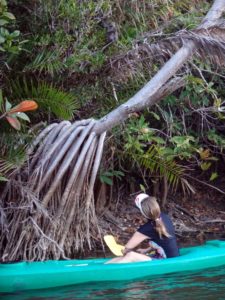 who is checking out who? Jude and a sykes monkey in a blinking contest

In the morning we headed out for a run along the nature trail, followed by a few more kilometers on the beach. We didn’t know it at the time, but we ran straight past a structure built to protect turtle nests and a few weeks later we would come back right to the same spot and watch about 65 baby turtles hatch. See our story on turtle hatchlings for some cute photos of the baby turtles. Hopefully lots more turtles will nest here this year and we can come back a few more times. 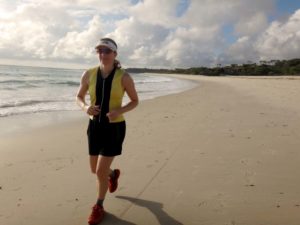 early morning jog on the beach

It was time for a snorkel around the shipwreck, there weren’t many fish around, only tiny ones as they’re not big enough to be eaten… But it was nice to explore the little wreck before flopping down on the beach lounge chairs under the shade for some crossword puzzles and books. After lunch we moved to the pool for a swim and more reading and crossword puzzles before we had to pack up our bags again and start the short drive home. It was a very relaxing weekend, one that was much needed… 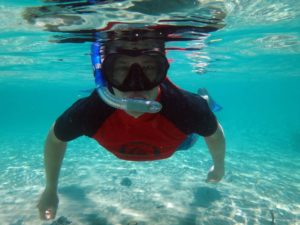 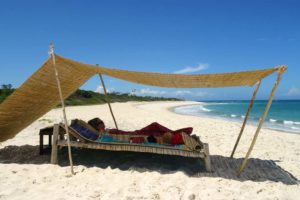 time before lunch for some reading and relaxing! 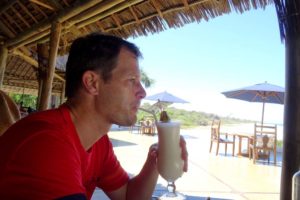 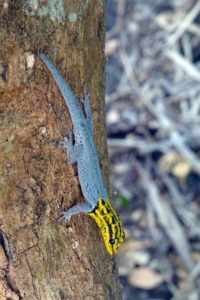 a yellow-headed dwarf gecko. They are almost as imaginative as in Australia with these animal names!