“There’s a turtle hatching on south beach tomorrow in case anyone is interested.” That was the message Jude received on Monday afternoon at 4.47pm. It had been sent 13 minutes prior to our Whatsapp group and needed a response before 5pm. The trip would only be organized if there was enough interest.

There was not enough interest…

So, Carla decided to see if it was possible to go anyway. The travel agency put us in contact directly with the guide from Sea Sense. Sea Sense is a not-for-profit organisation which is trying to protect turtles, dugongs and whalesharks along the Tanzanian coast. The next morning Carla spoke to Juma and was told we would be very welcome to watch the turtles hatch. We made our donation to Sea Sense and drove down to The Lighthouse, a hotel near the nest where we were going to meet our guide Juma, approximately 1.5 – 2hrs drive south from Dar es Salaam.

We arrived early and first had a drink and went for a swim in the warm ocean before checking out the nest located towards the end of the beach. Apparently the nest was ‘ready to go’ so we quickly got changed and headed back over. 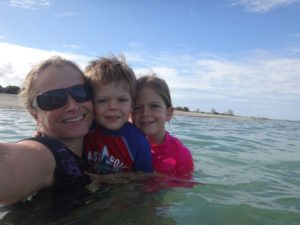 a quick dip with Isla and Evan

Juma, our guide from Sea Sense, gave us an explanation of the nesting process, asked us to read the sign with the do’s and don’ts when the baby turtles emerge from the nest and explained this was a green turtle’s nest. It had been protected with 3 pegs and rope strung around it since the day she had laid the eggs, about 55 days earlier. They removed the rope and pegs from around the nest and created a barrier for us to stand behind. But luckily, as there were only a few people watching, we were allowed to get closer once the hatchlings moved away from the nest.

Before the baby turtles started coming out, they were given a helping hand from 2 of the guys from Sea Sense. They dug out the layer of hard top soil and replaced it with a thin layer of soft and dry sand, making it a lot easier for the little turtles to dig their way out. It was around 4.30pm when the first turtle made its appearance and after a few seconds needed orientate himself he was off in the direction of the ocean, a long way away. 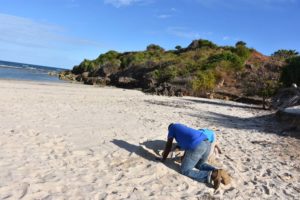 removing the top layer of sand above the nest 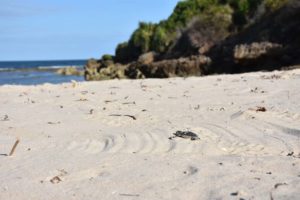 there goes a little baby turtle 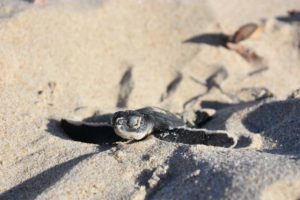 They are so cute!!

It’s a long way to the ocean for a baby turtle, and in this case when they reached the water, it was a rock pool and not the ocean. More climbing was needed over the section of reef before they would actually reach the ocean. I followed one of the baby turtles all the way from the nest to the water’s edge. They move pretty quickly over the sand with their tiny little flippers. 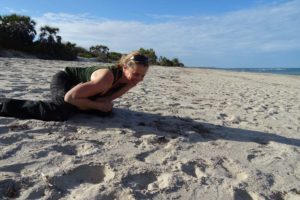 Jude watching one of the baby turtles heading to the ocean 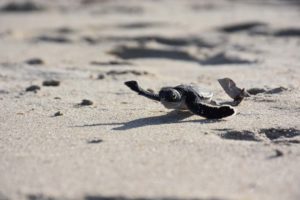 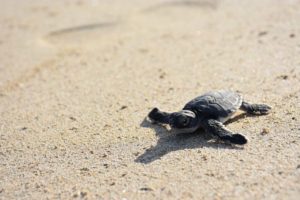 still a way to go… 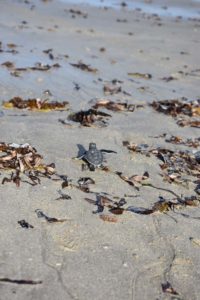 this one is nearly there 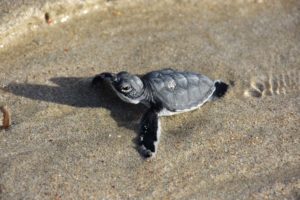 this baby turtle feels water for the very first time! 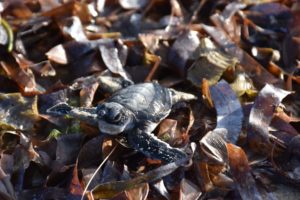 when you are this small, seaweed is quite an obstacle 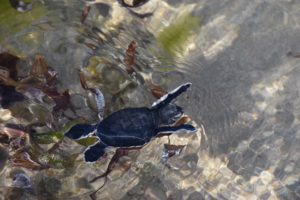 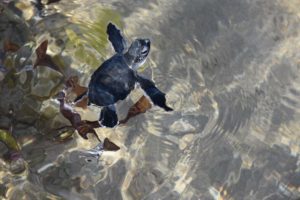 coming up for a breath of air 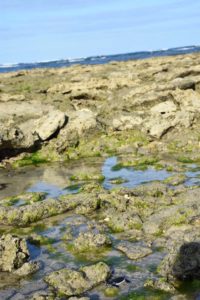 the exposed section of reef the baby turtles had to cross… this one is getting a little confused and heading the wrong way. 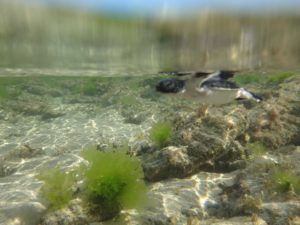 they will spend most of their lives in the water

It would take them just under 2 hours before the last one was safely across the rocks and into the ocean proper. One of the guys was giving some of the baby turtles a (gloved) helping hand to get across the rocks, making sure they weren’t going to be scooped up by a hungry sea gull or a big crab. The poor things must have been exhausted by the time they reached the ocean. 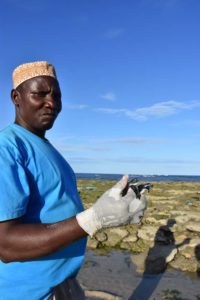 some are getting a ride across the rocks 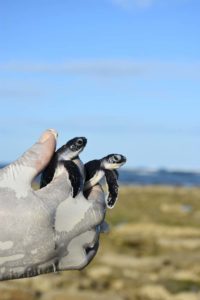 so cute and so tiny!

We had another quick drink before heading back to Dar, trying to get there before darkness fell. Both Isla and Evan fell asleep on the way home, they were pretty exhausted too. What an amazing day!

There is one more nest due to hatch in 2016, we hope we will be able to both go when it happens… 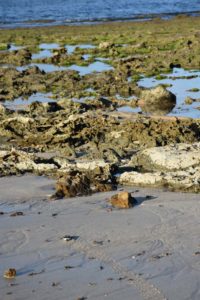 still a long way to go for this one…

If you want to join a trip to see a nest of baby turtles hatch near Dar es Salaam, send info@authentictanzania.com an email and ask them to add you to their mailing list.

You can find more information on the Sea Sense website.

Update: 5 days after Jude went to see the turtles hatch, another nest was hatching on Sunday. This time Jon also enjoyed watching the baby turtles hatch. Here are some highlights from that day: 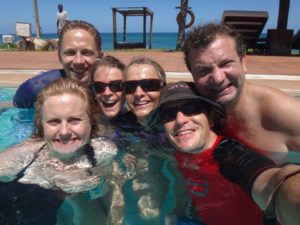 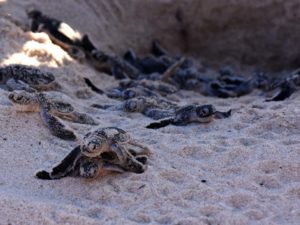 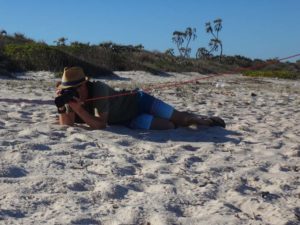 Jon getting close and personal with the baby turtles – how many can you see? 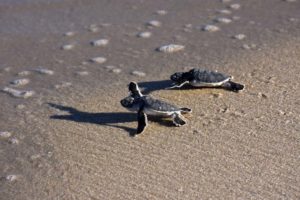 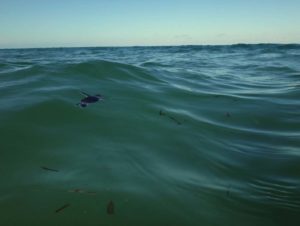 this one made it safely to the ocean 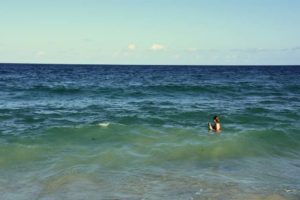 Jude trying to find the baby turtles as they swim past 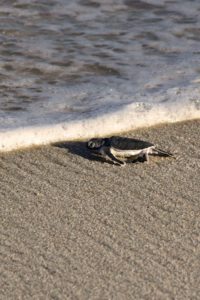 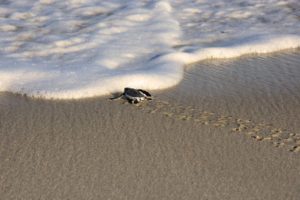 this could be a postcard… safari njema (have a good journey)!