Will We Make It?

This is not a Land Rover vs Toyota discussion. It is very boring and I have heard it too many times.  Does the Queen drive a Toyota? Exactly.

My very kind and considerate colleagues decided they would run a sweepstake on where Lara would ‘die’, that is ‘where Lara involuntarily stops your progress for 24 hours due to a mechanical breakdown’. They might have had a lawyer write this definition. A world map was presented at my leaving drinks plastered with pictures of broken down Land Rovers. I shall reproduce some of the highlights:

“I wanted to put Brisbane in, but that would be stupid because the car has left, so I’m going for Kuala Lumpur”.

Statistically, Mongolia was the favoured location. All I can say is that we intend to spend the rest of the year proving you all wrong. 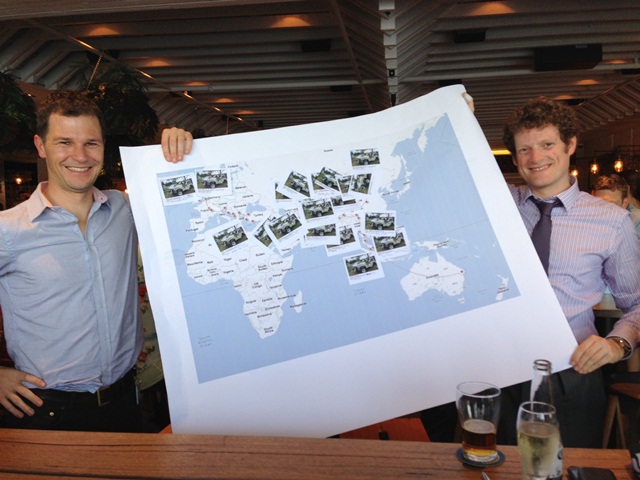 So, will we make it? Really? It you want to read about an epic motoring adventure, you should read ‘Peking to Paris’ by Count Louis Borghezi. He was one of five participants in the 1907 motor race between the two cities. He drove an Itala, an Italian racing car, with no windscreen or doors, cart springs, wooden wheels and very primitive electronics. Sure, he was a Count and had a budget to pay locals to carry his car for sections in Siberia and the Gobi Desert. But he made it, and there were no roads.  I won’t linger on the fate of the others.

We do have spares, we do know where the Land Rover garages are located (there is one even in Ulan Bataar!) and we do have the number of Kevin at Nene Overland in the UK who has supported countless trips like this.

In truth, we don’t know, but isn’t that the essence of an epic adventure?