Another rogaine in the Flinders Ranges. This time it is not as far to drive as it is further south in the Flinders. The actual ranges on the map are the Bendelby and Hungry Ranges and the hash house is located south west of them which means we also have a large flat (ish) area with controls. We first dismiss the flat area, but after checking a few routes we realise the flat area is pretty good for points too and will be a lot faster. Jonno joins us for the rogaine, but arrives later and has to leave earlier. We do a bit of sightseeing on the way back to Adelaide, go for a walk and check out the (optical illusion) of Magnetic Hill – pretty cool! 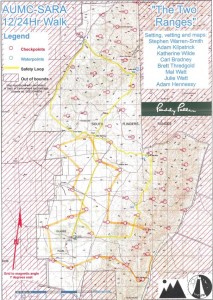 our route (the orange line) 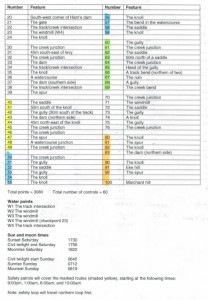 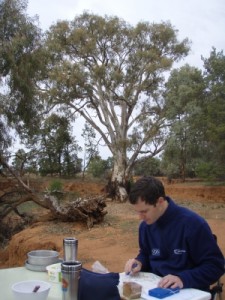 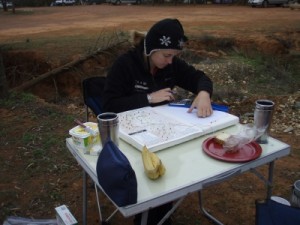 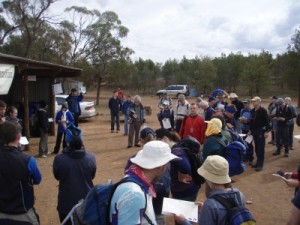 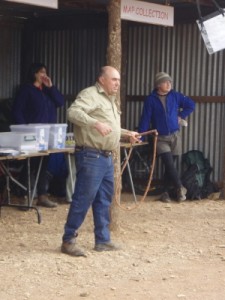 start signal is the whip 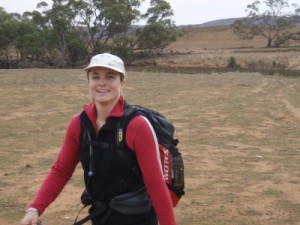 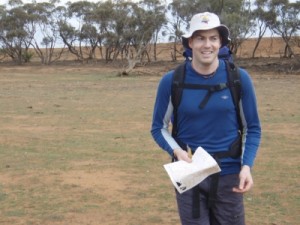 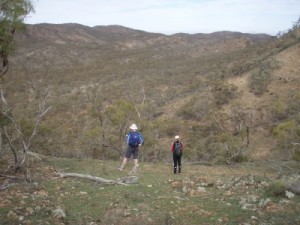 Jonno and Jude looking out over the hills 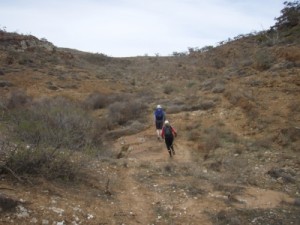 Jonno and Jude on the sheep trails

a control on the top of a hill 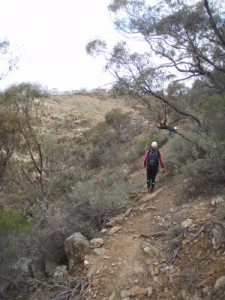 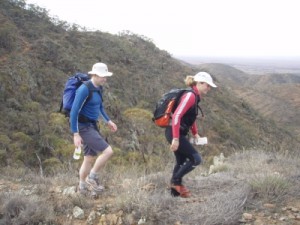 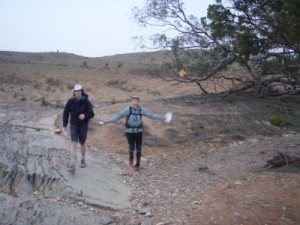 we punched another control! 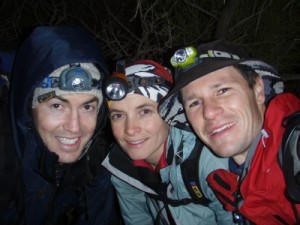 Jonno, Jude and Jon at a control at night