The peaks of Australia

Australia has 6 states (WA, NSW, SA, VIC, TAS, QLD) and 2 territories (ACT and NT), so it also has 8 ‘highest mountains’ – one in each state. And as we were hiking to the top of Queensland’s we were pondering what they were, and if we had been to any others during the more than 10 years we have been living in Australia now.

Queensland’s highest is Bartle Frere. It is just south of Cairns and can be hiked in a long day trip. It is 1611m tall and the hike starts from an altitude of about 100m, so the daytrip takes you up more than 1500m on a 7.5km track (one-way). We decided to hike up after our Hinchinbrook Island multi-day hike as we were in the area. 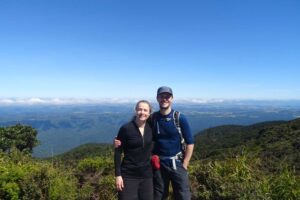 view from Mt Bartle Frere a little below the top

We started in the dark, and after a few snack stops along the way we were at the top admiring some of the views (lots of it was in clouds) 4 hours later. Coming down was only a little faster in 3.5 hours. We managed the hike without picking up a single leech (which is apparently quite unusual). The local indigenous name for it is Chooreechillum, maybe one day we will all know it by that name. 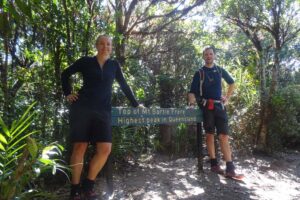 Jude and Jon on top of Mt Bartle Frere (QLD)

Western Australia’s (the state where we have spent most of our time here in Australia) biggest is Mt Meharry at 1253m, and is located in the Hamersley Range in the southeastern part of the Karijini NP. The local indigenous name is a bit of a tongue twister, but sounds much nicer – Wirlbiwirlbi. It is possible to drive all the way to the top, but that didn’t feel right, so Jude and Marcus walked up the last section on a rough 4wd track on the way to the Kimberly in 2009. We had asked for permission from the mining company to drive on certain tracks to get there. 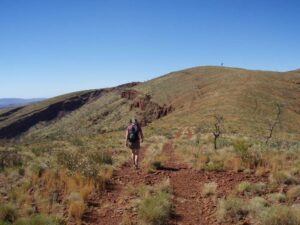 Jude hiking to the top of Mt Meharry (WA) 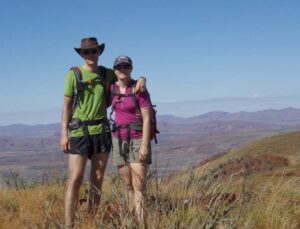 Marcus and Jude on top of Mt Meharry (WA)

The highest peak in NSW doesn’t look very high as it is surrounded by other peaks and high valleys within the Australian Alps. It is also Australia’s highest (on the main land) with 2228m and we were there in the winter (August) of 2011 on a snow-shoeing day trip. It’s called Mt Kosciuszko. Jude also summited during XPD in 2008 as there was a CP located at the top. 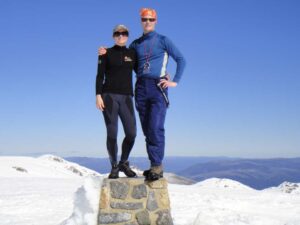 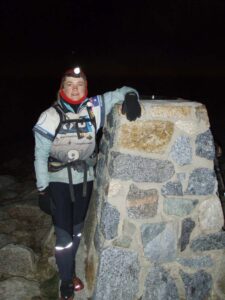 South Australia’s Mount Woodroffe is located on Anangu Pitjantjatjara lands and you need a permit to get there. It is in the far north west of the state and neither of us have been. It’s 1435m tall and the local indigenous people know it as Ngarutjiaranya. 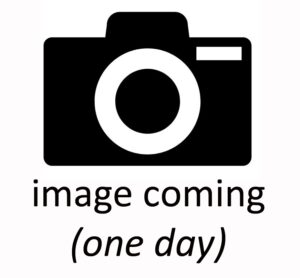 Victoria’s Mount Bogong, at 1986m, is also located in the Australian Alps. Jude has been to the top during the XPD Australian High Country in 2008. Leg 3 of that race was an 85km trek, and included ascending Mt Feathertop, traversing a section of the legendary razorback, and travelling across the Bogong High Plains. Mid trek she passed through Falls Creek Alpine Resort, before ascending Mount Bogong and ascending into the scenic Kiewa Valley for the tranistion to the next leg (kayaking 32 km on the Kiewa River). 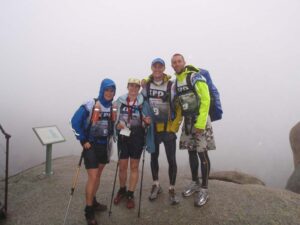 The Yogi’s (Nick, Jude, Si and Tenno) somewhere in the Victorian Alps during XPD. This is not on top of Mt Bogong, but there seems to be no picture of us there. We were probably in a hurry to get off the cold mountains. 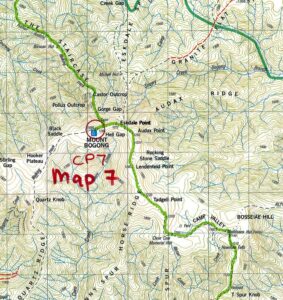 Tasmania’s Mount Ossa is 1614m tall and can be accessed from the Overland track. When we hiked there in 2010 after our mountainbike race Wildside, we were lucky it was a sunny and windstill day. We dropped our big packs at the junction and hiked up to the top where we had lunch and enjoyed the stunning 360 views of Tasmania. 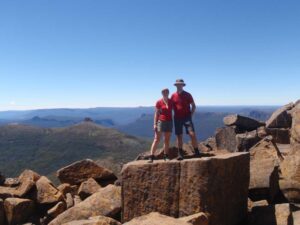 Jude and Jon on top of Mt Ossa (TAS) 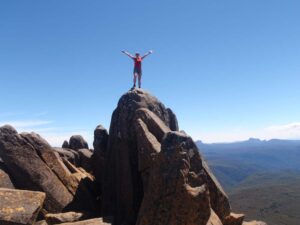 In the Northern Territory the tallest peak is Mount Zeil at 1531m. And although we have been in the area when we hiked the Larapinta Trail in 2007, we haven’t been to the top of it. Mount Zeil is also located in the West MacDonnell Ranges near Alice Springs (as is the Larapinta Trail). The local indigenous name for it is Urlatherrke. 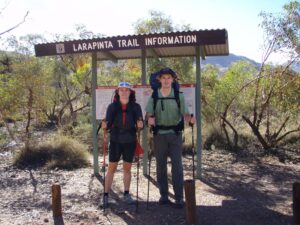 Jude and Jon at the start of the Larapinta Trail

In the ACT the tallest mountain is Mount Bimberi with an elevation of 1913m. It is part of the Brindabella Ranges and is located on the border between NSW and the ACT. Neither of us have been there.

In short, we definitely haven’t been peak-bagging, but we have managed to summit a few of Australia’s highest peaks. Jon has been to 3 (QLD, TAS and NSW) and Jude can claim two more summits (WA and VIC). We’ll update the tally and this post when we can add another summit story.

How many have you been to (the top, not just the carpark at the bottom)?