Have you heard of an aardvark? No? An aardwolf then?

Also not? How about a zorilla?

We’re not making shit up, they exist!! And there are many other animals we certainly had never heard off before moving to Kenya!

How about a pangolin, an elephant shrew or gerbils? Have you heard of them? Or maybe you have heard of African kangaroos, bush babies or the ever-elusive bongos?

If all these animals don’t mean anything to you, don’t worry. You’re not the only one. Even lots of Kenyans have never heard of them and you’d be surprised how easy it is to win bets with these names! Especially the zorilla has great potential!

Of course when we went on our first safari we had no idea about all these animals with exotic names. We were excited about our first giraffe and zebras, we were still trying to work out the difference between a Thompson gazelle and a Grant’s gazelle, and we had to get the book out to find names of lots of animals like the waterbuck, the hartebeest or even the dikdiks.

On our first safari we had no idea there are 2 types of zebras (who would have thought?!) or that Kenya is home to 3 different types of giraffes…

the 2 types of zebra – we love the Grévy’s zebra

A giraffe is a giraffe right? Wrong! There are a whopping 9 different subspecies of giraffes in Africa…

the 3 subspecies of giraffe found in Kenya – masai, rothschild’s and reticulated. Which one do you think is the prettiest?

Everybody wants to see the Big 5 in Africa, and sure, the Big 5 consist of some pretty impressive and amazing animals, but Africa has so much more to offer. There are so many more animals that deserve our attention! 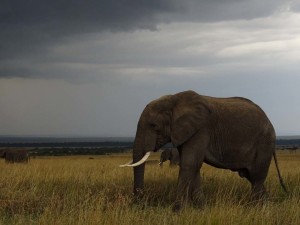 the majestic elephant – one of the big 5 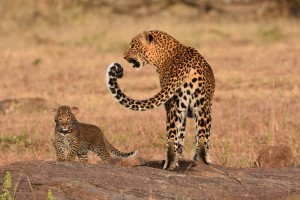 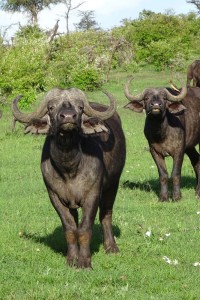 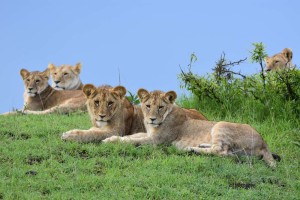 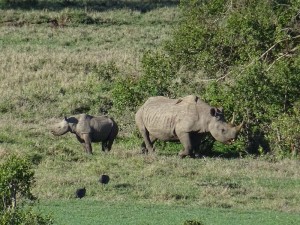 black rhino and calf – one of the big 5

So, after many times seeing the Big 5 (yes, we are extremely lucky that Jude is an excellent leopard spotter), we have shifted our focus slightly and are very keen to see the more exotic animals, often the nocturnal animals, so now we are not only getting up early to go out animal spotting, we also stay out later for some different animal spotting.

We have seen a whole range of rare or hard to spot animals (or both), including some nocturnal ones, and now, after a year and a half living in Kenya, we have a slightly different list of animals we would love to see for the first time. We call it

We would also still like to see a predator hunt successfully, but as you can imagine it is very hard to predict where a hunt will take place. And so, even after a year and a half of regular game drives and spending hours and hours in the national parks, national reserves and private conservancies, this experience remains on our wish list.

We will never tire of watching any animal, but the thrill of seeing an animal for the very first time is a real buzz. It reminds us of the very first elephant or lion we saw, the excitement we felt when we got close to a rhino for the first time, or watched hyenas scurry along the long grass into the distance or disappear into their dens. It is a joy to watch a herd of elephants bumble past, munching continuously as they slowly but surely move through the terrain. Watching any animal in their natural habitat is fascinating and intriguing.

Incredibly we have already been so lucky to see an aardwolf and a zorilla (both in one weekend when Jude’s parents were visiting!). But also the striped hyena, loads of bush babies, a caracal, a (melanistic) serval, common genets (there are another 2 types in Kenya which we haven’t seen yet), elephant shrews, a honey badger, the African wild cat, African kangaroos (the springhare), all 3 types of giraffe living in Kenya, Grevy’s zebra, gerenuks, both rock and tree hyraxes (the closest living relative to the elephant), black mamba (a snake), Colobus monkeys, topi, Bohor reedbucks, 2 different types of oryx, giant forest hogs, bat-eared foxes, different types of mongoose (banded, dwarf, slender and white-tailed), red-tailed monkeys and of course all the ‘usual’ animals. 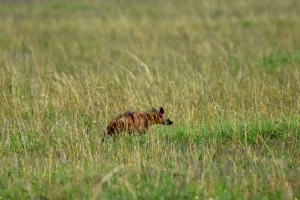 an aardwolf, despite it’s verocious sounding name it is harmless and eats only termites 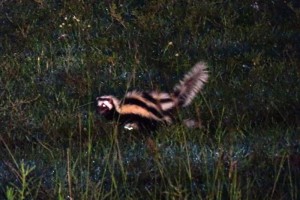 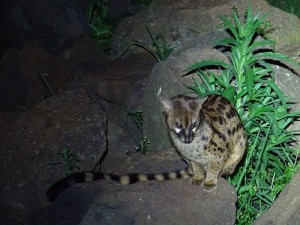 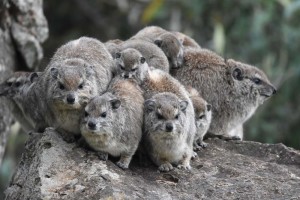 rock hyrax – the closest living relative to the elephant! 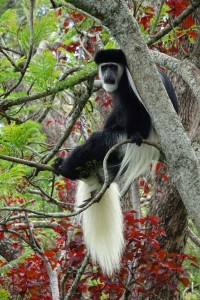 black and white Colobus monkey, if we are lucky we even see them on our weekly run in Karura Forest 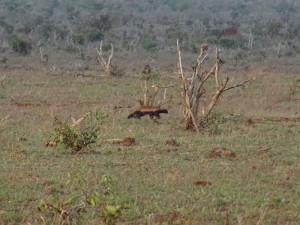 Here are some other ‘lists’ you can try to tick off next time you are visiting! 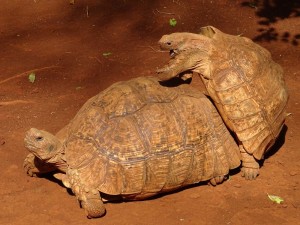 leopard tortoise having a good time

bush baby, very easy to spot with a good torch, but very hard to properly see them as they are very fast and very agile… 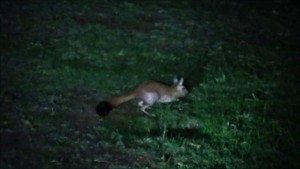 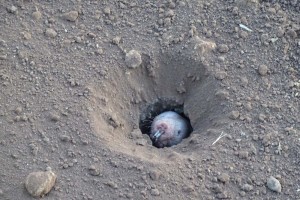 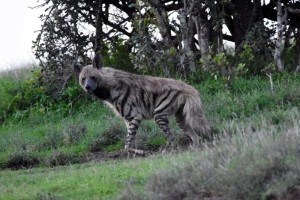 a striped hyena, solitary unlike it’s cousin the spotted hyena 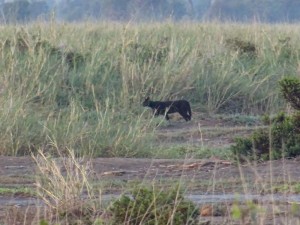 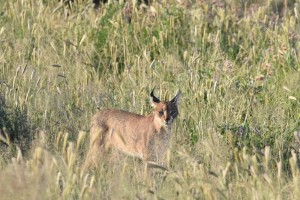 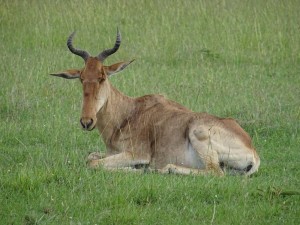 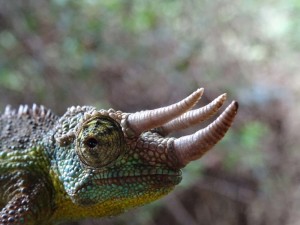