We decided to go back to the Ark in the Aberdare NP. It was our first safari after we arrived in Kenya and we had good memories of it.

And again the Aberdare NP didn’t disappoint. We went on our own game drives and enjoyed the animals we spotted. We had some trouble getting around the park this time as it was quite wet after the recent rains and the tracks were incredible muddy and slippery. We always seem to pick tracks other people don’t drive on and some of them were quite hairy to drive. Luckily we had brought our trusty maxtrax (sand ladders) as without them we would have got very stuck. Several times we needed the maxtrax to make sure the car would continue straight on the track instead of skidding sideways down the, sometimes steep and deep embankments. 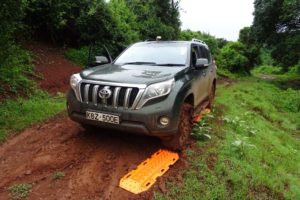 it doesn’t look bad, but due to the shitty city tyres we were not able to go straight on the red mud. As the track was slightly off camber the car wanted to go sideways, but luckily we had the maxtrax to keep us going straight (ish)

We even managed to spot two new bird species (the African black duck and a scaly francolin) and have some good sightings of the usually shy giant forest hog. 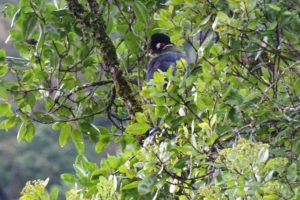 not a new species, but always nice to see a turaco. This is a hartlaub’s turaco. 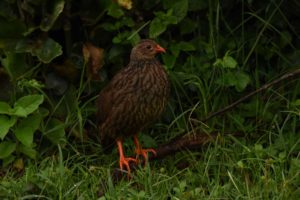 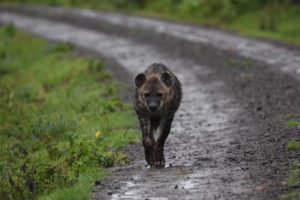 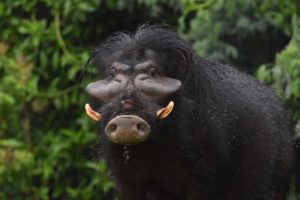 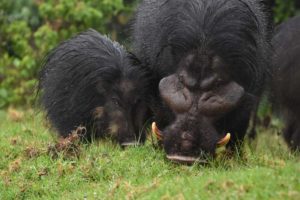 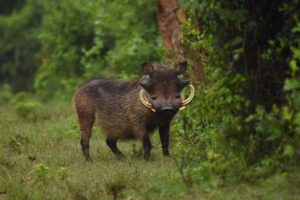 a common warthog, quite a difference in size with the other hog

There were no bells rung that night (which would indicate a special animal visiting the waterhole), but we enjoyed some time ourselves in the bunker after dinner. Watching the elephants from nearby and all the other animals that don’t really know you are that close is still quite special. The hot water bottle at night, even though no longer a surprise, was again very welcome. 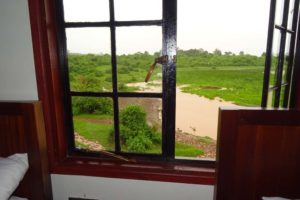 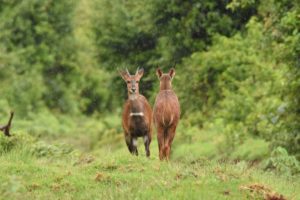 two bushbuck in the rain, cleverly keeping watch to both sides 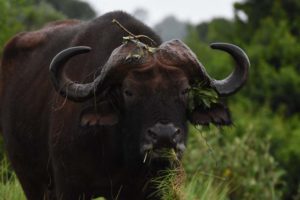 buffalo in the Aberdare NP 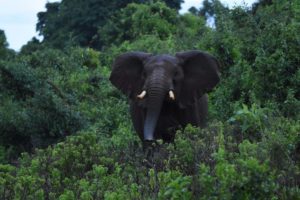 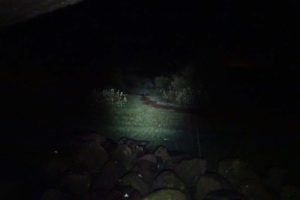 a white-tailed mongoose, always part of the nocturnal crew