We both were supposed to compete, but Jude had her hip operation the day before, so she decided to volunteer instead. After Mark’s birthday party it meant getting up early… Jon was team Woop Woop with Jake and Muz, after Jo-girl had to bail cause she was sick.

Jude looked great in her yellow vest and after the pre-start challenge, she was driven to TA5 where every team had to pass 2 challenges: the musical challenge and a rogaine style challenge. That meant it was very busy which was great: time went fast and it was great to see everybody come through! So many people we know were participating!

At the end of the day Jude was driven back, just in time for the presentations: Woop Woop came second male AND also won the extra prize for the bungee running. So they each won a pair of Teva shoes and a $30 Mountain Designs voucher 😉 Great day of fun with beautiful weather too (albeit a bit nippy). 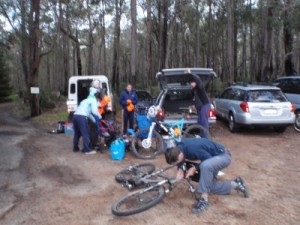 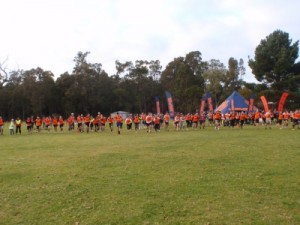 beep test as the first exercise 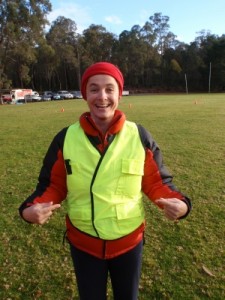 Jude in her reflective vest being all official 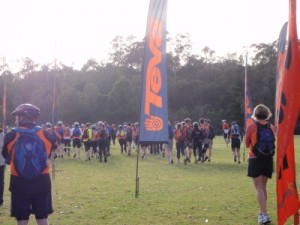 and they are off! 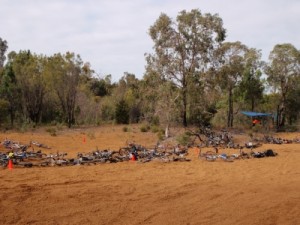 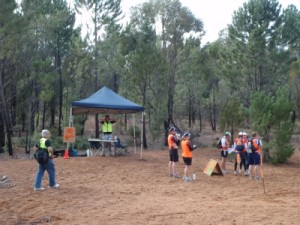 lots of teams coming through from different directions 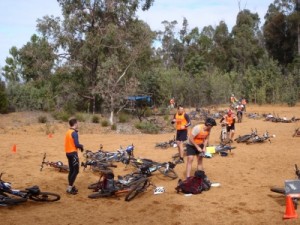 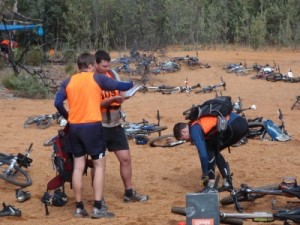 quick check of the map in the TA 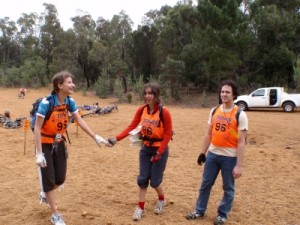 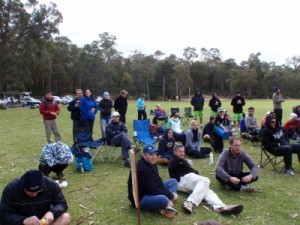 prize giving at the end