A few weeks after the Shompole Marathon we were out on another training run, this time with the Swaras. The group who go running every Saturday morning in a different location in or around Nairobi. That morning we didn’t have to drive far, but we soon found ourselves on the outskirts of Nairobi. The instructions were vague and ambiguous as usual, but we managed to find the primary school from where we would start after having to turn around and ask for directions only a few times. 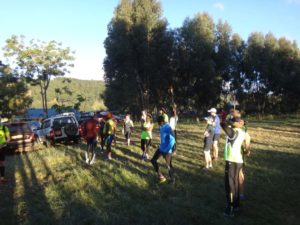 before the run, this time we gathered at a school

The run started a little late and first followed some minor roads through the local village before heading into the bushes on single track. Jude spotted some porcupine quills on the trail and picked them up for her collection. We continued to run with Anne-Marie until all of a sudden the bush thinned out and the single track made a sharp turn to the left and we found ourselves on the edge of the escarpment with a huge drop on our right. We had amazing views of the Rift Valley as we ran along this tiny track. How did they find this? It was fantastic! 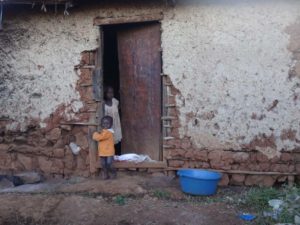 typical house along the run 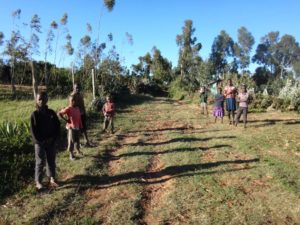 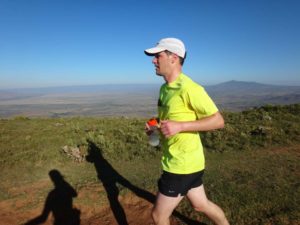 Jon at the edge of the Rift Valley 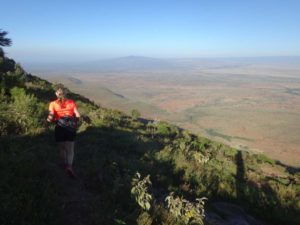 We ran, stopped to take some photos along the way and after several kilometers we left the Rift Valley behind us and were back on forest trails, working our way back in 20km to our starting point at the primary school.

It is mornings like this that really make you appreciate all Nairobi has to offer! 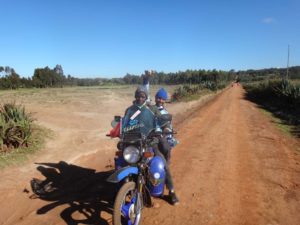 our trail fox Otaro delivering water to those who need it