This was supposed to be a trip we would do with Jude’s parents, but unfortunately it wasn’t meant to be and Jude’s parents went on their own for an amazing weekend in the Selous. However, the Selous River Company was incredibly flexible and allowed us to postpone our trip instead of having to cancel it. And thus, after having spent many weeks in tropical Europe, we finally went to Siwandu as well.

It was a lovely weekend in which we saw some new birds again to add to our list. We are inching closer to the 500 different bird species spotted in East Africa. Nico & Riet had spotted an enormous python, probably 5m long, when they were in Siwandu, but all we managed was a small green snake. 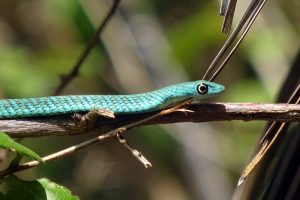 a beautiful snake, probably a grass snake (please leave a comment if you know what type of snake this is)

We did have a nice surprise when we finally worked out why our guide was looking familiar. We had never been to Siwandu, but he used to be a guide at Lake Manze camp. And when we rescued the impalas from the mud, he had been our guide too! 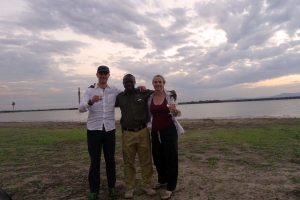 Jon, Alfred and Jude enjoying sundowners at one of Selous’ many lakes

Every day in camp we followed the same pattern. Early morning drive, back for lunch followed by a dip in the pool, and then an afternoon game drive. Unfortunately we were not allowed to explore a little further away. We had never been to the ‘hills’ where the hot springs are, and also Selous’ grave. It seemed like our camp managers were a bit too concerned about fuel consumption and ruled with iron fist over the hours we were allowed to spent in the bush. It was very unusual how inflexible they were.

another lodge with a pool, we can get used to this

Over the course of the long weekend we watched many vultures devour an entire giraffe. She had succumbed in camp after trying to survive with a leg injury, and was unceremoniously dragged a little further out of camp to keep the predators away (after she died of course). None were sighted on the carcass (by us). Instead, it was picked empty by plenty of vultures. Each day a bit more had disappeared until the only flesh left was on the legs, which, it seemed, they couldn’t open up. 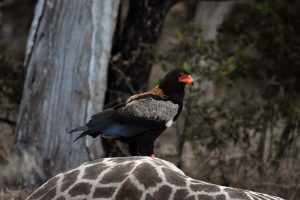 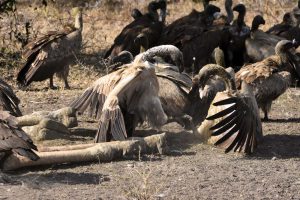 vultures fight a lot to determine the pecking order

many vultures and storks waiting for a piece of the giraffe

We watched monkeys play, a hippo recover from some terrible wounds, a lion and a lioness mate, and tried to find the pale-billed hornbill (unsuccessfully). We also spent hours in the middle of a herd of elephants who were loving the palm nuts that were dropped by the yellow baboons. The antics of a few of the babies kept us entertained when the adults were just relaxing or scanning the ground with their trunks for some more nutty goodness. 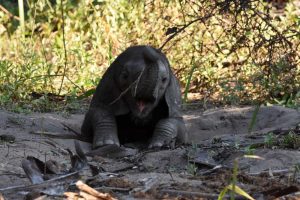 this young elephant was learning how to use his trunk, he was throwing it around a long time

and then thought he was in a marching band 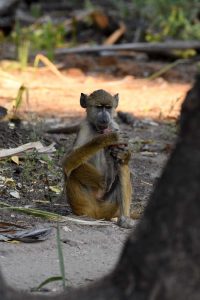 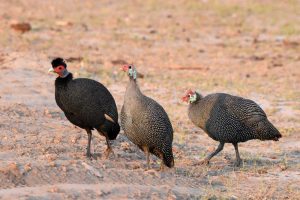 even the huge elands (they can weigh up to 1,000kg and are the largest antelopes) are dwarfed by the impressive scenery in the Selous 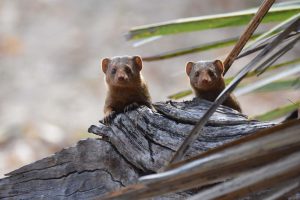 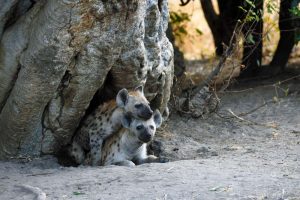 two young hyenas in their den 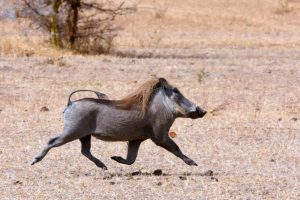 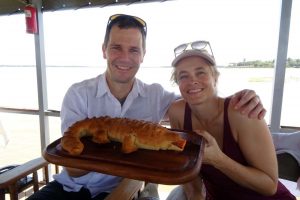 lunch on the lake accompanied by crocodile bread