Pots in the Hills

Tubing in Van Vieng is meant to be an amazing trance party along the river Nam Ao, with lots of bars, slides and dance music. Sounded good, but… we had already heard reports they were closing all the bars along the river… and they had…almost.

It was still fun to float down the river on some truck tubes with Guy and Cheryl, stopping at the 2 bars that are still open (only one played music) for some beers, but it was definitely a lot tamer than it would have been a year ago. I guess the locals got fed up with people drowning whilst drunk on the river (which flows fast in the wet). Can’t blame them. 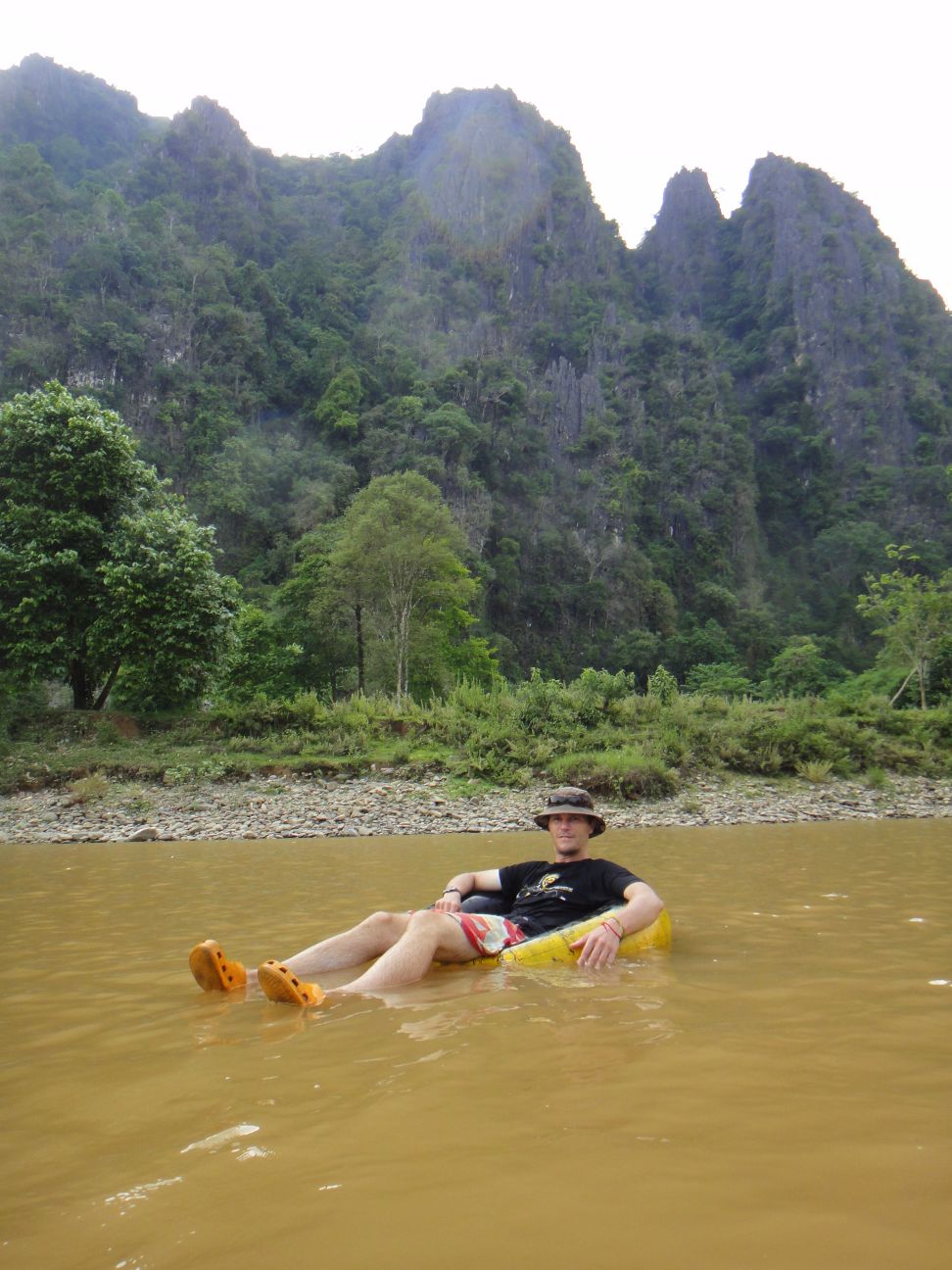 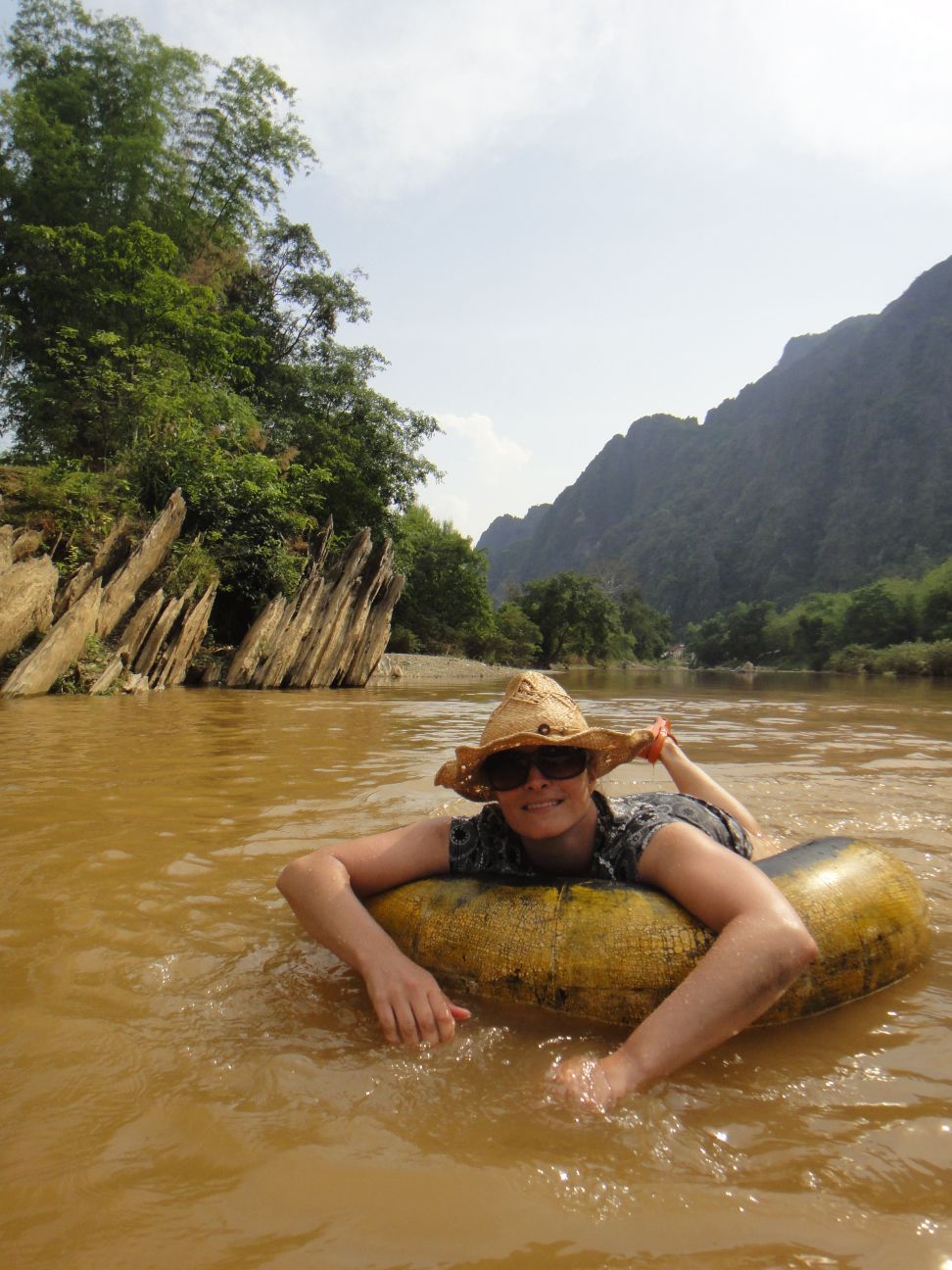 awesome views from the river

We used our bikes to ride to the Blue Lagoon, a local swim hole beneath a massive cave. A beautiful place, very popular with the locals who had come out en masse on this gorgeous Sunday morning. 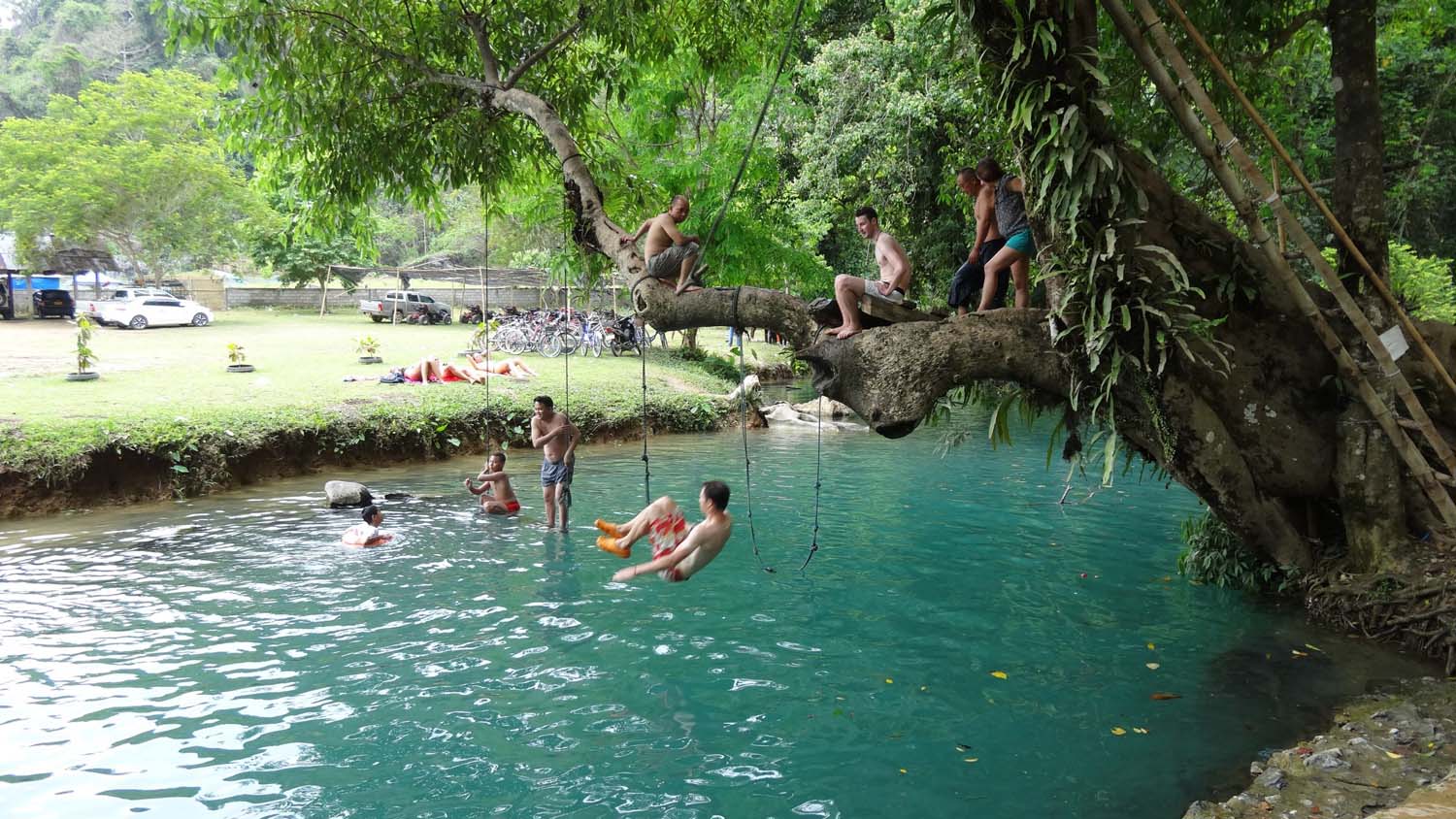 We had a pretty perfect campsite in Van Vieng in a local grassy field right next to the river with some big trees for shade. The family who owned it had kindly given permission to camp there. It was the first time we had a good spot (and time) to get the beach tennis and slack line out. The slackline proofed very popular with the local kids, we hardly had a chance to practice ourselves! 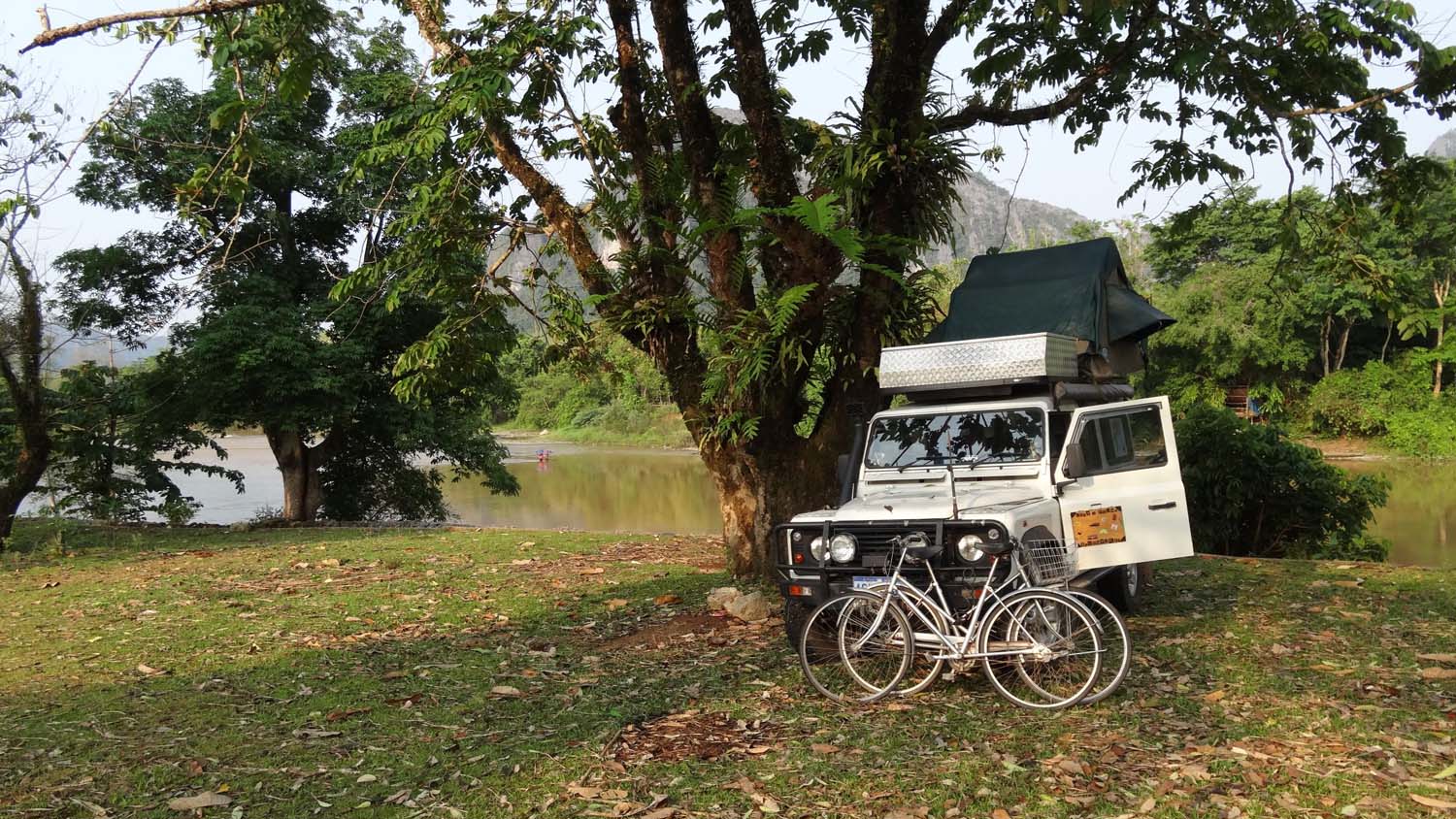 one of our best camp sites yet, right next to the river on grass with big, shady trees 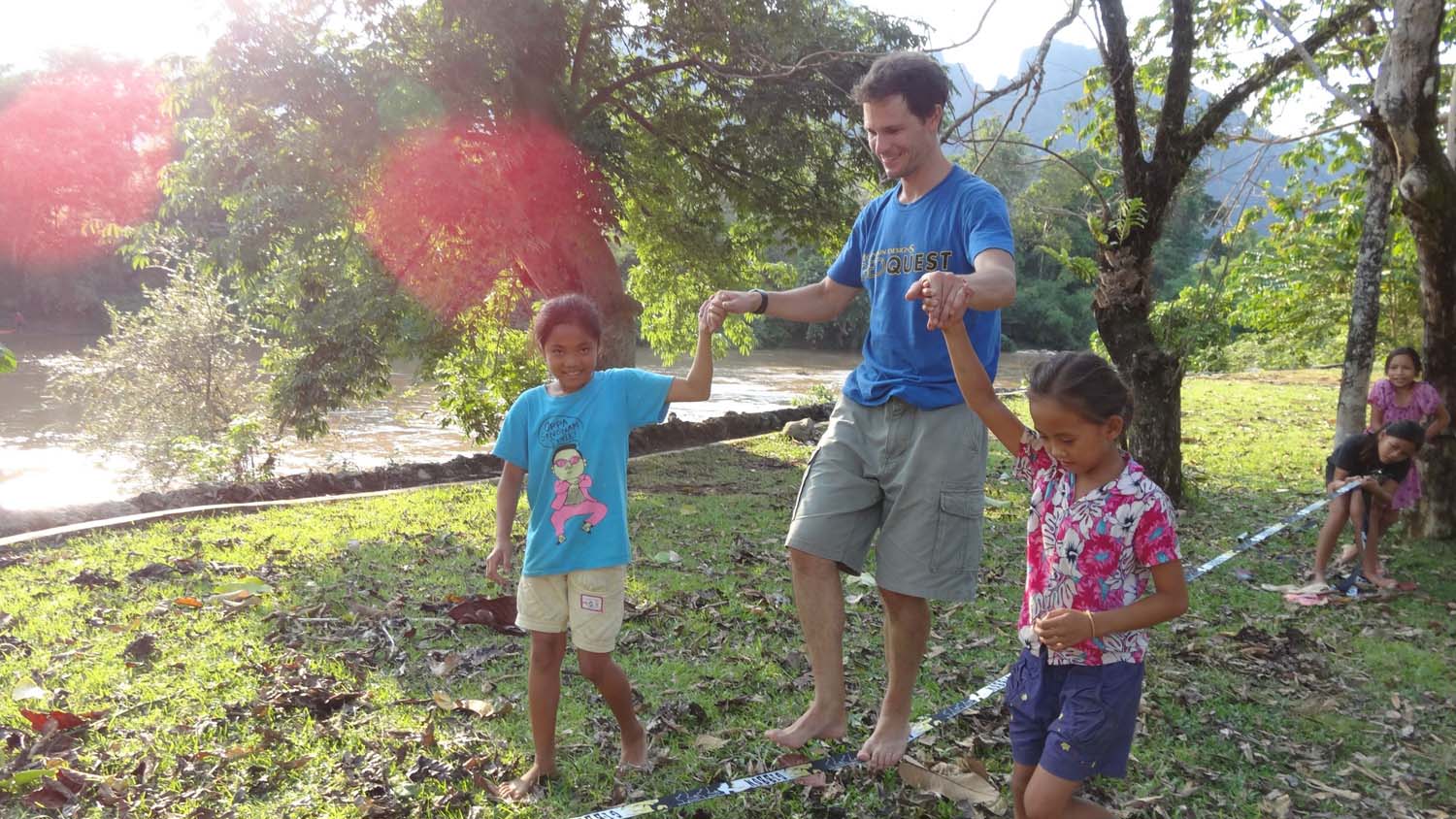 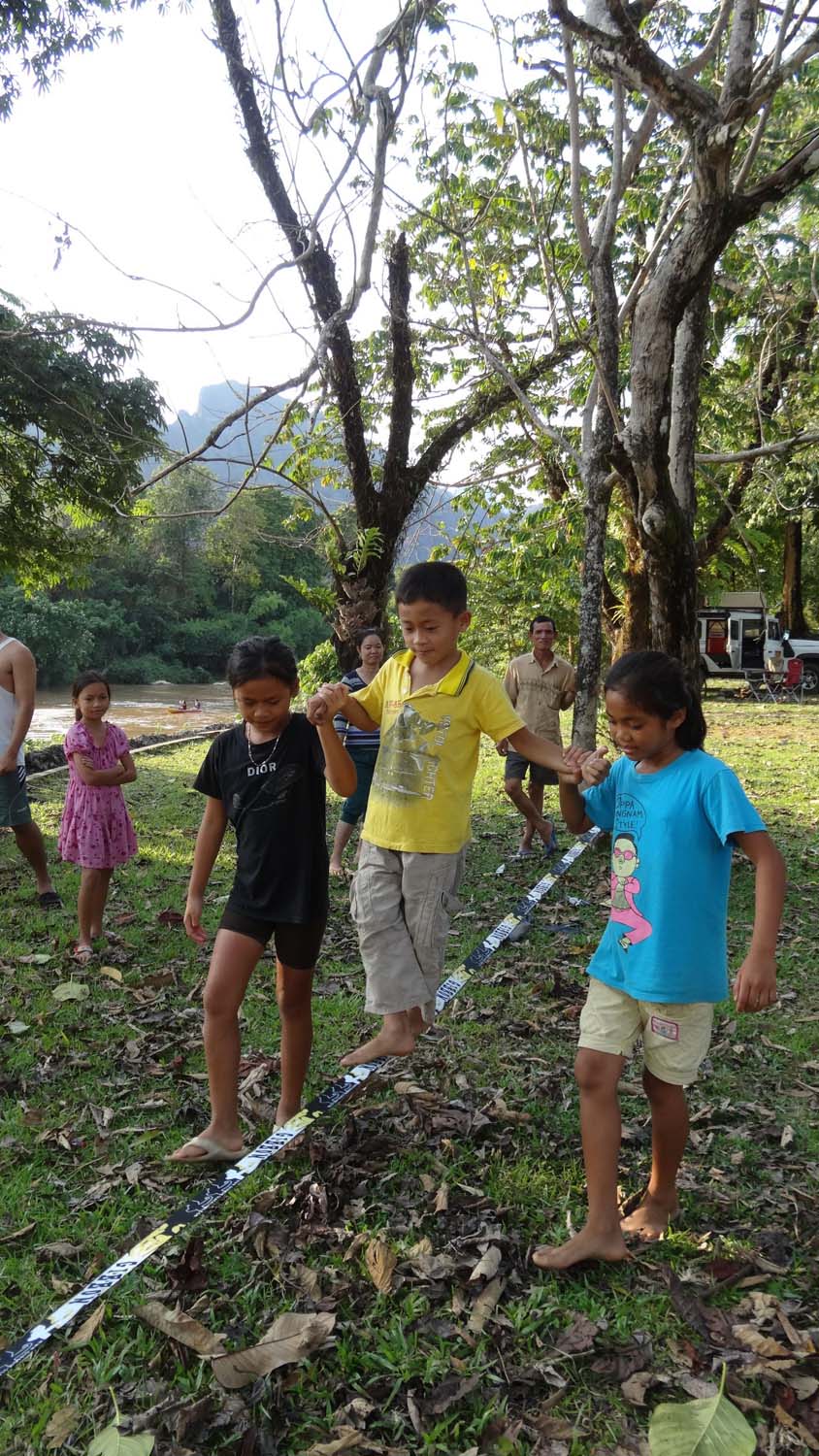 local kids had a lot of fun trying the slackline

It was also a very special day as we received our first note on the car from Lars and Yoril (2 of the people we met on the Gibbon Experience). We joined them for some beers before heading out to the Plain of Jars the next day with Guy & Cheryl.

Surprise, surprise when we arrive in Phonsavan (the town near the Plain of Jars) and are looking for a place to camp we find Miles & Marina (from the water festival in Chiang Mai) camped next to a building site. We all probably have a similar thought process to find campsites! We ask for permission to join them (from the builder) and for the first time on this trip we have 3 of the China couples camping together.

The next day we all marvel at the stone jars that are scattered around different hillsides. And although the archeologists don’t seem sure what they were used for, we unanimously decide they were used as funeral sites although theories of aliens, cooking pots for rice wine and serving pots for the ancient caravans were also considered. 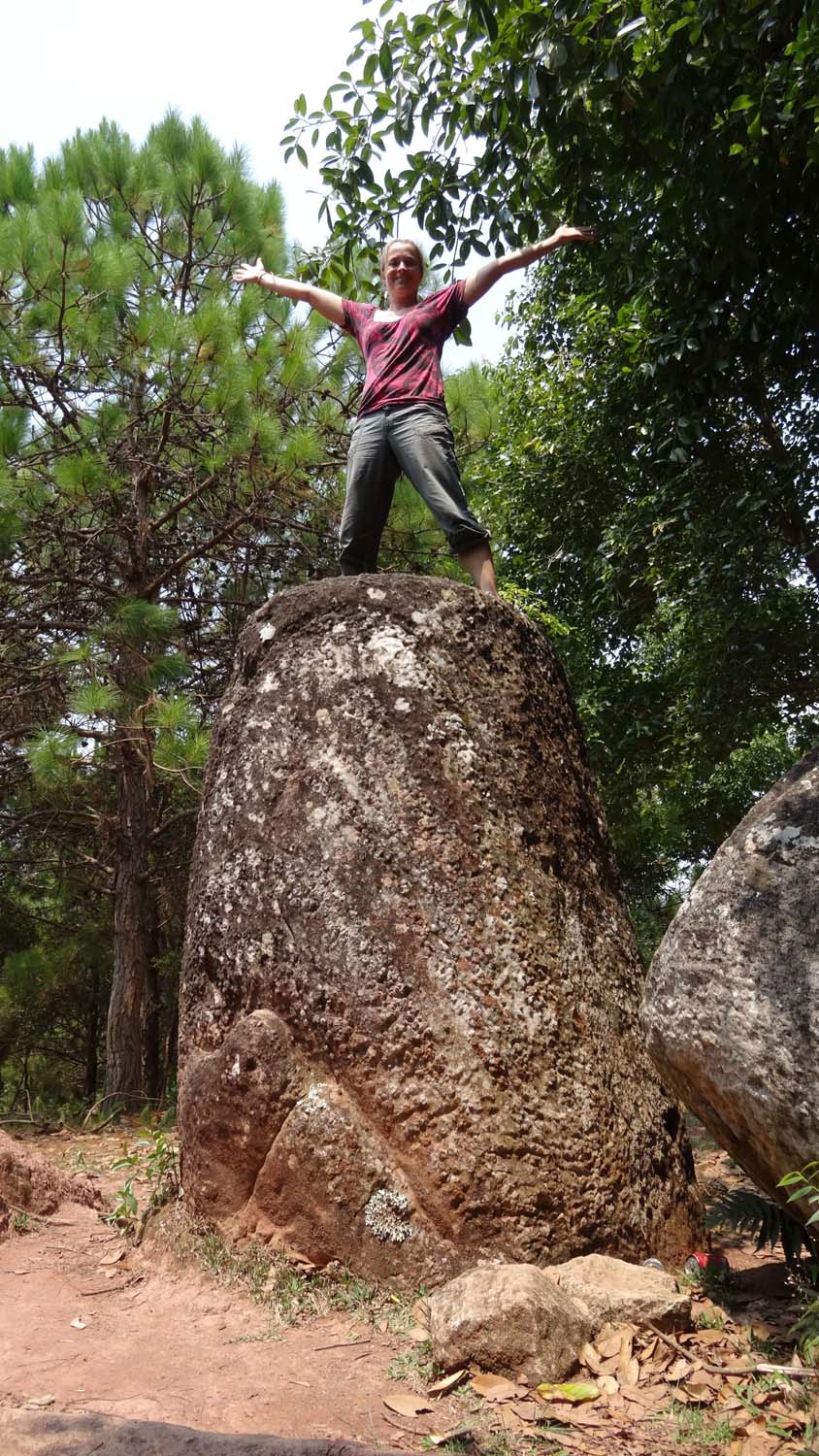 one of many jars in the plain of jars 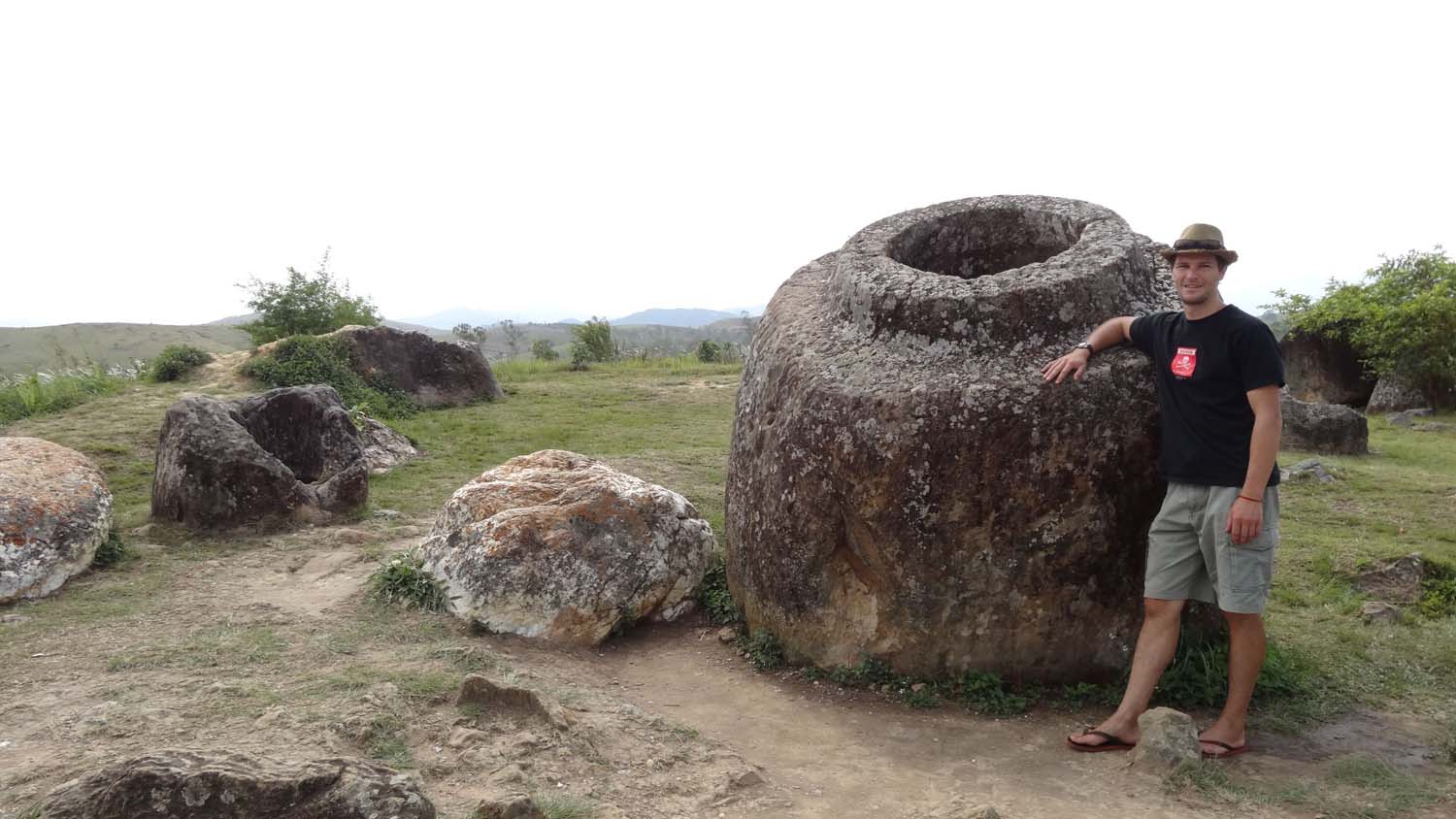 some of the jars are massive

The jars are certainly impressive to see and wander around, similar to the Stonehenge style menhirs at the Hintang archeological site (although a lot smaller than Stonehenge), but the drive to the menhir site was the most fun. A rough 4wd track with some muddy bits and steep hills. Great work out for Lara. 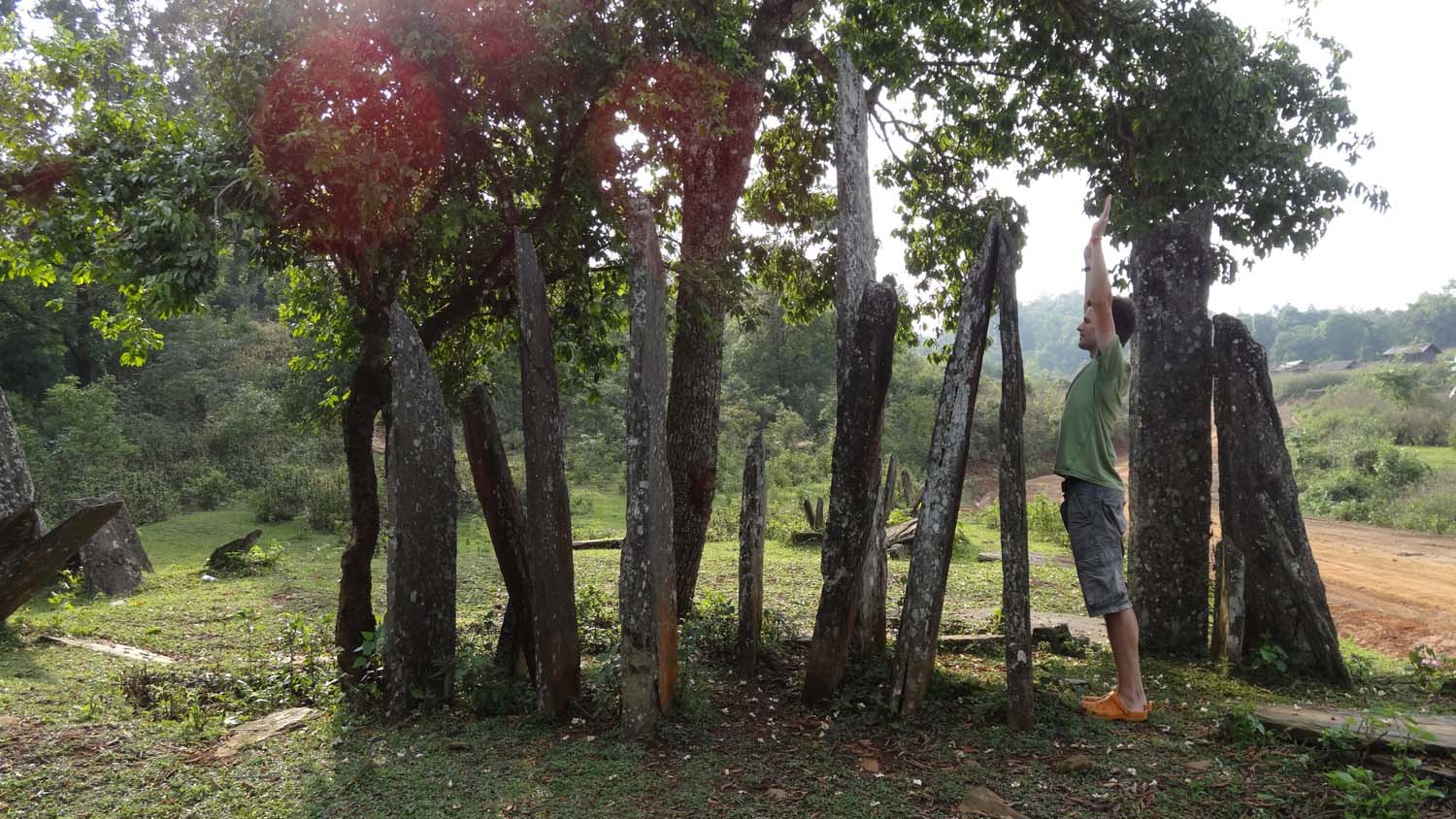