The Otway Odessey – described as being renowned for its high degree of difficulty, being both technically challenging and taxing in terms of altitude gained… 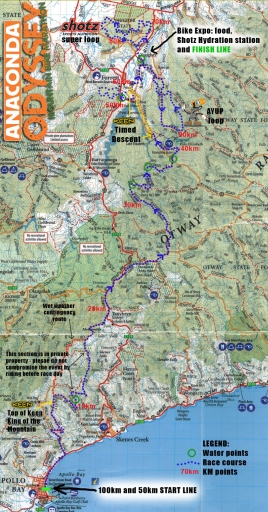 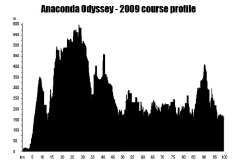 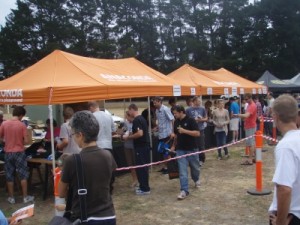 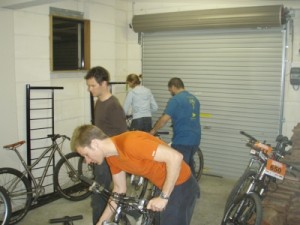 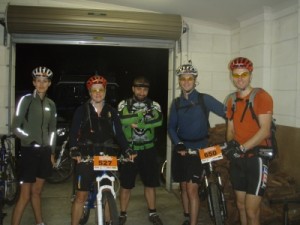 It wasn’t warm at 6.30 in the morning, waiting for the start in Apollo Bay at 7.15. Jude initially wanted to start with the women who were off half an hour before the rest, but decided against it when she realised there were only a handful of women to start in this elite group. 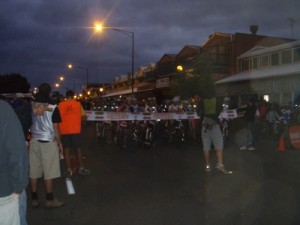 the start line of the elite women 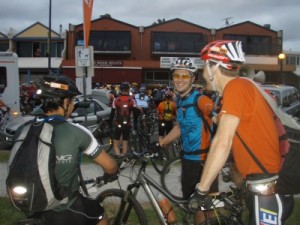 Ted, Jon and Marcus waiting for our start 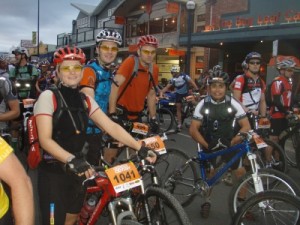 We soon warmed up on Wild Dog Rd which takes you straigh up and over the first range of hills. Ted and Marcus soon left us behind and Dimitri was riding with Alex somewhere behind us. We never saw any of them until the finish line much later – but we’re getting ahead of ourselves now.

The climbs in the first 35km or so were brutal and Jon and Jude tried to ride as much as we could (very satisfactory to ride past a string of push-a-bike guys!). Jon helped pushing Jude’s bike up the hills that we did walk – thanks Jon!

There was only one bottle-neck on the course: a little creek crossing where everybody wondered why people stopped. After that we only stopped for some breathers after a few of the hike-a-bike hills, to re-fill water or to eat something more substantial than lollies. 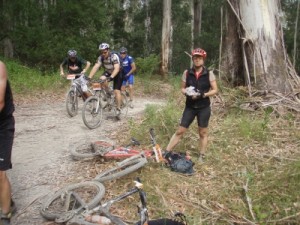 Jude on one of the mini breaks to eat something 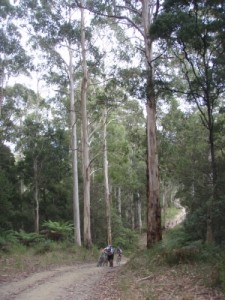 great scenery to ride through 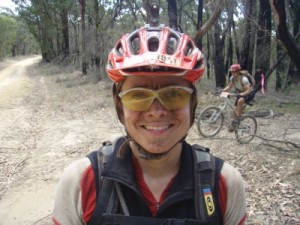 how did Jon stay so clean?

We really enjoyed the loop from the oval in Forrest between 67km and 87km’s, but all single track was fun. Jude had 2 stupid slow speed stacks and one pinch flat after she came off the track for a bit (near the end).

It was a great ride and we are both really happy we managed to finish it. Marcus was the fastest of our lot, Ted finished behind him and Jon and Jude finished an hour or so behind them. Dimitri managed to ride 87km’s (missing out on the last horrible uphills) and Sarah had fun on the 15km loop. 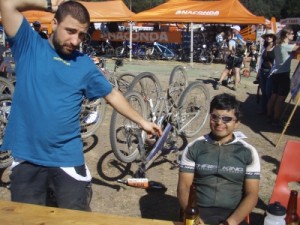 Dimi and Ted at the finish 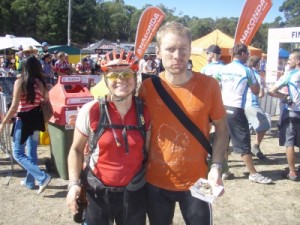 Jude and Marcus at the finish 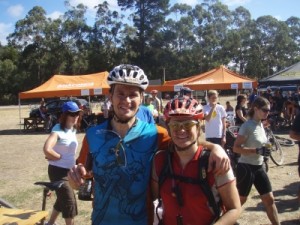 Jon and Jude at the finish – we made it! 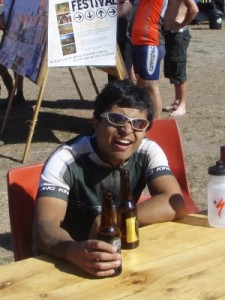 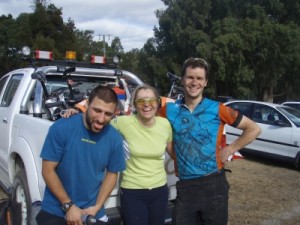 We bought some pizza, beer and G&T to entertain us the rest of the night whilst Dimitri was our Radler quiz master. 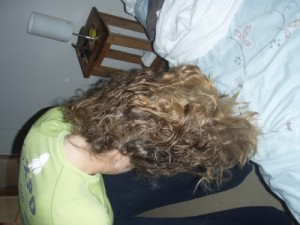 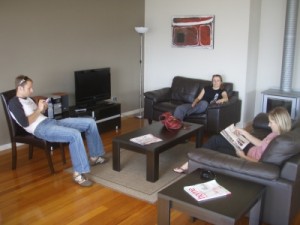 relaxing in our house on Great Ocean Road

Late breakfast the next morning and then we all went our separate ways again. Dimitri picked up ‘his boys’ for the drive home, we bumped into Kain at the café and Jon and I decided to walk to one of the many waterfalls in the Otways, visit the Cape Otway lighthouse and have a picnic on the beach next to 2 of the 12 apostles. We arrived back home at midnight.

one of many waterfalls in the Otways 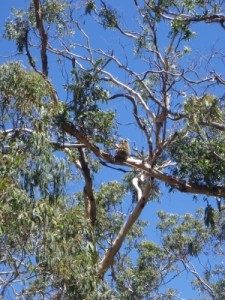 we spot some koalas! 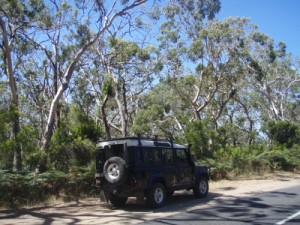 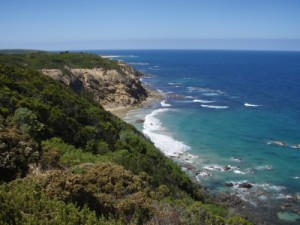 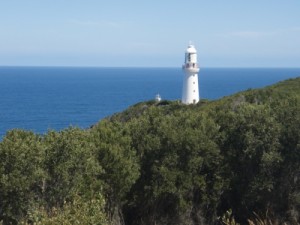 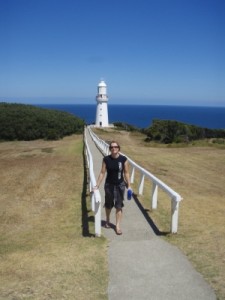 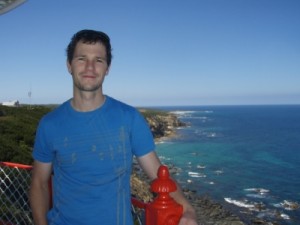 Jon at the top of the lighthouse 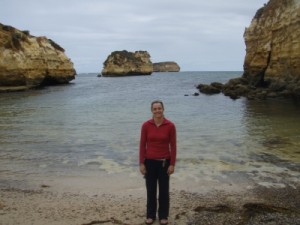 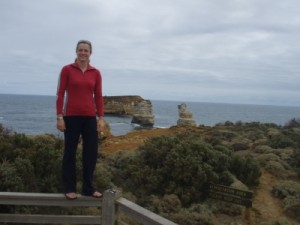 Jude and some of the 12 apostles in the background 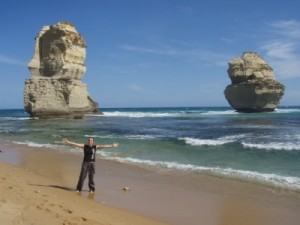