Debbie and Jude were going to Mt Barney for a hike, but when we got there the rangers came to tell us that the park was closed due to a wild fire on the slopes of Mt Barney.

We drove on to the Main Range, on the border with NSW, and did a hike there instead. We followed the Box Forest trail from the carpark just past Cunninghams Gap to the pass and continued on via the Rainforest circuit and the Mount Cordeaux track to Morgans Walk and Bare Rock. We stopped for lunch at one of the lookouts and talked the whole day about all sorts of random things! Great training! 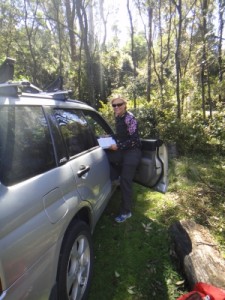 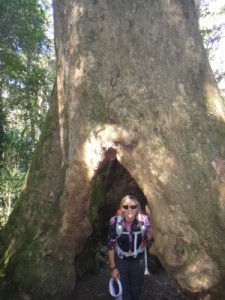 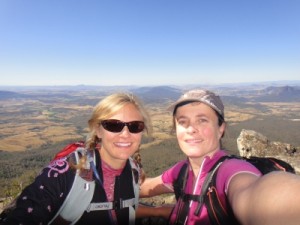 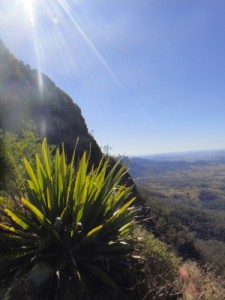 view from the top of Morgans Walk 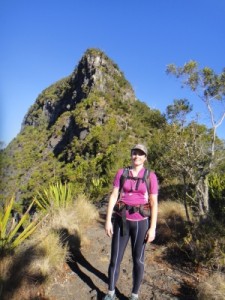 Jude on the way back 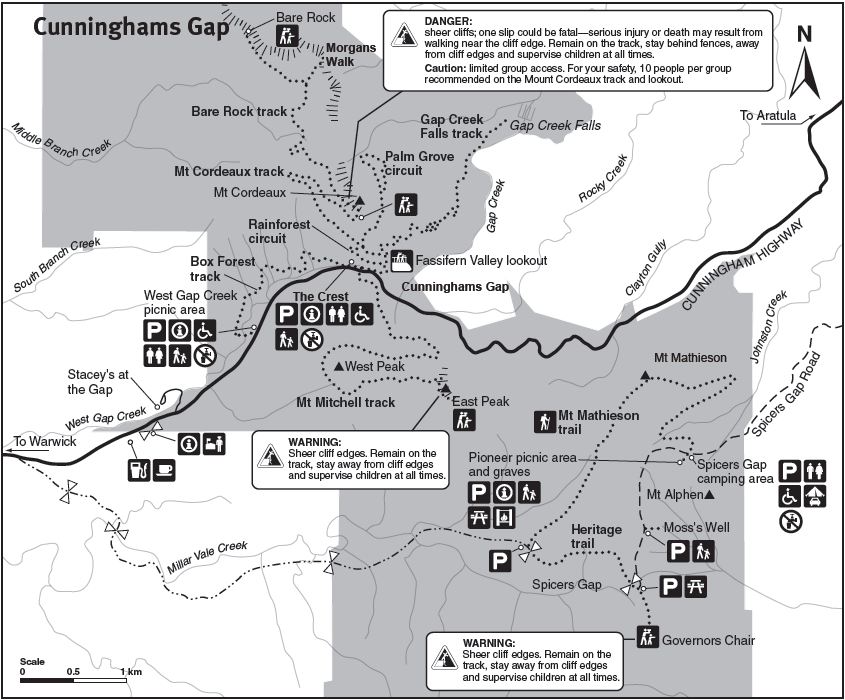