Team Woop Woop goes mountainbiking in the hinterland of Queensland. A beautiful weekend, glorious sunshine, dry and we rock up late for the start. As our plan is to cruise it and have some fun riding in a new area we don’t care about the late start. 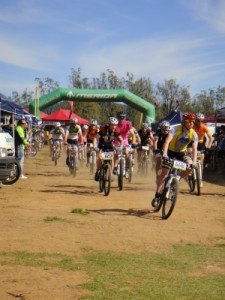 we saw the mass start, but weren’t ready to go yet…

Jon starts the ride and is back in just under an hour, which sets the standard for the rest of the 24hrs for us. Jon’s fastest lap is around 54 minutes, Jude’s fastest time to get around the 14km is 57 minutes. 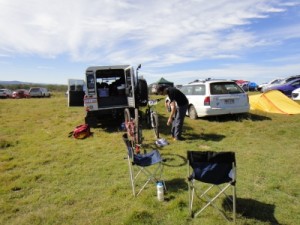 our camp spot – getting ready 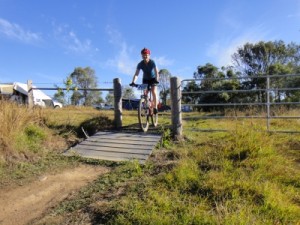 Jude at the start of the trails

Matt also rocks up late and parks next to us and we spend a few hours going around the track and catching up with Matt after each lap before we have dinner together around 6pm. Jon continues to do another lap in the freezing darkness and Jude waits for him with some Amaretto. 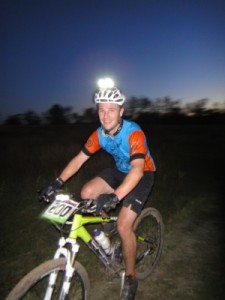 The next morning Jon starts again and we manage to squeeze another 5 laps in to bring the total for us to 11 laps. I’m quite happy with my 4 laps, not a huge amount of kilometers, but it is great to be out on the bike again, can’t quite breath properly yet but getting there! 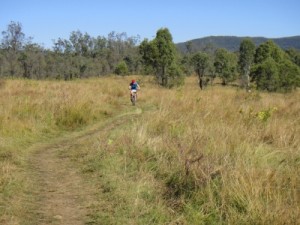 Jude finishing a lap the next morning 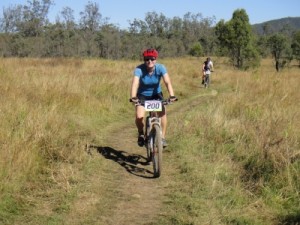 big smiles at the end of the lap – great trails!!

The tracks were great fun. The first time we both went around we thought it was gonna be quite tough, but each time we went around after it just got easier. Quite technical in places, but with heaps of fun flowing single track, quite a few rock gardens and lots of weaving back and forth over the creek – sometimes using the new bridges. 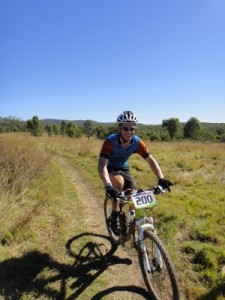 We came second in the mixed pairs and won quite a few prizes and I won one of the fantastic spot prizes (Ay-Up lights). 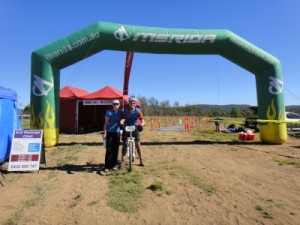 After the ride we decided to have lunch at the restaurant of the resort and Jon had one of the best steaks he has ever had (my fish was very tasty too). The resort might be a bit too expensive for a stay, but I am sure we’ll be back to ride some of the other trails and enjoy lunch (or dinner) there again – it’s only 1 hour drive from home!

view from the resort where Jon had one of his best steaks ever!

Below is roughly the loop we did, with some minor changes due to the washed out state of some of the tracks after all the rain here.

‘007’ and ‘rock bottom’ were the fun downhill sections and ‘bear valley’ was very fast, smooth over grassland. Instead of going around the back of the billabong we went along the front of it because of a massive gap due to the rains where the track normally goes. (Click on the map for a slightly bigger and sharper version of it.) Oh and aeroplane isn’t just the name of the track – there is actually a plane in the middle of the bush. It looks like it crash landed there a while ago! 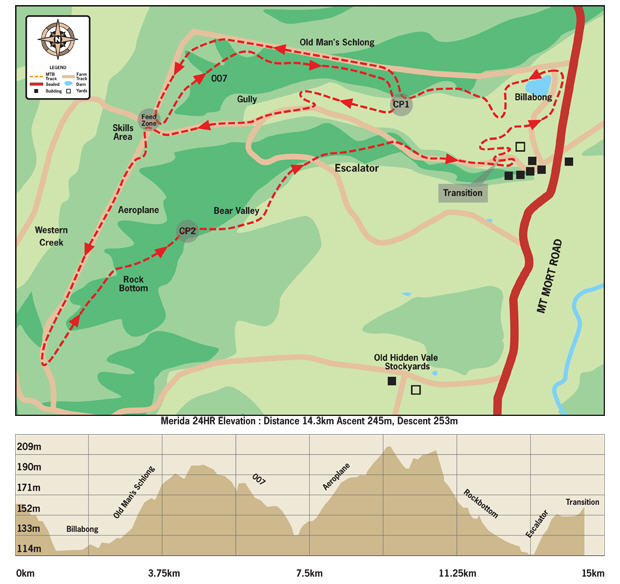