We leave Saturday morning (after having cleaned to house again for the open house on Sat and Sun…). The forecast for Adelaide is hot (42 degrees) and Melrose is always a few degrees hotter (it turned out to be 49.2 apparently…). We stopped on the way for a nice lunch at a cafe in … And arrived in Melrose around 3.30pm. Still too hot to ride we decide to lounge in the camping area – which we have all to ourselves! At 5pm we decide it is not too hot anymore and we hop on our bikes for a quick ride around the local trails just behind the camping area. We ride around Benchin a couple of times, try to clear the track as a massive log has crash landed on the trail and finish with Dodging Bullits. We only walk one tiny section of that track 😉 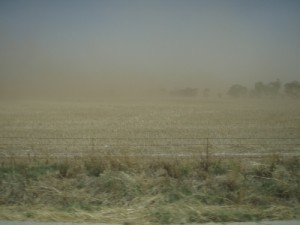 a massive dust storm on the way to Melrose 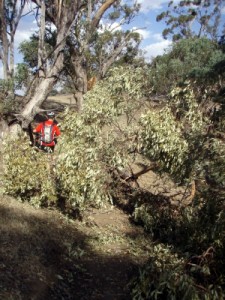 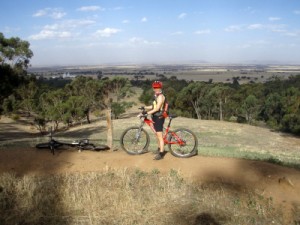 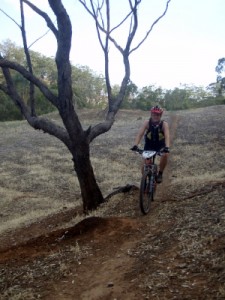 Jude on the trails

Dimitri arrived 10 minutes before we finished and he was going to check if we could have dinner at the North Star – the best pub in town for gourmet food. Jon and I had a shower in the mean time – oh what a luxury! – and when Dimitri came back he brought some bad news… The North Star was closed so we had to dine in the local hotel. We took some Barefoot ‘home’ and enjoyed these whilst stretching. Hardly any mozzies (is it too hot for them?) again!

The next day we get up early-ish as we are meeting Alistair from Over the Edge for a ride. We start with a loop very similar to the first ride at the Fat Tyre Festival, linking those trails back to Benchin, Hellrose, On a Bender to Greener Pastures which is the way back out. 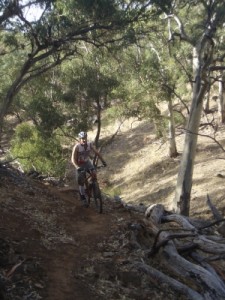 Alistair on the trails 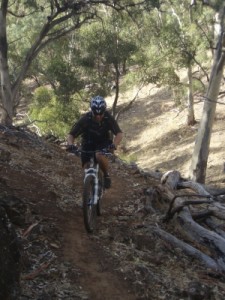 Dimitri on the trails 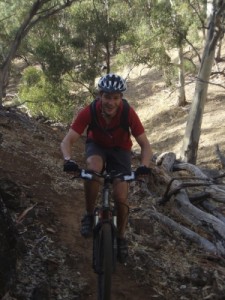 Jon on the trails 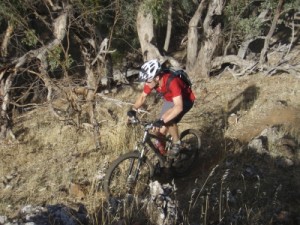 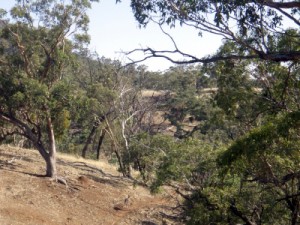 there are some amazing trails in this National Park

I had the first stack already on the Big Rhua and got scared of the off camber, Jon had the second stack and Dimitri blew up his tyre as he landed from a little jump! I lose confidence and take a break whilst the boys add another little loop to the route. On the way out we find a massive branch blocking a trail again – one that had not been there a few hours earlier when we first passed that point!

Back for second lunch, followed by some retail therapy (we all end up with Ergon grips and both Jon & Dimitri buy a very cool riding top from Melrose. After fixing Jon’s bike we tackle some more riding around Bartagunyah, followed by some more Barefoot at the back of Over the Edge. 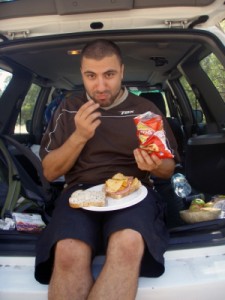 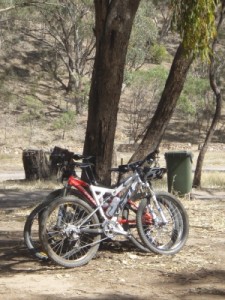 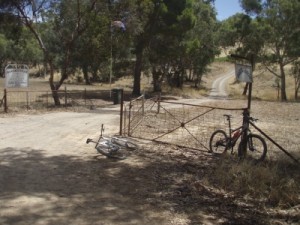 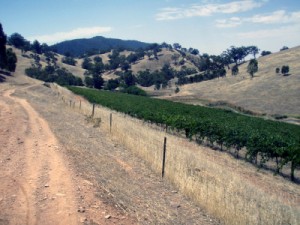 overlooking the vines which look very green as they are irrigated 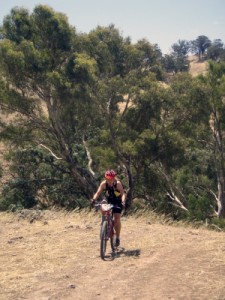 Jude on the trails

some areas are quite open 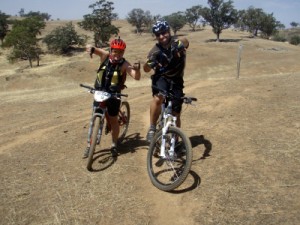 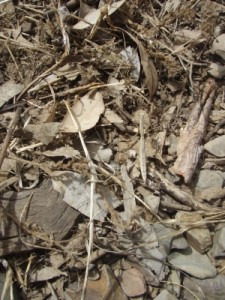 can you spot the cricket?! 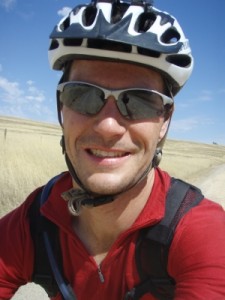 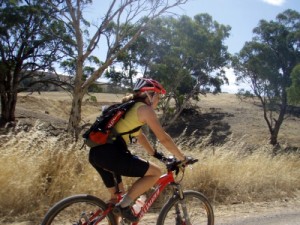 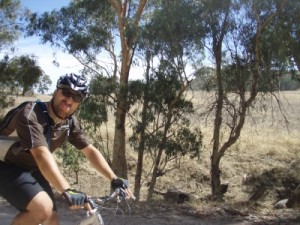 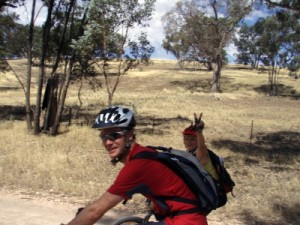 We drive home via gorge road to Port Germein from Murray Village – definitely a faster drive home! – and stop on the way for some pickled prawns, grapes, watermelon and pineapple. There are no prawns left by the time we get home…! 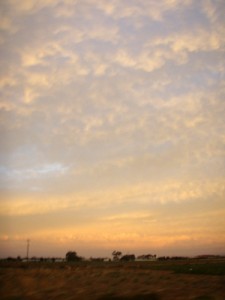 great sunset on the drive home