Many, many years ago Jude once promised her dad that they would run a marathon together. Fast forward to 2009 and Jude’s mum and dad fly over from the Netherlands to Australia for a visit. And a run.

Months ago we set our sights on the Sydney marathon. We got our entries in on time and now all that was left was training for it.

And then, 6 weeks before the marathon Jude breaks several bones in her back doing the Avon Descent in Perth (breaking off 4 transverse processes), and seriously jeopardises the possibility of running the marathon together. She decided (after consulting her surgeon and physio) that she is going to try to finish anyway and continues training. No running unfortunately, but a gym membership allows Jude to use the elliptical machine and walking in the pool. 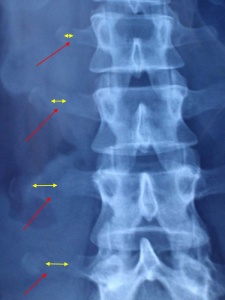 4 transvers processes have broken off…

A few days before the marathon she gets the ok from the physio to try a run outside and she manages a 5km run in Kings Park without too much trouble. Heart rate when walking out the door to start the run broke through 200, nervous perhaps?

We all fly from Perth to Sydney together and on arrival tour the tourist sites, including the botanical gardens, Bondi Beach and the Opera House with views of the Sydney Harbour Bridge. The Opera House will be the finish line and the Sydney Harbour Bridge will be closed to allow the runners to start by crossing it. They are using the course from the Olympics (see map below for course overview). 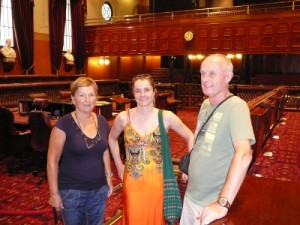 we visit the parliament building 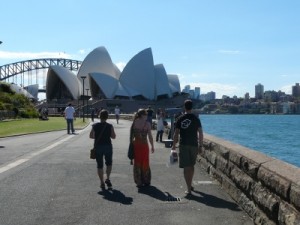 Opera House and the Sydney harbour bridge in the background 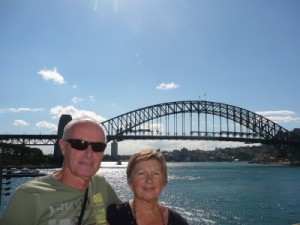 Nico and Riet with the Sydney Harbour bridge 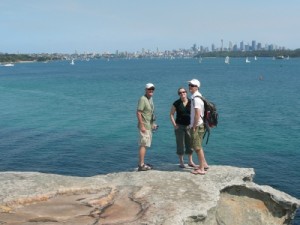 exploring the beaches and bay around Sydney 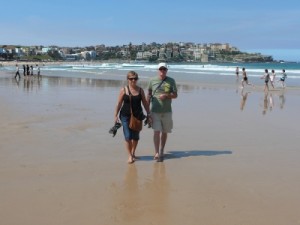 Nico and Riet on Bondi Beach

And on 20 September 2009 Jon, Jude and Nico (Jude’s dad) all arrive at the start line on time. We decide we won’t wait for each other, but all run our own race. We’ll meet again at the finish line where Riet (Jude’s mum) will also be waiting to cheer us in. 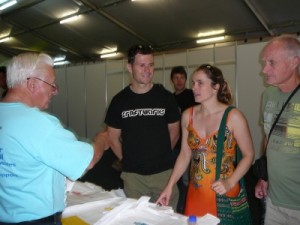 picking up our race numbers 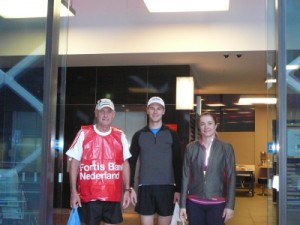 leaving the hotel on the morning of the marathon

It is a long run for all of us. Jon does really well and finishes in 3hrs and 43 minutes. Nico struggles a bit with the heat and the hills, but also finishes respectably in 4hrs and  35 minutes. Jude manages to run until the 36km mark and then walks and runs the remaining kilometers, finishing the marathon in 4hrs and 54 minutes. 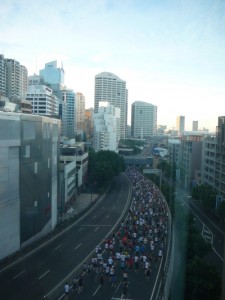 the view of the marathon from our hotel window 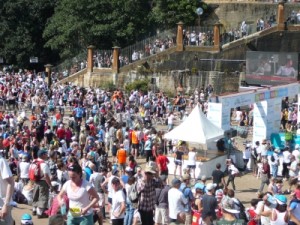 lots of people at the finish line 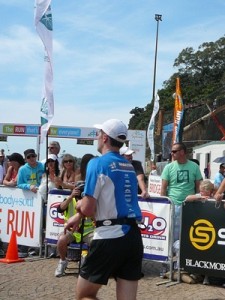 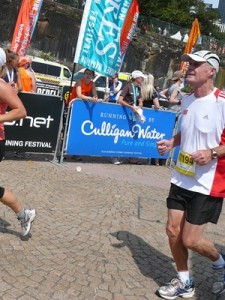 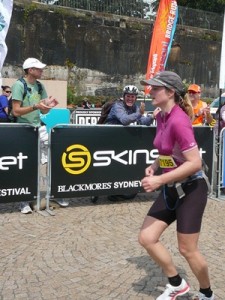 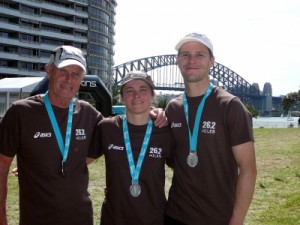 The course is fantastic, especially the first half. None of us were sent on a short course by the officials for not making the cut-off times and we all finished! Jon and Jude’s first marathon! 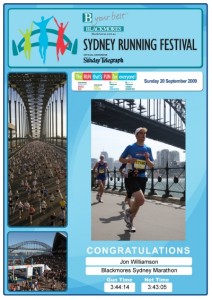 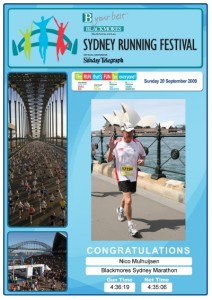 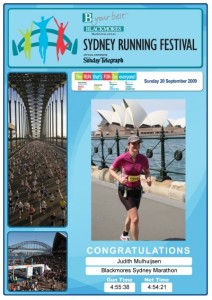 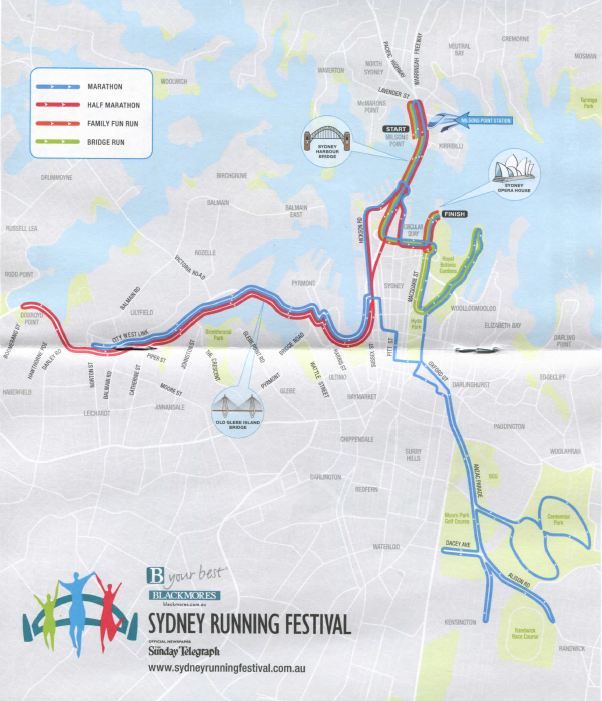