Mike organised the cyclegaine on Saturday, but Jon had to work. That meant I went on a blind date with Olga. We had a great time picking up most of the CP’s we set out to do after a slightly late start. Probably covered around 40km and ended with 1170 points, enough to win first female team (we were also the only female team :-)) and 11th overall. 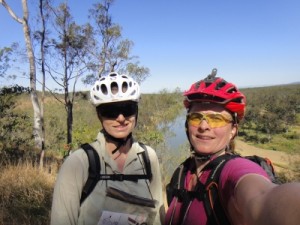 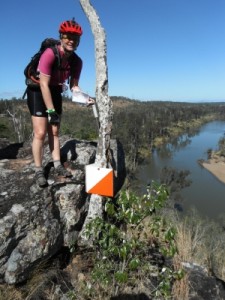 CP with a view

After the ride Rachelle and Debbie had some awesome food for the bbq! Homemade quiche and salad – yumm!

Picked up 4 checkpoints on the way home before dropping off everything at the rogaine shed with Debbie.