Jonno was keen, Ingo was keen, Todd was keen, and we were keen. We just needed to find a date that worked for all of us and that proved a little tricky.

But we managed, and on the actual morning we drove up to Buderim and met at Jonno and Angie’s place. We got our gear together, hopped into Todd and Ingo’s cars for the drive up, stopping on the way for a second breakfast (and some coffees).

We dropped Todd’s car off at the exit and all hopped into Ingo’s car for the 4wd track to the start location. Halfway up the hill we had to let the engine cool off a bit, it was turning out to be a hot day despite the forecast saying it was going to be cloudy an cool. 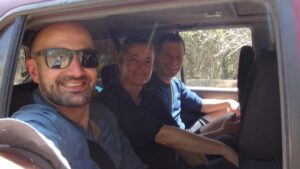 the crew in the back

We found the location and grabbed our gear for the hike through the paddock to get to the gorge for our first abseil. The hike in was quite short. Jonno set up the rope and Todd went down first, followed by Jon, then Jude, then Ingo who had been taking some photos with Todd’s camera from the other side of the gorge and finally Jonno who took down the rope. 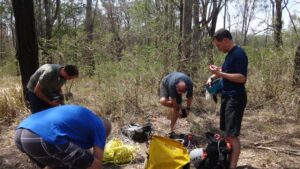 getting ready for our hike in 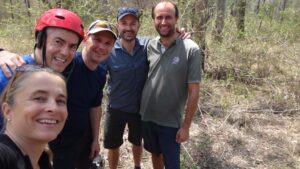 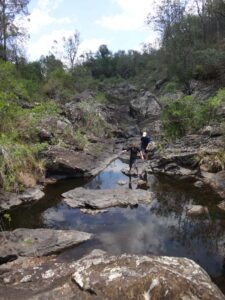 rock hopping to the start of the first abseil 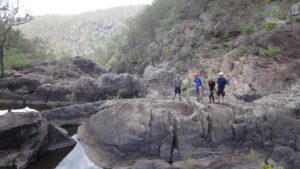 Ingo, Jonno, Jude and Jon in the creek – isn’t is a stunning place? 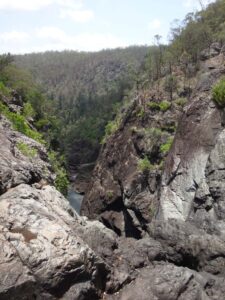 we’re going down there 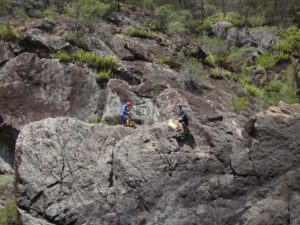 Jonno and Todd setting up the first abseil 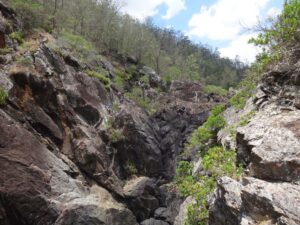 Can you find us? There are 4 of us in this image – Jonno, Todd, Jude and Jon 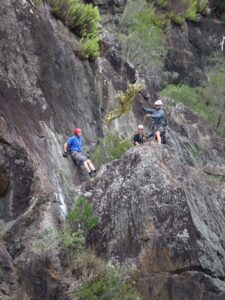 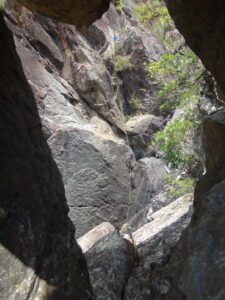 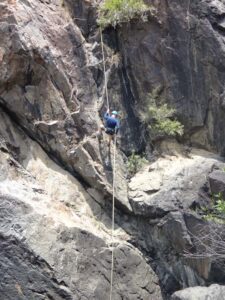 Jon heading down next 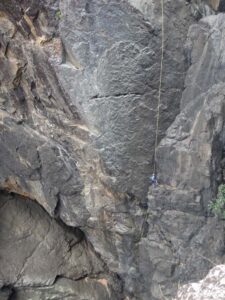 it was a decent sized abseil, Jon looks tiny against the big slab of rock 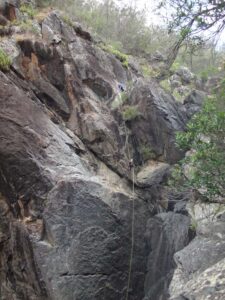 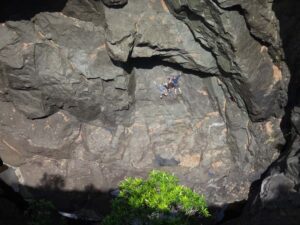 three little dots below on the rock (Todd, Jude and Jon) 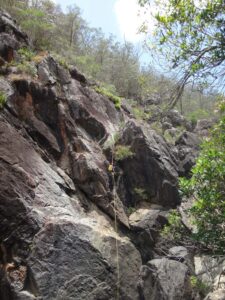 Jonno heading down too

The gorge was stunning and the going was hot. We certainly enjoyed the swim through the pool not far after the first abseil. After a bit of rock hopping and a short abseil over slippery rocks we hopped into another pool for a short swim. This one was covered in algae as it hadn’t seen flow for quite some time, you can really tell it has been super dry for a long time. 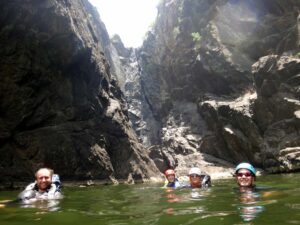 Ingo, Jonno, Jude and Jon on the short swim after the first abseil. The water was nice and cool. 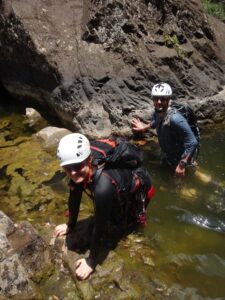 Jude and Todd climbing out of the slippery and slimey pool 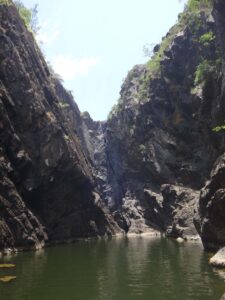 looking back to see where we came from 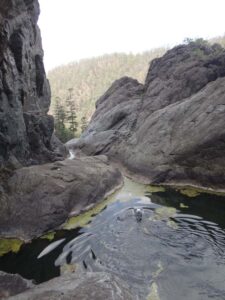 starfish Todd on another short swim

The next abseil was another big one. Part of it went over a section of slanted rock, making it tricky to stay on course. 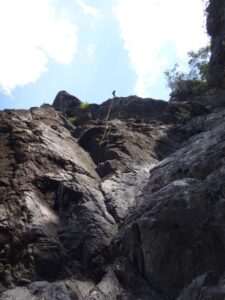 cool picture of Jon heading down the next abseil 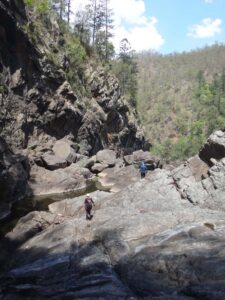 Jude and Jon walking off into the distance 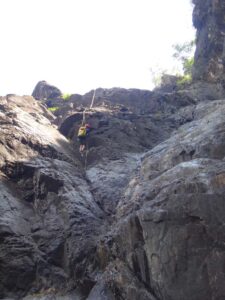 Jonno coming down the same route

As we rock-hopped further down the gorge it opened up. There were still some pools of water left, but otherwise it was all very dry. We hiked until we found a location under some trees to have a late lunch. 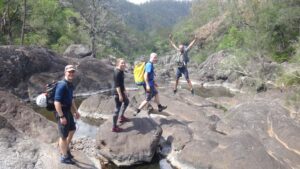 After a relaxing lunch there was more rock hopping through big boulders amongst smaller pools, until the creek really opened up and we were walking on the flatter areas beside the creek. The long and hot walk back to Todd’s car continued after one final swim through a larger pool. 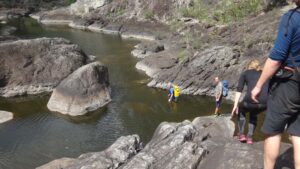 heading down into our next short, but very welcome, swim

The sun was fierce and we were all feeling the heat and towards the end Jon and I ran out of water. Luckily Ingo still had an orange we demolished and after spotting a beautiful carpet snake we were back at the car. 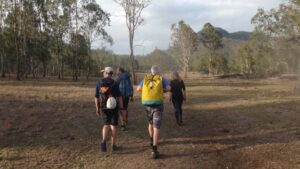 part of the long hike out, it was super hot 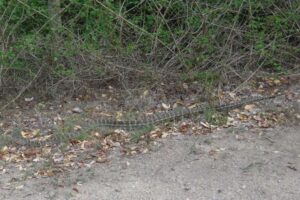 we spot this beautiful carpet python close to the car

The day wasn’t over yet as we still had to do the car shuffle, but after another hour or so we could all hop in the cars and drive back to Buderim. On the way we picked up some drinks at the local bottl’o which kept us happy until home.

A long and amazing day, looking forward to some more of these adventures!