A weekend in Byron Bay with Jeske, Jason & Jez (that makes for a lot of J’s that weekend…)

Jeske has to work on the Friday night in Byron Bay, so Jude and Jeske drive down on Friday morning. We have a great lunch at ‘Why Not?’ and dump our gear in our apartment on the seafront for the weekend (thanks Che – owner of Why Not? and a friend of Jeske & Jason). Jeske goes to work and Jude explores Byron Bay, has a great massage and meets up with Jez for dinner and some drinks. We check out the VIP section of the Byron Bay Film Festival and watch a great movie about some surfing chicks. Oh and I decide I don’t want to scare myself watching The Reef and walk out of the movie theatre half way through the movie… 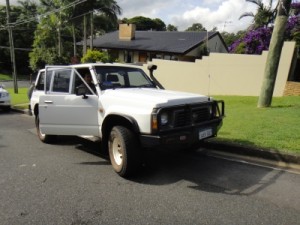 ready to go… Jeske picks up Jude at home 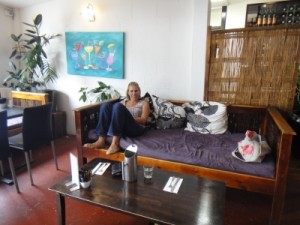 lunch at ‘Why Not?

The next day Jeske & Jude go exploring and shopping until the boys arrive a bit later. Jeske goes back to work and we have lunch together with Jason & Jez, followed by some boogy boarding and a great dinner at a restaurant a bit away from the centre (a few km walk along the beach). A magic place with some great music from a little band called Kindling. I reckon they will become famous, great songs. 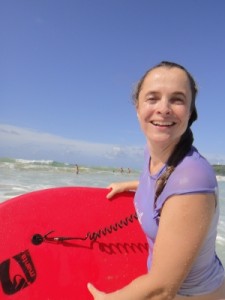 haven’t done this in years! 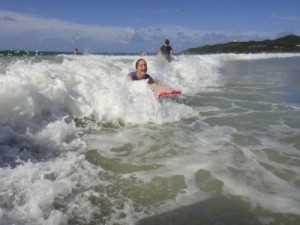 why did we stop boogyboarding?! 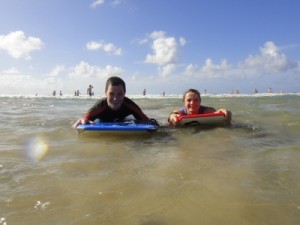 Jon & Jude on the boogy boards 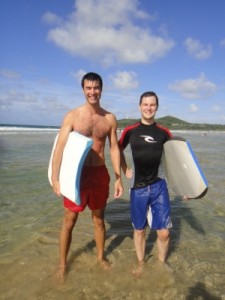 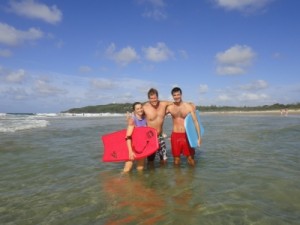 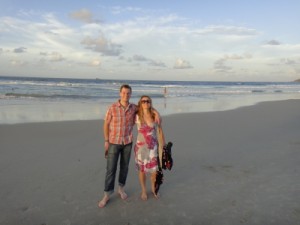 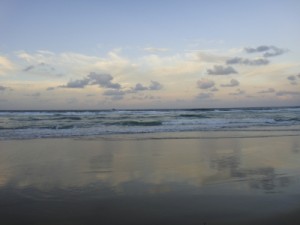 sunset with a difference (will have to get used to not seeing the sun disappear into the ocean!)

The next day we had to go back for some more boogy boarding, watch the dolphins play in the wavs and hike up to the lighthouse. Compulsory stuff when you are in Byron Bay. The boys head home on Sunday night and Jeske and Jude spend another night in Byron Bay, a simple meal this time (salmon from the bbq with some salad) after all those luxurious meals over the weekend… 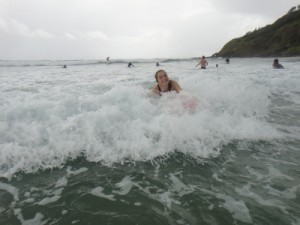 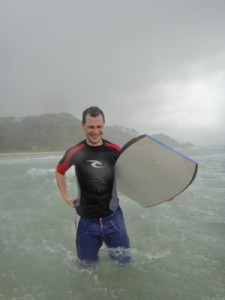 in the pouring rain 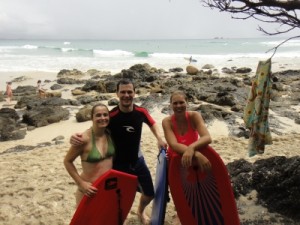 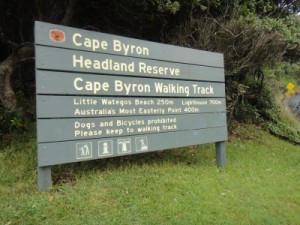 have to go to the lighthouse of course 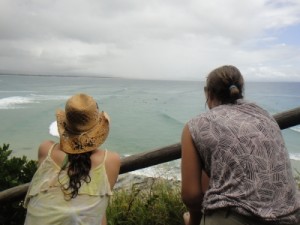 and watch the dolphins surf the waves – so skilful! 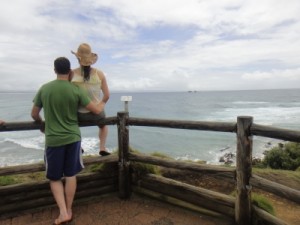 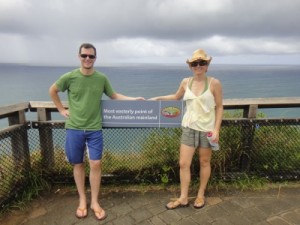 tick – most eastern point on the mainland… 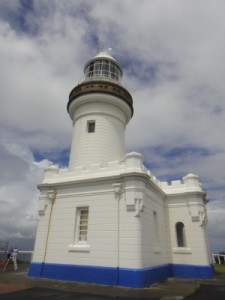 We loved Byron Bay and will definitely be back here! 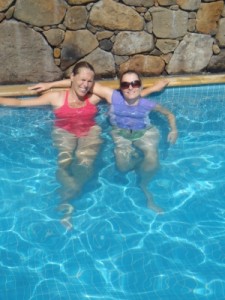 cooling off in the apartment pool