First weekend back in Perth was spent down south in Balingup – great way to get acclimatised to the cold! That is probably the coldest spot in WA!!

We drove down on Friday evening and got a bit delayed as we had a look at the new Lara… Soon we will introduce her to you as well. It’s a white one this time.

Anyways, this meant we only left Perth around 8.30pm and arrived in Balingup at Muz’ parents farm at 11.30pm. Troye had just gone to bed, but Muz, Lisa, Paul and Erin were still awake. We had a quick drink and chat and then went straight to bed.

Next morning we got up early and watched sunrise over the valley – awesome views with the mist hanging low. When everybody was ready we drove to Bridgetown to pick up some breakfast and get ready to hit the water. A bit nervous as I had never gone down any white water with my ski (or on my own…). 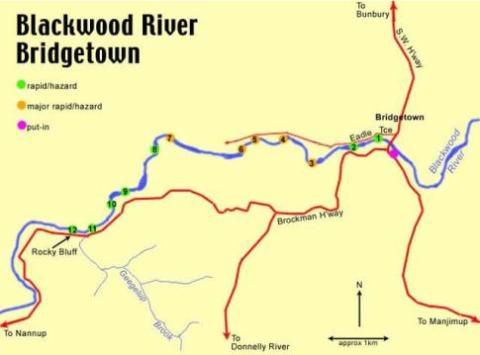 Blackwood River overview of the rapids

It was awesome!!! I survived the first few rapids and luckily they started small and got bigger further down. Lots of foam and I found a rock and had to wait for hero Troye to come and rescue me 😉

By the time we were ready for the second run Suzie and Clayton were there too and Pat left as he had to get to work… It was nice to do the run again, especially after warming up a bit with some hot chocolates and coffees. 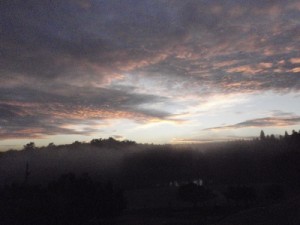 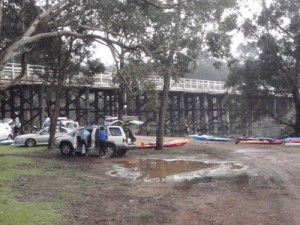 unloading at the bridge 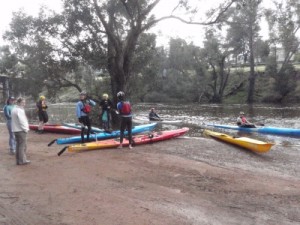 getting ready to launch at the bridge 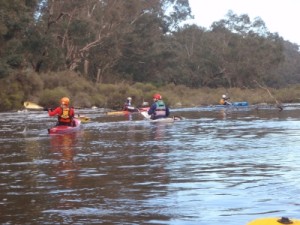 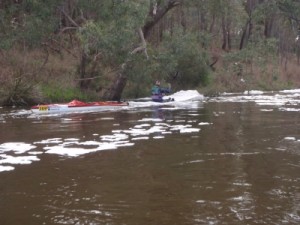 somebody has gone for a swim 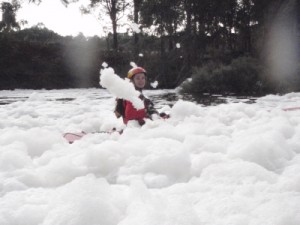 Jude disappears in the foam 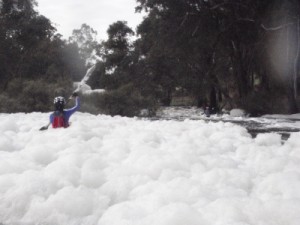 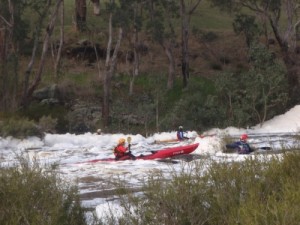 Jude beached on a rock 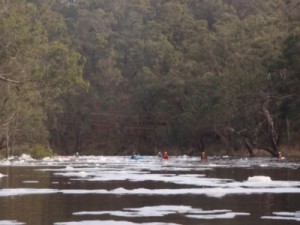 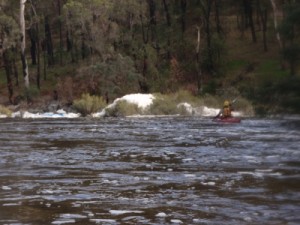 mountain of foam behind the bush 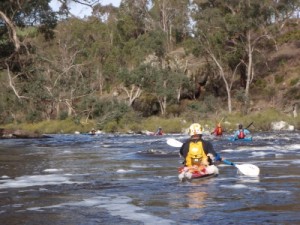 nearly at the end 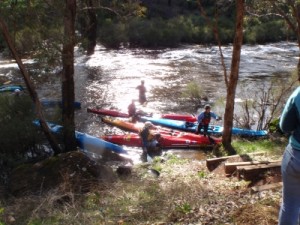 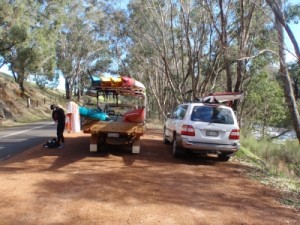 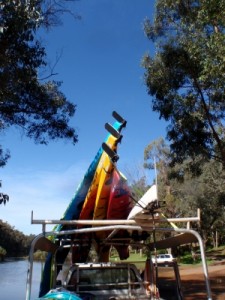 Quick lunch and a third run before it was time to get back to the house. Lisa had bought some veggies and an awesome pasta was cooked. We had quite a few drinks before and after dinner and made a few promises that night. Lets see who keeps them: 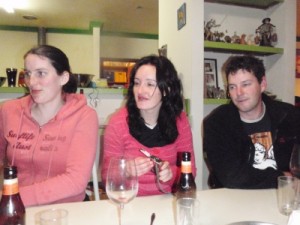 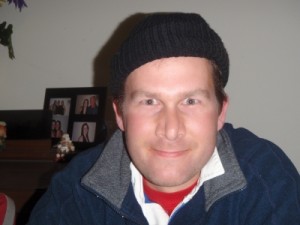 We also agreed to do another valley run this weekend for some more practise with Erin and Paul.

The next morning some of us went for a run (Jon, Muz, Troye, Clayton, Nat & Jude) and then we went for a ride from Bridgetown back over mostly single track to the farm (Troye, Jo, Nat, Muz, Jon and Jude). Some sweet single track there – can recommend it! I lost one of my front brake pads, but apart from that there were no incidents or accidents. 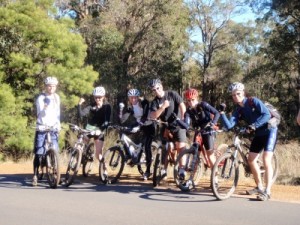 getting ready to ride 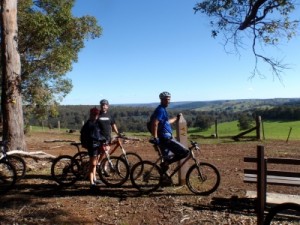 Muz, Jude and Troye on the bike

When we came back Jo and Nat had to leave (Clayton, Suzie, Erin and Paul had already left before the ride) and Troye, Muz, Lisa, Jon and I went to the Cidery for some awesome food and beers. Great way to end the weekend.

On the way back to Perth Jon and I had a flat and had to unload the entire car by the side of the road to get access to the spare wheel… Easy fitted and around 6.30pm we were back at home.

One more sleep before Lara is home!!

PS Paul has uploaded a video of the white water. Check it out!