Biggest aquarium in the world

Where do you think you can find the biggest aquarium in the world? We’ll give you a hint, it is not in one of the plastic-fantastic cities you find all over the world, where they try to out-do each other with ever-larger marine animals in a super-sized tank…. The biggest aquarium is right here in Africa, in Malawi to be precise. And to narrow it down even further, Lake Malawi is where you need to be. Also known as Lake Nyasa when you are in Tanzania. 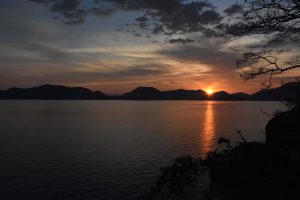 In Lake Malawi you can find an amazing number of cichlids. And although you might not know this scientific name, anybody, all over the world, who has a hobby (freshwater) aquarium will know what they are. Cichlids are freshwater fish, and they come in many colours and sizes. And you can keep them in a simple home-aquarium (salt-water aquariums are a different story as they need many pumps and other gadgets, so most people have a freshwater aquarium at home).

There are estimated to be between two and three thousand cichlids species, more than 1650 have been scientifically described until now, but new ones are discovered every year. And these fish are flown everywhere, to aquariums in living rooms all over the world. We however preferred to see some of these cichlids in their home environment, so we flew to Blantyre (not the capital, which is Lilongwe), rented a car and drove to the Lake Malawi National Park. It is the world’s first freshwater national park and it is even a World Heritage Site, all because of these cichlids. 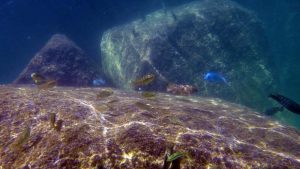 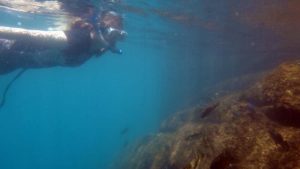 Malawi is a relatively small country, but it still took us nearly five hours to get to the southern tip of the lake. From there you can hop on a little boat to take you a further hour onto the lake, to a small island called Mumbo. That’s where we were headed. 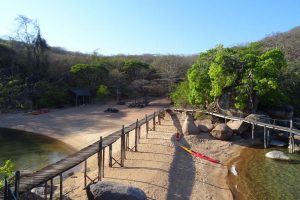 Mumbo Island beach and restaurant set in the trees 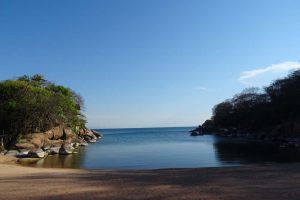 the view of the bay at Mumbo Island 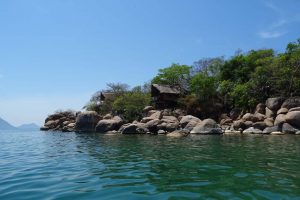 our room at Mumbo Island

Mumbo Island is a private island with 5 huts, built on and around the massive boulders of a small peninsula, with spectacular views over the lake. We were staying in one of them and our plan was to relax, snorkel with the cichlids, walk around the entire island, go on boat trips, go kayaking, head out for a swim, enjoy the local wildlife, and have a drink on the beach watching the sun set over the lake, and even the moon rise. And that’s exactly what we did. It was wonderful. 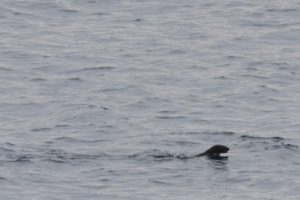 we spotted our first ever otter! 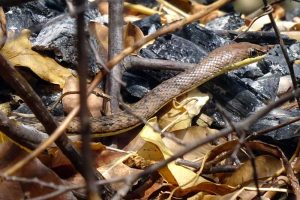 After that lovely time of relaxing on a private island we jumped in our little rental again to drive to Liwonde NP. We were also keen to see some of Malawi’s wildlife and had heard that this national park has improved lots since African Parks started managing it in 2015. The Malawian government basically realised it needed help with running the parks, asked this nonprofit conservation organisation to step in, and the park is thriving once again. Black rhino, lions and cheetah have been re-introduced, and they are hoping to add leopard to the mix again too in the near future. We only managed to find some of the lions, but it is great to know the others are out there too. 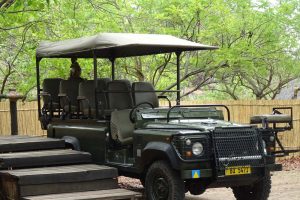 It’s quite a small national park (548km2), close to the border of Mozambique, and has the Shire River running through it. African Parks have already in this short period managed to fence the entire 129km perimeter of the park, reducing the human-wildlife conflict and the poaching. They work closely with the communities around the park and seem to get the job done, and done well it seems. 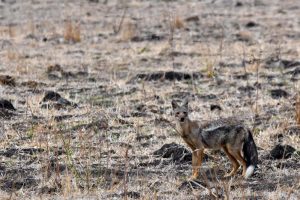 side-striped jackal, our first proper look at one 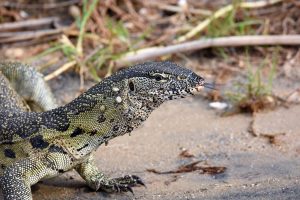 a Nile monitor lizard goes for a drink at the Shire River, note the big ticks on his neck 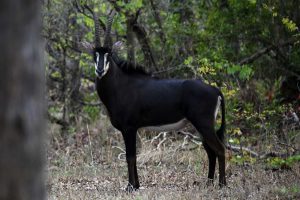 We loved our game drives, walks, night drives, and boat cruises with our amazing guide Angel. Yet again it proved that having a good guide makes all the difference to the safari experience (when is Tanzania going to learn…). We even spotted quite a bit of wildlife in and around camp, including a new mammal – the shy and elusive Meller’s mongoose. And we also added some more birds to our list, some that can only be found in this area. We were very sad we had to leave again, we could easily have stayed another week, but very happy we came and explored another small area of this beautiful continent. 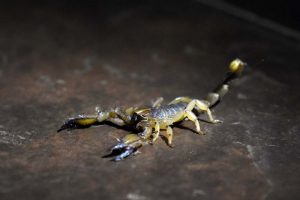 we found quite a big scorpion in the restaurant before our game drive, we relocated him to a safer environment for him 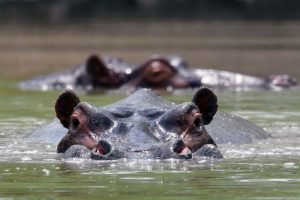 a curious hippo checking us out… 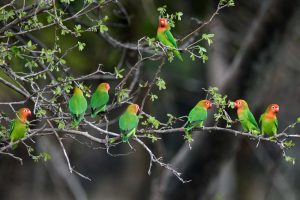 aren’t they gorgeous? a flock of nyasa lovebirds were feeding in the grass and occasionally would fly back into the tree when an alarm was called