We were invited to a wedding in Kenya and flew across, using our resident permits in our passports for the last time before they would expire. We arrived at JKIA and found Bernard waiting for us, our driver for the entire time we were in Kenya, it was great to see him again! He dropped us off at Helen & James’ place and luckily Helen was still awake, the plane had been delayed quite a bit.

The next day we enjoyed a leisurely breakfast with Helen and James before Jon went to the office and Helen and Jude did some quick shopping for jumbo oats before heading to Karura Forest for a run with Hafiz. There are not much supplies in Tanzania to make your own muesli so we had to stock up whilst in Nairobi! Helen had already done the bulk of all the shopping so it was just picking up some last minute extras.

The run was fantastic, it was so nice to be back on the trails again, in the shade of the trees with the bird and monkey sounds all around us. We did a relaxed 10km and finished at the River Café so we could meet Jon and Herve there for lunch. Jean also popped in briefly and we enjoyed catching up with everybody. 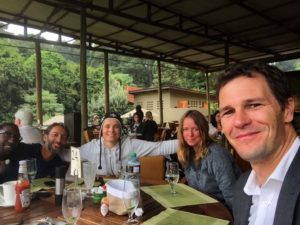 lunch at River Café in Karura Forest with Hervé, Hafiz, Jude, Helen and Jon – and a quick visit from Jean

We went home with Hafiz so Jude could have a shower before heading to the Muthaiga club for the wedding of Howard and Carol. This time Pascal drove us, so we were able to catch up with him as well. The wedding was in the garden and according to everybody there, the ceremony was incredibly short. Only a short ceremonial speech, a few hymnes and one speech before they were announced ‘husband and wife’ for the very first time. 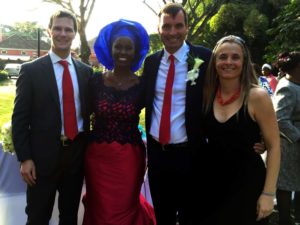 the new Mr and Mrs Chick!

We were all gathered in the garden waiting for the newly weds to arrive when all of a sudden Jude was grabbed along to pick up the new bride. Just outside the gardens Howard and Carol were waiting and so were 2 guys, one with a nyatiti. A nyatiti is a traditional instrument from the west of Kenya and makes a really cool sound. All the ladies were told to sing and soon we were shuffling back whilst doing some ‘call and answer’ songs back into the gardens. It was a very loud and colourful explosion, beautiful! 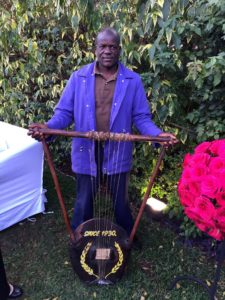 the nyatiti and its player, this particular instrument is 80 years old 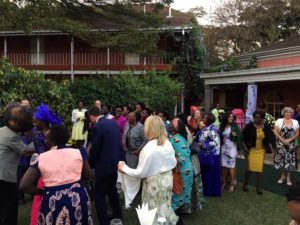 The rest of the night we had an amazing dinner, watched the cake cutting, and danced the night away on some of the best music ever played at a wedding. We took a taxi ‘home’ (Helen & James’ place) where we set our alarms for an early start as we were heading out for a camping weekend in Lake Nakuru NP with Helen, James and Hafiz. 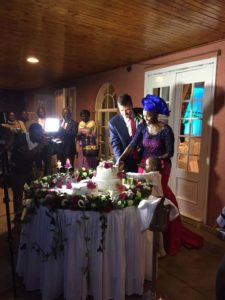 cutting of the cake 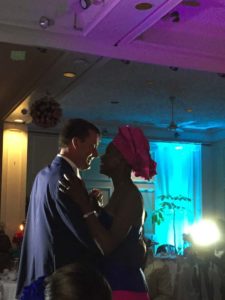 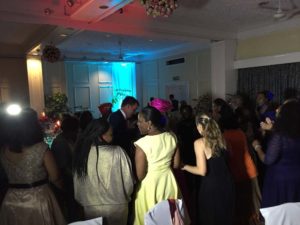 they weren’t alone on the dance floor for very long, they have some amazing music in Kenya

We enjoyed a lovely picnic by the lake, drove around the park looking for birds, adding some new ones to our list, spotted some rhinos and found a couple of lionesses relaxing up a tree with their cubs hanging out beneath them and occasionally climbing up a bit as well! We even spotted some nocturnal wildlife around the campsite, a couple of white-tailed mongooses and a genet. It was a great weekend and all too soon it came to an end and we were back in Dar. But we’ll be back, that’s for sure! 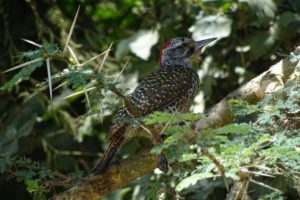 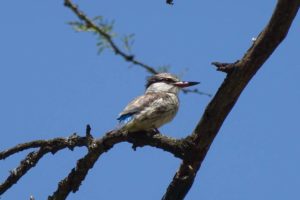 new bird for us – striped kingfisher 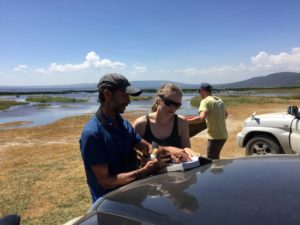 Hafiz and Jude deep in discussion about the type of bird we saw, James hard at work to set the table for lunch 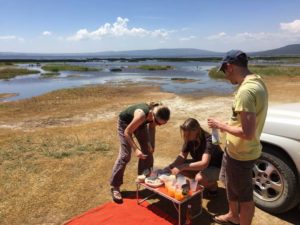 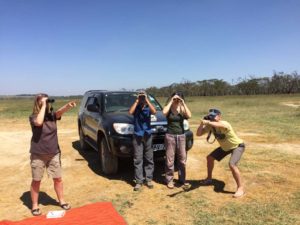 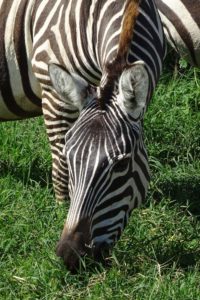 sometimes you can forget to look at the ‘common’ animals, but they are still amazing and very pretty 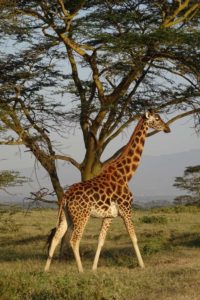 one of three giraffes found in Kenya, the Rothschild’s giraffe 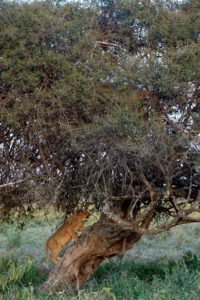 how many lions can you spot? 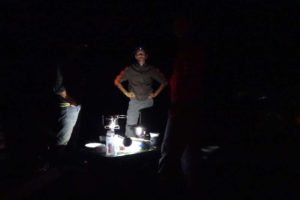 the boys cooking up a storm 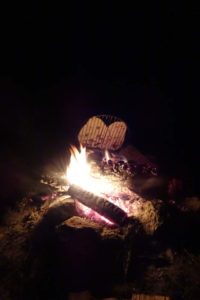 heating up the naans 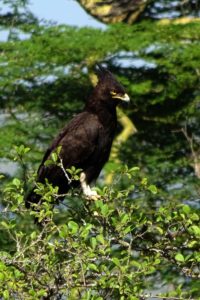 intense stare from the long-crested eagle 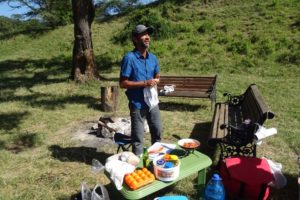 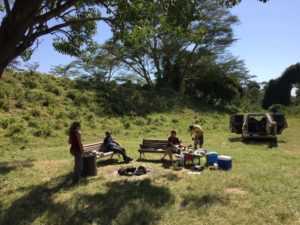 Jude, Hafiz, Helen and James at our campsite in Lake Nakuru NP