Almost 10 years to the day from the date we arrived in Australia, we are finally off. Australia farewells us with a Brisbane summer thunderstorm. Are the gods angry with us?

Months and months of planning and finally we are on our way. We celebrate with a gin and tonic. But, to be honest, we have mixed emotions combined with exhaustion, a result of frantic last minute jobs and perhaps a few too many nights of leaving drinks.

In Singapore we stay with an old uni mate, Graham, his wife Sharon and 4 month-old Kaida. It’s the perfect way to start, not least because they live in a palatial apartment with a pool and a view to die for. 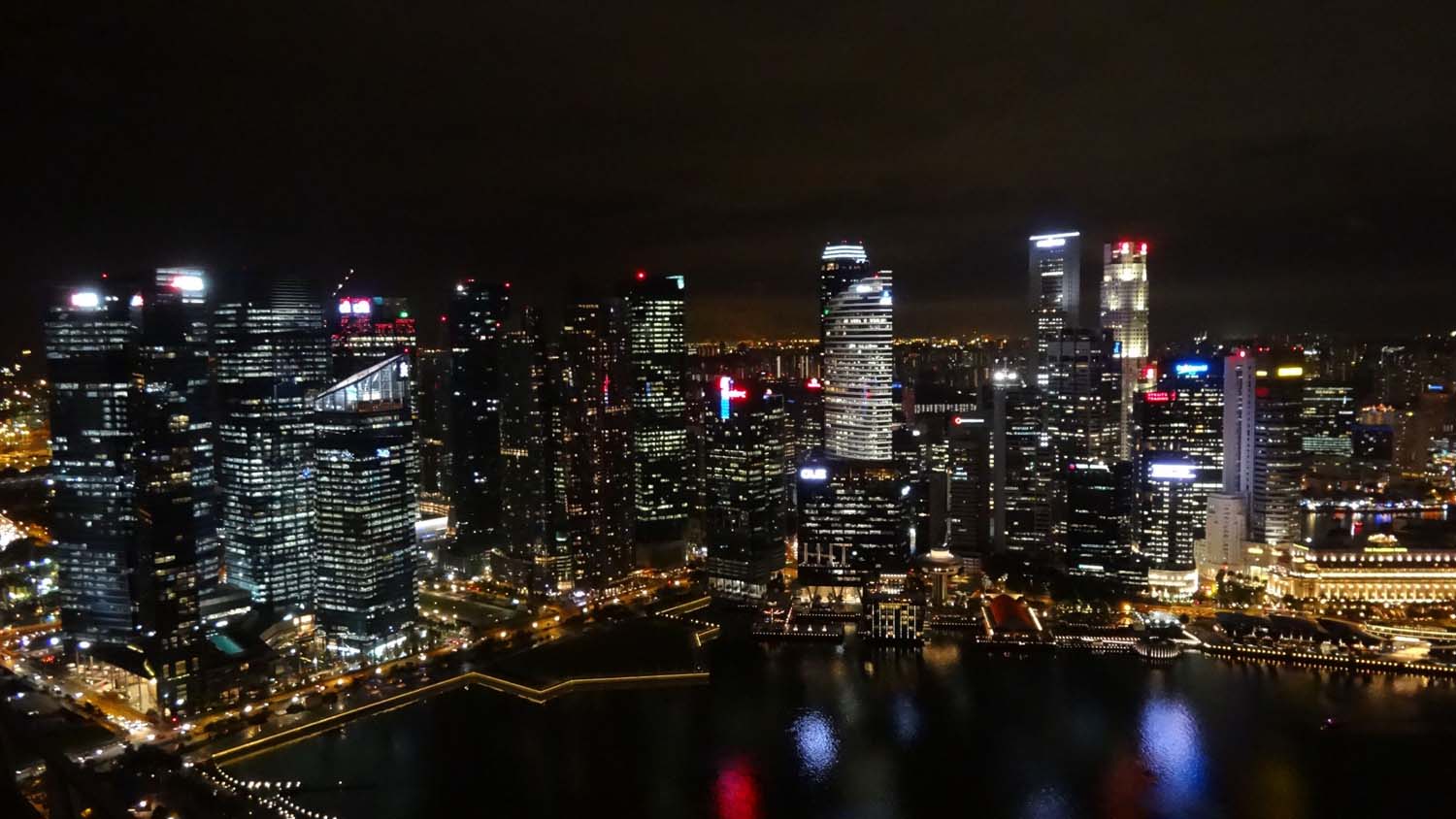 We are on a budget for the first time in many years – which is going to take some getting used to. Our fiends generously invite us for cocktails at the top of the Marina Bay Sands hotel, and as we watch the sun setting over the harbour with Indonesia in the distance, we realise its going to be all downhill from here! 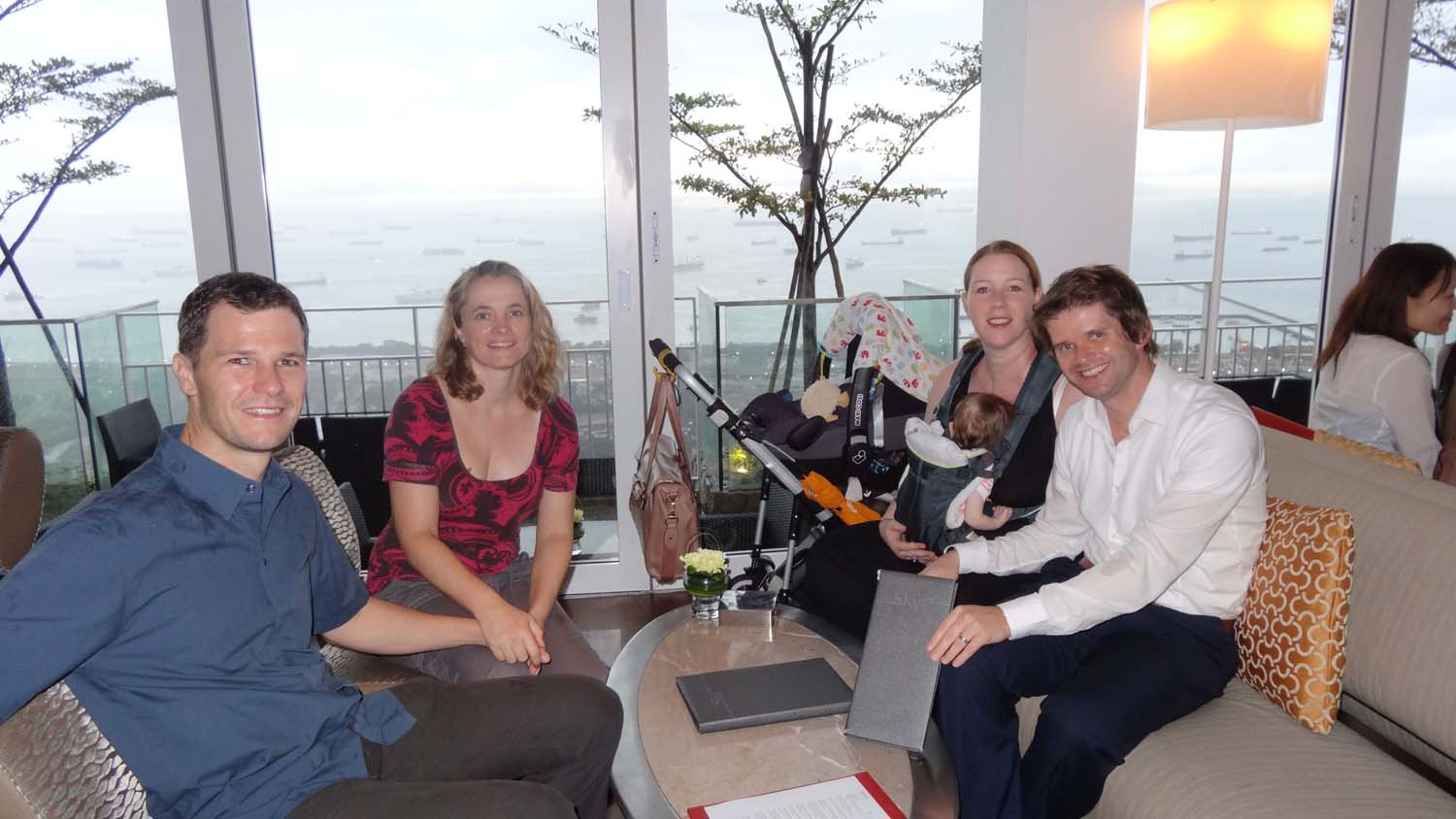 Indeed it is. We are unable to collect our Uzbek visa and will have to try again on the road. The officials are very polite, but the answer is “Its just not possible”. We might be hearing more of this… 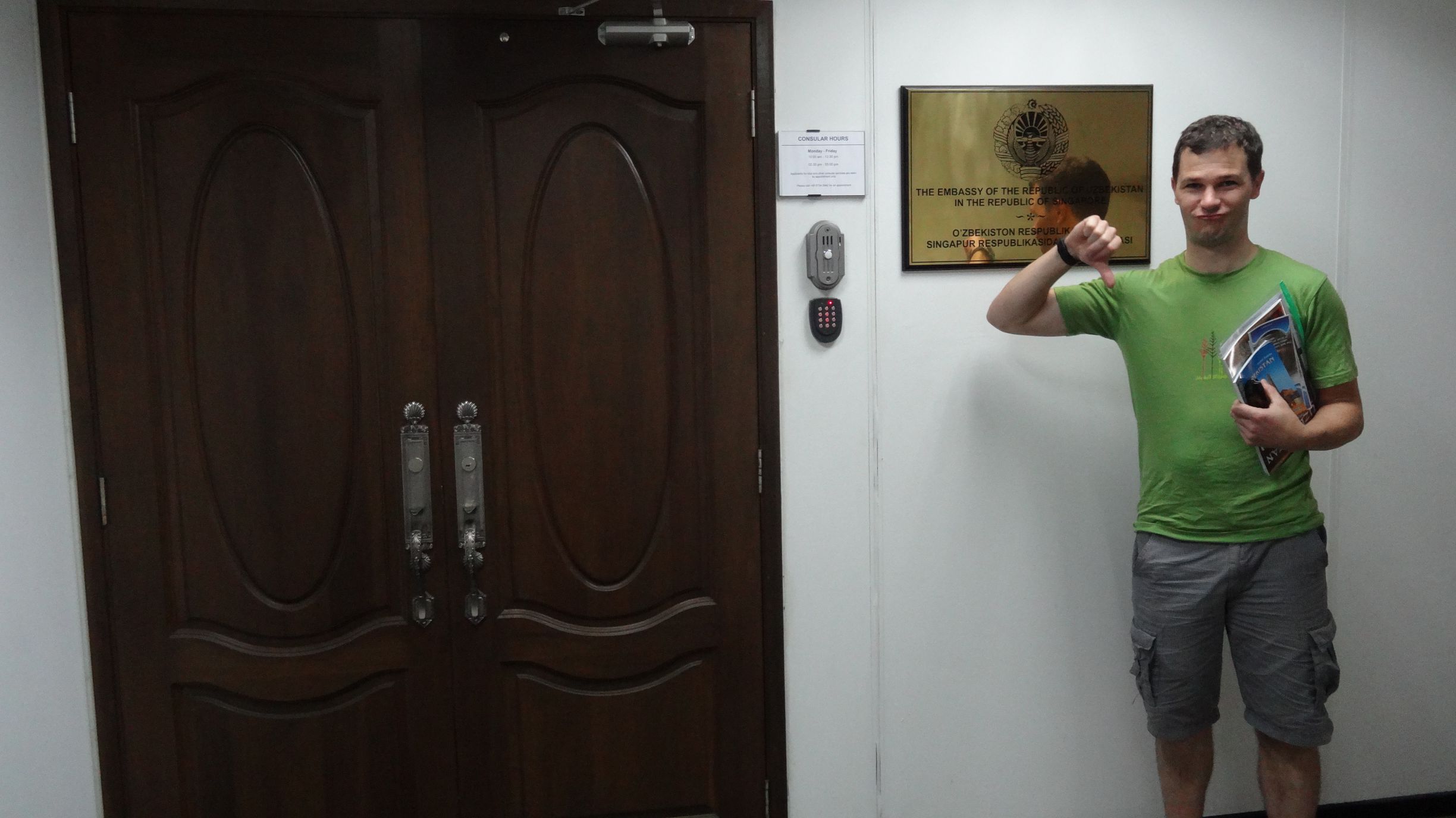 big fail at the Uzbek Embassy in Singapore

The taxi driver spends the entire journey warning us about Malaysia, its people its prime minister, its anti-Singapore policies and more (we stopped listening) on the trip to the railway station to catch the train to Kuala Lumpur.

It was good to meet up with Guy & Cheryl and Rob & Robyn again at the station.  The Earthcruiser folks of course elected to travel first class, but they quickly redeemed themselves by bringing us cake. Its 6 hours on the ‘express’ train, and we savour letting someone else do the driving for the last time.

We understand the vehicles have arrived in KL. It remains to be seen how long it will take us to get them out of customs…