The one thing you immediately notice when driving from Mongolia to Russia is the change of road surface. As soon as you cross the border into Russia you are on tarmac (asfalt). And when we say immediately, it really is immediately. The black smoothness starts at the imaginary line in no-man’s land. Jon thought he had arrived in heaven. 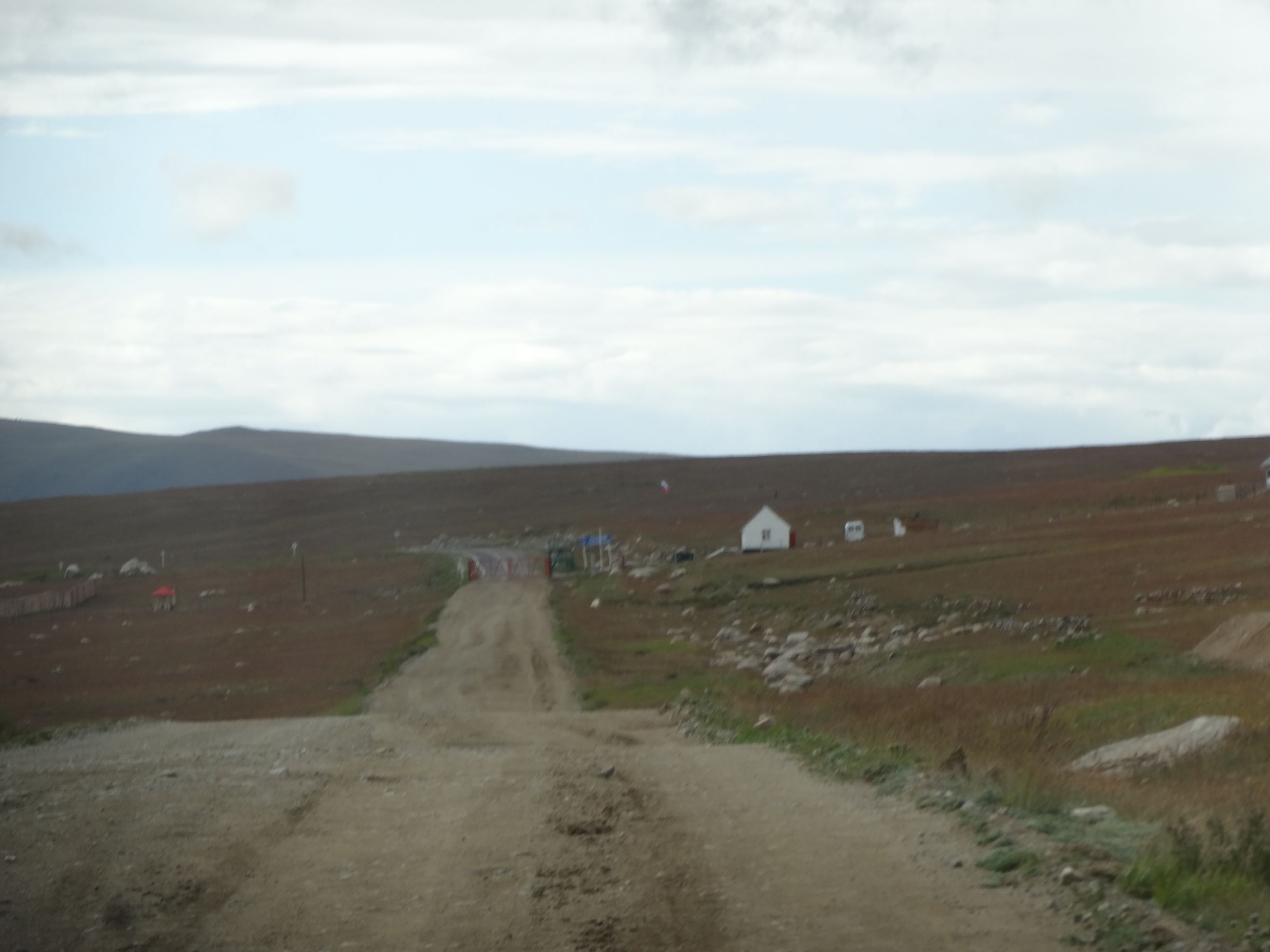 sandy dirt track on the Mongolian side, shiny tarmac on the Russian side (starts at the gate)

Something that didn’t change once across the border were the snow-capped mountains all around us from the Altai Mountains. They are stunning, but unfortunately out of bounds unless you have a border permit. We did think of organizing a permit to go hiking here, but decided we would try the Tian Shan mountains instead (for our big walk). We did some short walks in the Altai region, but nothing long. Jon even saw some deer on one walk straight up from the campsite. 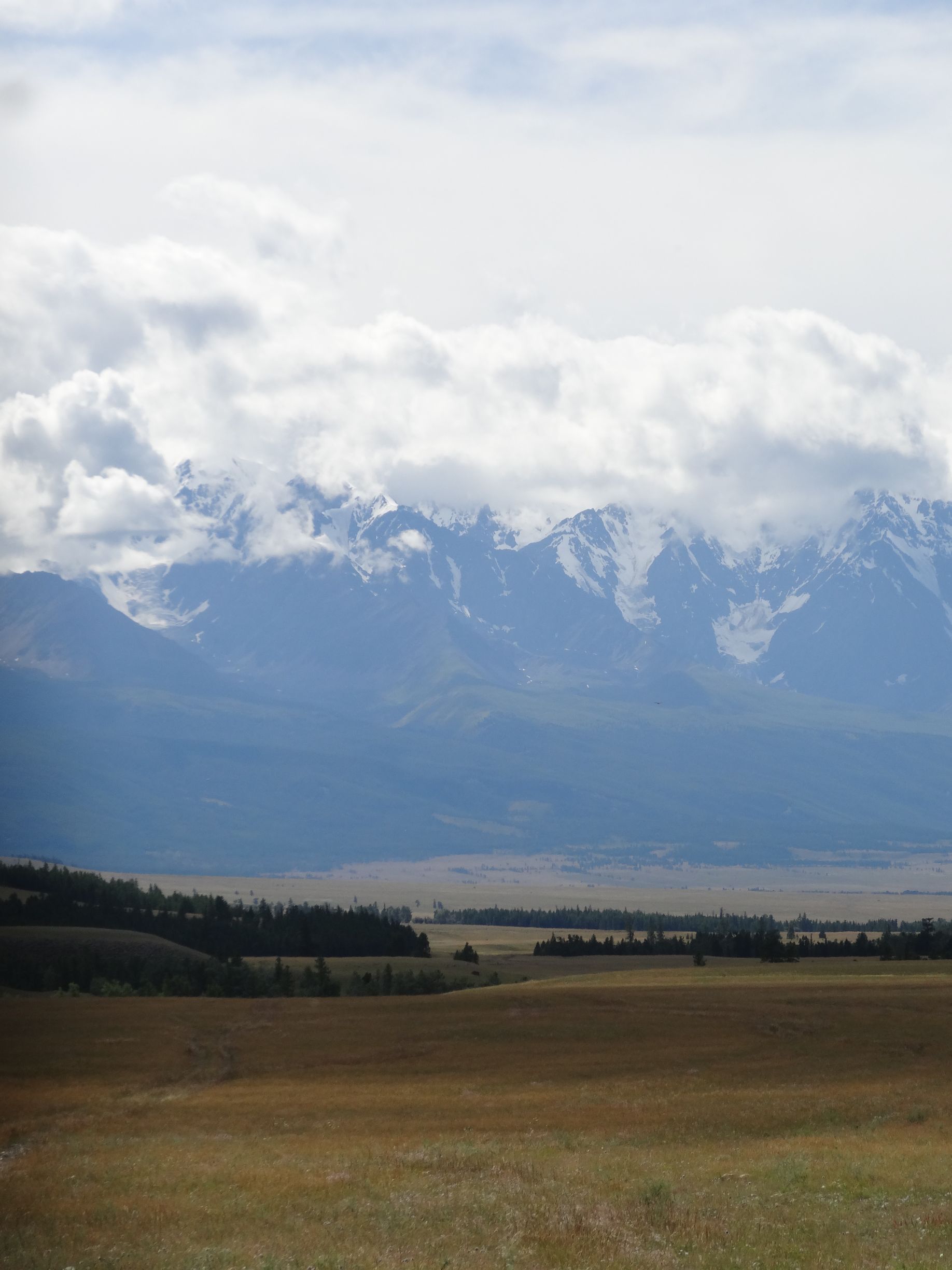 views on the chutsky trakt 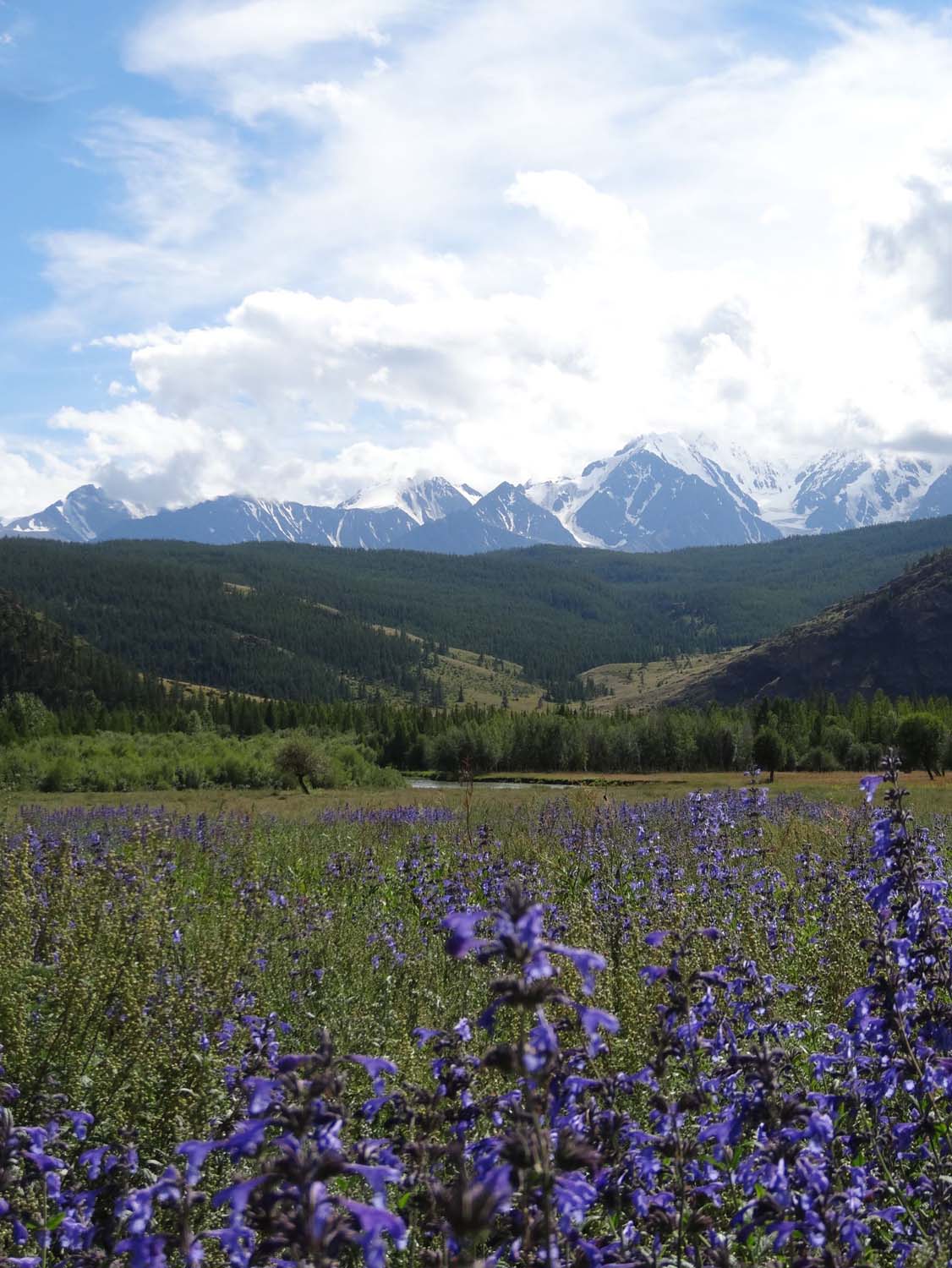 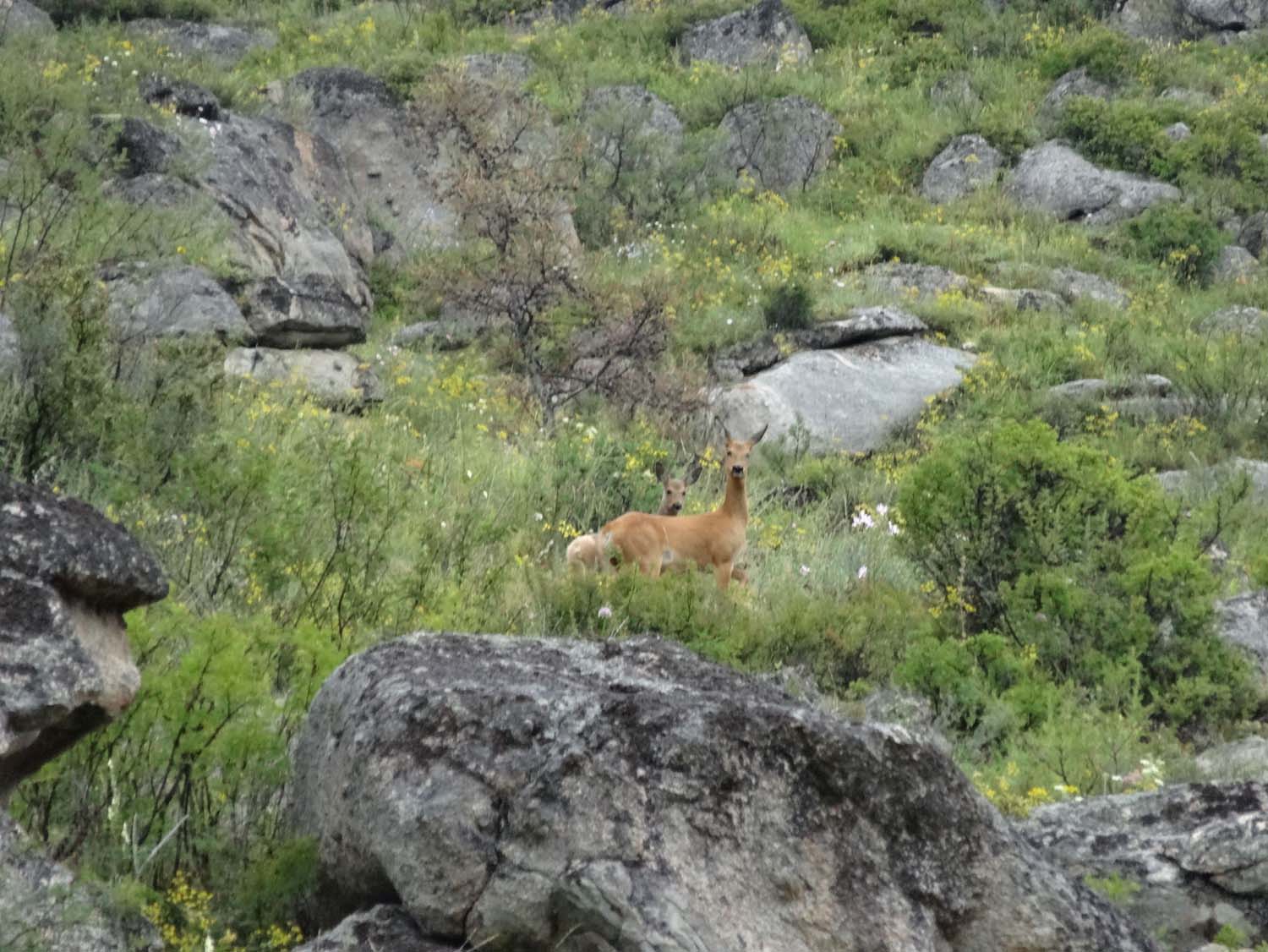 shy deer on the chutsky trakt 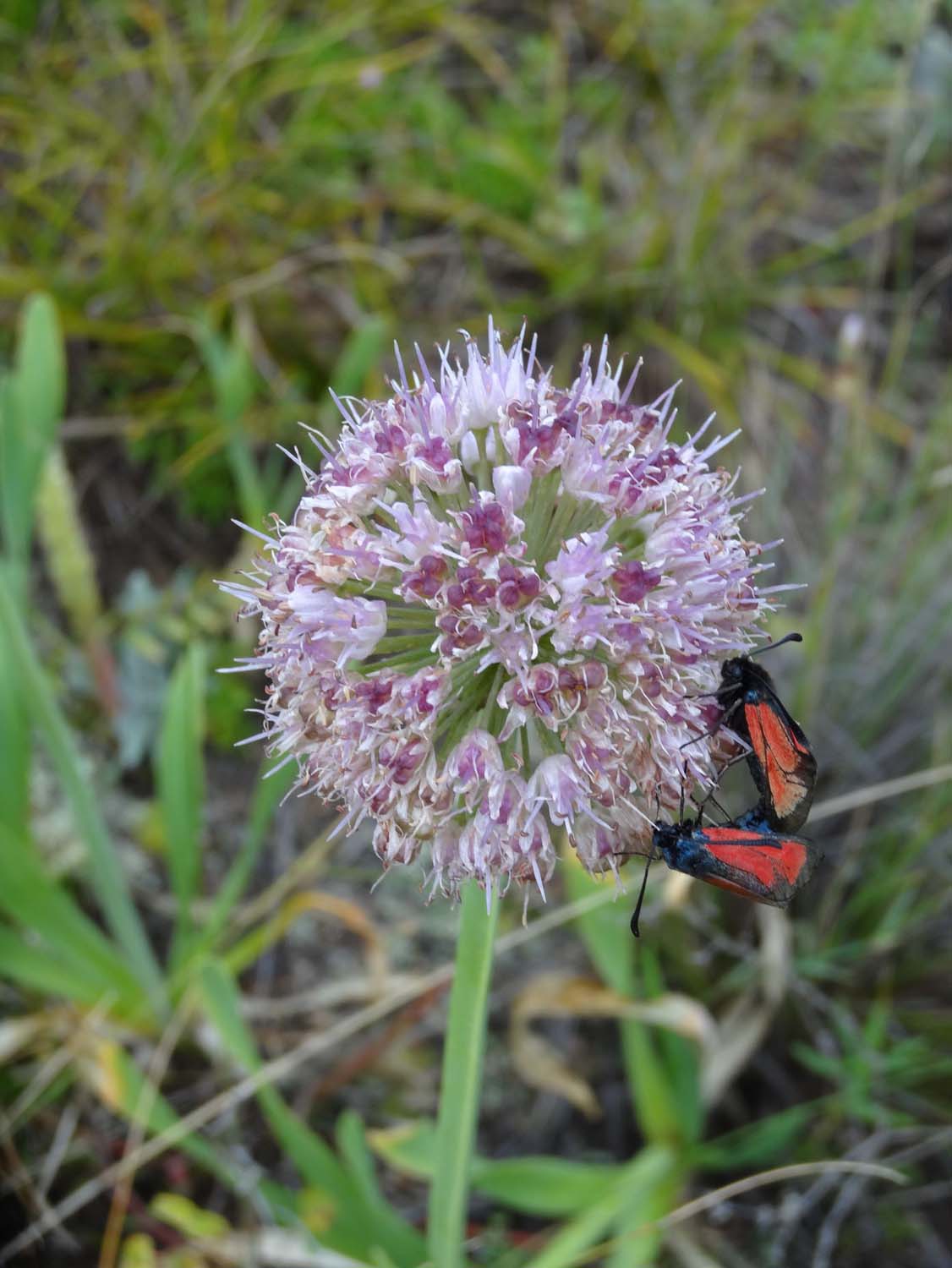 lots and lots of pretty flowers and amazing butterflies 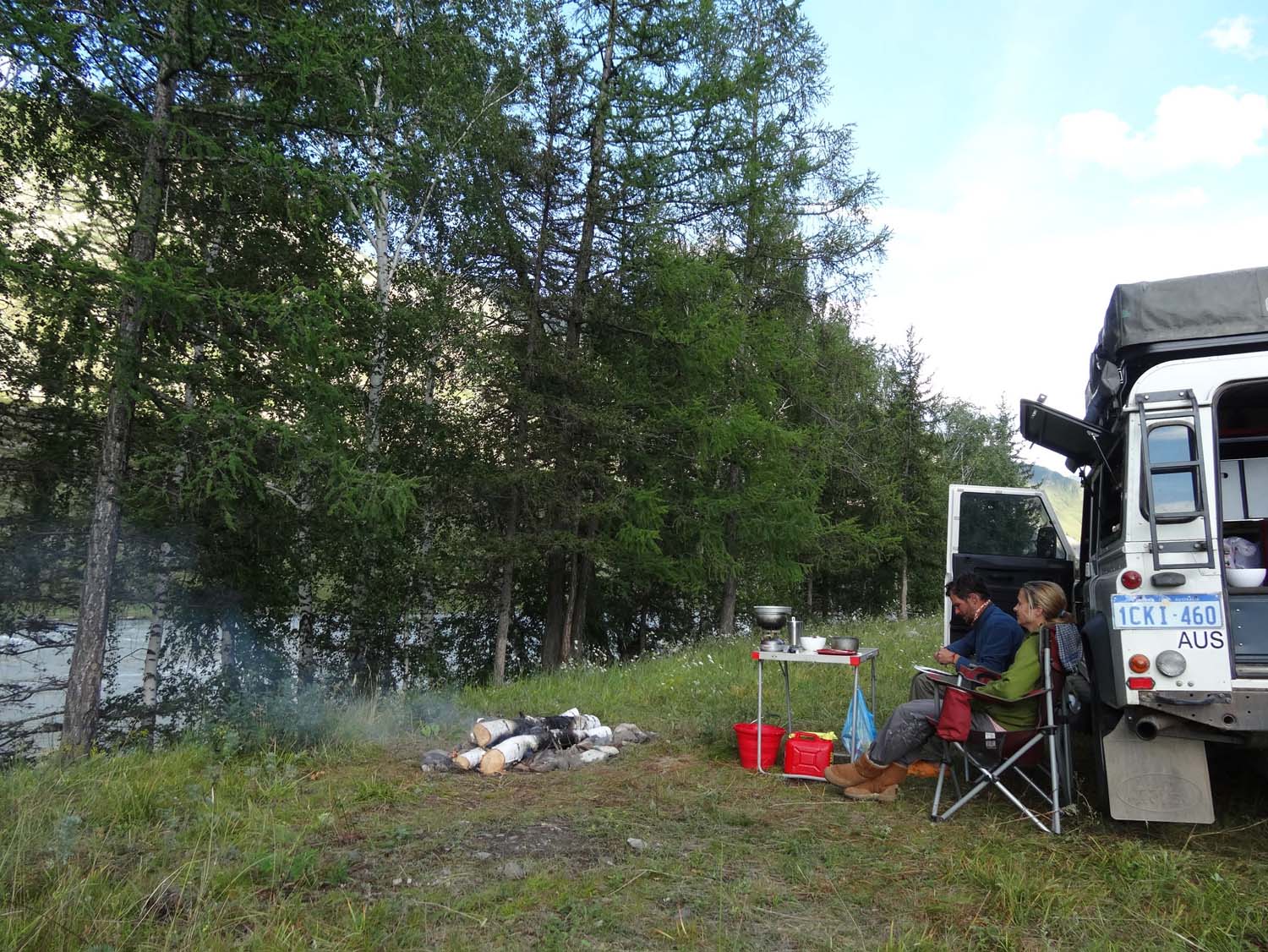 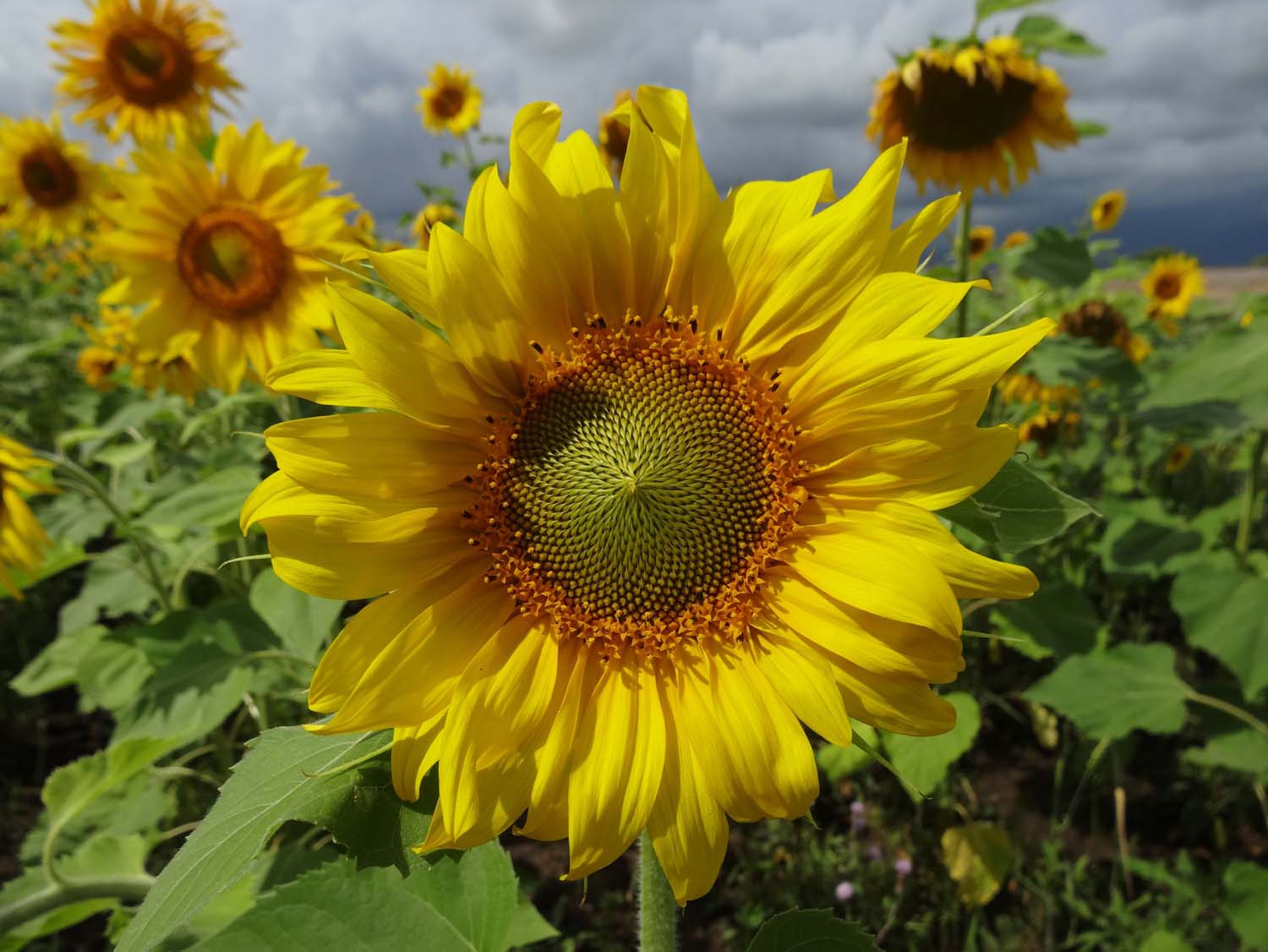 lots and lots of fields full of sunflowers. Just looking at them makes you happy 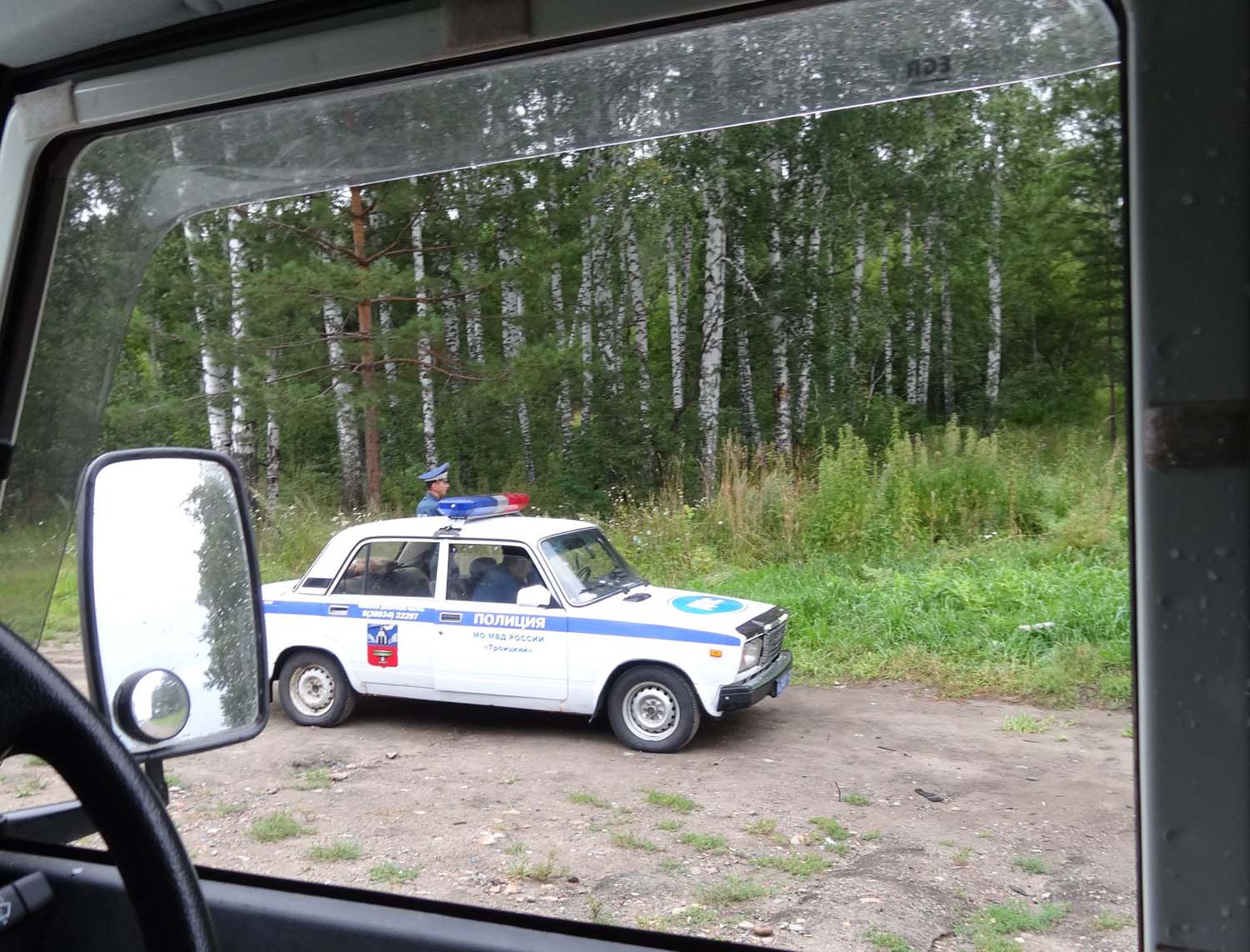 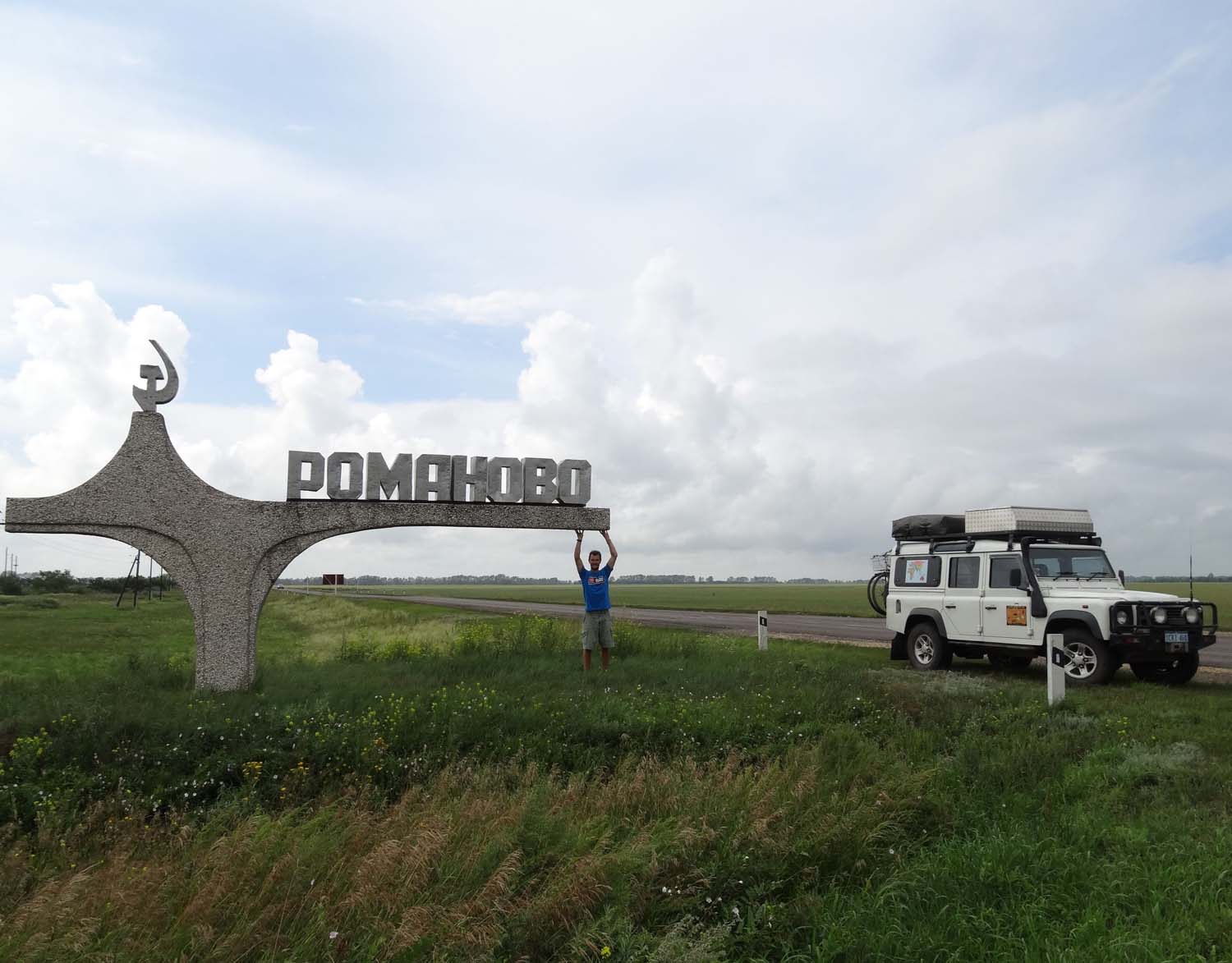 typical Russian signs along the road

The road through the valley in the Altai Republika is called the Chutsky Trakt, it is a few hundred kilometers long, and is one of the most stunning roads in Russia (so we hear). It has a lot of little tourist stops and is full of Russian tourists who were very interested in Lara.

We finished the Chutsky Trakt in Gorno-Altaisk where we tried to call the director of the national park as he was a friend of Vera (we met her at Lake Baikal), but unfortunately it was the wrong number.

We also tried very hard to find some of the famous Altai statues carved out of stone, but failed miserably. We spent hours trying to find two different ones described in the Lonely Planet, asked for help from numerous people, locals and other tourists, but to no avail… We gave up in the end, rather frustrated with the lack of signs and the hours lost spent zooming up and down the Chutsky Trakt. 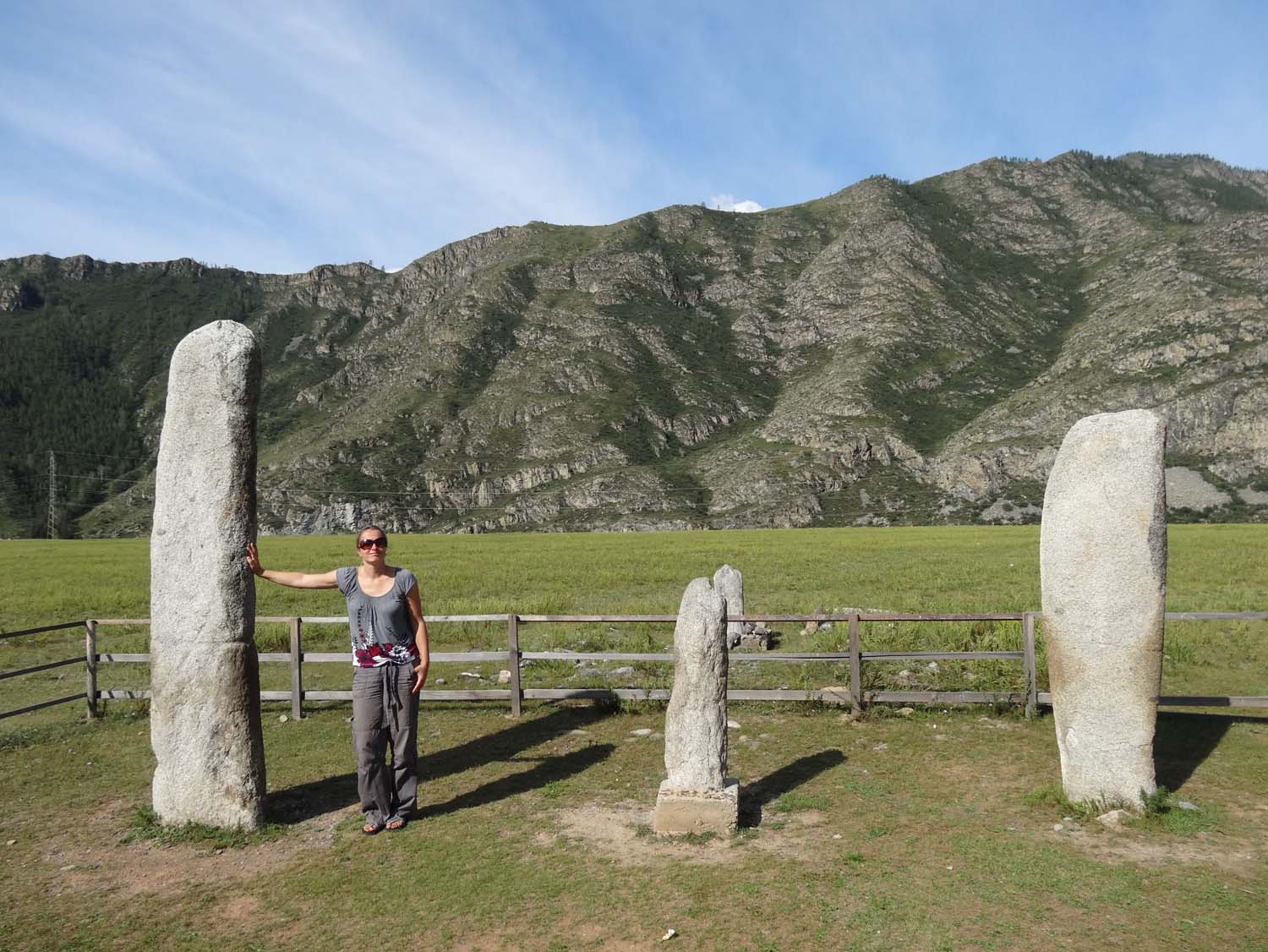 some steles along the chutsky trakt, but none of the famous faces on any of them 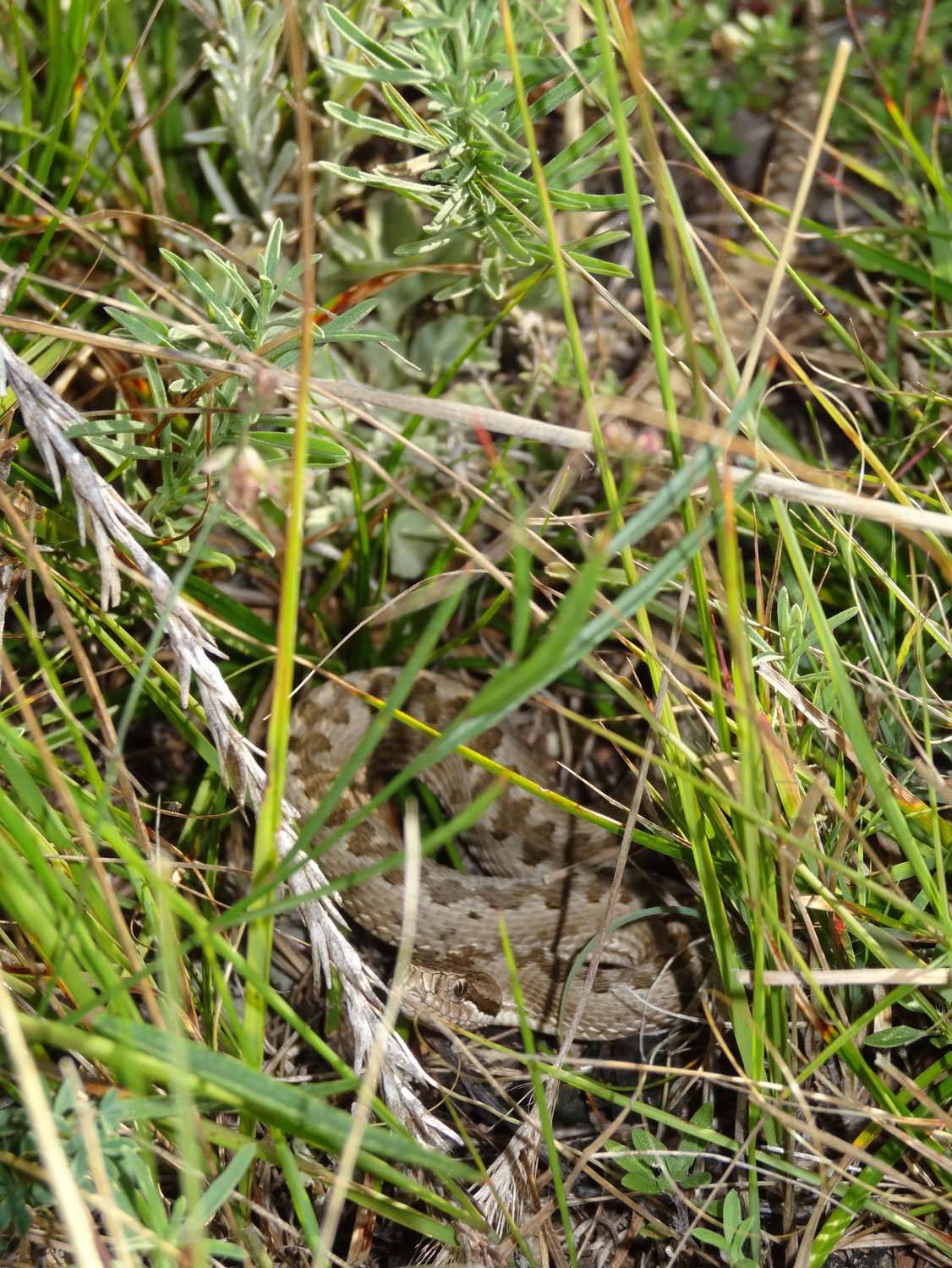 We had planned to change our last Mongolian Tugrugs in the small town before the border. Unfortunately the town was so small it didn’t even have a bank and we were left carrying our Tugrugs across. One entrepreneurial border official was interested in changing Tugrugs for Roebels with us, but after he told us his exchange rate we passed. He wasn’t interested in our exchange rate either.

This time luck was on our side when we bumped into 2 motorbike riders in a small town in Russia. They were Swedish, but riding English motorbikes and were heading in the direction we had just come from.  A happy swapping started. We both had lots of information for the others, we had a Mongolian sim card we would no longer use, they had a map of Kazakhstan they no longer needed and they were happy taking some of our Tugrugs of us in exchange for US Dollars (they had already finished up their Roebels). The rest of the Tugrugs were swapped for Roebels with a lady in the black market. Not the best exchange rate, but we no longer had to try to get rid of them – bonus. 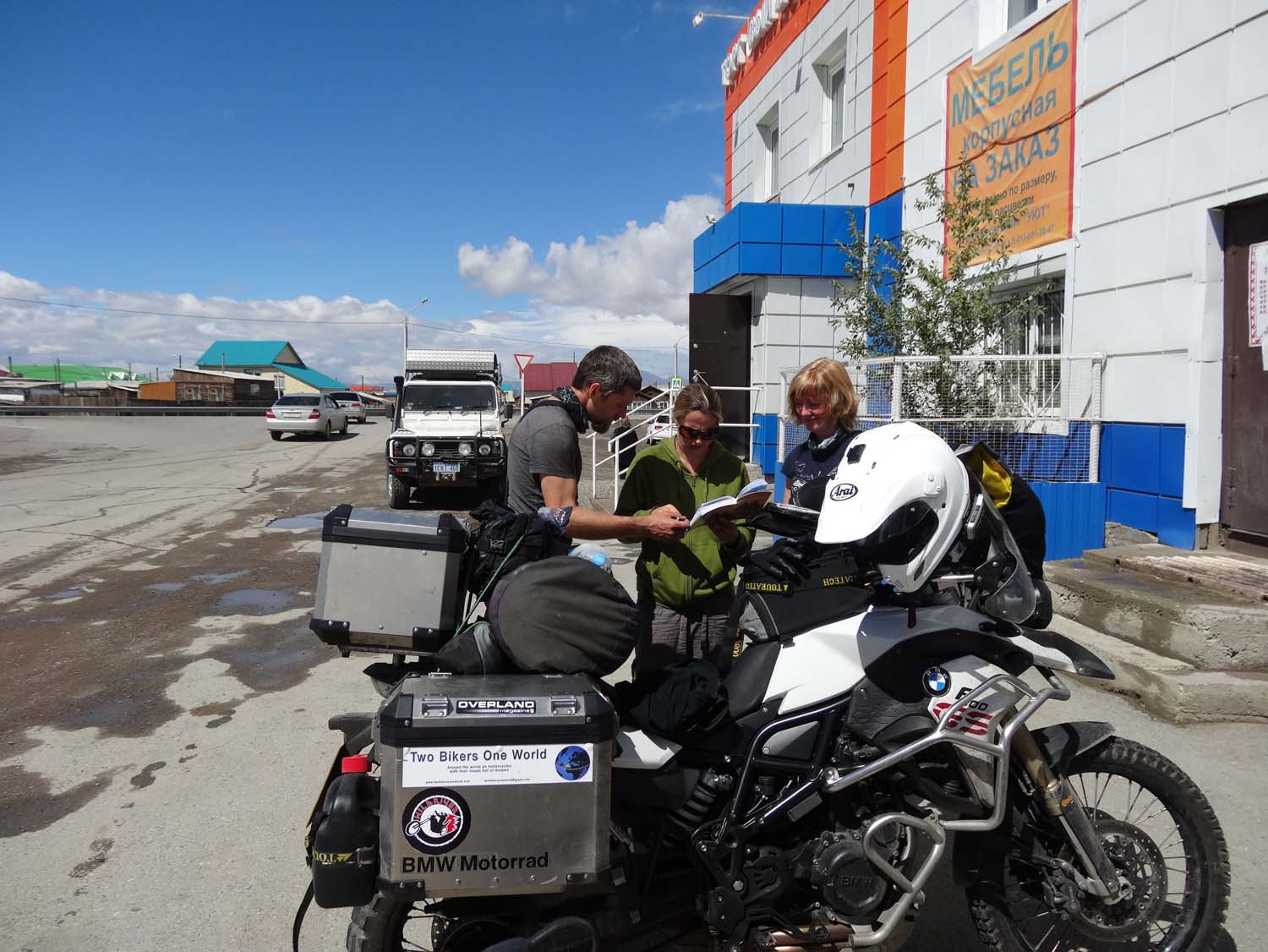 Swedish bikers on their way to Mongolia – swapping stories, maps and sim cards

A not so pleasant experience happened at one of our campsites along the Chutsky Trakt. Three times different drunk people wandered into our campsite, some demanding money for our spot, others wanting us to leave our spot because they wanted to camp there (we think that’s what they were trying to say). Not speaking the language was a bit of a handicap now, and after the third group had come and gone we were fed up. We left our lovely spot and went in search of a new one a bit further up the road. By that time it was dark and luckily we had no more unwanted visitors.

On our way out of Russia, we stopped in Byisk for dinner. Completely driving at random we spotted an interesting, old-style building. We thought it was a restaurant, but weren’t sure as the usual ‘Pectopah’ sign was missing. We opened the double set of doors and were welcomed by a lady wearing traditional Russian dress, yes it was a restaurant and no, she did not speak any English… 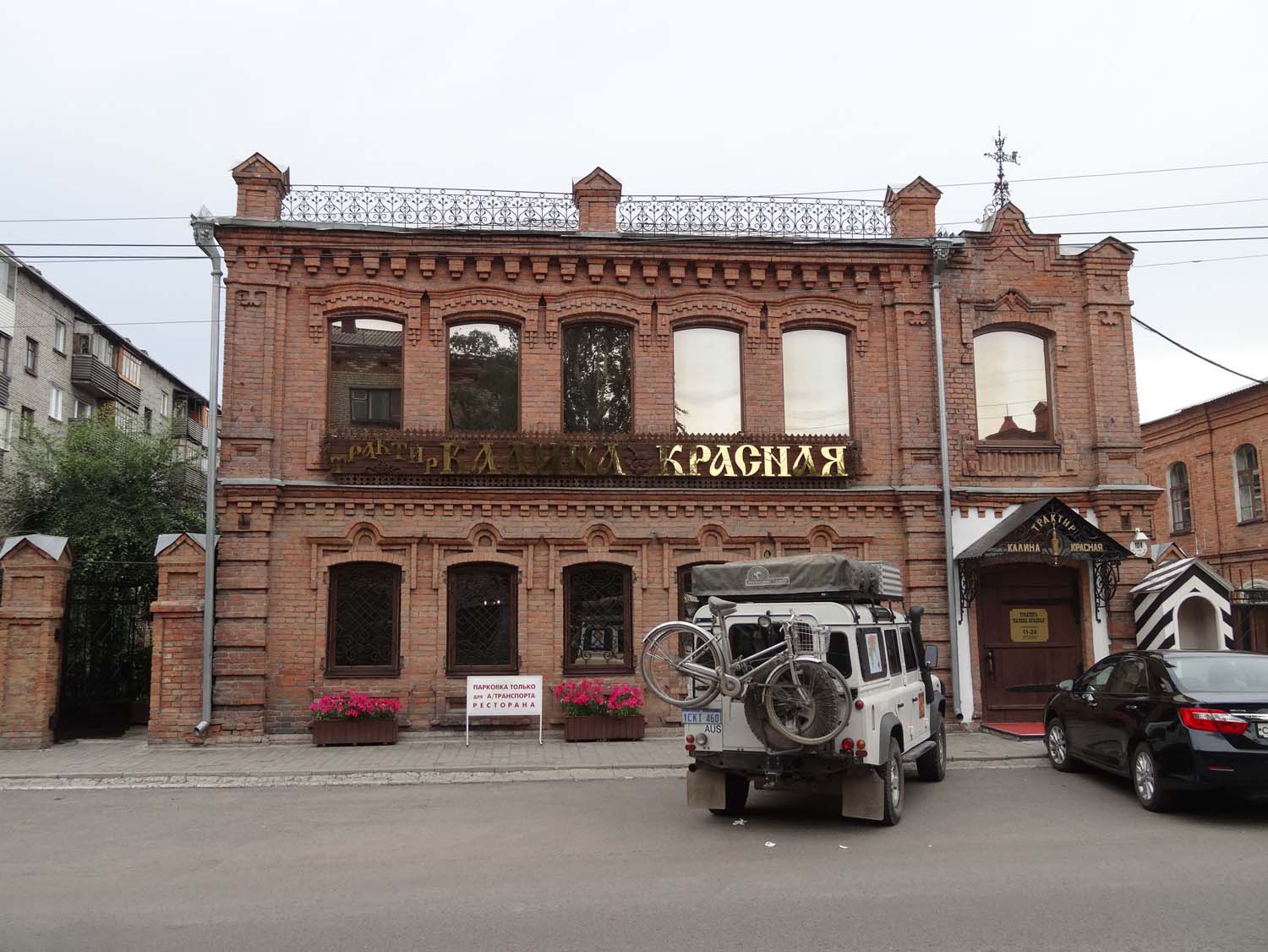 We had a lot of fun guessing what things on the menu might be and were trying to work through it using the few words we had learned and improvising with other languages. I wanted some ‘riba’ (fish) and Jon wanted to try a local or Russian dish. It took us only 25 minutes to order, but we were served a treat! I ended up with a fantastic piece of salmon, potatoes and salad, Jon had some sort of beef and mushroom stroganoff with mashed potatoes – yumm. To top it all off we ordered something for dessert, not knowing what it was (but being told it was typical Russian) we were pleasantly surprised with pancakes and home-made jams. Sensational! Writing it down now makes me realise we can have pancakes for dinner one night too, had totally forgotten about the existence of pancakes. 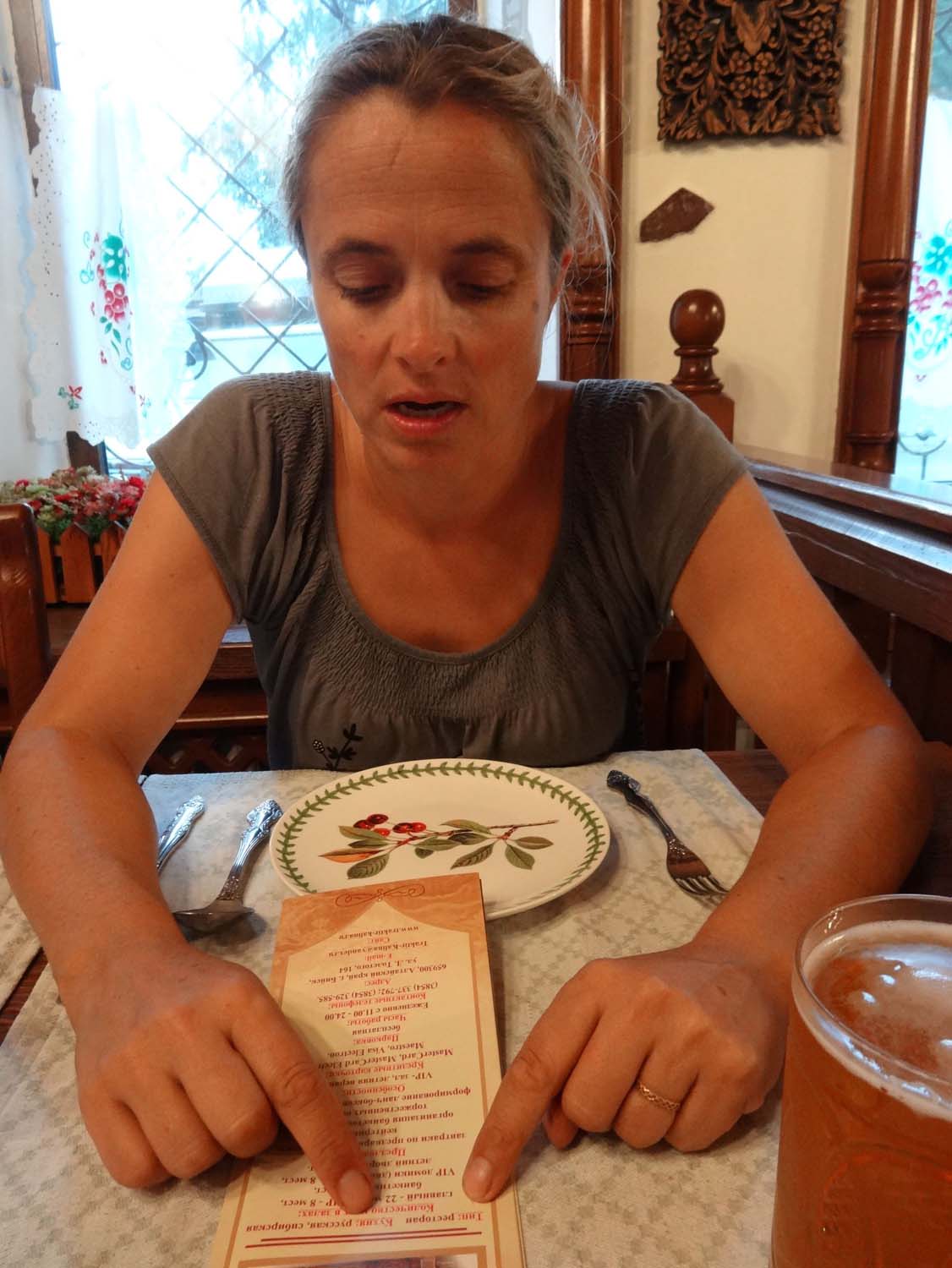 reading like a 5 year old, spelling out the individual letters to form words (and being very happy when the word is recognised!) 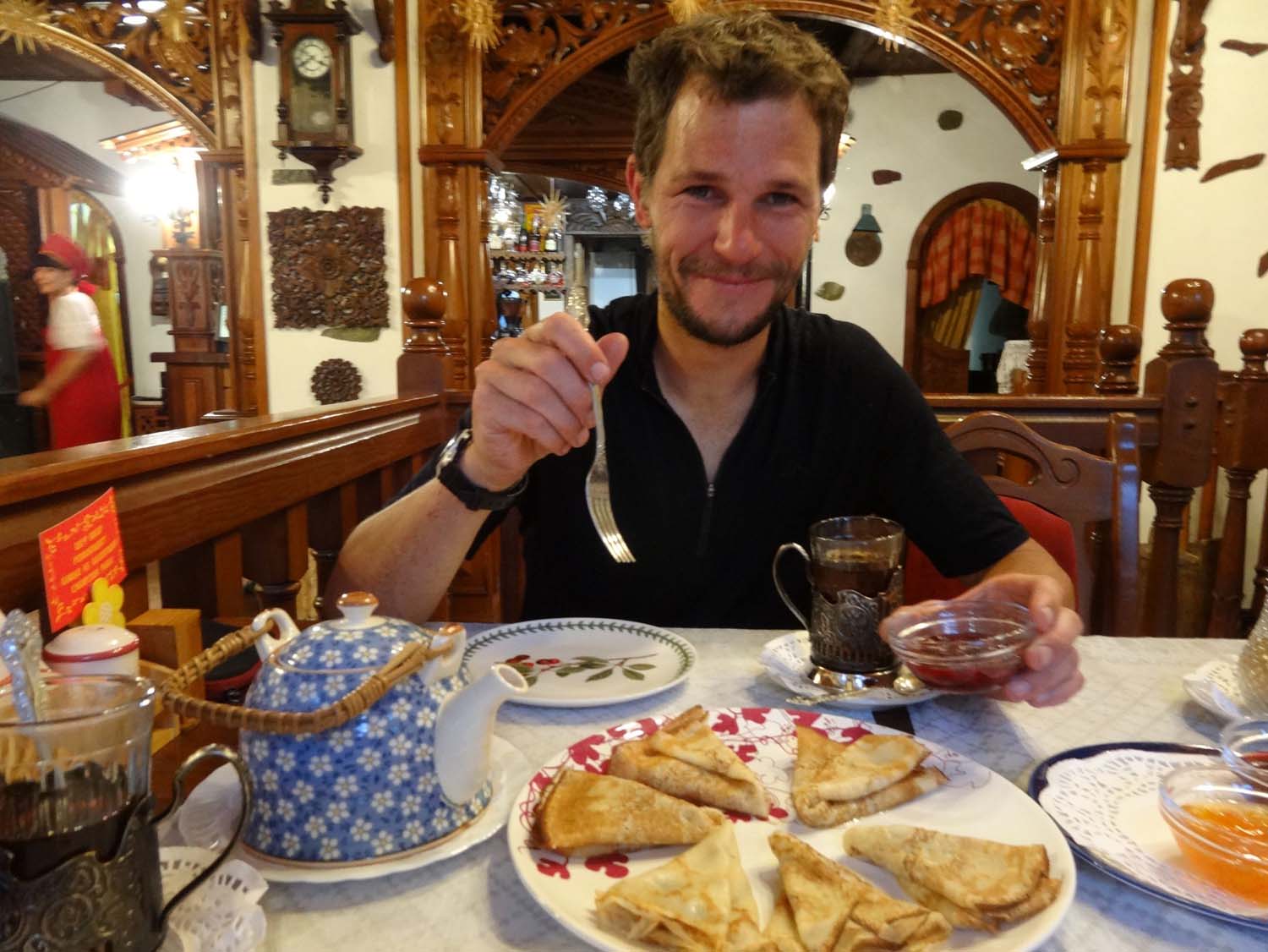 Then, for good karma, on the way to the border we spotted a local, frantically waving by the side of the road. We were on a small minor road leading to the border post with very little traffic on it and when we looked into the direction where he was pointing we saw a van. His van, and it looked stuck, very stuck in the mud. We turned around and drove off the main track to the little side track he was on. The puddles here looked deceptively benign, but driving through one we realised how thick the mud was hiding beneath the murky water. We used the winch to slowly pull him out, having to repeat the process a few times as steering was no option in those tracks and once clear out of one mud bath he would simply get stuck in the next one. It didn’t take that long though and soon we were both on our merry ways again. We were on our way to Kazakhstan! 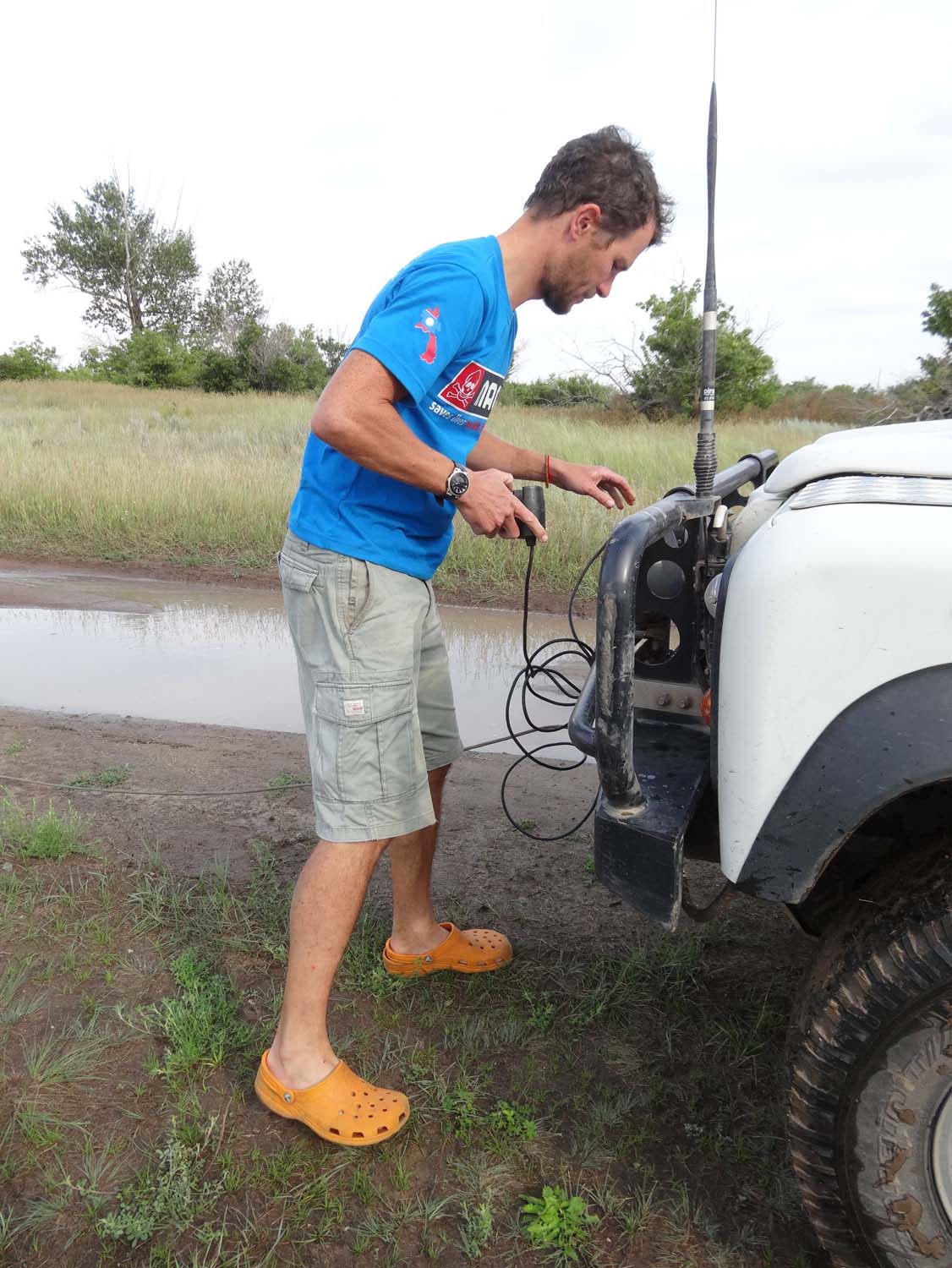 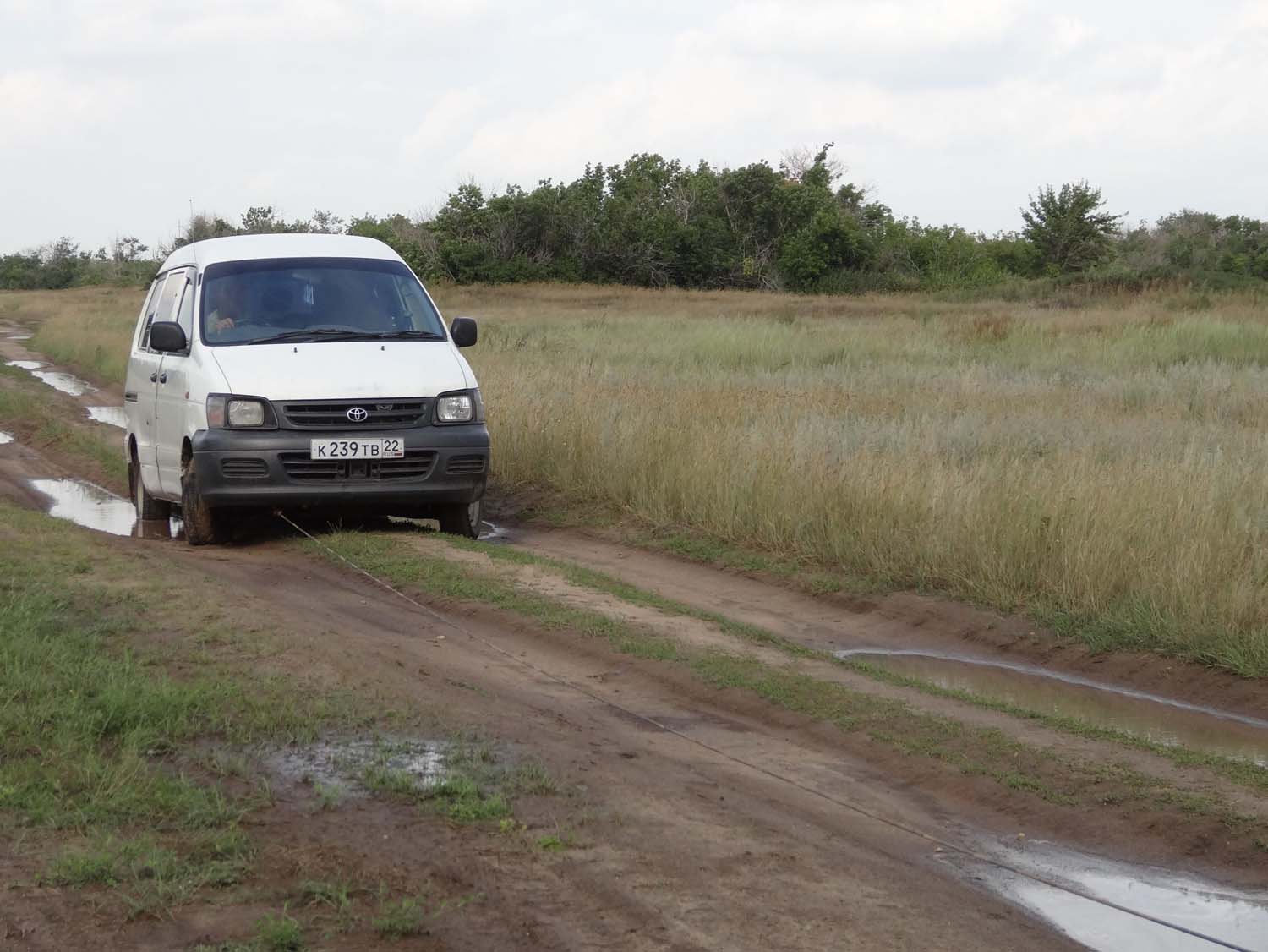 the mud doesn’t look very problematic, but it was amazingly sticky