Fossils in the Hills

Have you ever seen the dinosaur skeleton in the entrance of the National History Museum in London? It’s a 26m long diplodocus, and when you are 5 years old (as Jon was) it’s the biggest thing in the world and leaves a lasting impression.

Driving west from Kunming we saw a sign for ‘Dinosaur Valley’ and even though it looked like an amusement park we decided to stop for our morning coffee break and stay until after lunch.

Imagine our surprise after walking past the initial collection of fake, tacky, life-sized statues of different types of dinosaurs outside, to find dozens of dinosaur skeletons on display in the quarry hall. Real ones!

a few dinosaurs in the first section

It was an amazing sight, overwhelming really. Row upon row of perfectly preserved dinosaur skeletons. They have unearthed so many from this area that they have had to resort to cramming them in to the museum as best they can. And that was in the first section of the hall. 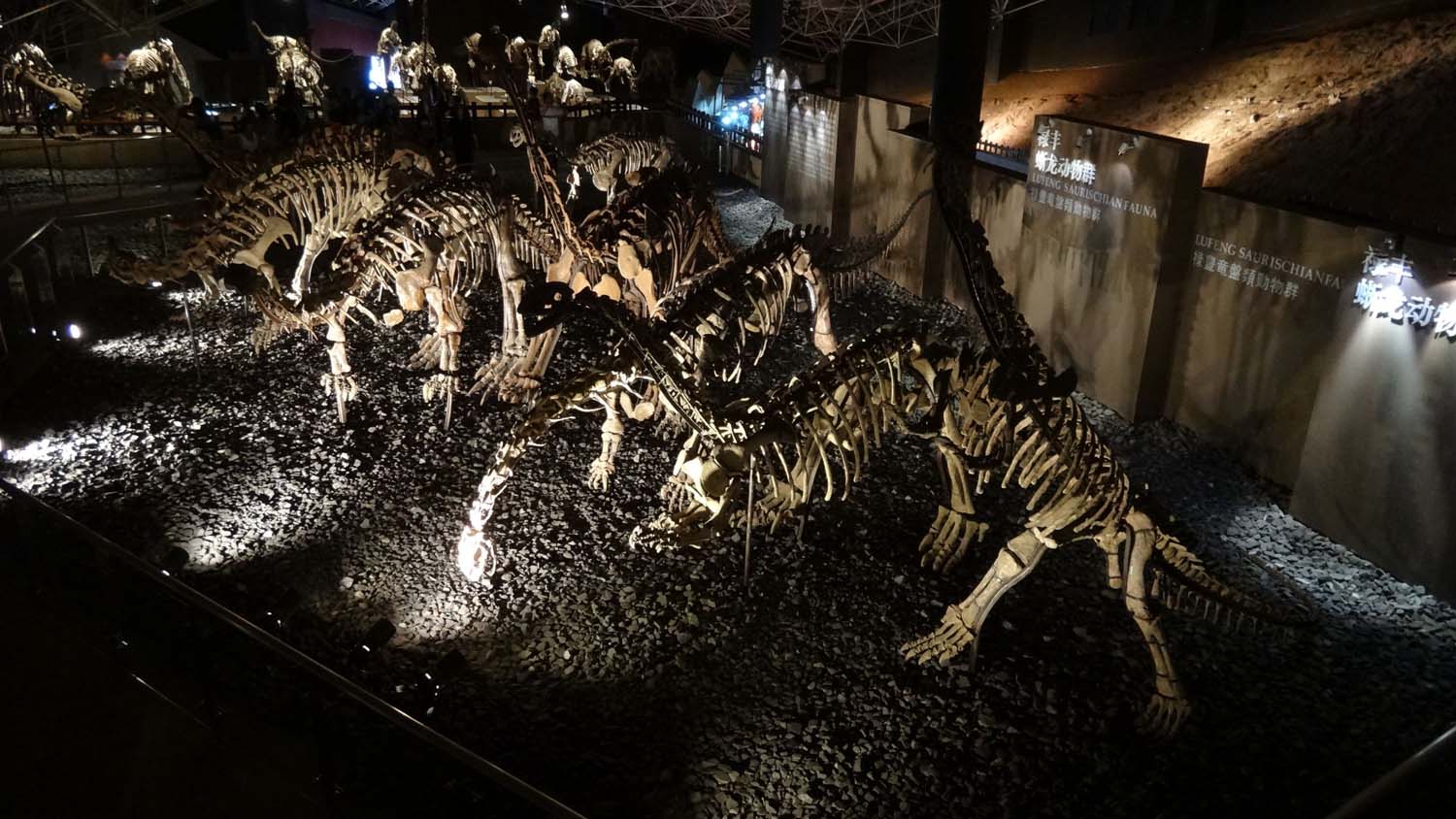 so many dinosaurs! check out the background of this photo

They were still cleaning more bones and had more skeletons being prepared for display, all in all there were nearly 70 skeletons. The biggest one was 27m long and 6.5m high (a chuanjiesaurus anaesis, a sauropod or longneck), really impressive! It was hard to even get a photo with the whole thing in it. 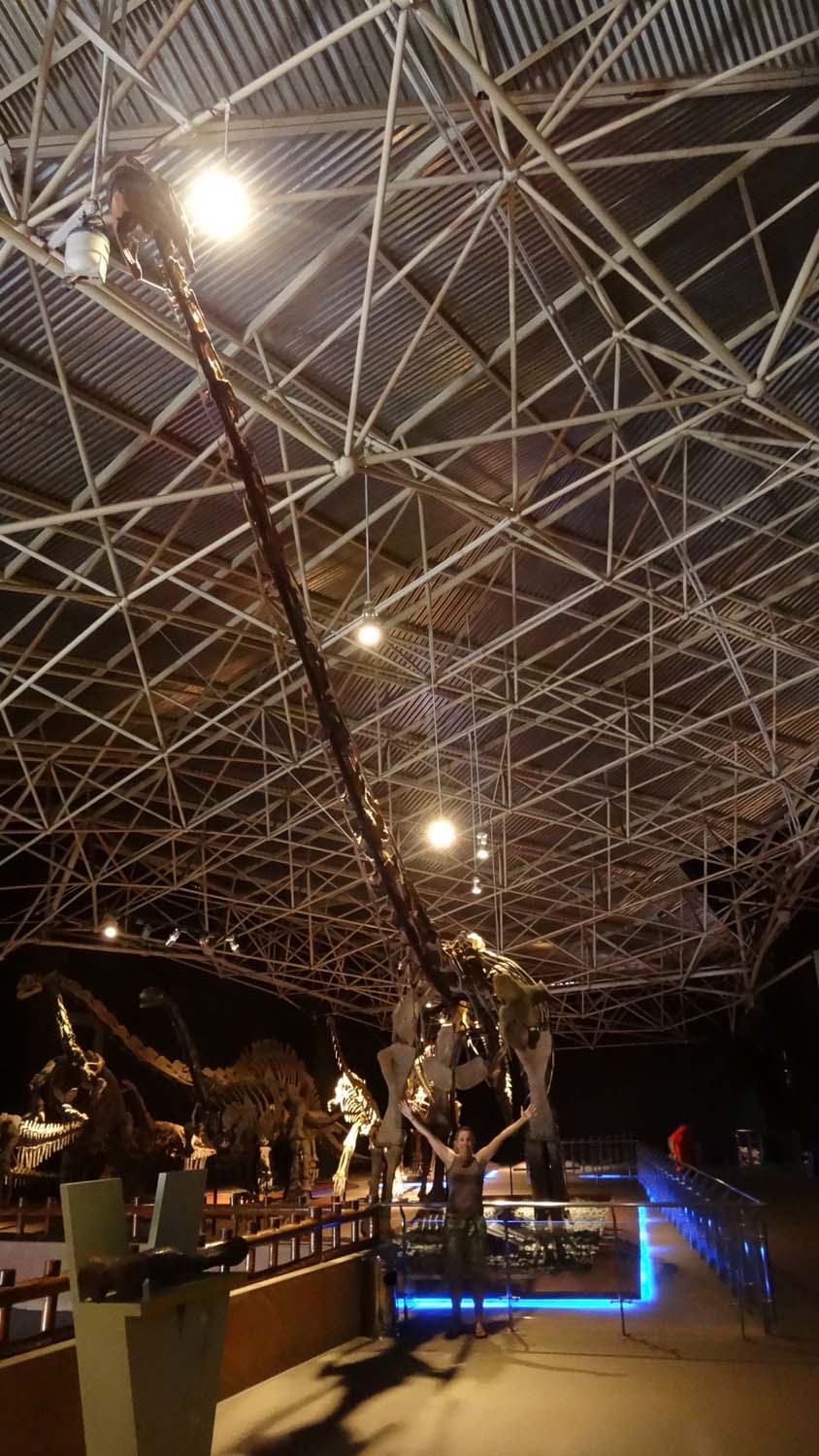 look at the size of his neck!

I don’t know about you, but I still think it is pretty amazing to think these animals were roaming this area millions of years ago.

After those impressive fossils we moved on to slightly different fossils – the ancient towns of China. Dali, Zongdian (also known as Shangri-La) and Lijiang are all old towns tucked away in the beautiful mountainous scenery of Yunnan. There is a lot of Tibetan influence here and the prayer flags and delicious Tibetan food can be found everywhere, as well as lots of people still wearing traditional dress. 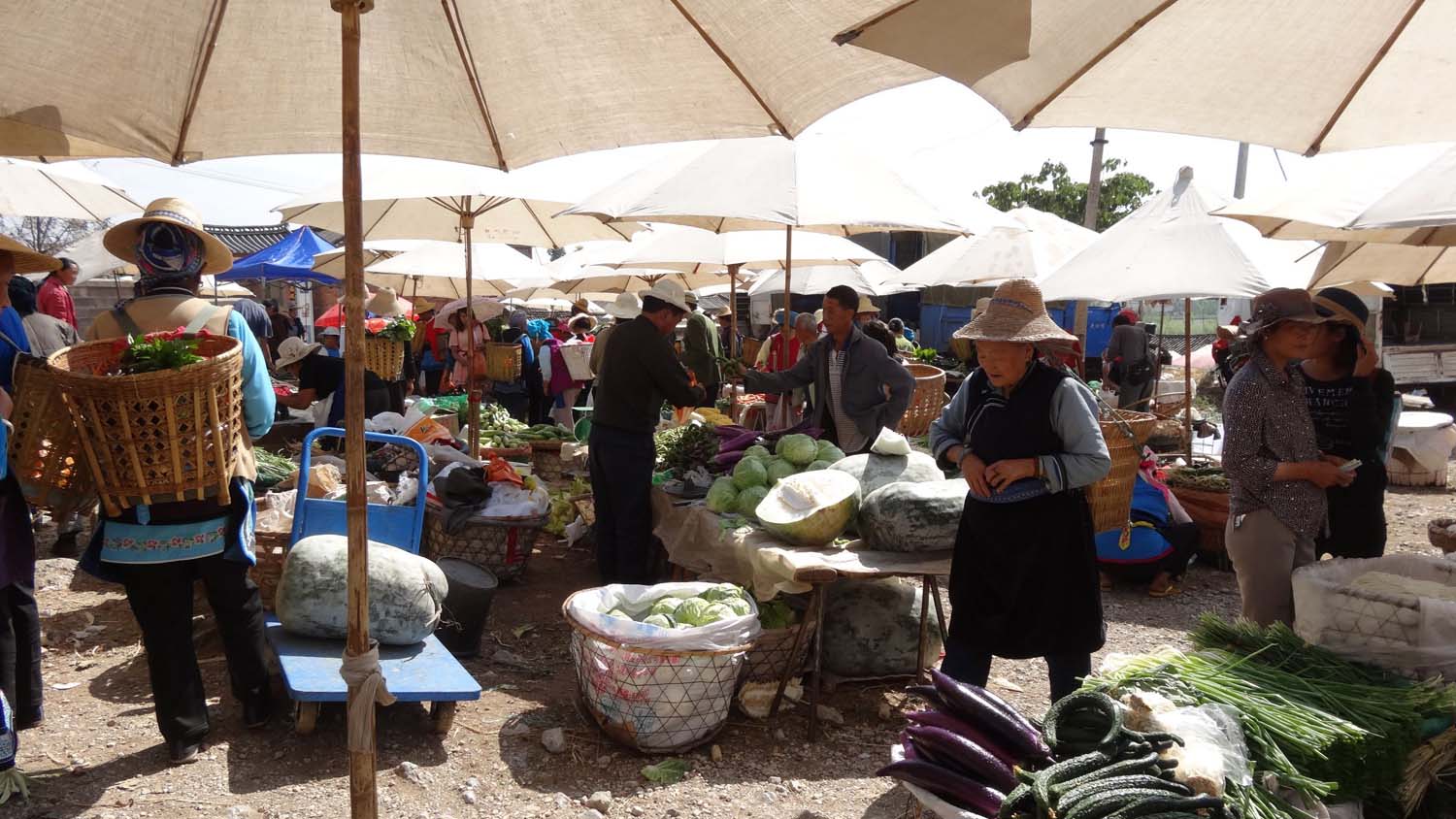 great markets in the small towns 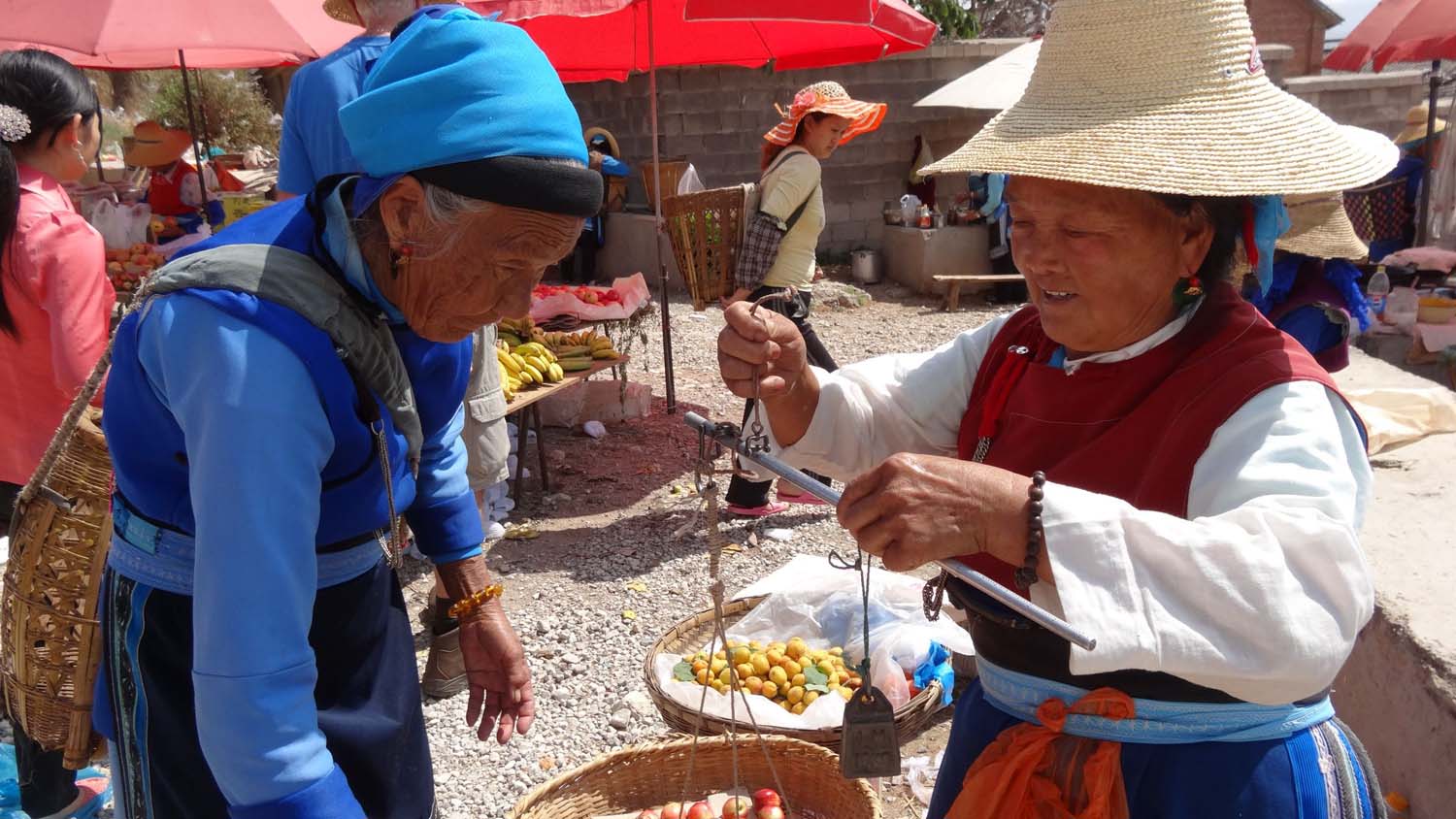 buying food on the market – check out the scales used 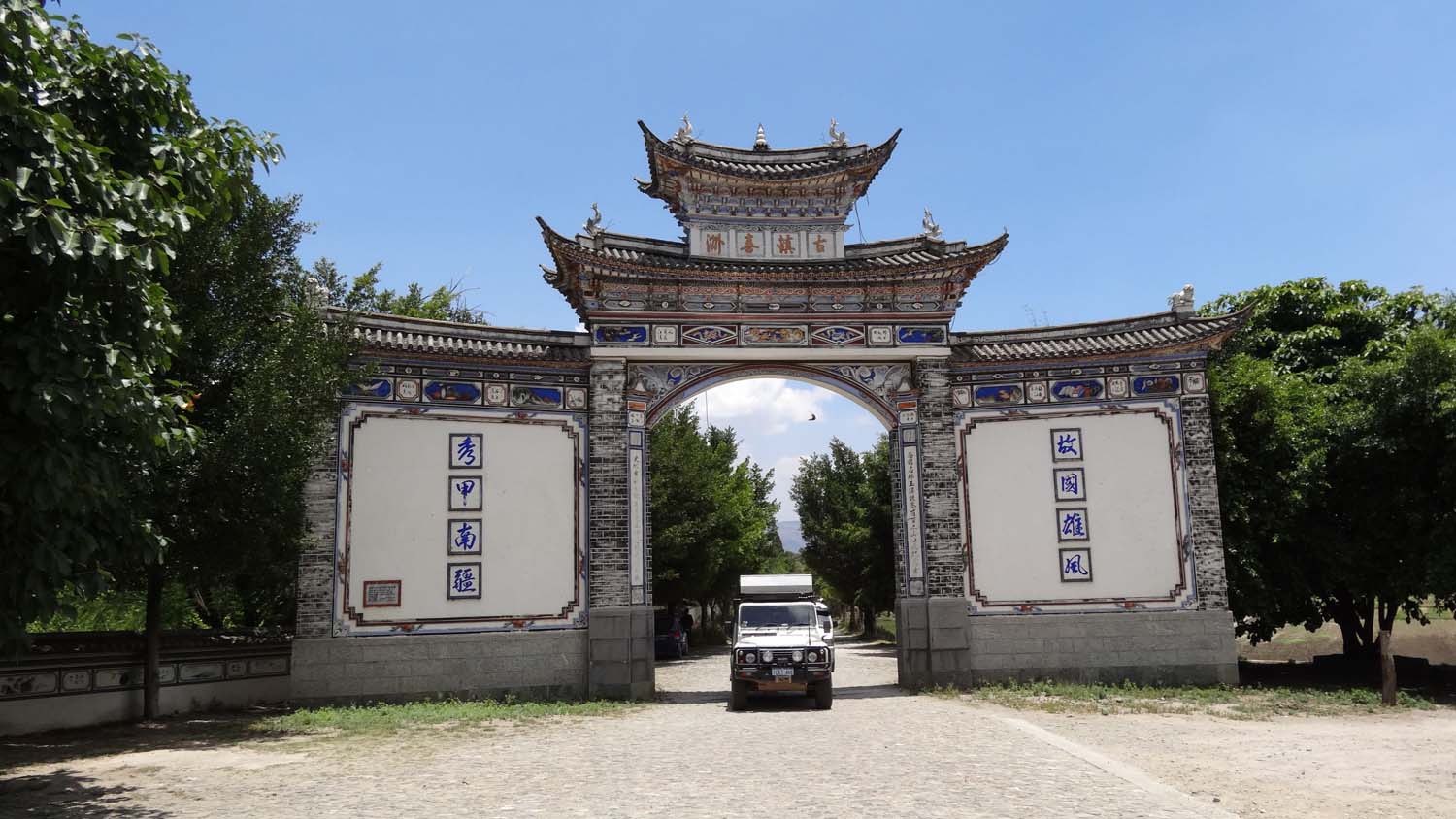 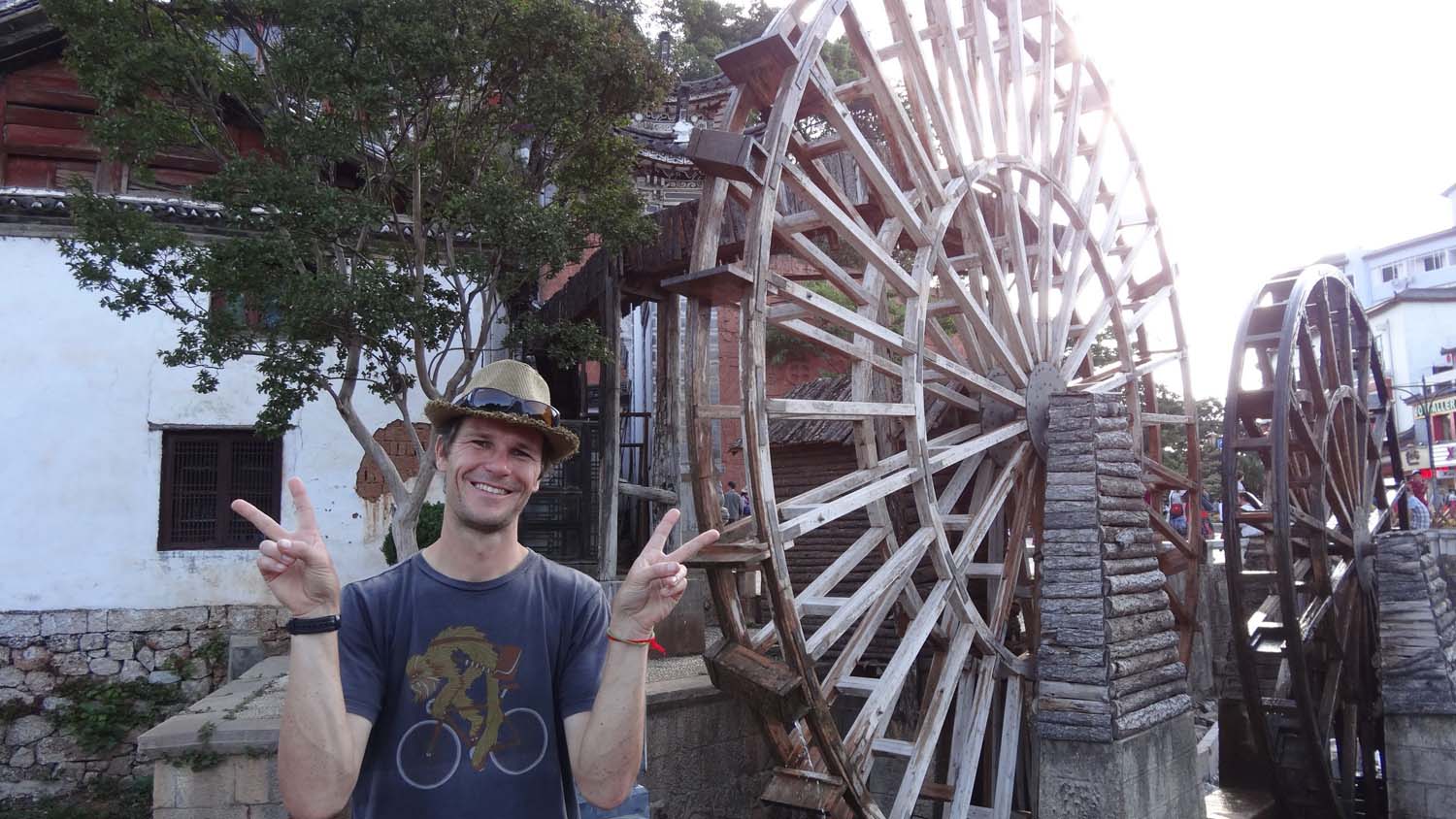 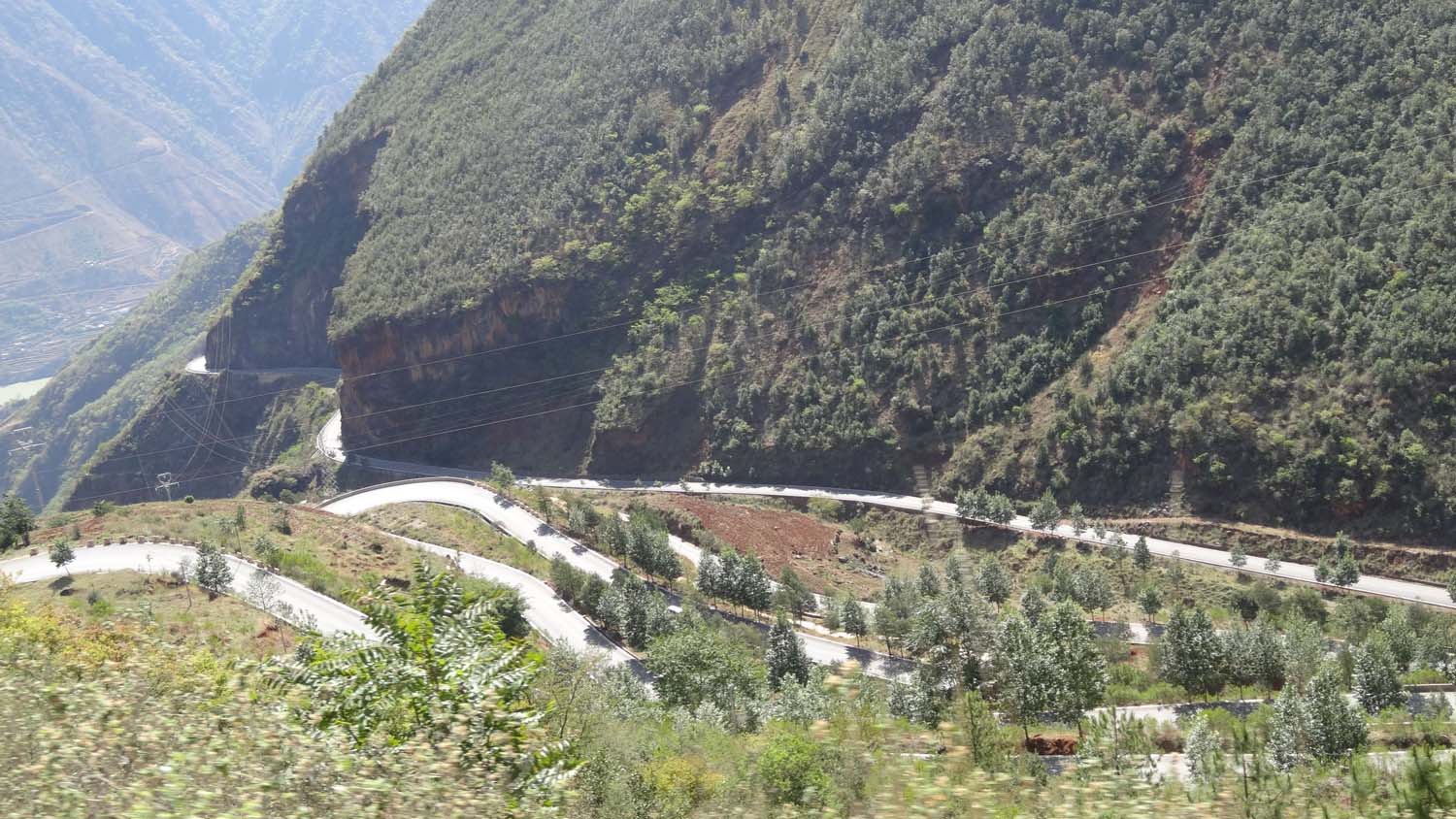 China has some amazing driving roads 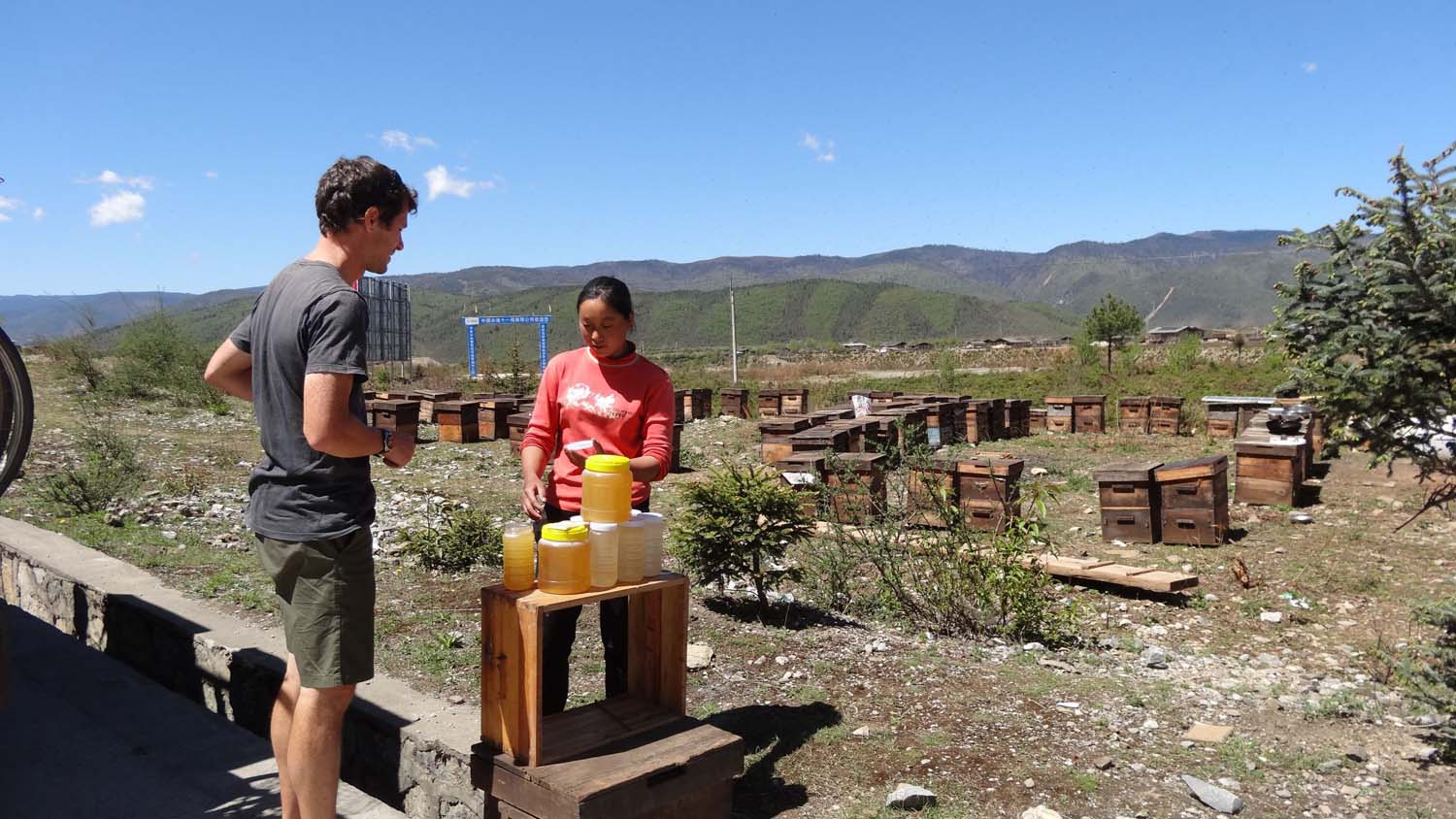 buying honey directly from the beekeepers alongside the road, we also buy pretty much all of our fruit like this – even along highways 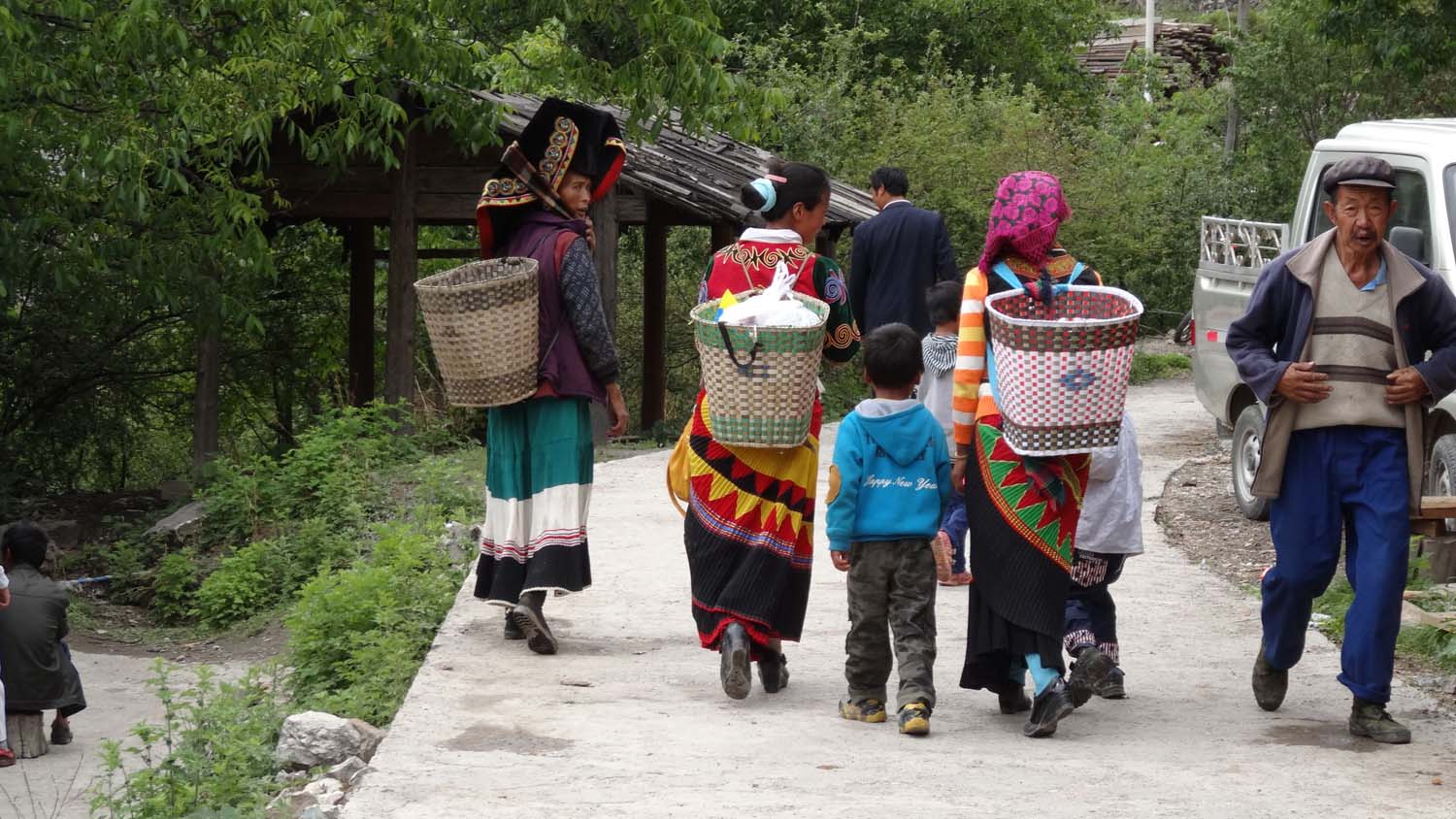 married Yi woman with traditional hat on the left 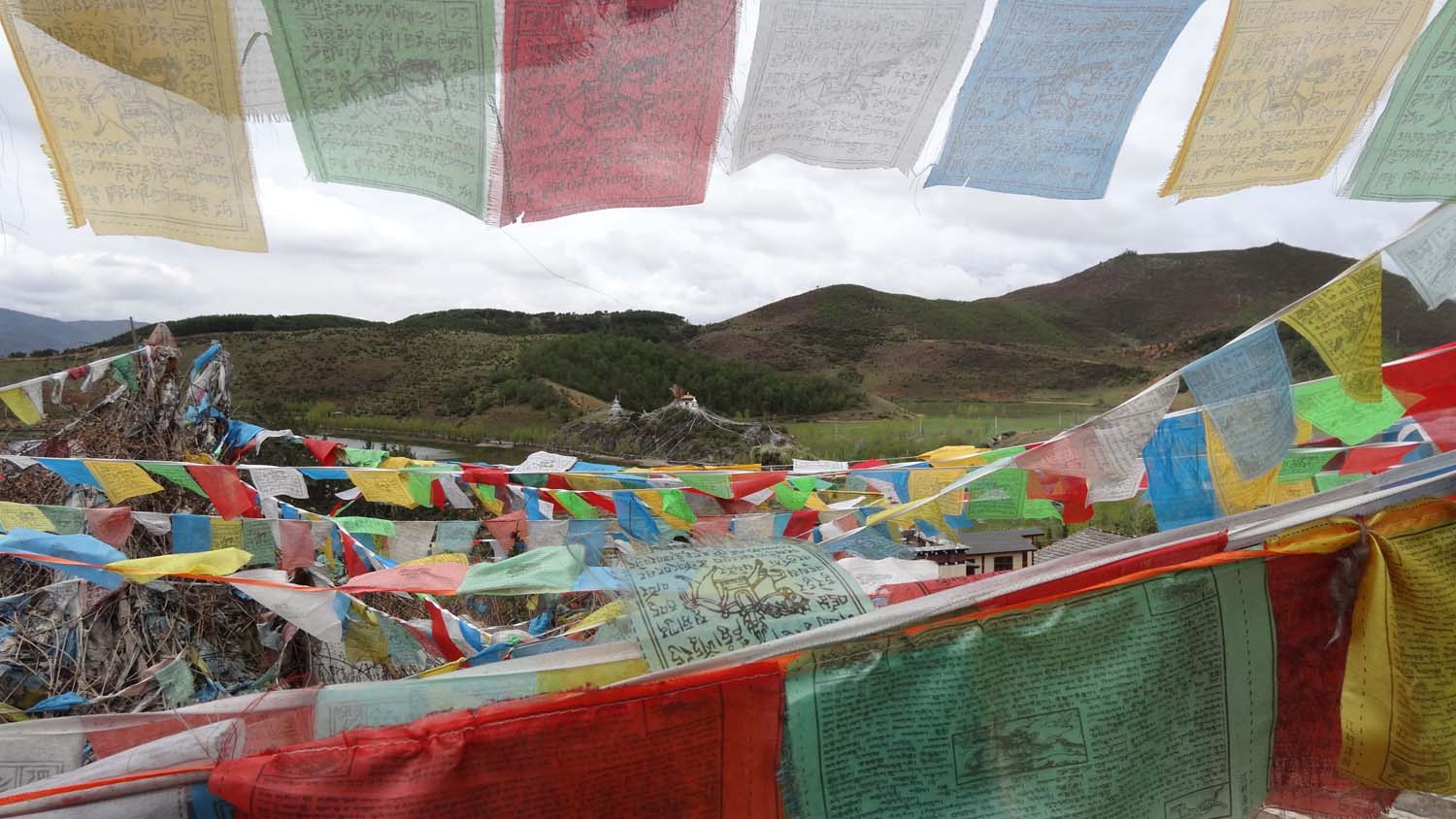 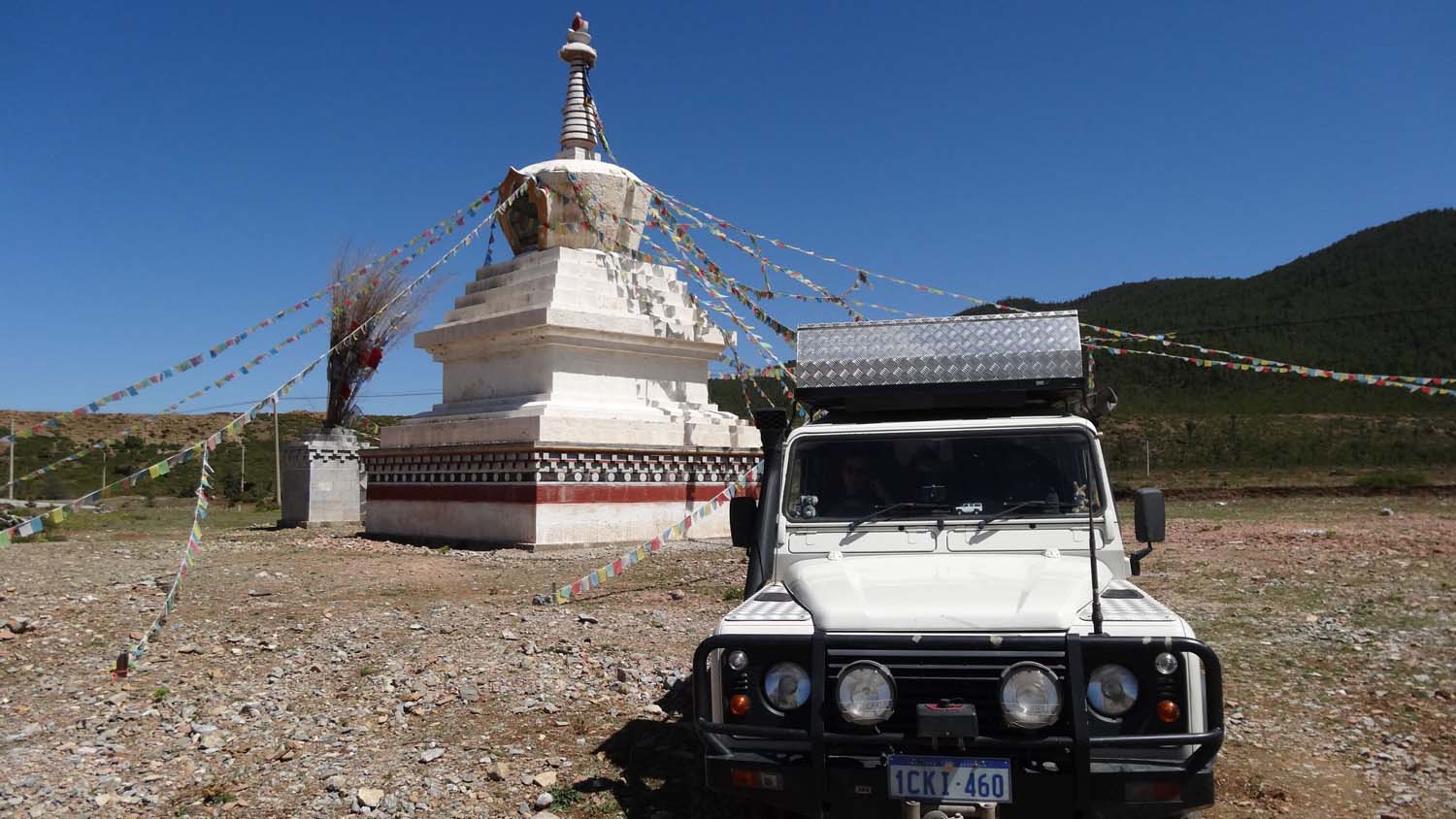 We strolled around the towns, horrified by the amount of junk the Chinese seem to consume, and enjoyed the old architecture. In Dali we hiked up to Cloud Path in the Cangshan Mountains, in Zongdian we visited the very impressive Songzalin Tibetan monastery (think Potala palace in Lhasa and you have the idea) and in Lijiang we hiked up Jade Dragon Snow Mountain. 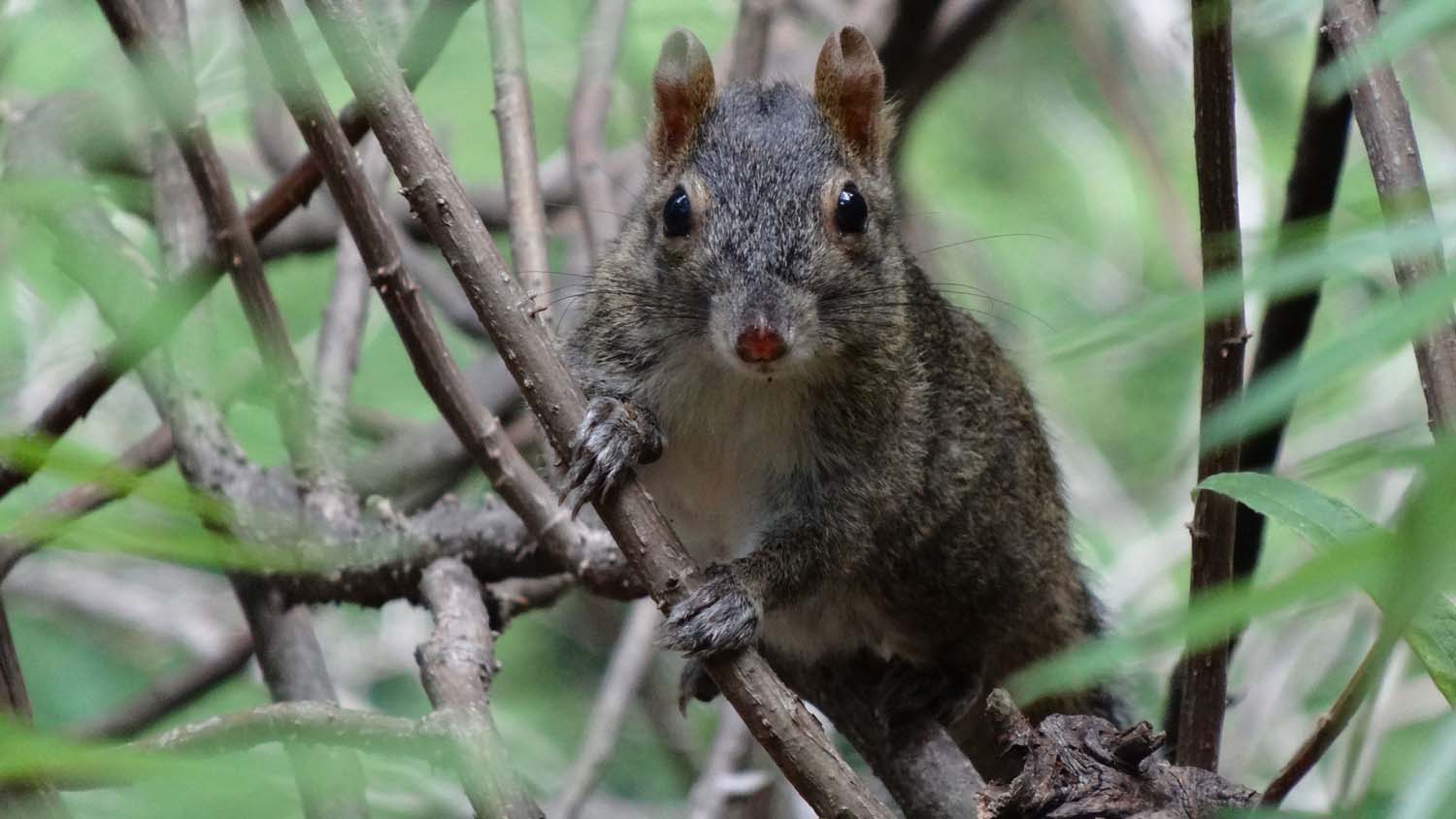 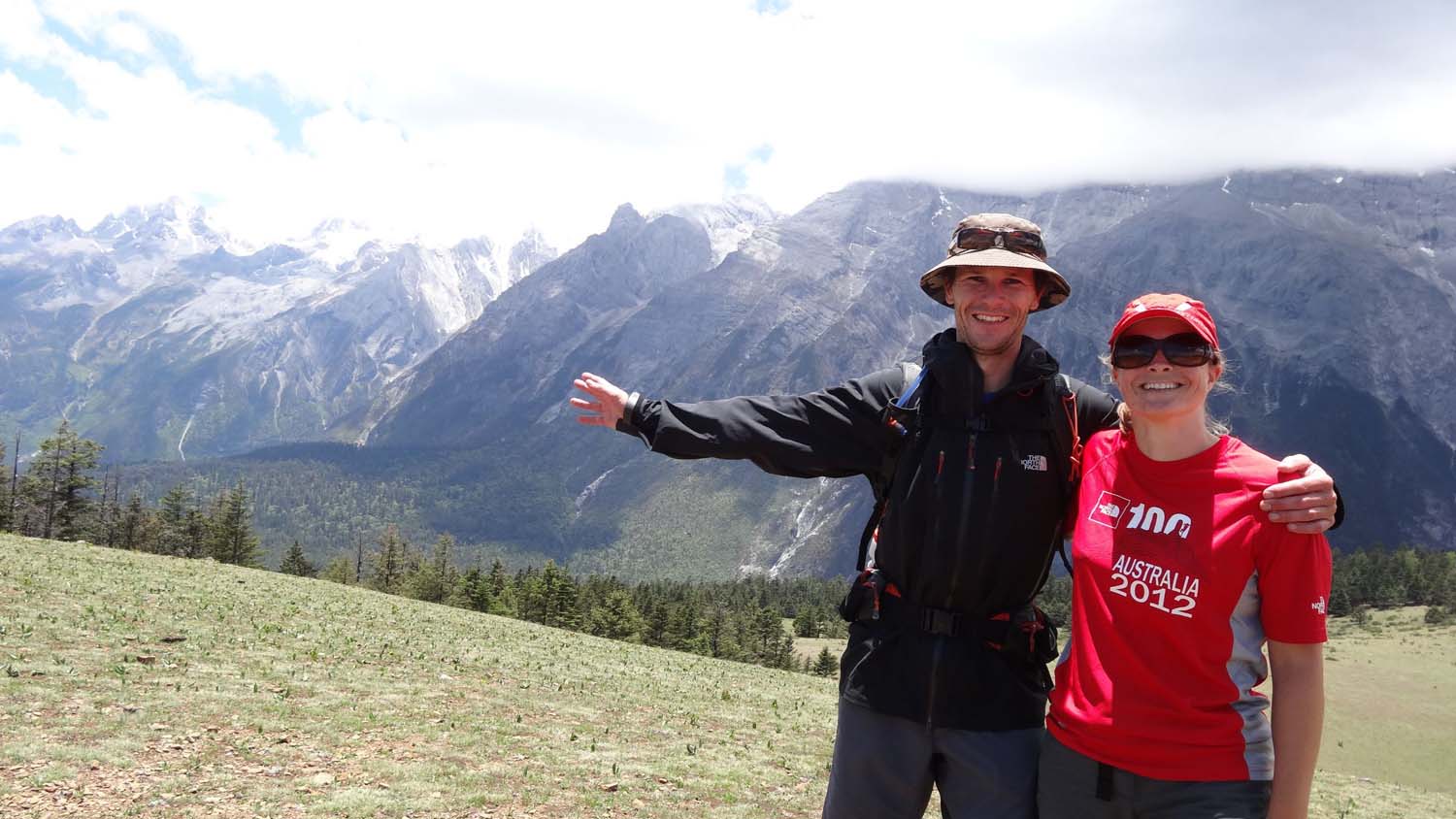 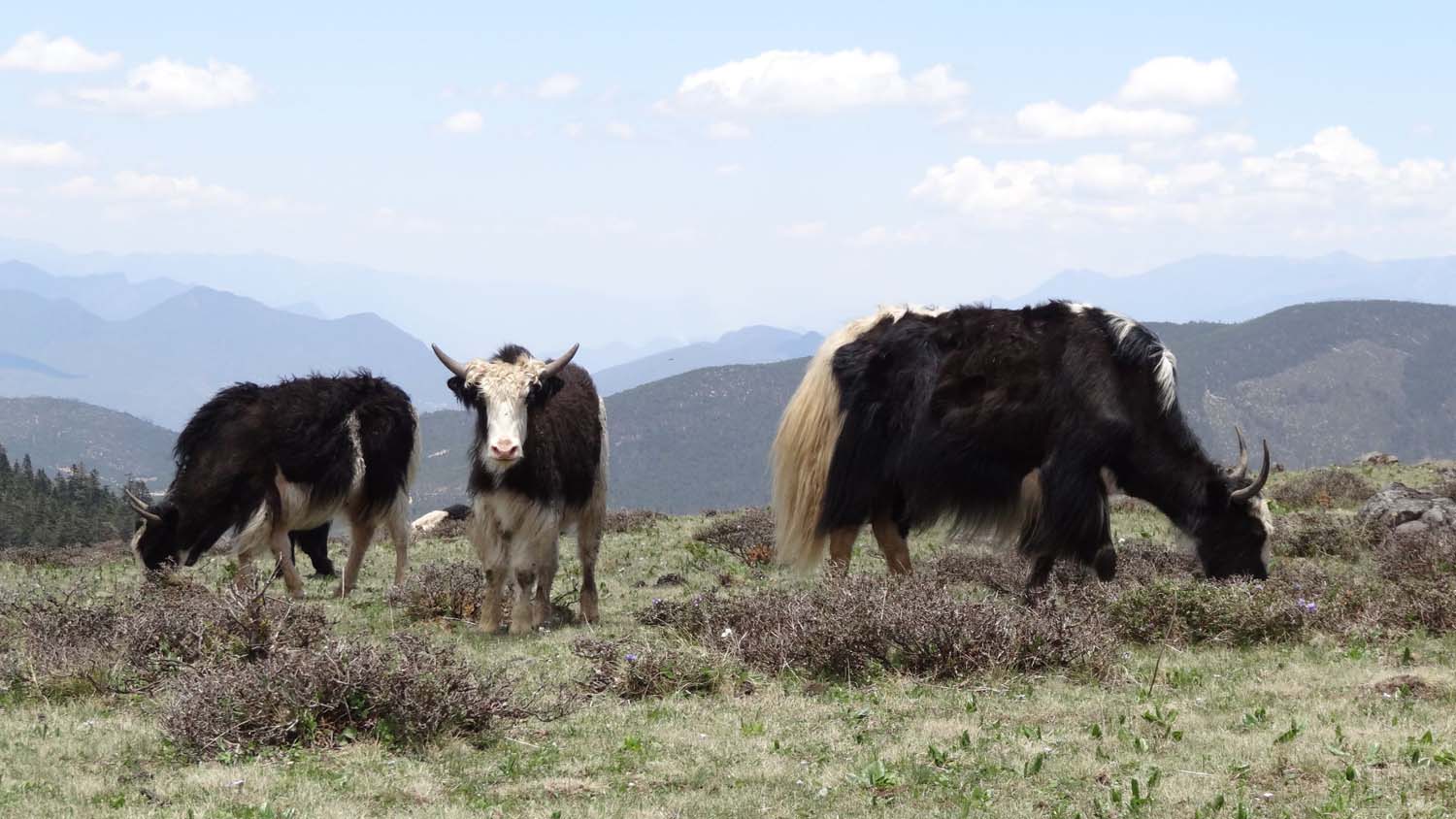 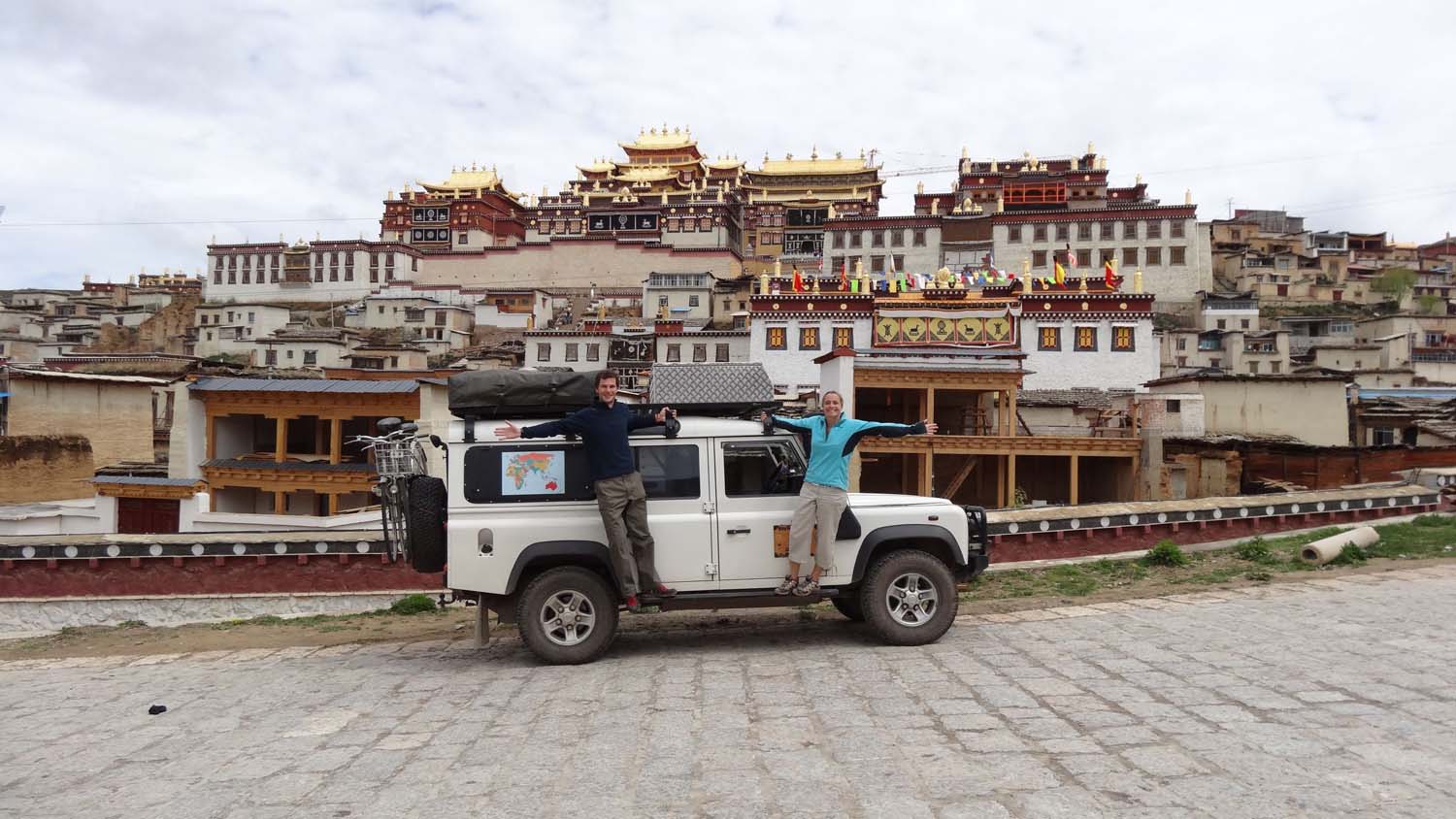 It’s such a shame we can’t go on to Tibet from here now, but we’ll have to make that an adventure for another day…

Another, slightly different, fossil is the matriarchal society around Lugu Lake. We spent a couple of days camped on the beach, and took the kayak out for the first time in China! The lake is not big, so we paddle around most of it, observing life in the villages from a distance. 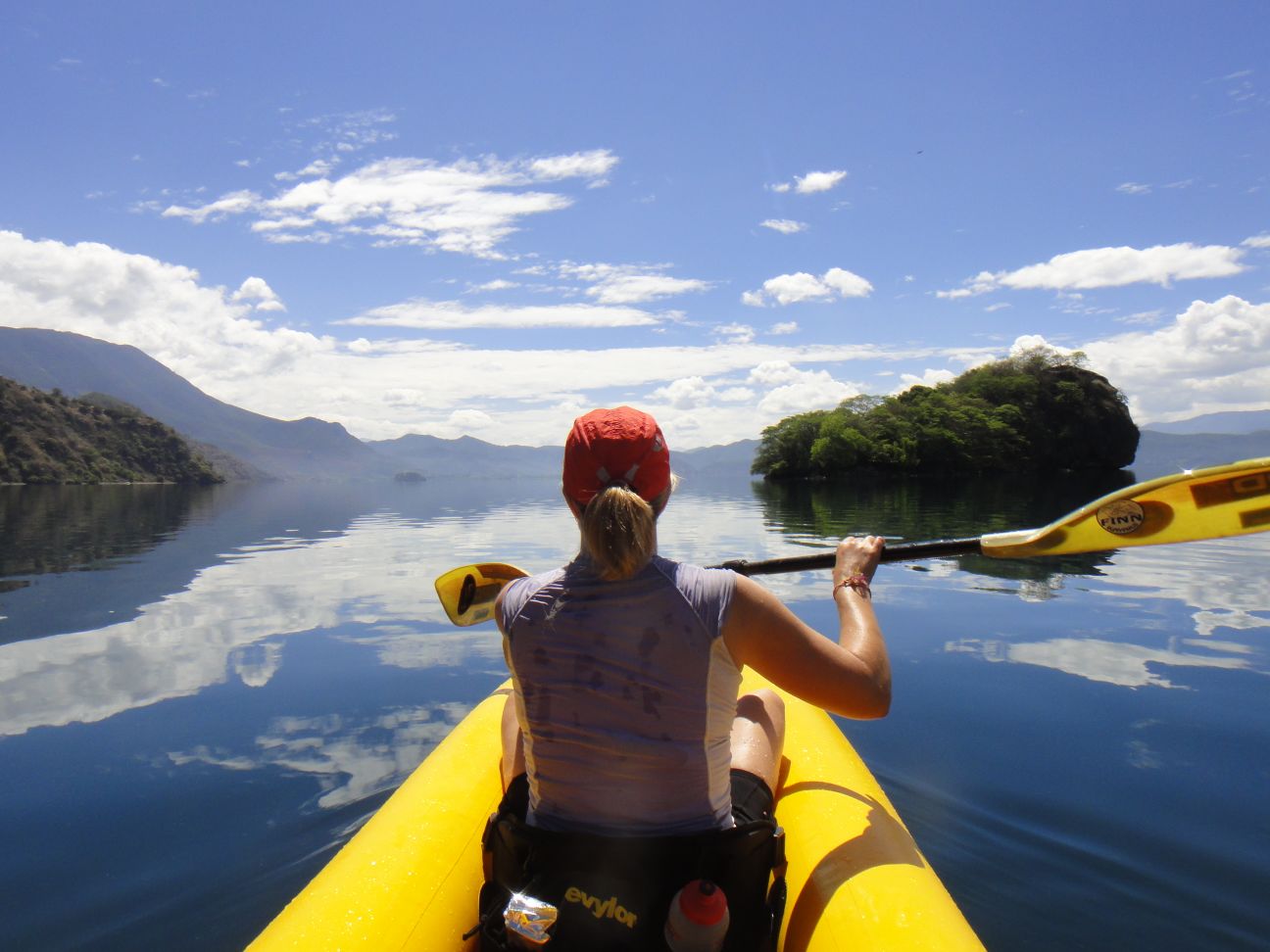 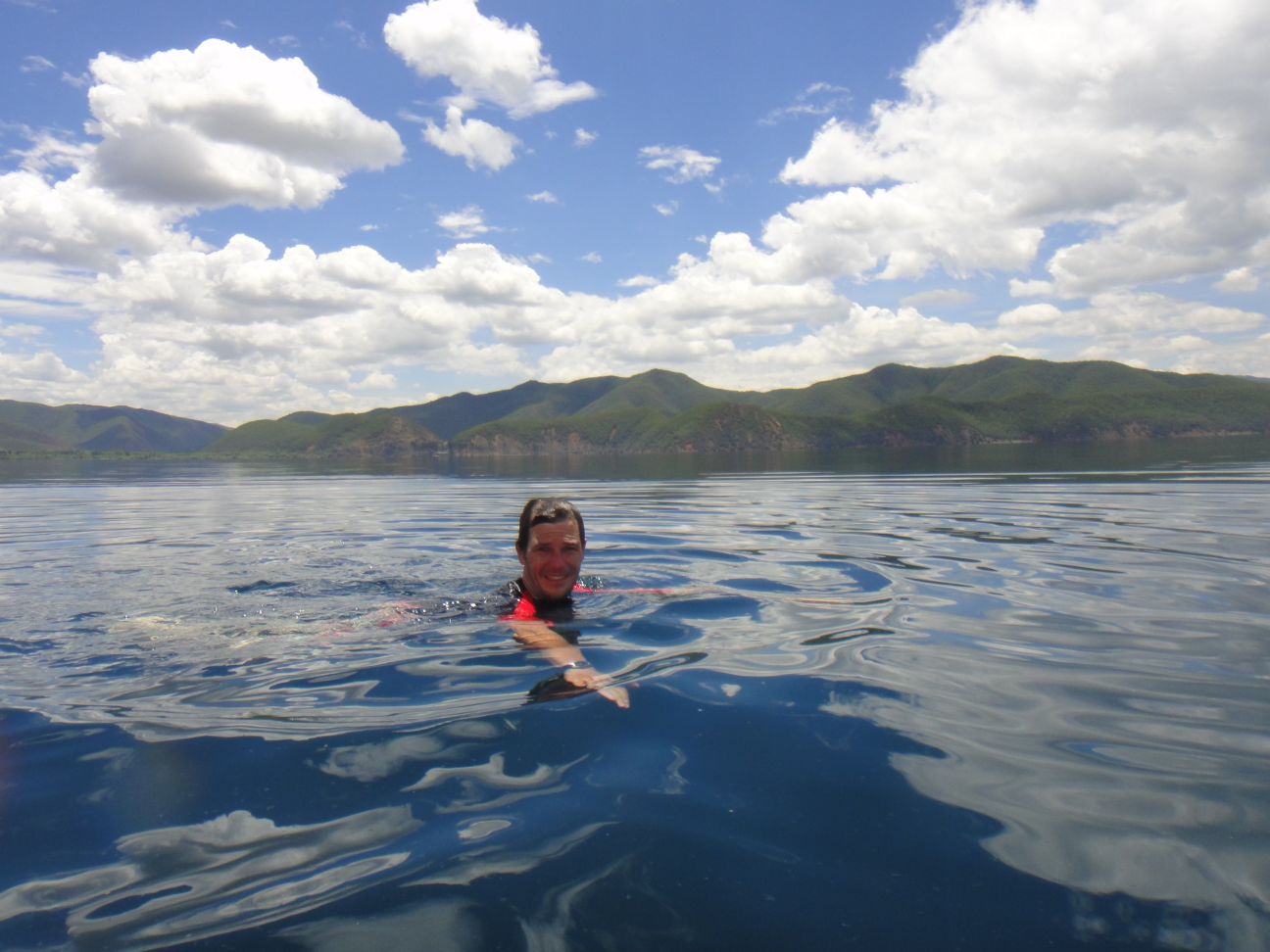 bit nippy but so nice to be able to swim again (and of course wash!) 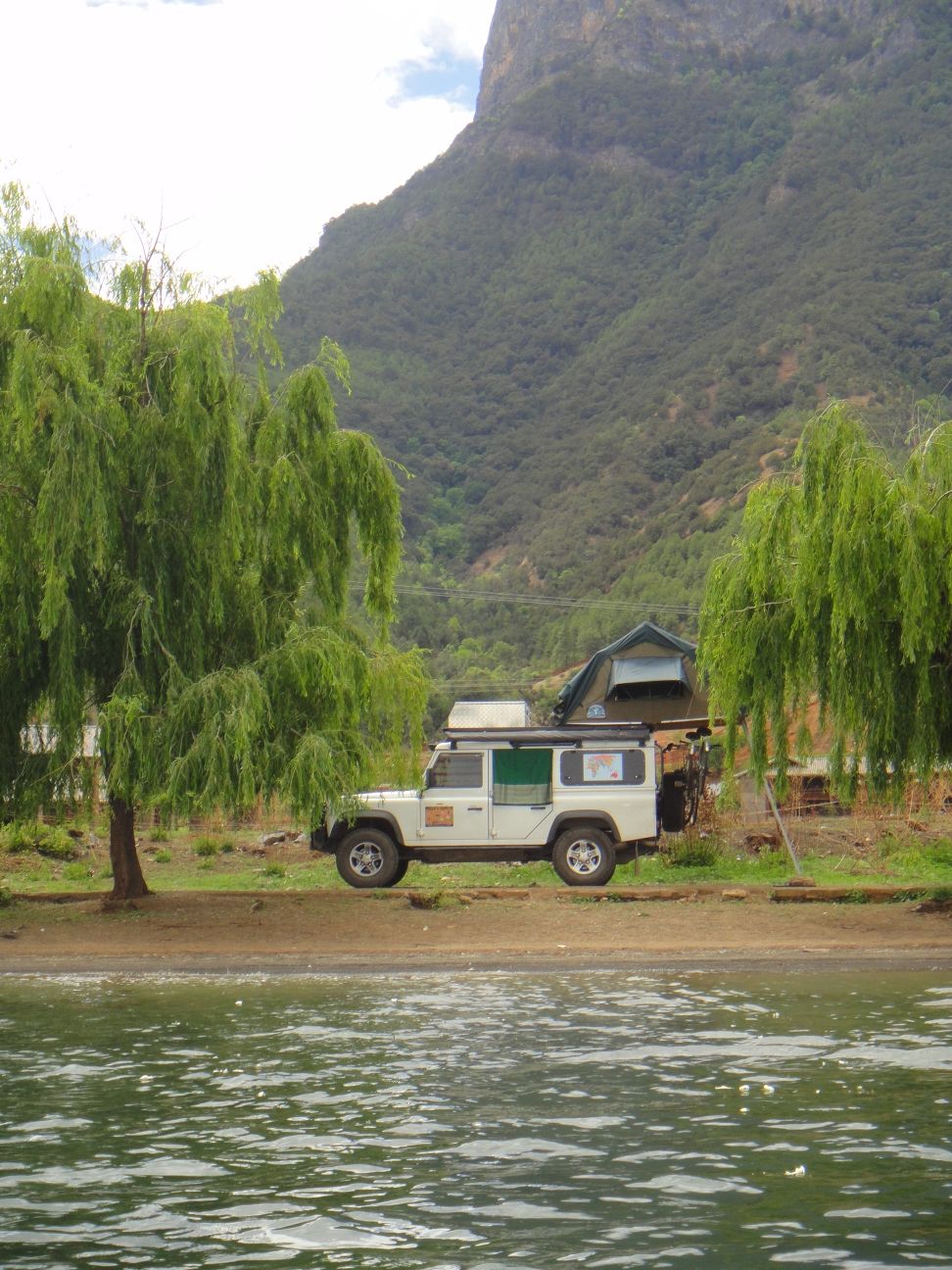 one of our best campsites in China at Lugu Lake

The women here never marry, but have several boyfriends whom they invite back to their place when they please. They tend the fields, raise the kids (who never know their fathers) and basically run the show. Sons continue to live with their mother and daughters eventually move out and set up their own home. It all goes back to the caravanning days on the silk route when men were often away for years at a time, some never returned. All very practical (as always when women run the show).

On our way to Zongdian we passed through Tiger Leaping Gorge. It’s a spectacular gorge formed by the Yangtze river, several kilometers deep in places. There is a 2-day hike we decided to tackle in one day. Hitch-hiking in China for us is easy as every car seems to want to pick up westerners (and take photos of us and with us, but that’s another story…), so within 1 minute we have our ride to the start. The trail winds through the valleys and along the cliffs of the gorge, following the local trails between the traditional villages. We run sections of the trail and enjoy leisurely breaks for morning and afternoon tea and a long lunch in the sun. 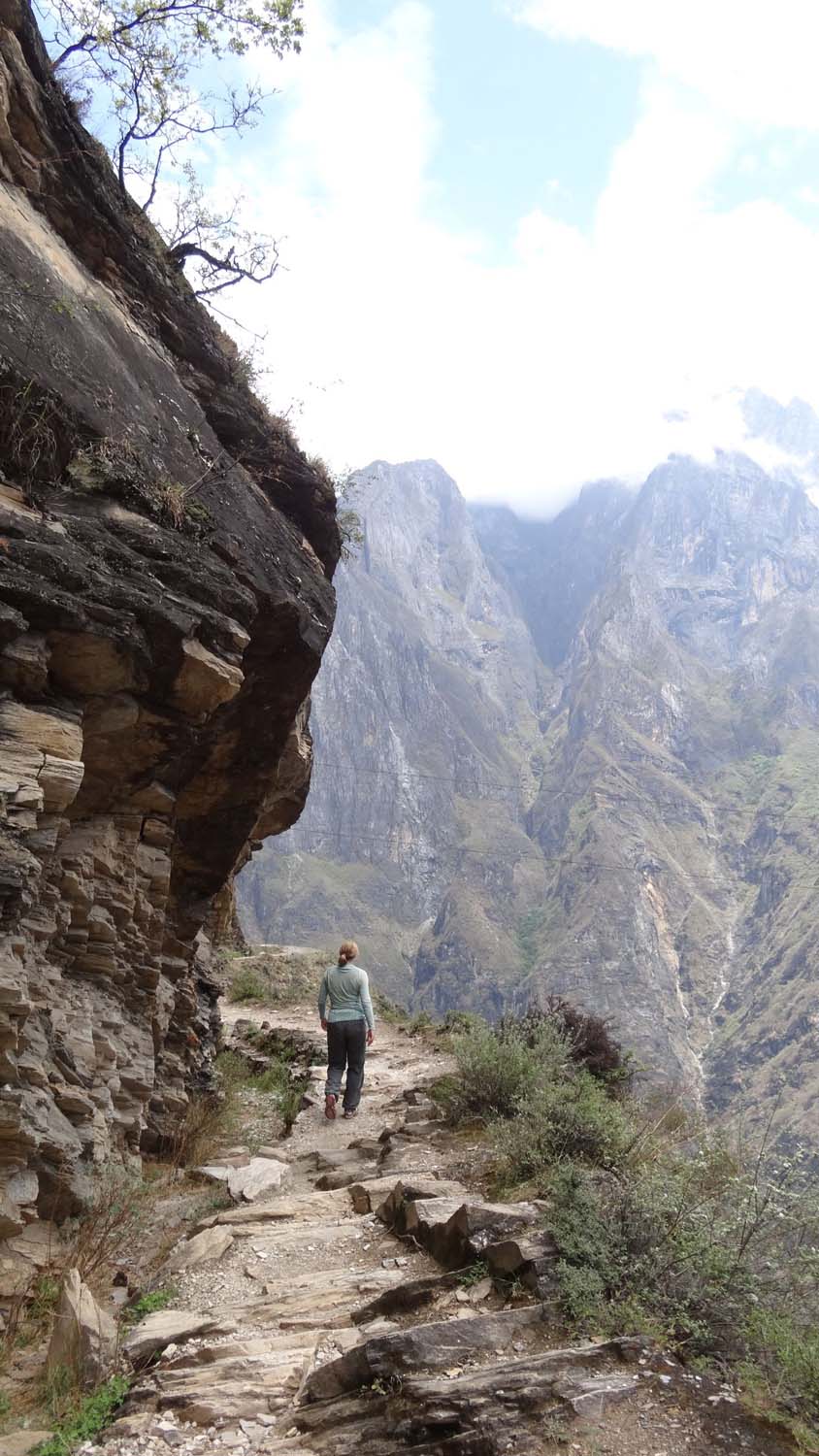 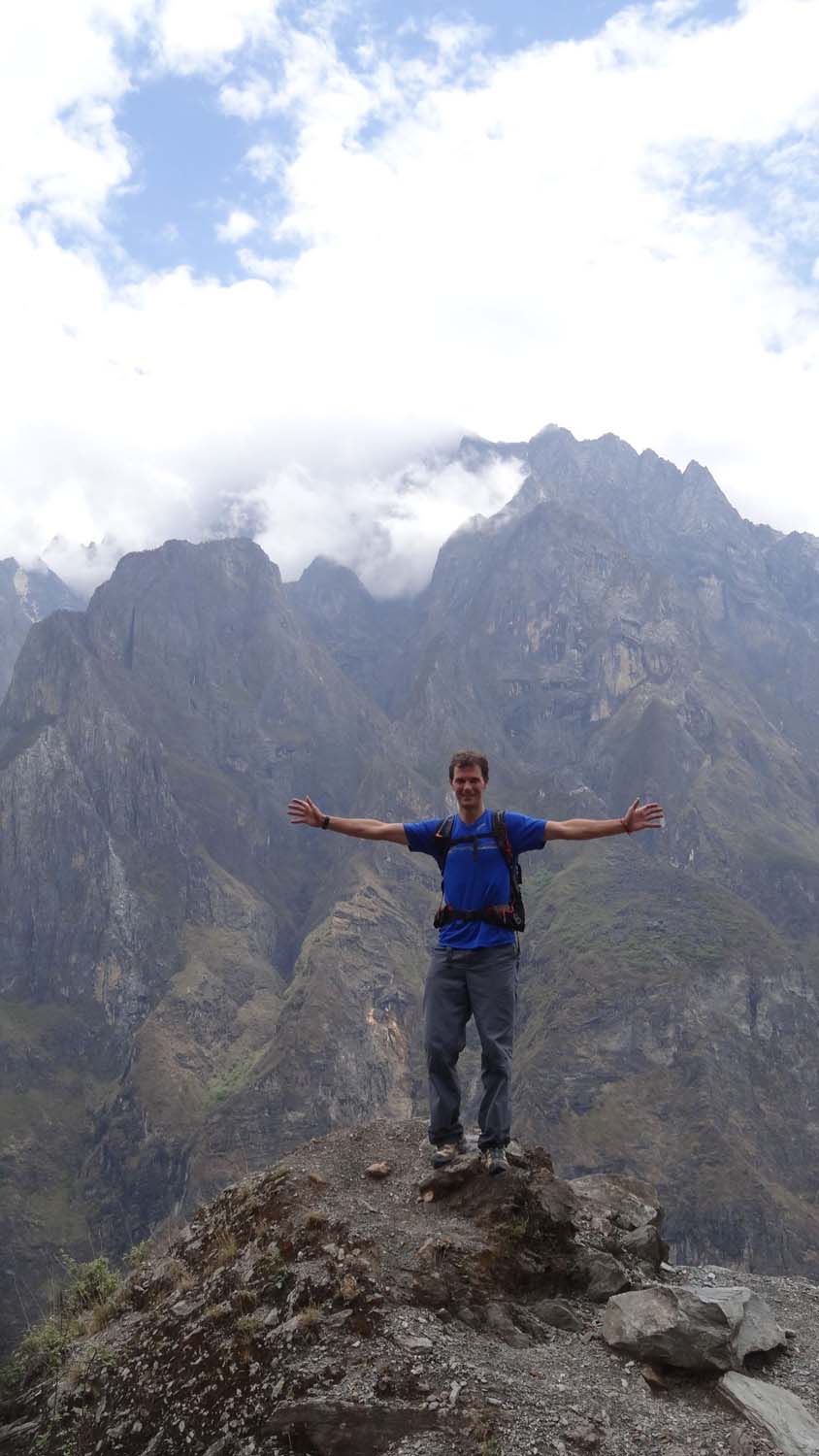 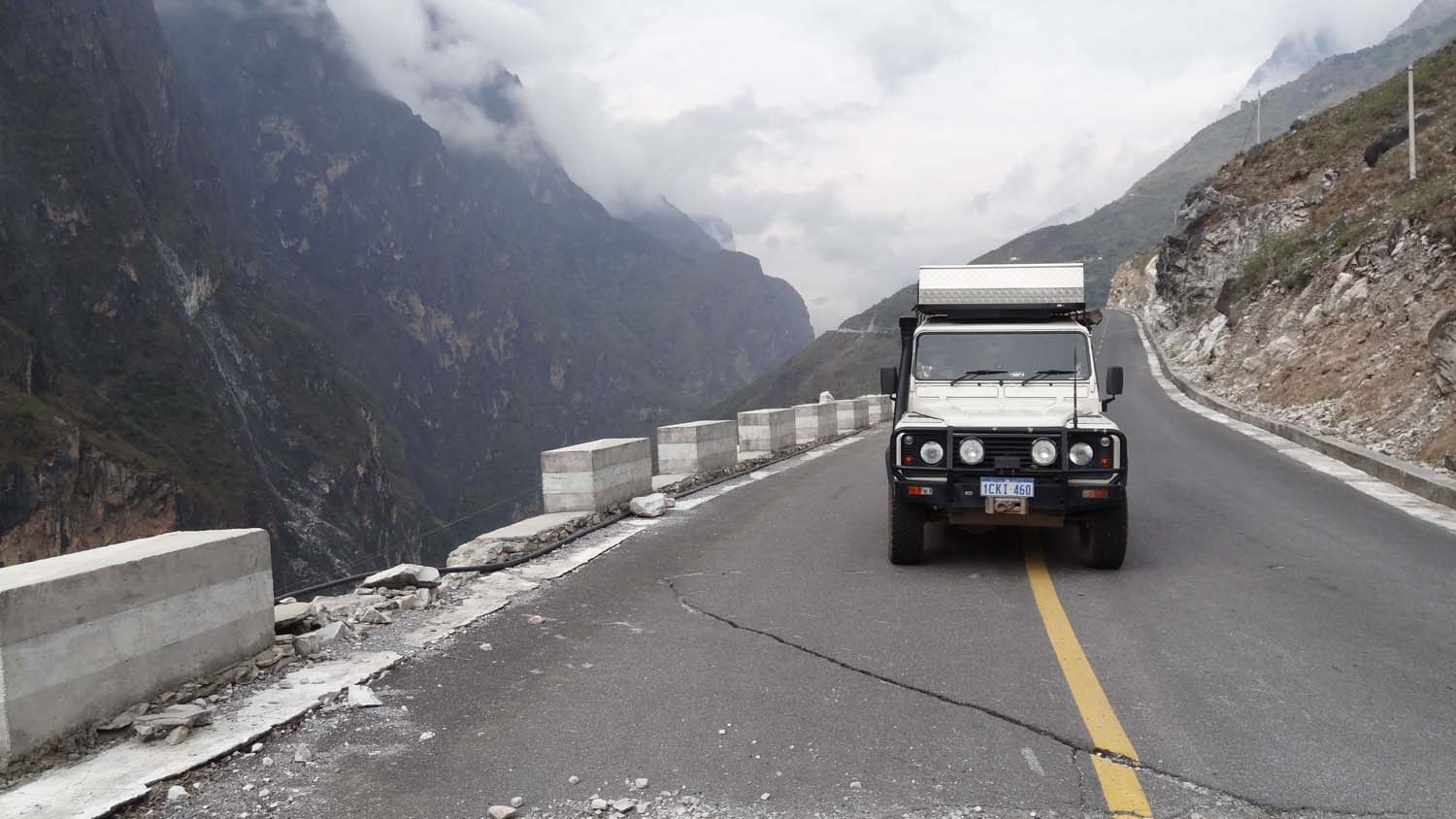 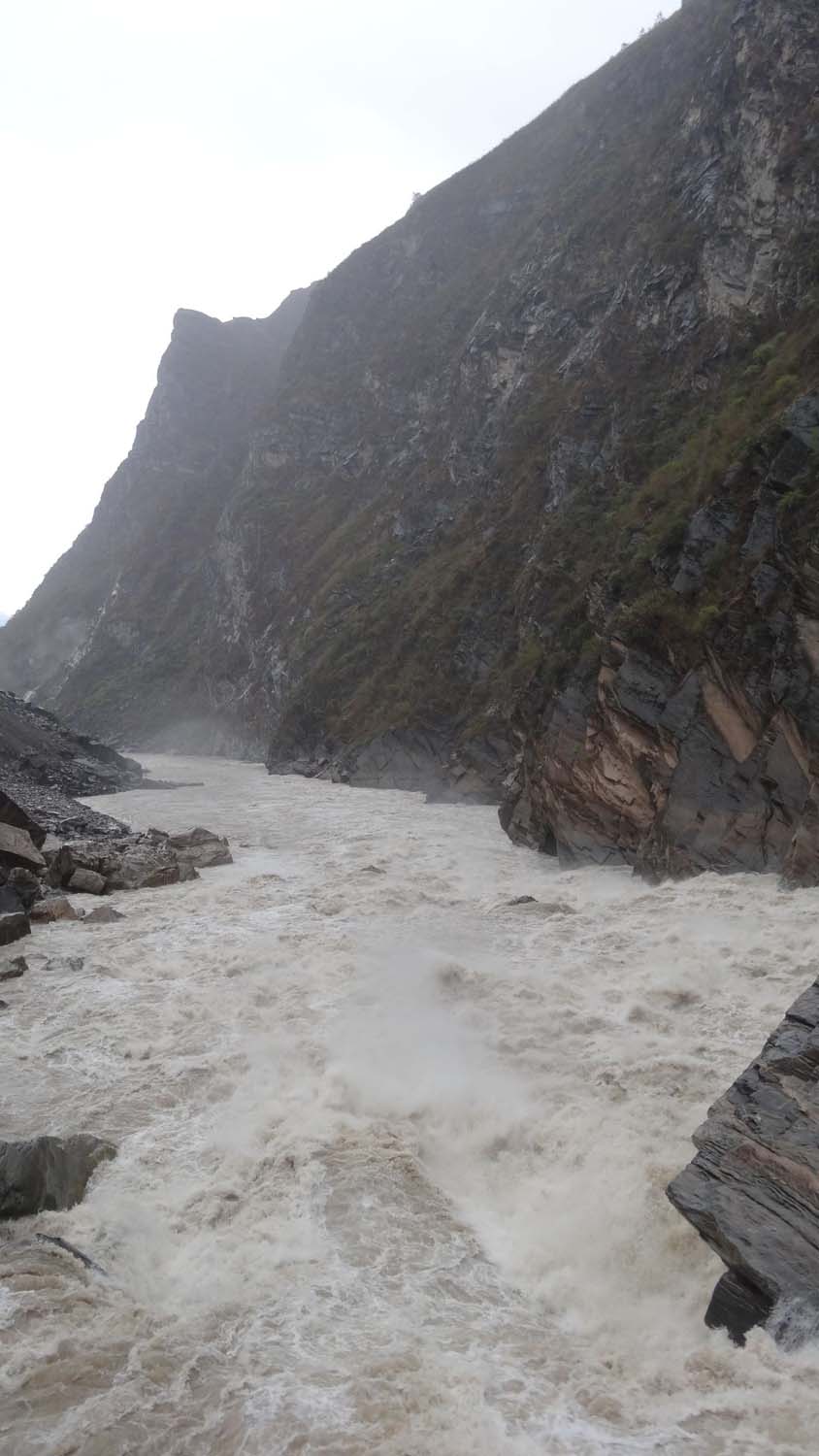 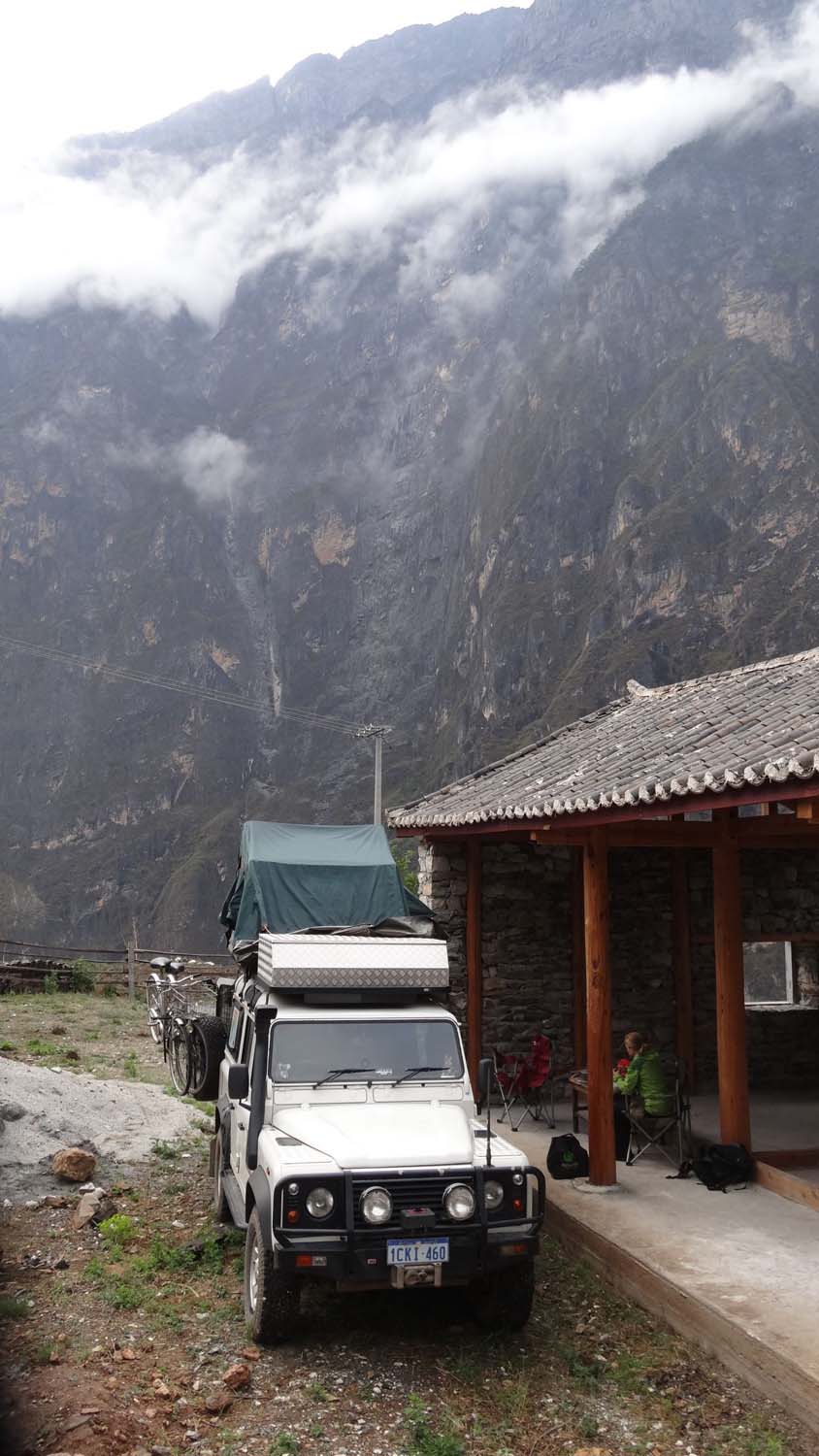 It can occasionally be quiet in China, you just need to find a spot inaccessible by tour buses, cable cars or golf buggies. We had this for a day at Tiger Leaping Gorge and it was bliss. 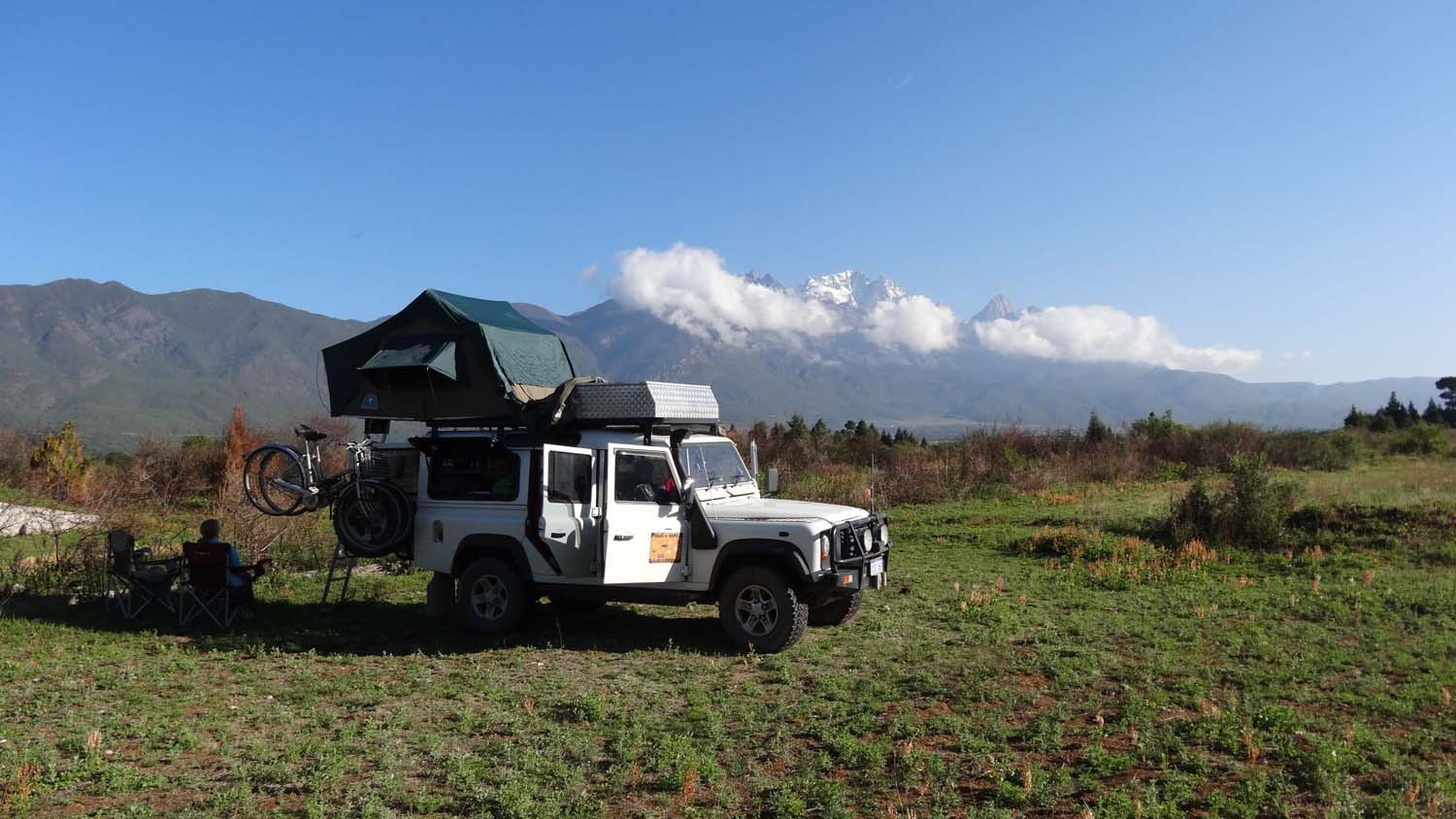 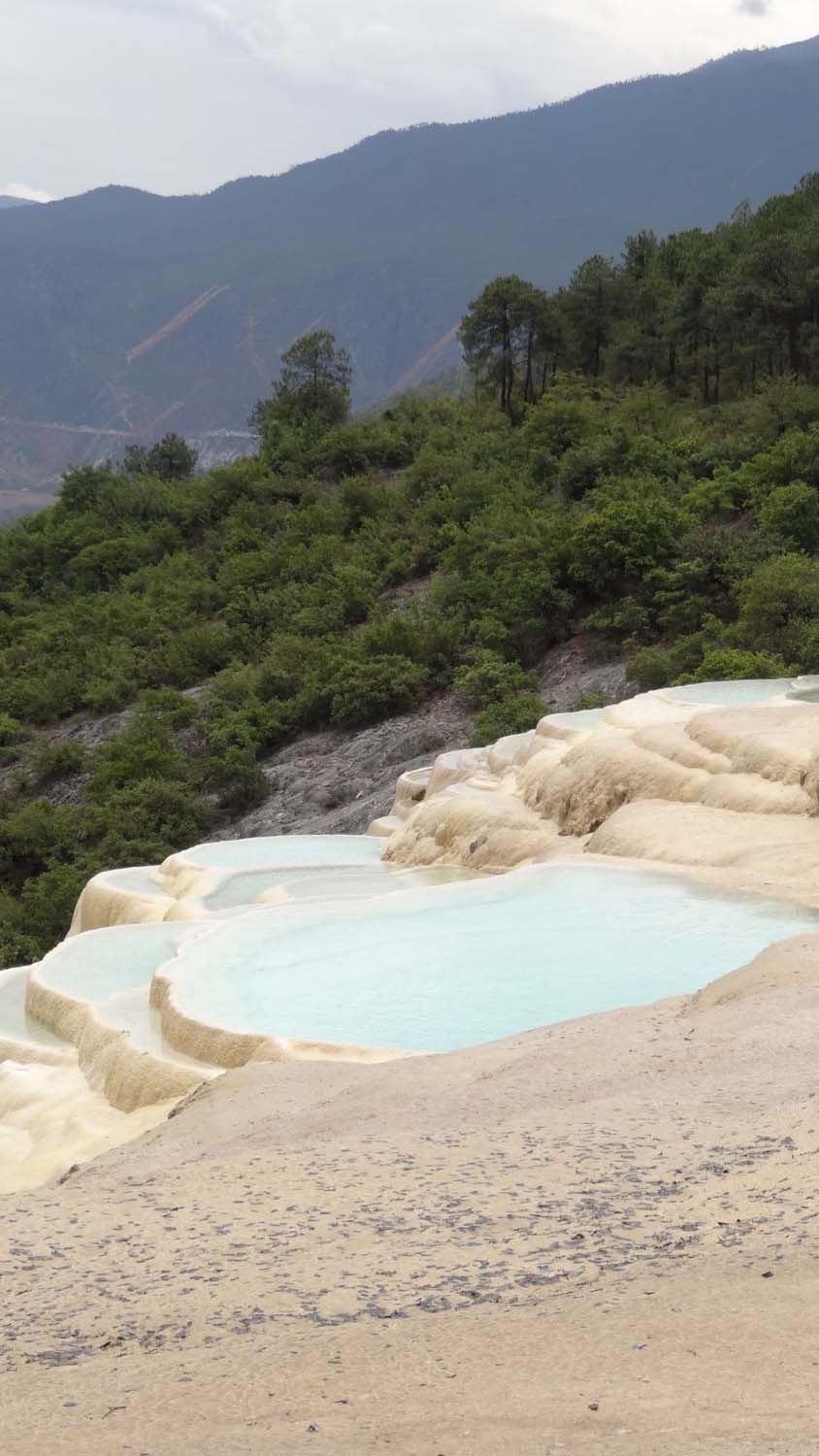 not in Turkey, but in China!

PS All photos in previous posts (and this one) should now work again. Thanks for letting us know they weren’t working / missing!!