Thousands of flamingos live in an area full of small and big lakes just to the southwest of Astana. We found the visitor center in Qorghaljin, a small town to the east of the lakes and were lucky to find it open. First there was no guide available – why hadn’t we booked was the question – but then Alexander appeared out of nowhere. We were about to head off with our Russian-only speaking guide when 5 Frenchies turned up. They also wanted to see flamingos and despite the fact one of them lives in Astana, they too didn’t know you were supposed to book it in advance.

We were happy to share our guide and followed the dust cloud of Alexander to the lakes. It was a bit of a disappointment as we only saw 3 flamingoes through the spynos (binoculars – verrekijker), far in the distance. We couldn’t go to the lake where 1000’s of them are hanging out as they had their young who couldn’t fly yet. We did see heaps of other birds, had a great time with the Frenchies and on the way back to town Alexander spotted a mole on the track which made my day. 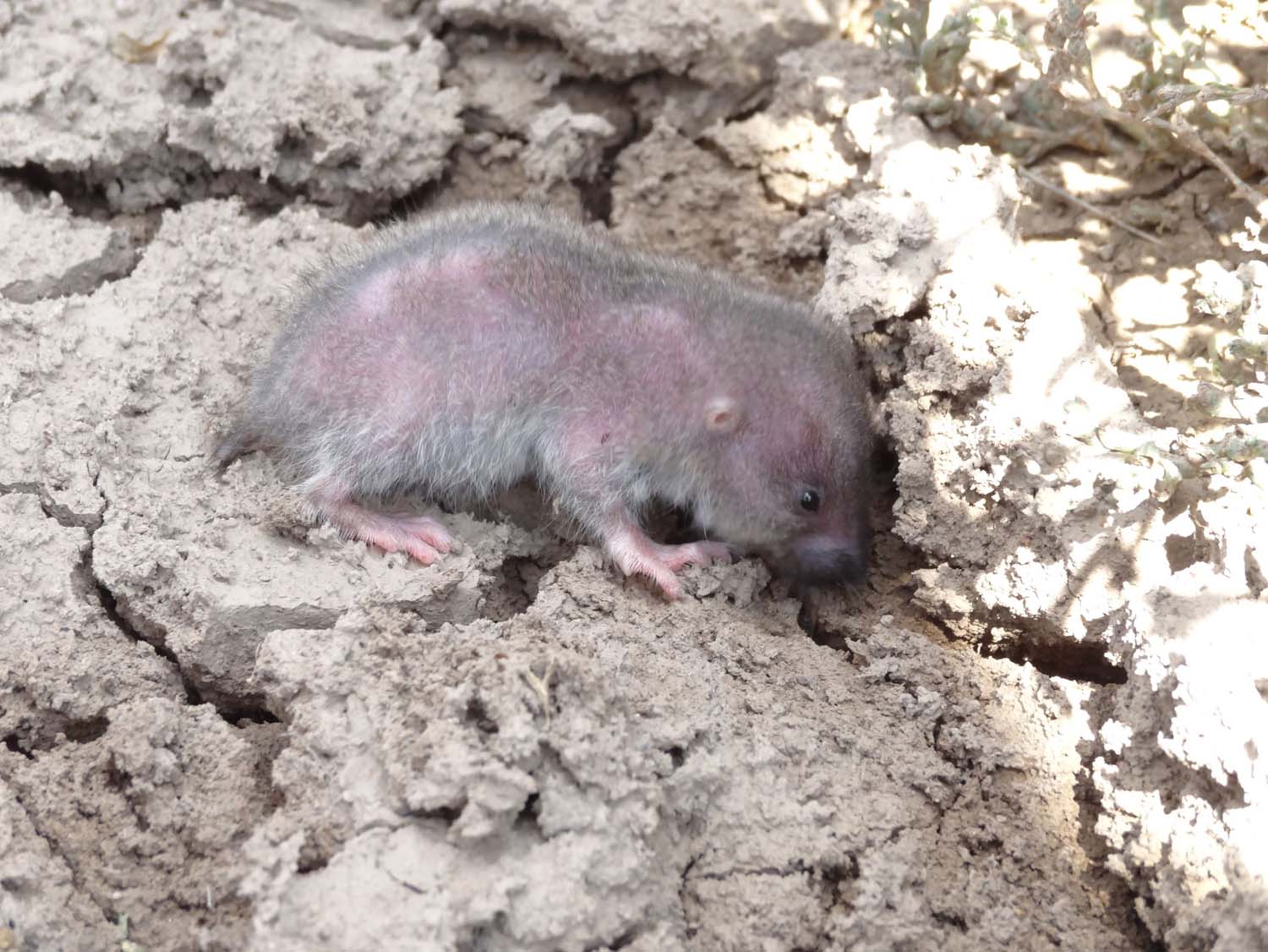 Instead of driving back north to the main road we decided it would be way more fun to drive further south on the dirt roads, picking up the main road near Jezqazghan to continue south to Sauran. The main road was not so main road after all, with huge sections barely more than a dirt track until we reached Kyzylorda. But all of these roads offer stops with shelters and vehicle inspection ramps for the modern traveler, the inspection ramps are even big enough to put whole trucks on them and they are used a lot. Maybe an idea for our Ozzie or European roads? 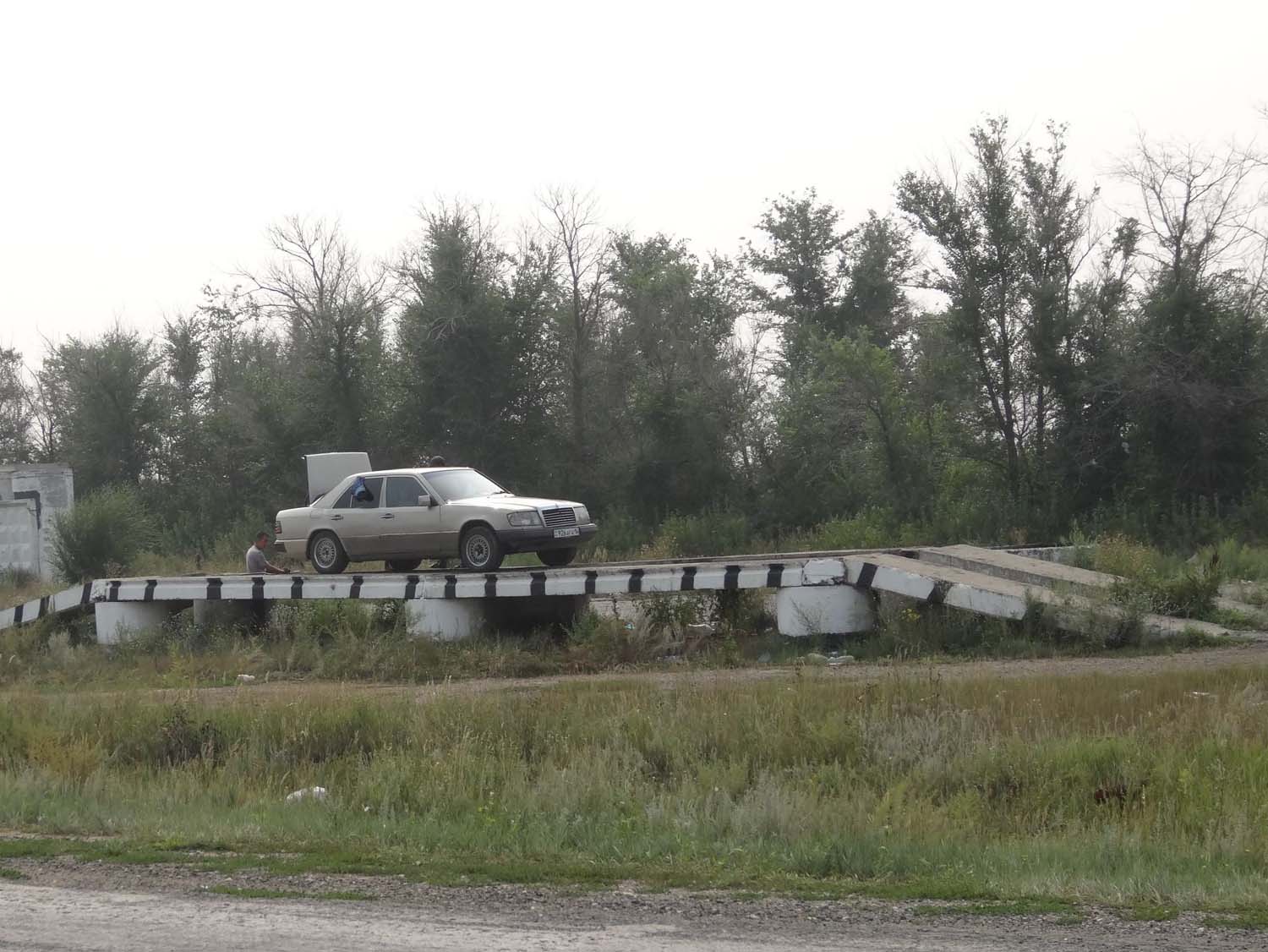 road side vehicle inspection ramps at every rest area 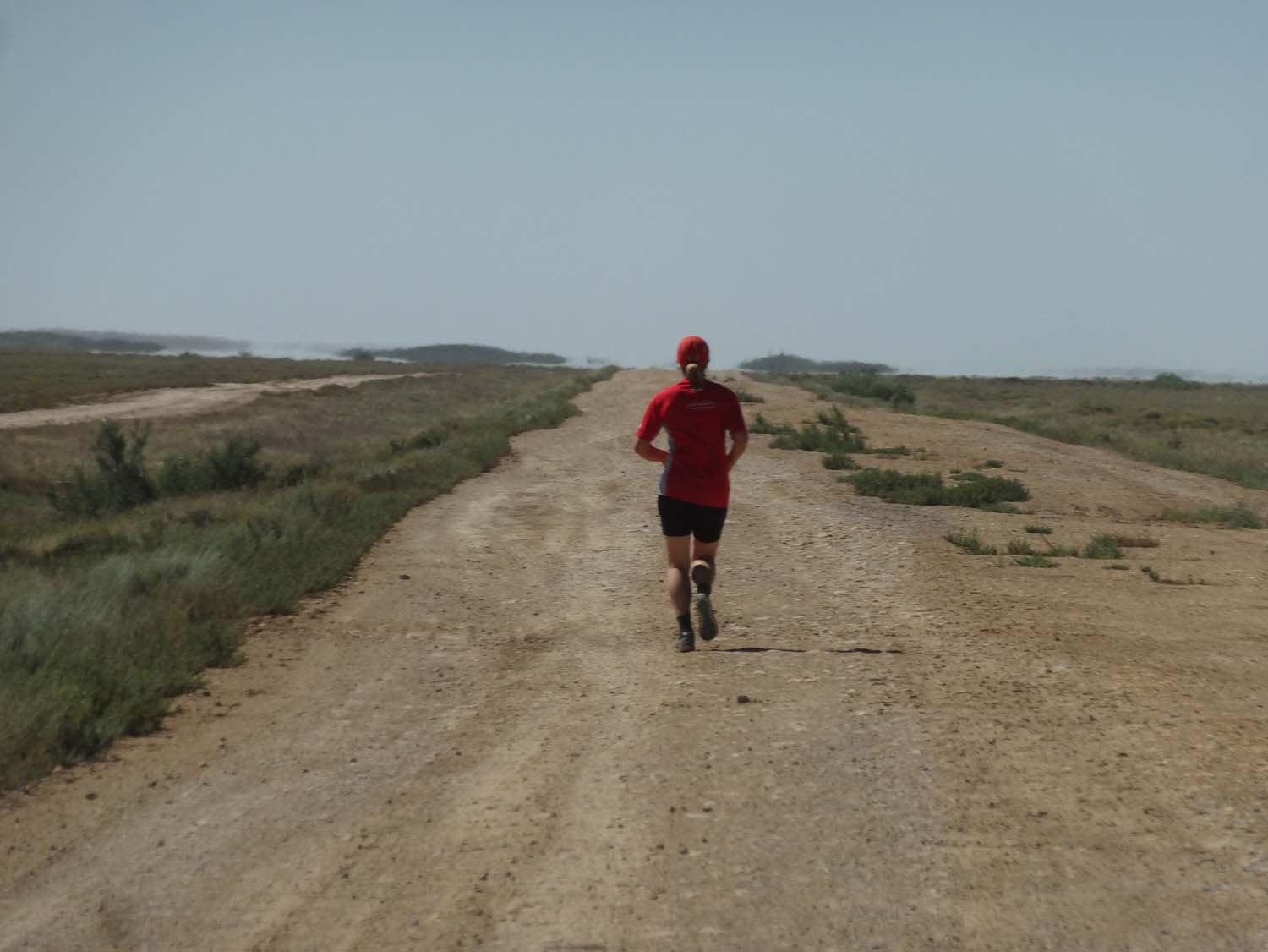 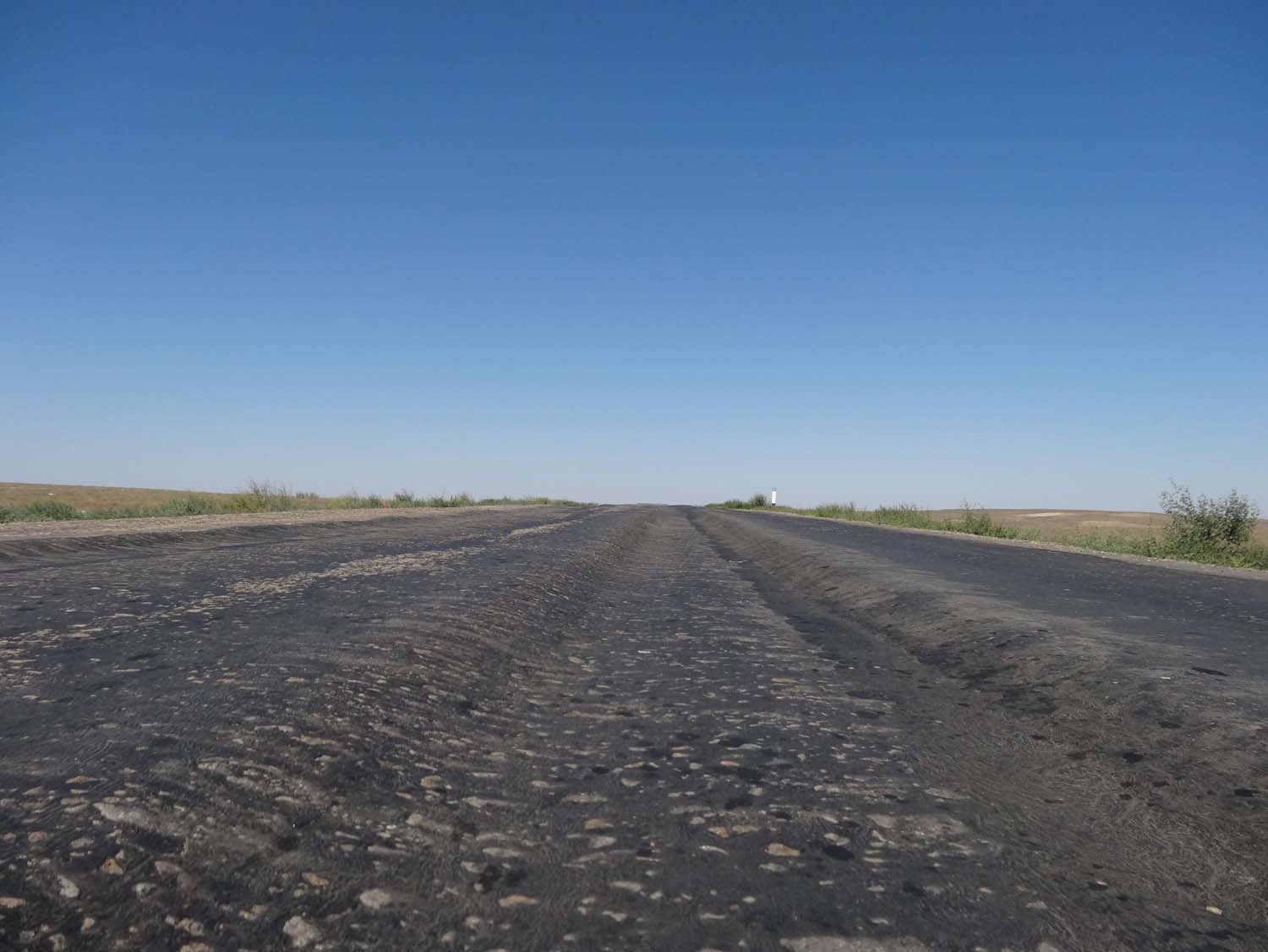 ruts in the tarmac from the trucks, but it gets so hot even my thongs left an imprint in the hot tar 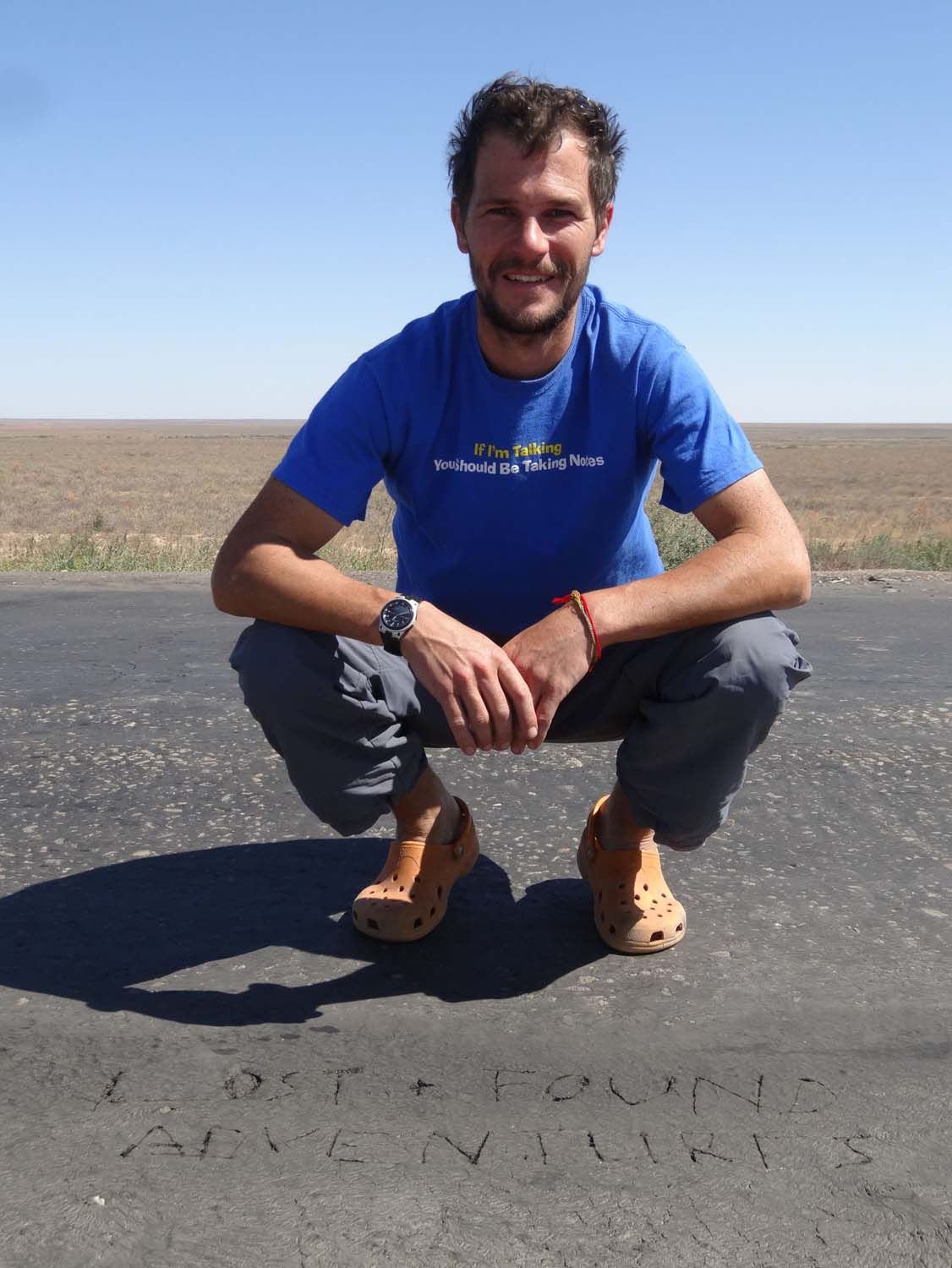 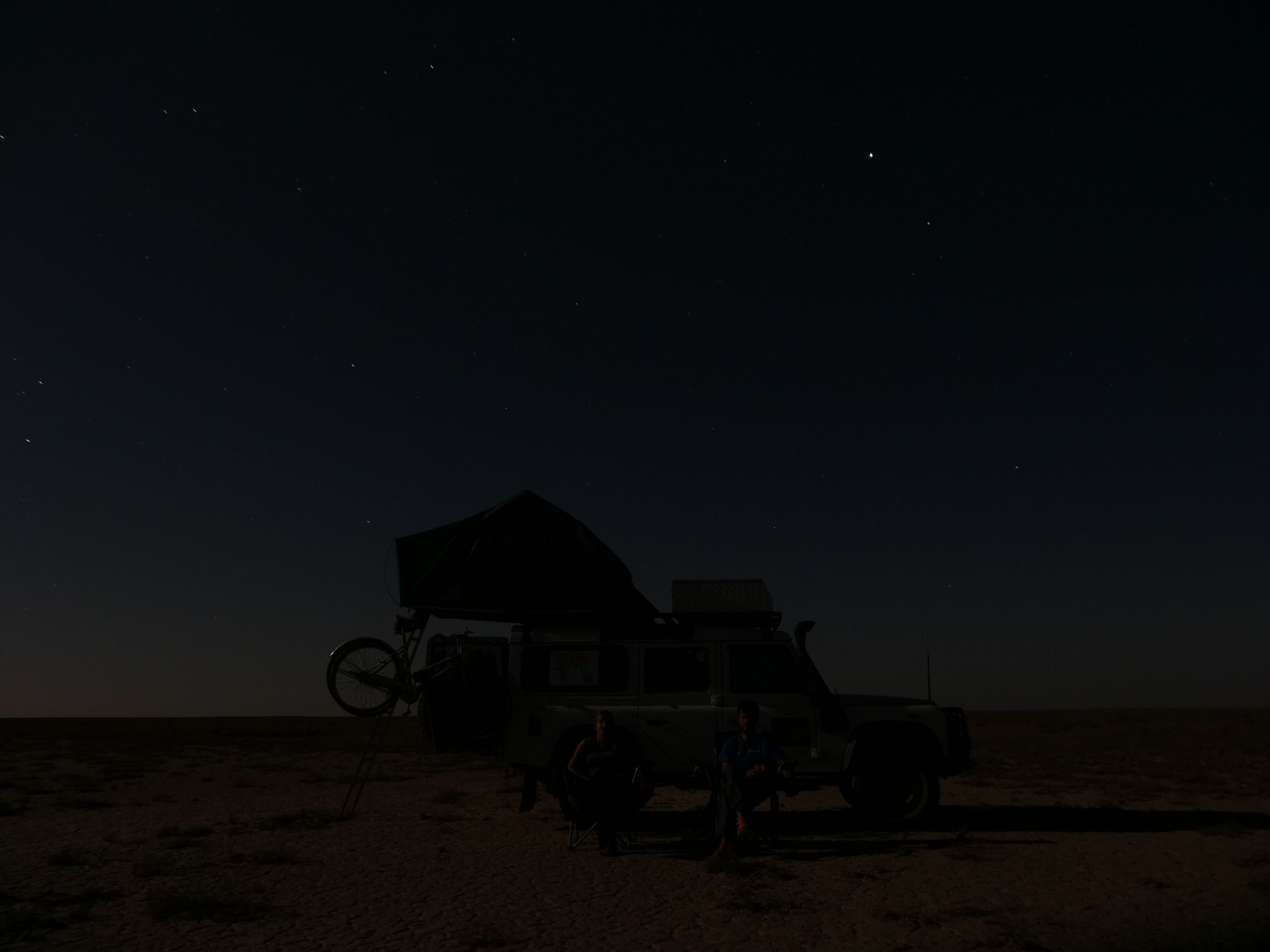 Jude’s favourite campsite of the trip 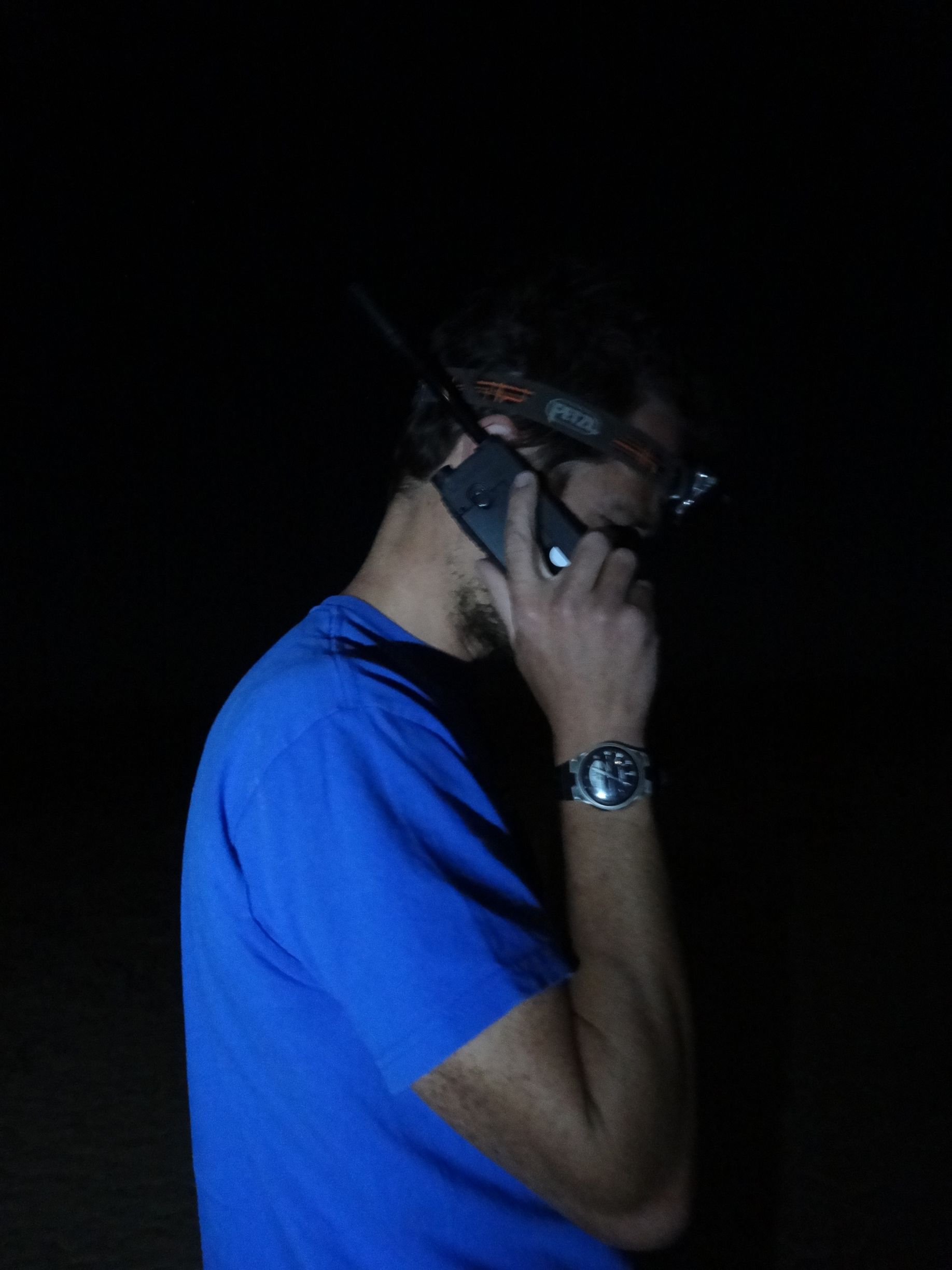 Jon calling his mum and dad on the satellite phone

It took us 3 days to drive from the lakes to Sauran, an ancient adobe caravan-serai in the desert, once giving shelter to the caravans traveling along the famous Silk Road. 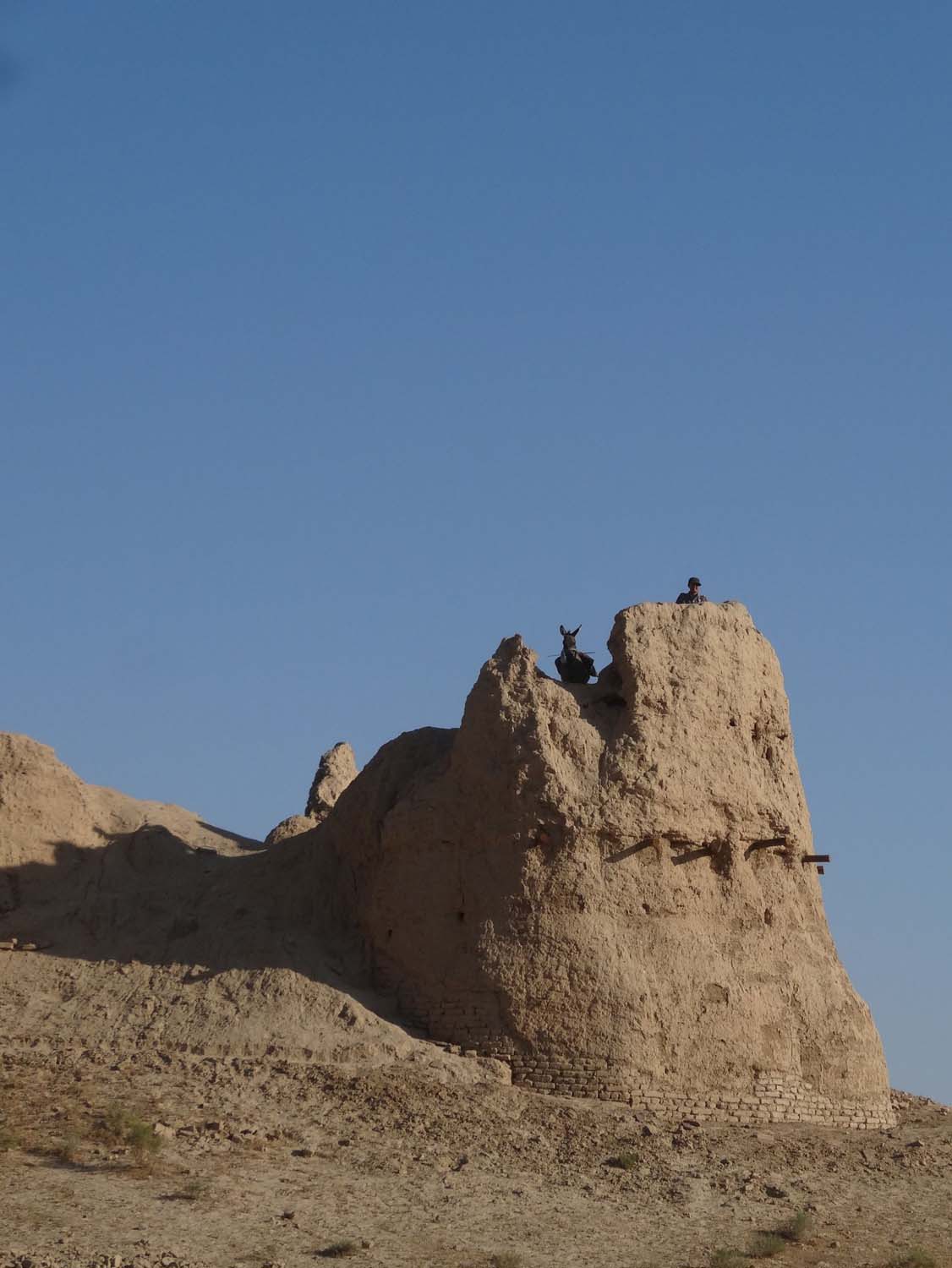 We loved Sauran with its crumbling mud walls, the mysterious dug up foundations and paths and a lone young herder on a donkey who came to visit us for a few hours. We spent hours walking in and around the historical caravan-serai, trying to imagine what it would have looked like in its heydays. As darkness fell we made use of the protection of the magnificent walls of the caravan-serai, just like the old caravans once would have done. We were rewarded with a stunning sunset and a clear starry night without any mozzies – yes, I was in heaven. 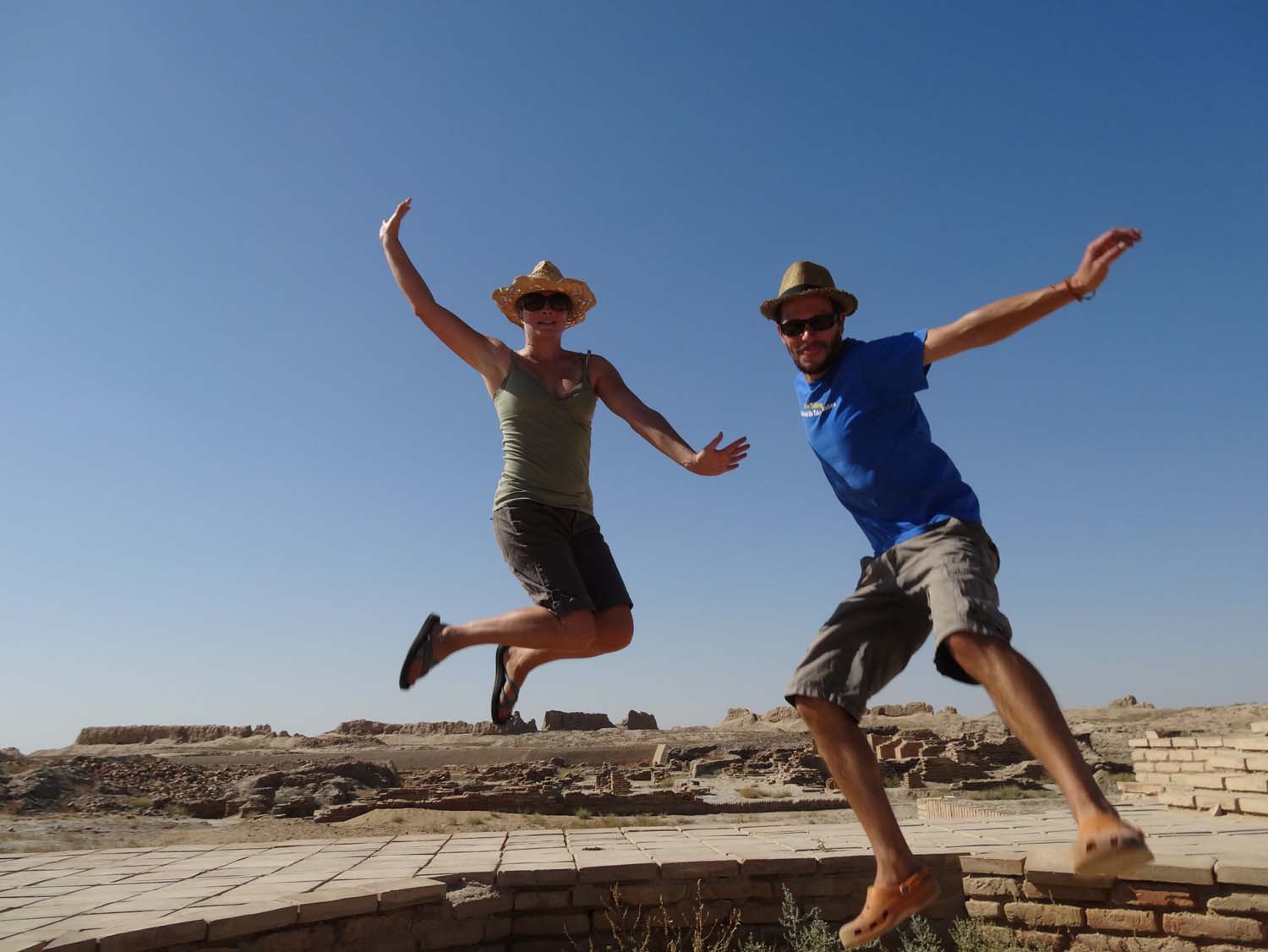 ancient caravan-serai Sauran (if you look closely in the background – pretty awesome!)

The next morning we drove to Turkistan. A small town with a stunning mausoleum for Yasui, the founder of the Yasauia Sufi order who wrote a lot of poems and sermons that were easily understood by ordinary people and therefor remains very popular. For the first time on our trip Jude had to cover up as this is a pilgrimage site and active place of worship for many muslims. Outside the mausoleum there are many women who are not covered up, even wearing hot pants, as Kazakhstan has a very moderate islamic population (about 30% of Kazakhs are muslim). 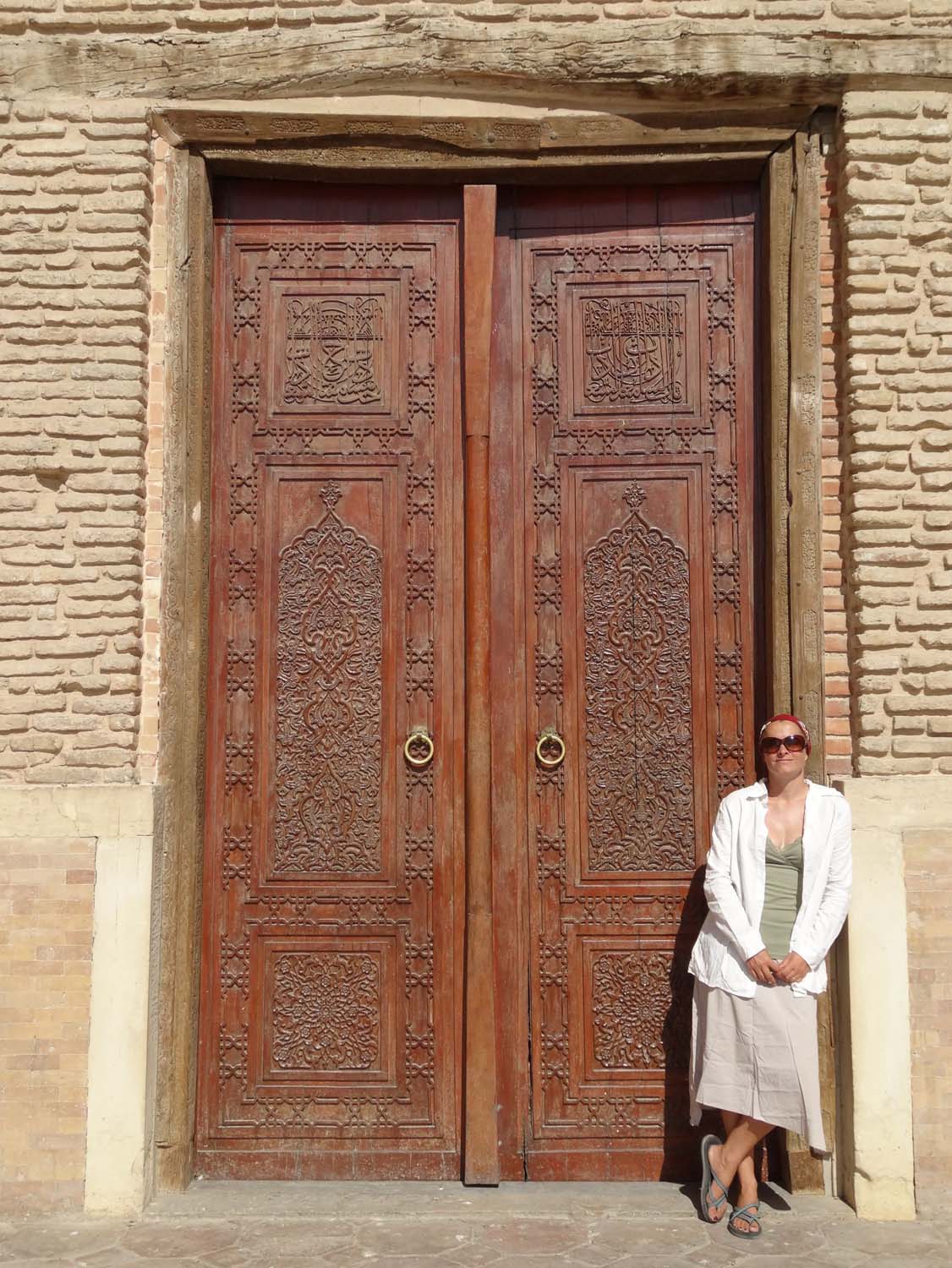 The mausoleum is stunning, almost entirely covered in blue and white glazed tiles with intricate patterns and designs. The front façade was never finished and is still showing the wood and mud of the structure, but the wooden doors were finished and also show a craftsmanship which is hard to find nowadays. 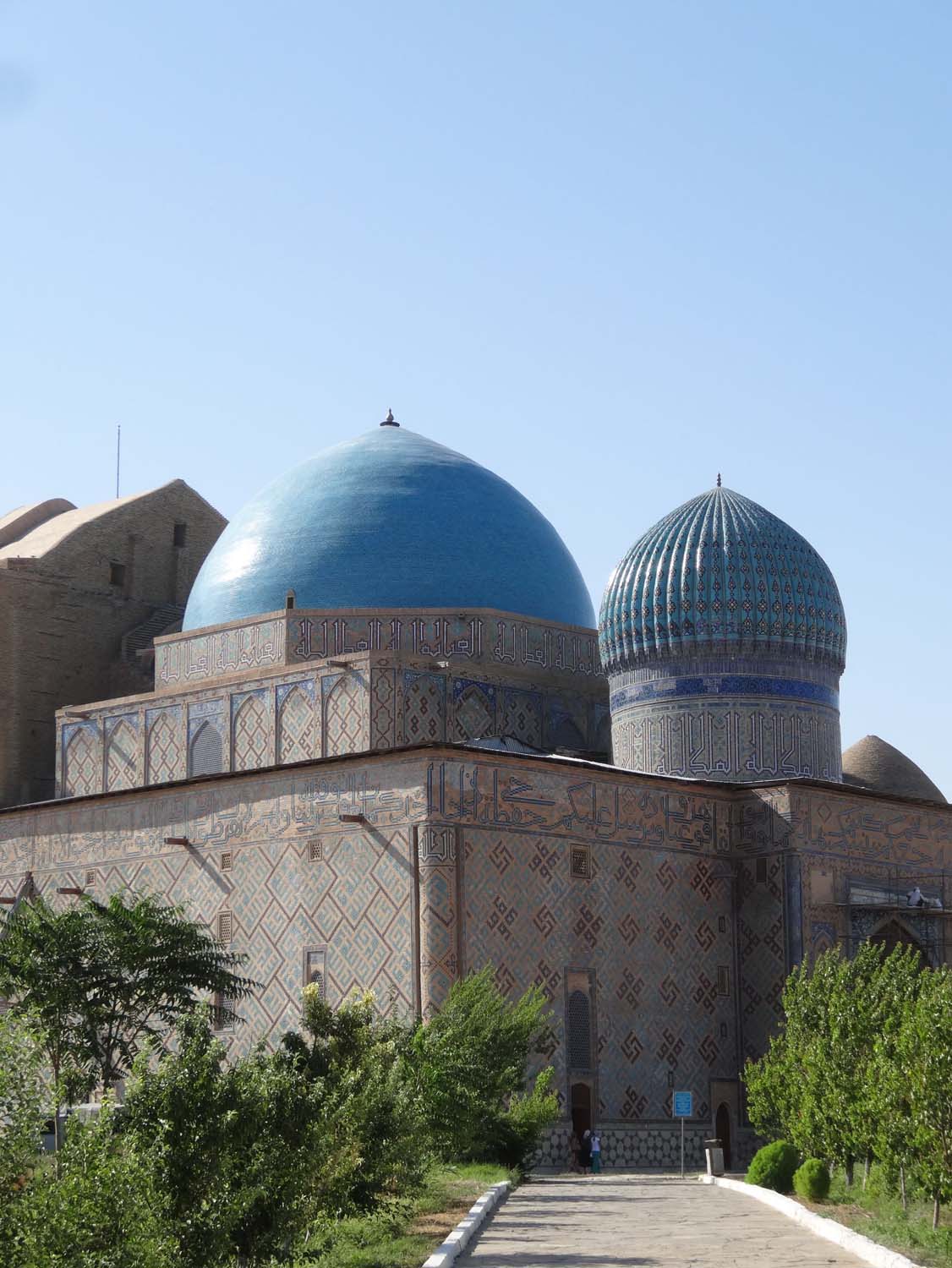 mausoleum of Yasui – check out the intricate tiling 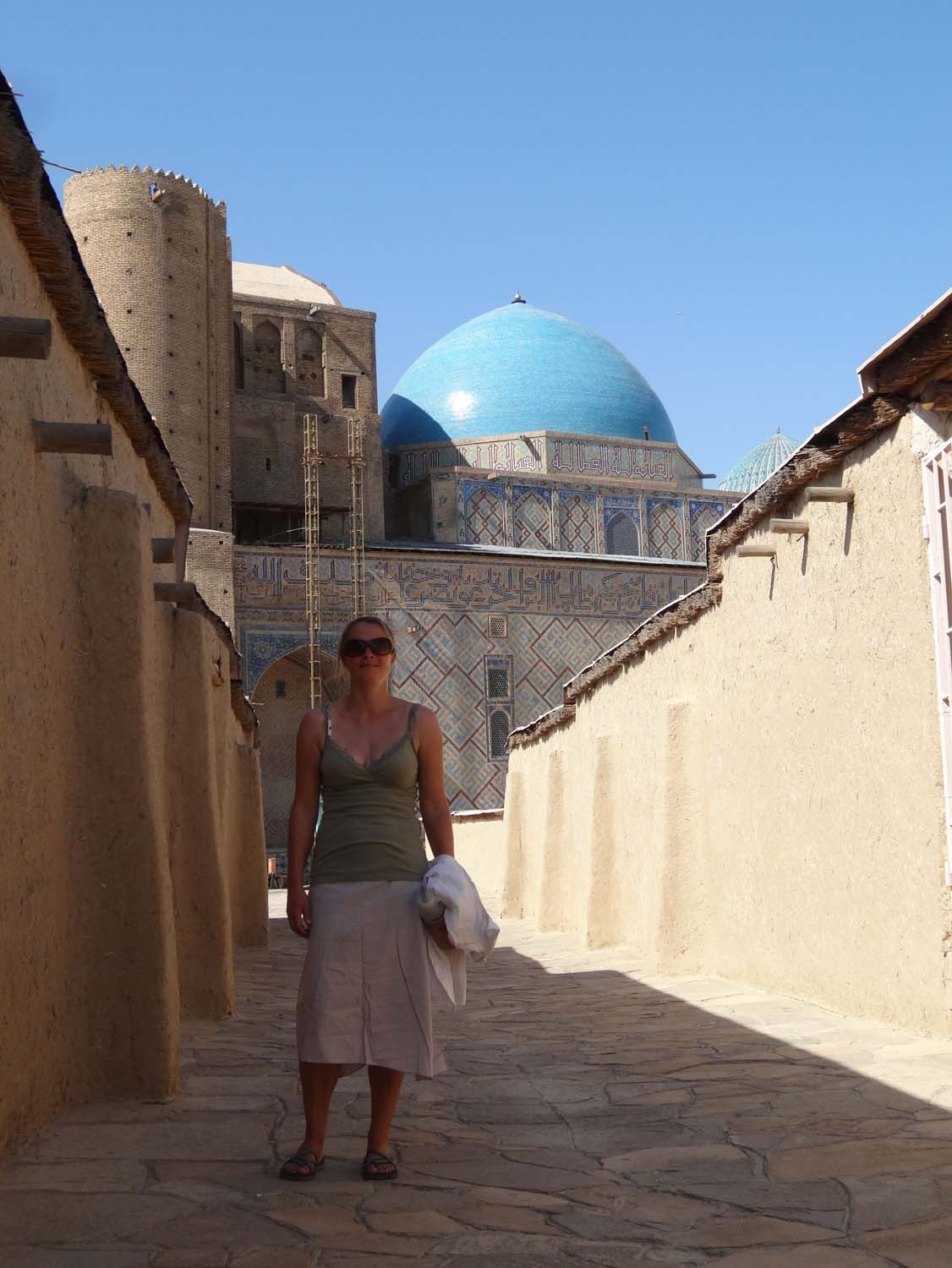 the ancient streets around the mausoleum transfer you back in time

It is very different to the mausoleum for Aisha Bibi which we visited a few days later. The latter doesn’t have any glazed tiles, but has carved terracotta tiles placed in symmetrical patterns on all sides. 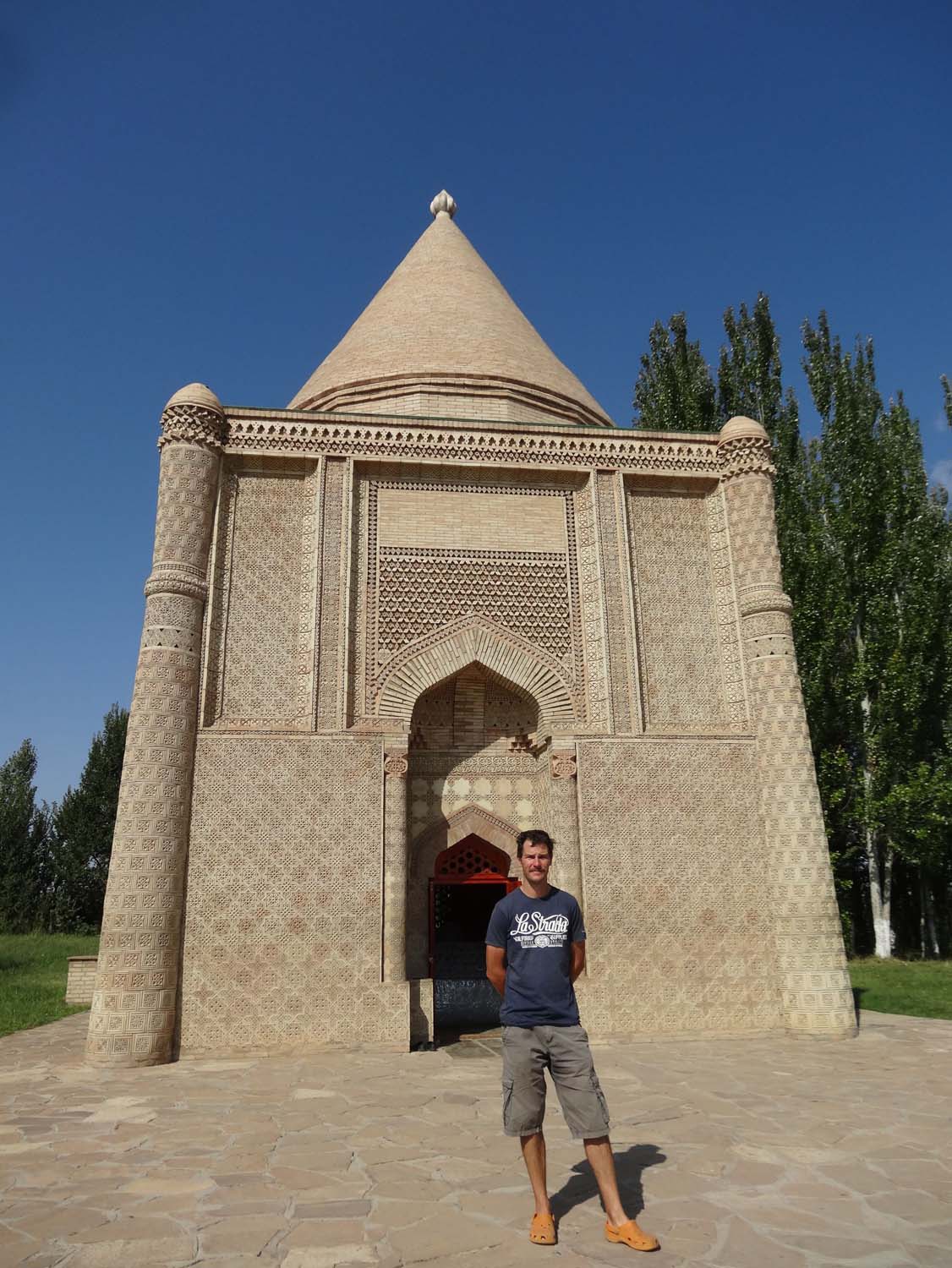 mausoleum of Aisha Bibi – check out the mo (snor)

Right next to the mausoleum for Yasui is an underground mosque and bathhouse where pilgrims could have a bath and a massage before worshiping, very civilized. We wished the bathhouse was still operating, but unfortunately it had been turned into a museum some years ago.

In Shymkent we explored the colourful bazaar. They sell everything, but we were mainly interested in the food sections. Every food type has its own area and we strolled from the dairy section, to the dried and fresh fruit stalls, through the meat area where they were making sausages still stuffed into the animal’s intestines and past the delicious smelling bread and deep-fried goodies. We saw dried fish and every juice you could possibly think of, including all combinations, and bought some fresh salads for lunch as well. 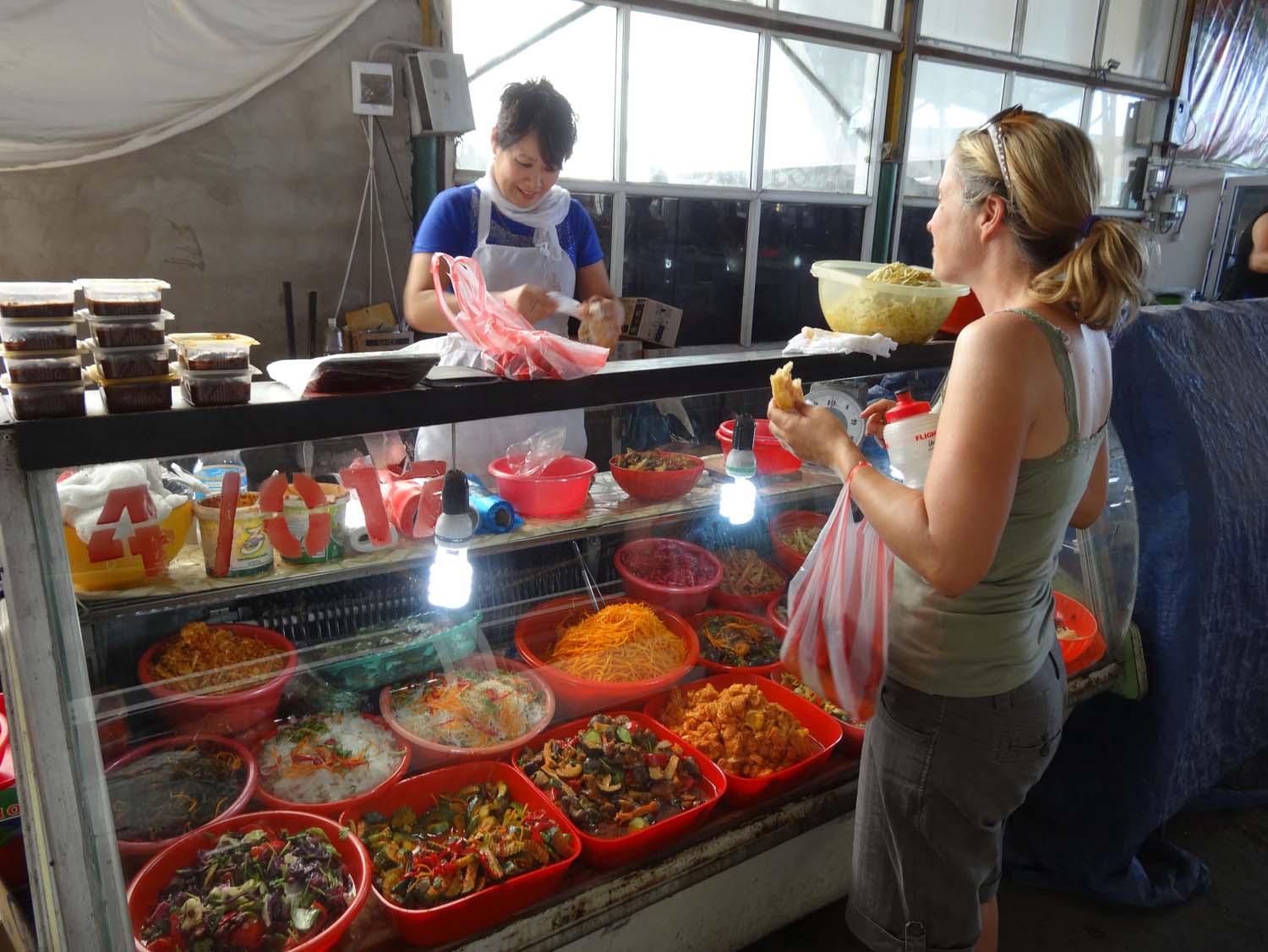 yummy salads in the Shymkent bazaar 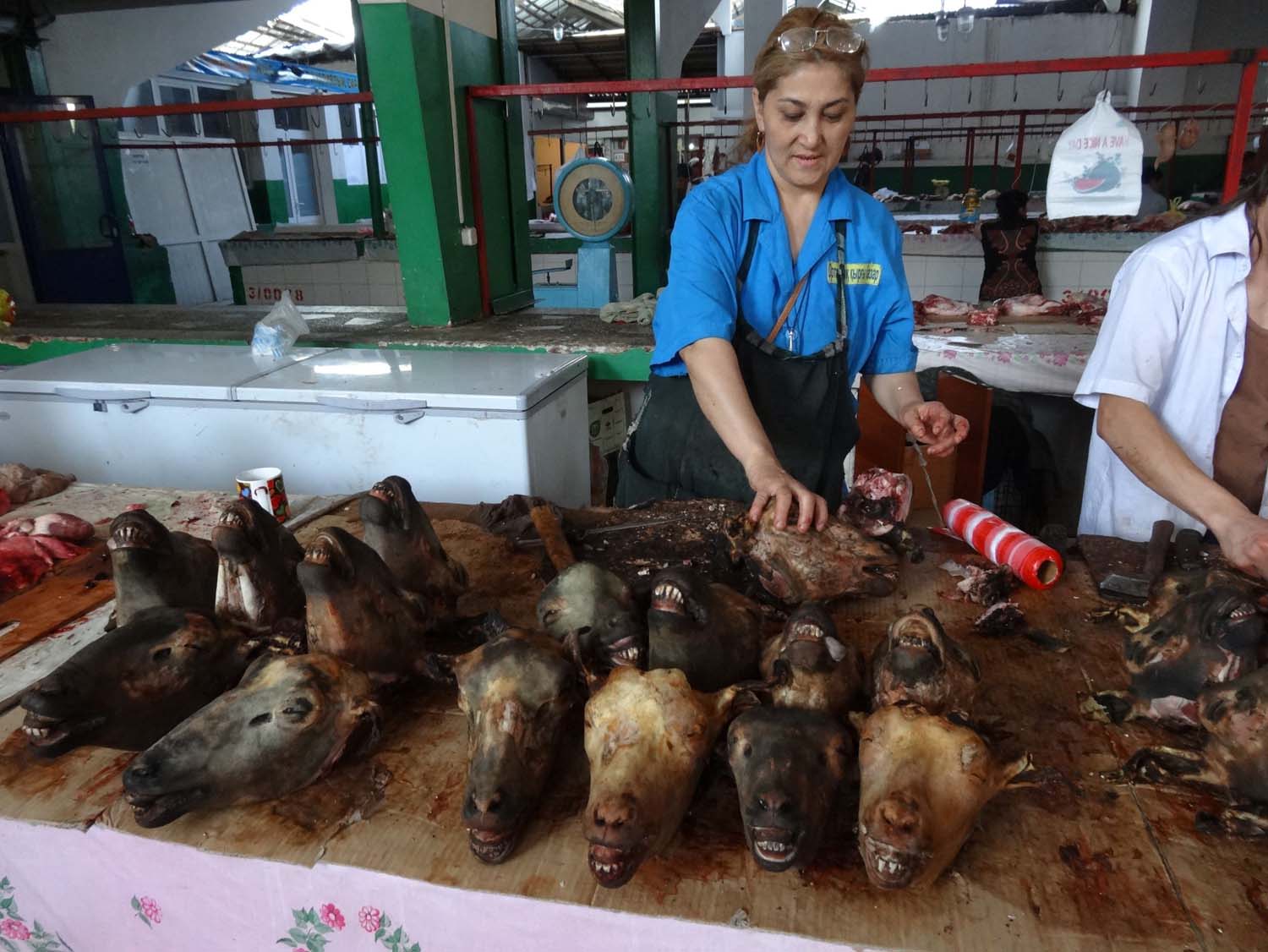 some choice cuts of meat… 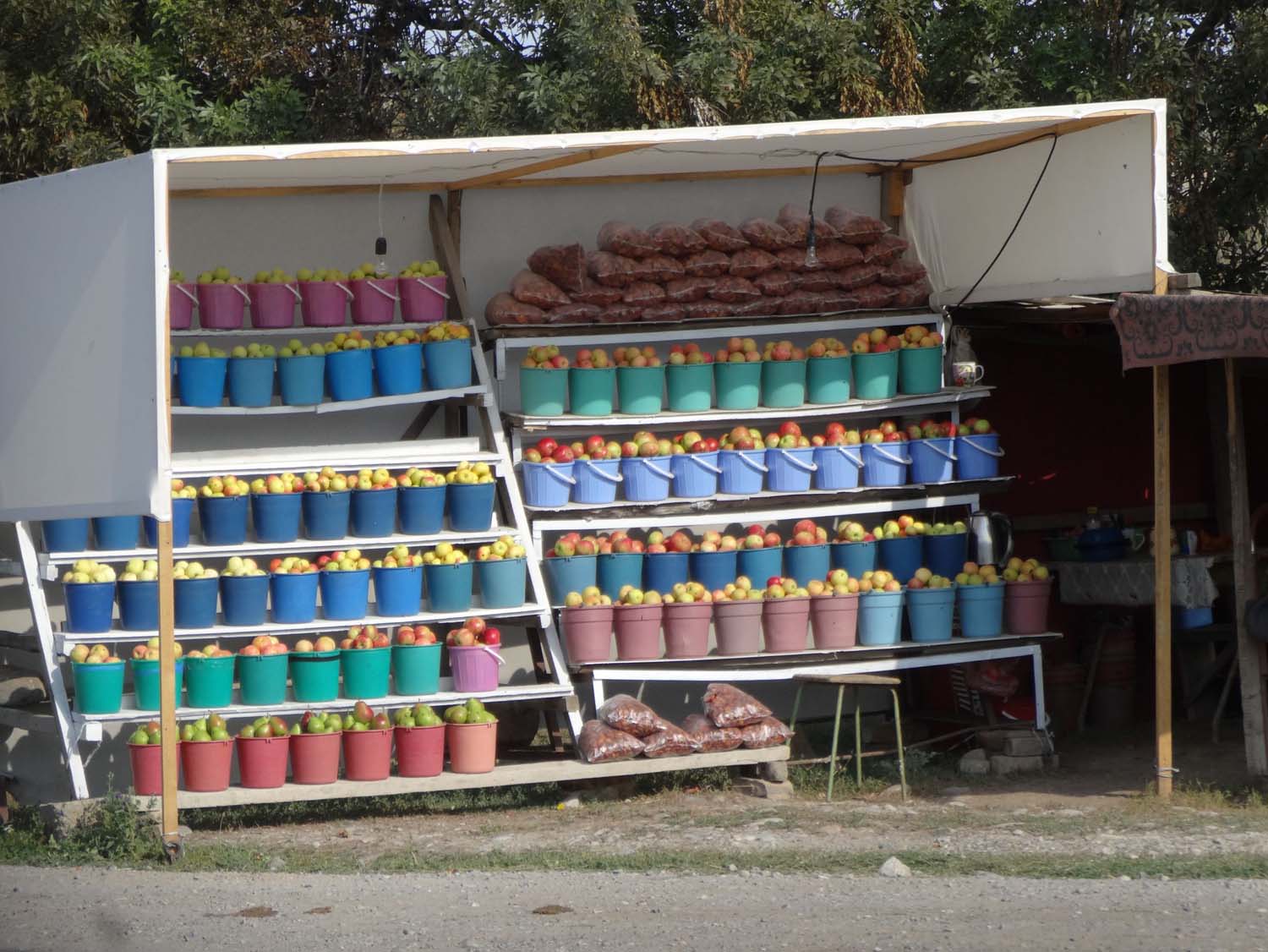 a few apples – they sell everything alongside the road 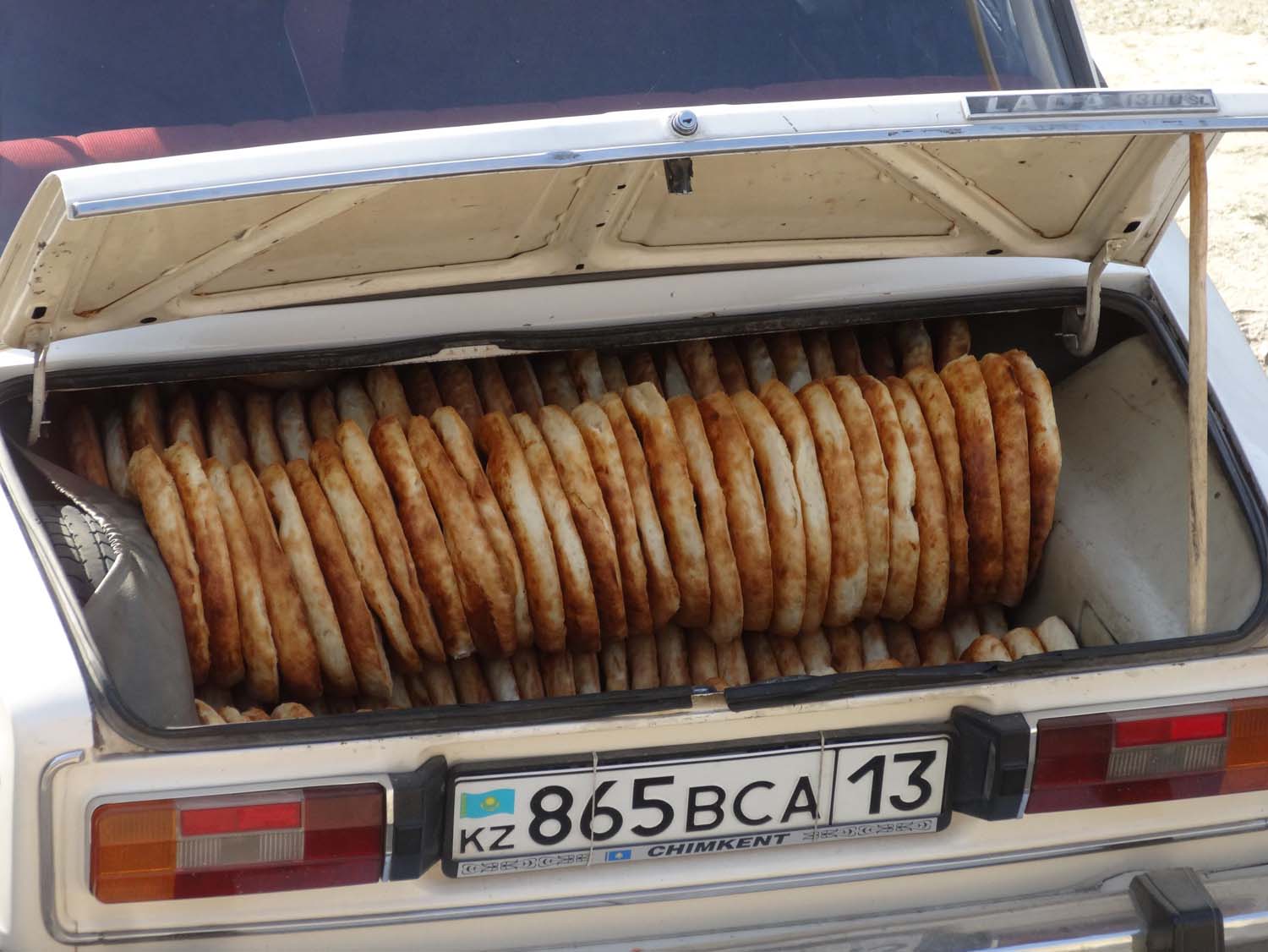 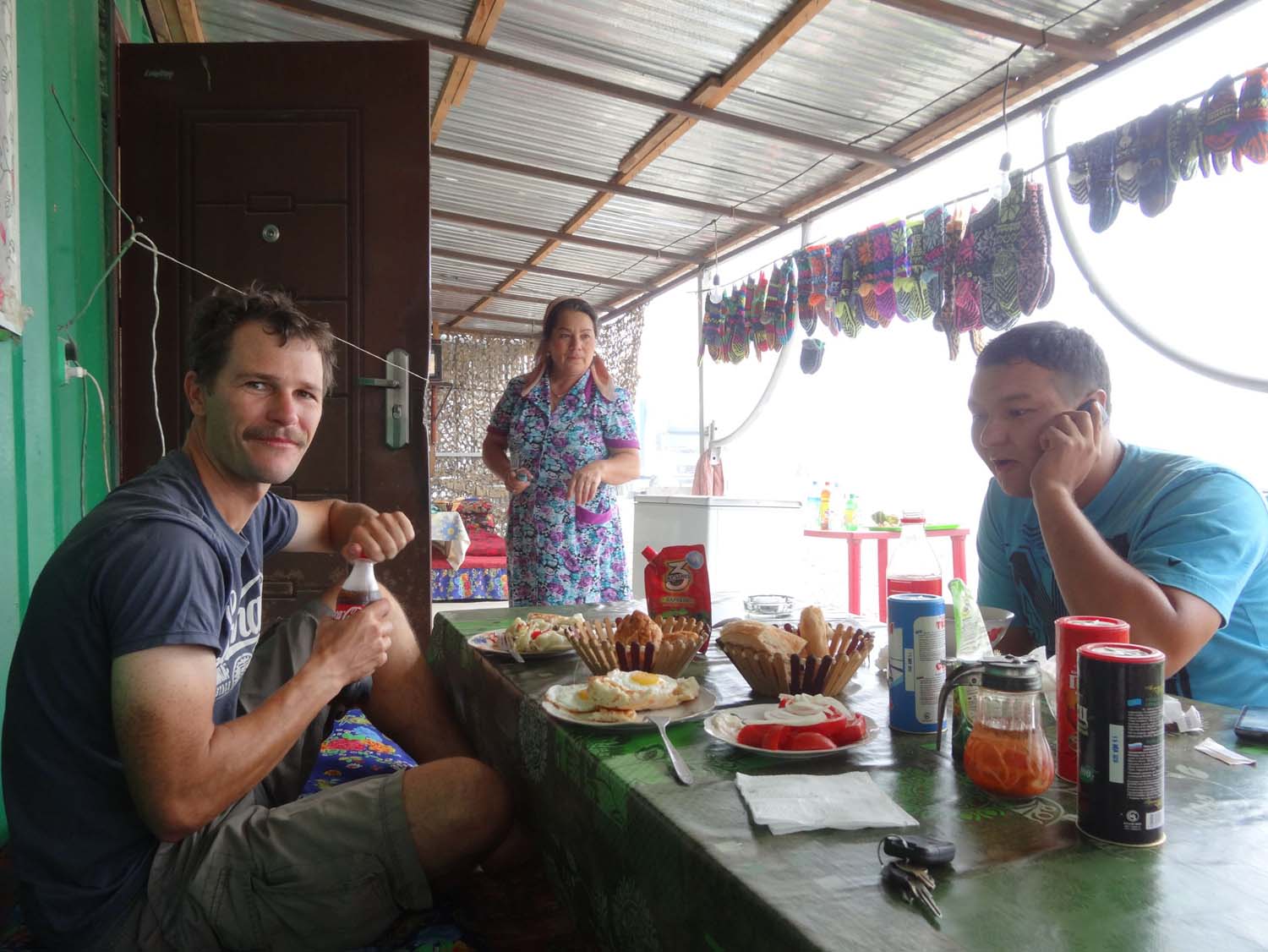 dinner at the road stalls, great food for Jon, not so great for vegetarians

We tried on some fur hats, but couldn’t imagine wearing them with this heat (I am sure we’ll think of this day in a few months wishing we had bought the biggest of all as the heating in Defenders might not be up to the task of keeping us warm in a Turkish and European winter…). After all the walking on the bazaar we had gotten hungry and found a restaurant in a little park that sold shashliks and beer for Jon. A great way to end our visit to Shymkent even though we now had to drive through the dark on the potholed road out of town to find a camp site. 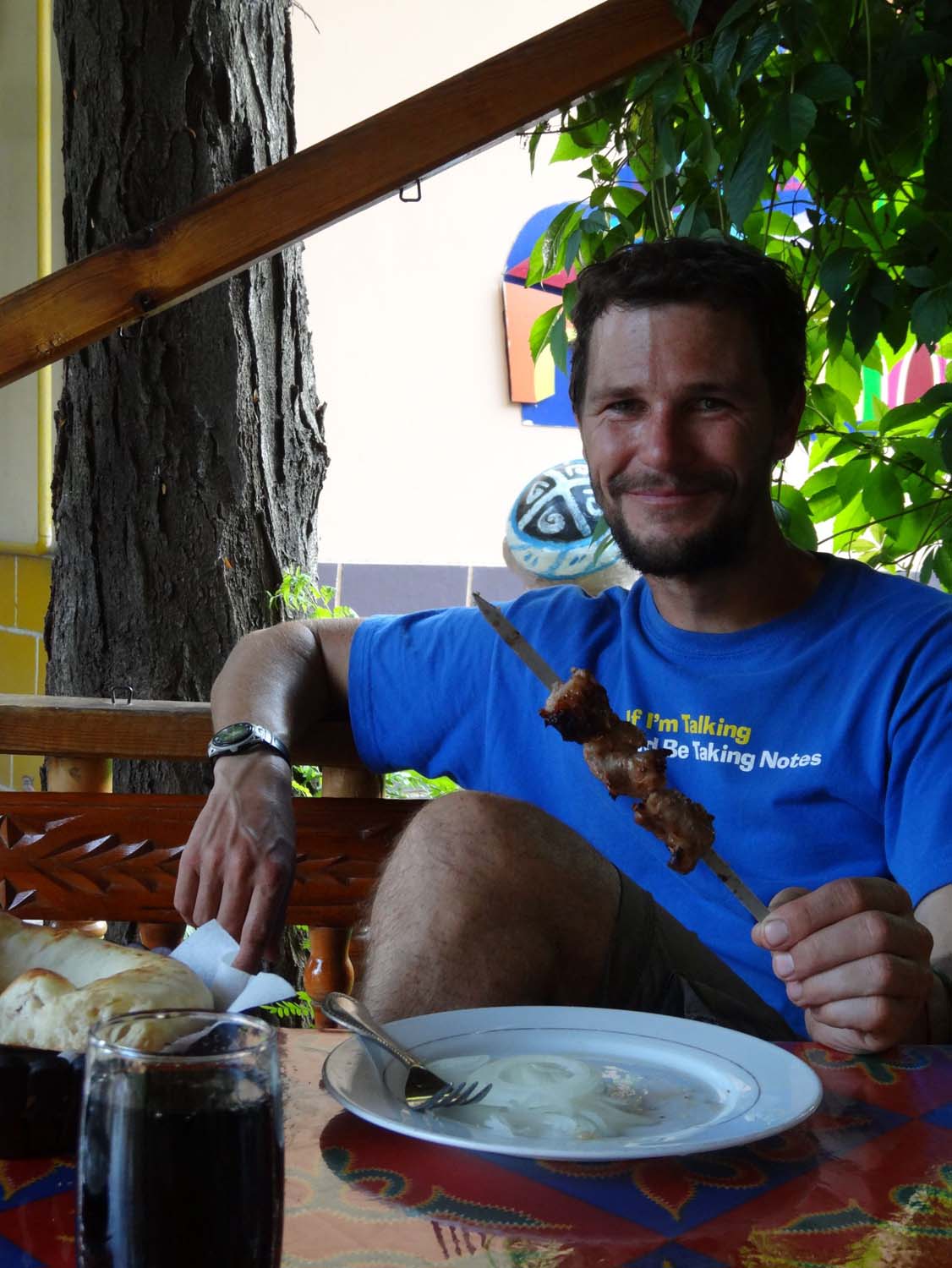 Jon is happy with his shashlik

PS I know this is a flash from the past, but if you enjoyed the little videos, we have finally been able to upload the little video Jon made from Laos – Jon and Jude go farming. If you go to that blog and scroll down you’ll find the link towards the end of the post (above the recipes). Enjoy!