We had a look at the Fairy penguin rookery near Port Macdonnel and visited the most southern point of South Australia at the same time. We were only just beginning to warm up a bit after the 2 swims this morning and decided to have lunch in the car so we could warm up a bit (it wasn’t warm outside). 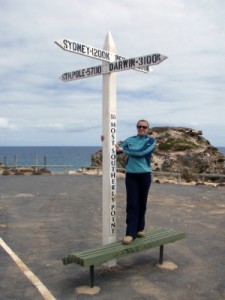 the most Southern point of South Australia 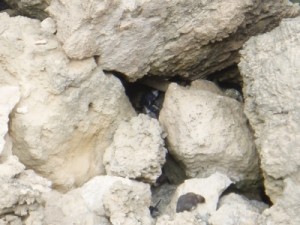 can you spot the little penguins? 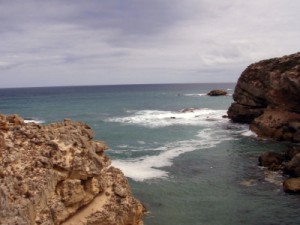 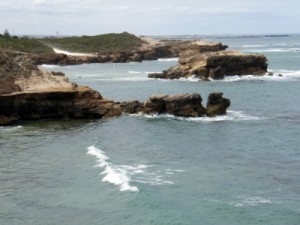 a bit nippy for a swim

Our lunch spot was Shelley beach and after eating there we decided we would spend some time on cleaning up the parking lot and the surrounding bush land. Tomorrow is ‘Clean up Australia Day’ and we knew we weren’t going to have time to do anything substantial then, so we decided to do it a day early.

the parking lot area we cleaned up

Amazing the amount of rubbish collected from such a small site! We had 2 bags full and some lose stuff which filled up a small wheely bin when we dumped it a bit later in town! Disgusting! We felt better for leaving a tiny spot of Australia a bit cleaner, but it makes you realise how much more there is to do!! (If only people would stop throwing their butts and bottles out of the window that would help a lot!!)

Wineries were next on our list… We were in the Coonawarra region which is quite well known for its shiraz and cab sav, so we had to try some of the local stuff. Hollicks was great and we discovered they were also open for dinner so booked a table for later that night. Balnaves had some pretty good ones too and Wynns (the last one on our list) had definitely the best cab sav we have tried in a while. A shame it cost $140 for a magnum… (1.5litre). We did pick up some other good stuff though for a bit less cash…

our own pin-up boy at one of the wineries 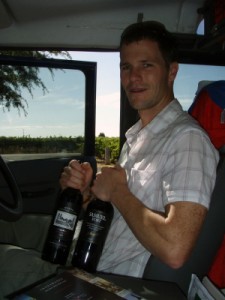 Jon with some of the stash from that weekend

We then actually spend some time relaxing and reading in a little park in the township Coonawarra before we went back to Hollicks for a lovely dinner.

Our camp spot was at Bool Lagoon where they will hopefully fix the rabbit problem soon as there were 100’s of them hopping around and the camp ground was one rabbit toilet and feeding ground! Hardly any grass left… 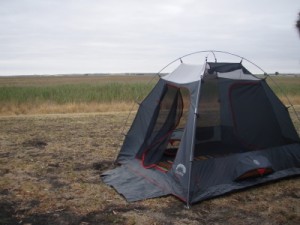 our camp site – no fly sheet needed at night!

The stars were amazing that night and so were the lovely bats that were attracted to our big camping light that we left on for a bit so we could watch the bats.