A hot water bottle and a leopard

One of our first trips out of Nairobi took us to the Aberdares National Park. We hadn’t done our defensive driving test yet so we had to use our driver Bernard to get us to our destination. The Aberdares is a mountain range just west of Mount Kenya and has a few peaks over 4000m. It is possible to hike here, but as we didn’t have all our hiking gear yet, we were just going for some game drives this time. We didn’t even have our tent yet, so we booked The Ark – a beautiful hotel overlooking a waterhole and salt lick. 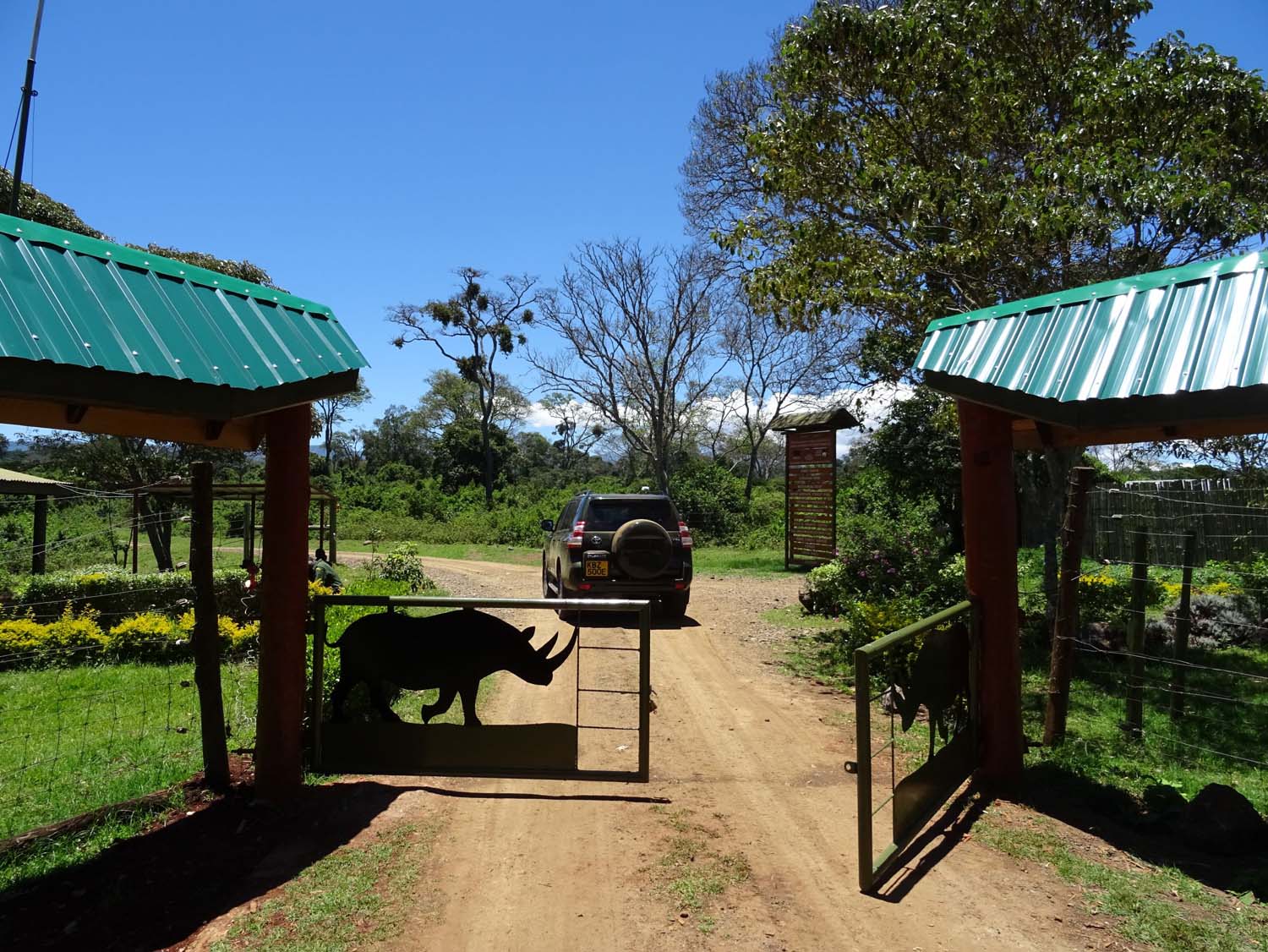 The pommies amongst you might know that Queen Elizabeth discovered she was no longer a princess when she was in the Aberdares, and Will proposed to Kate when they were holidaying in the area too. He didn’t catch a fish, but claimed he ended up with quite the catch… so we were in quite good company.

The drive from the gate to the Ark is stunning, and near the end you can actually get a glimpse of the lodge and its magnificent setting right next to the waterhole. And we were going to stay there! 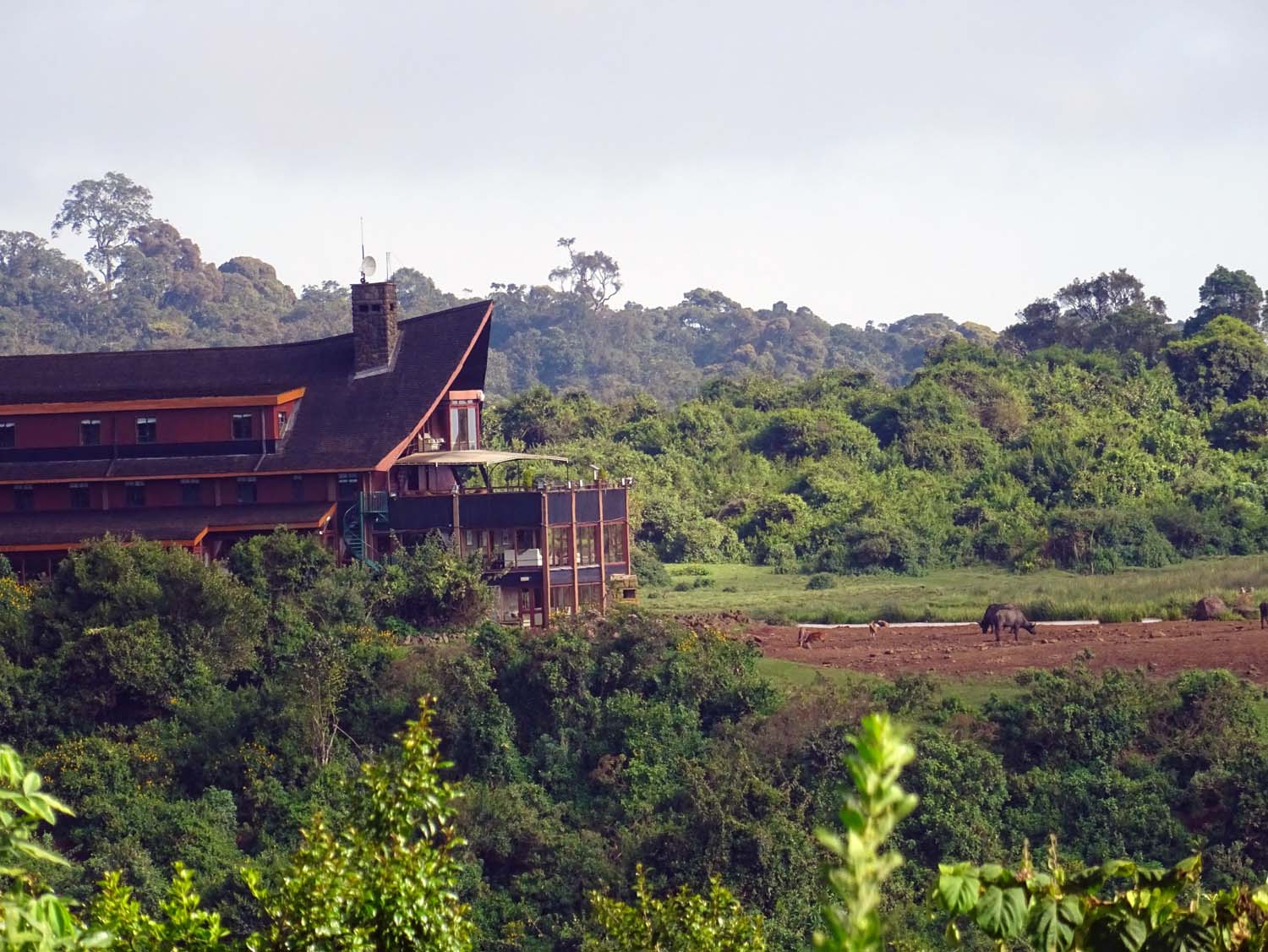 view of the Ark from the track

We were the only ones for lunch and went out for a game drive straight after. It can be quite a tricky National Park to spot animals as it is mostly thickly vegetated – a forest really – but we were lucky (or excellent spotters?) as we managed to find quite a collection of animals near and on the forested tracks. Our time was spent mostly in the Salient area where you can spend many hours without even seeing any of the other, more remote areas of the vast park. 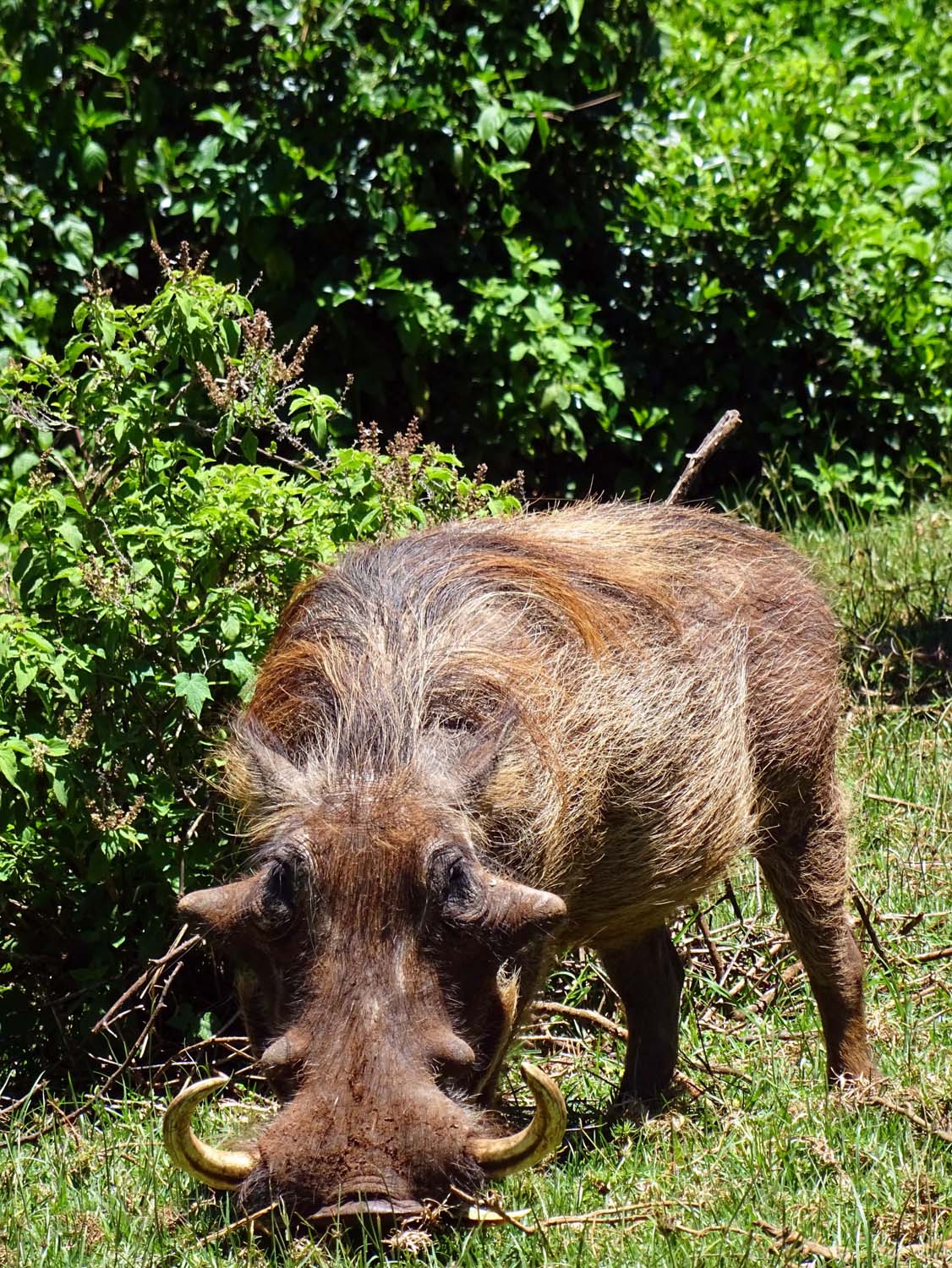 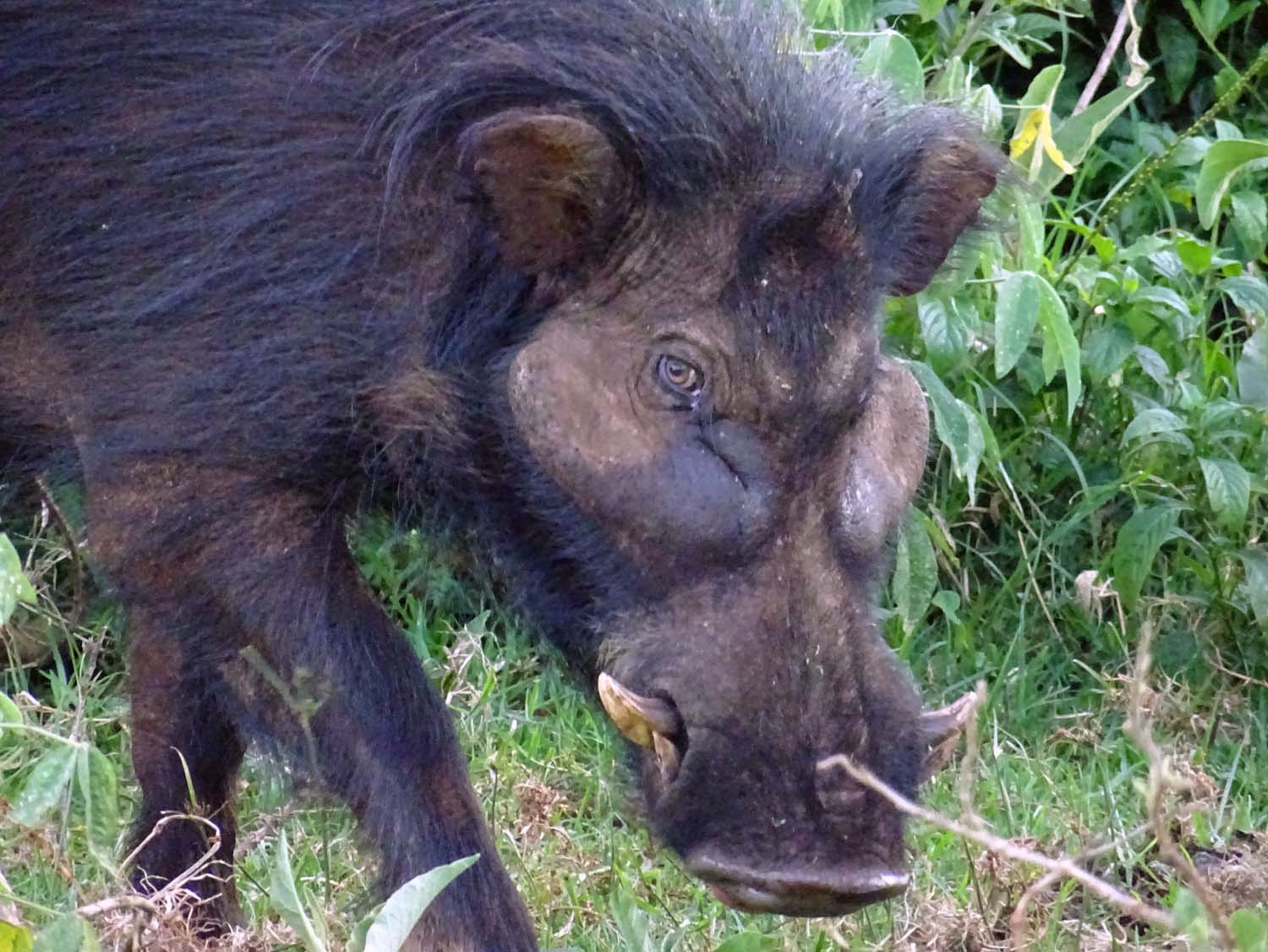 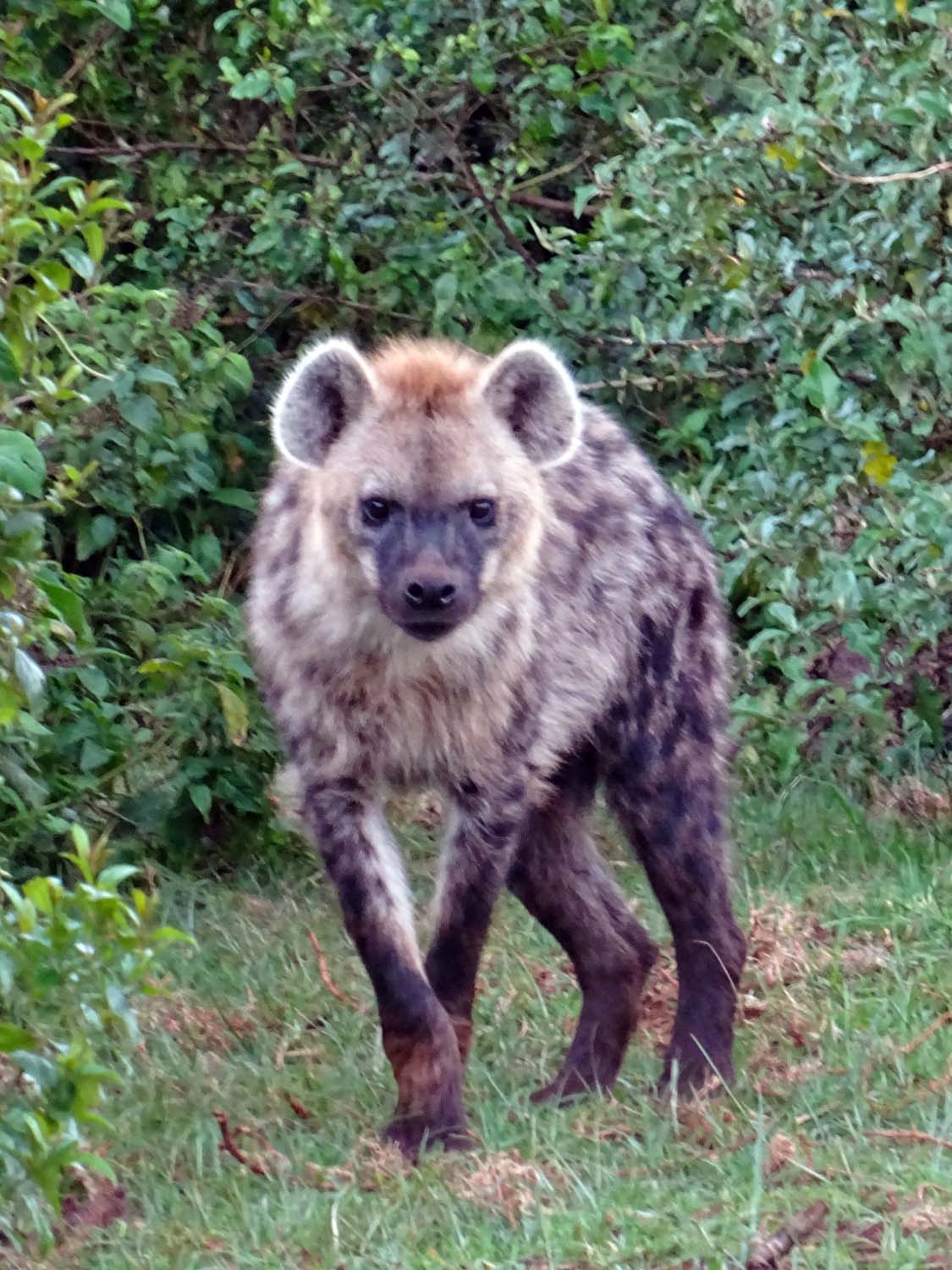 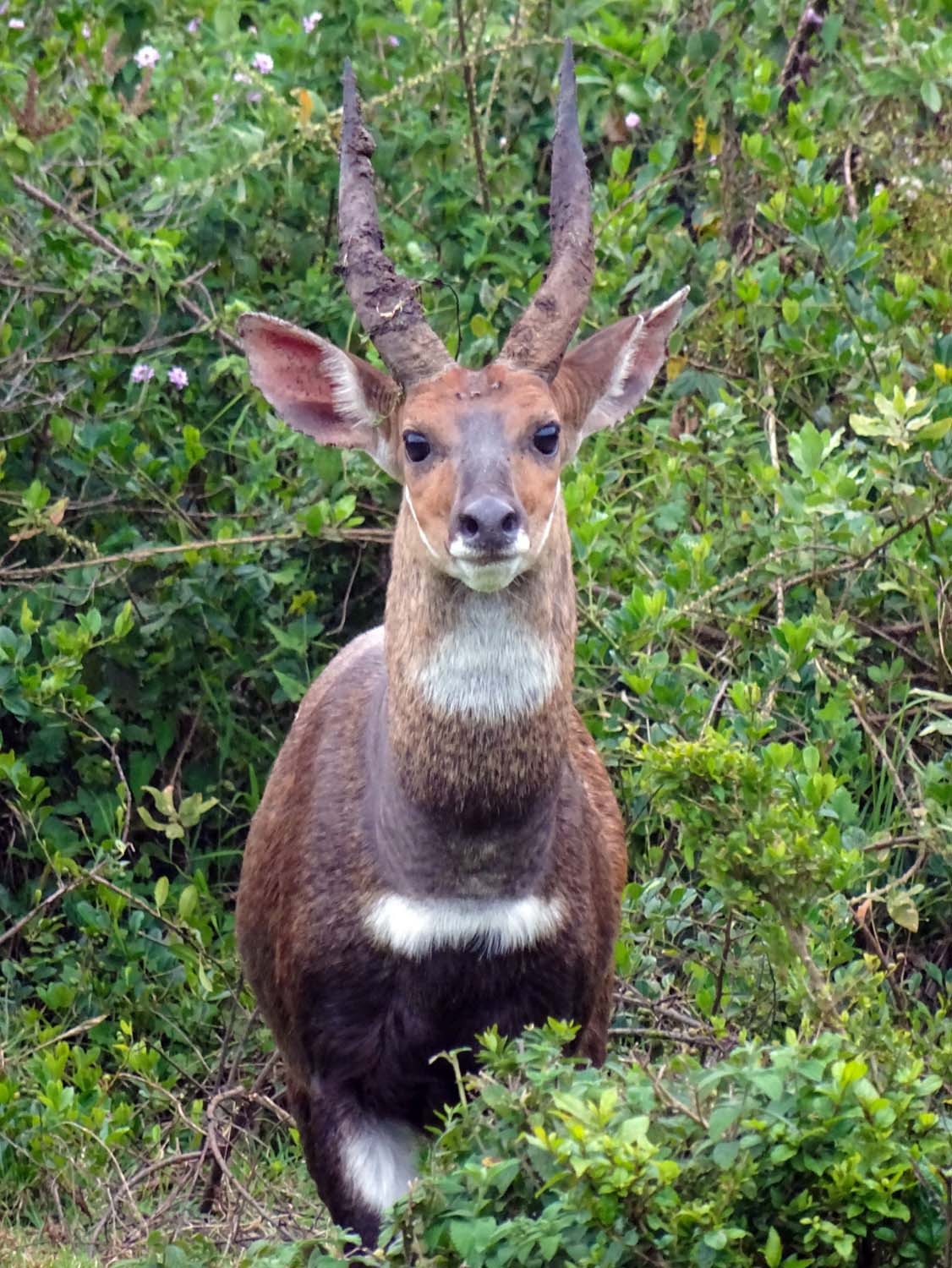 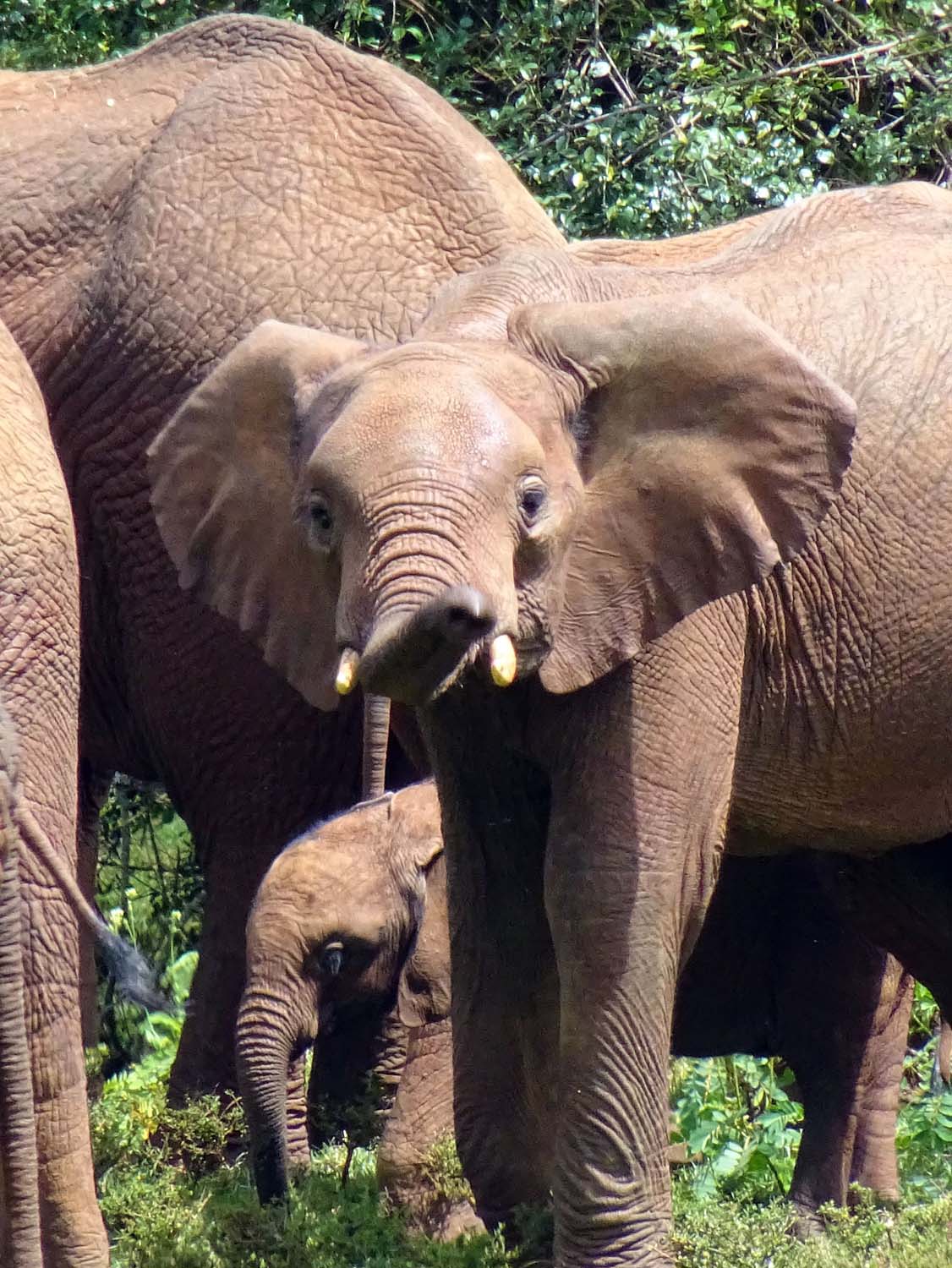 a cute 5 year old checking us out 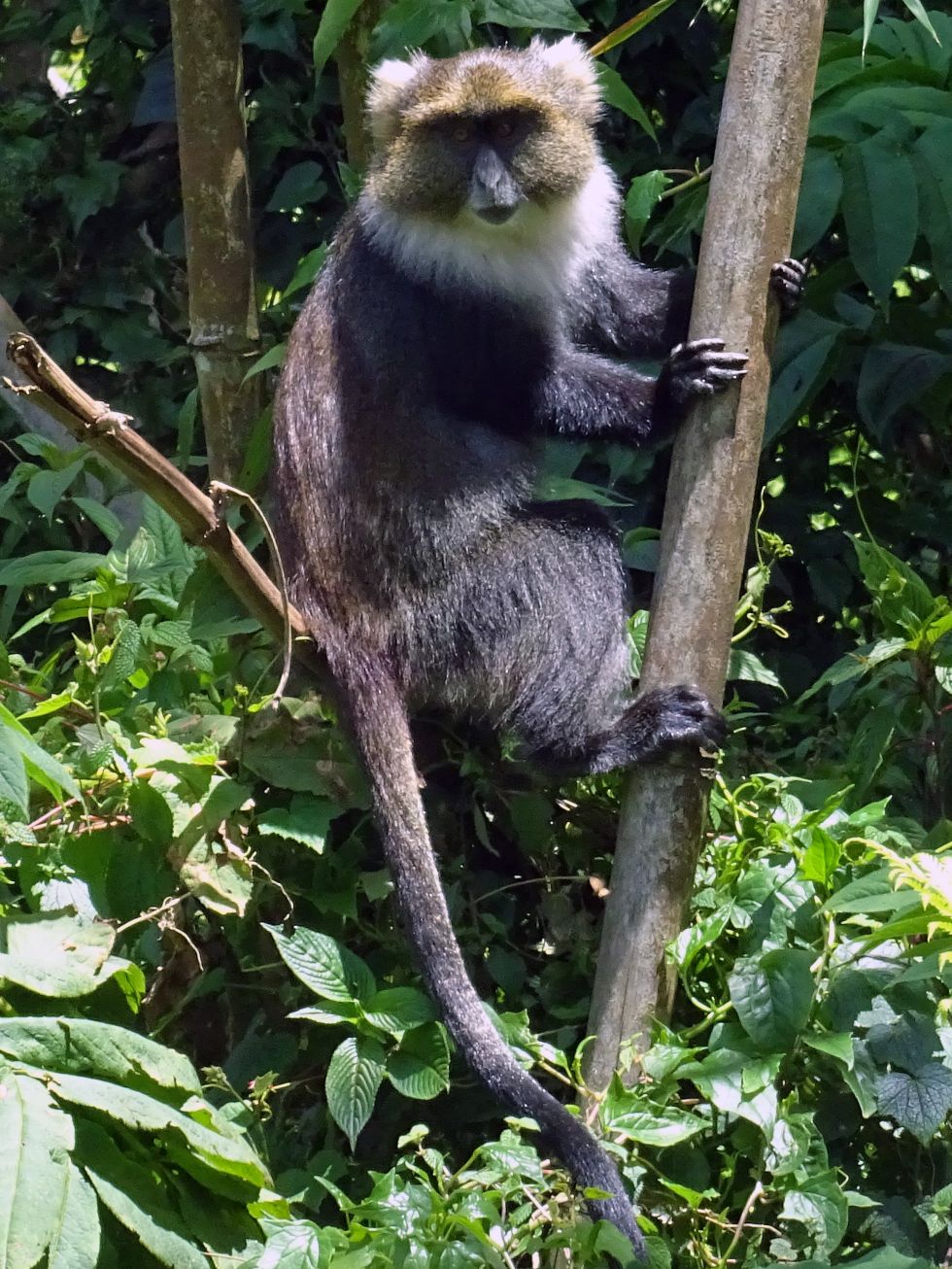 Dinner was a lot livelier, and, just as we finished we realised staff had just put out 2 little dishes, one with some meat and one with some fruit. A few seconds later a few genets and a bushbaby emerged, enjoying their feast. When we went to the hide afterwards we watched the little agile genets for hours as they were catching moths and other small insects in the grass and rocks around the lodge. Of course we also watched all the elephants, buffalo and other animals coming in for a drink and a lick of the very popular salty areas. We even spotted an unknown animal, the photo is useless as it was moving too fast, but maybe somebody can identify the animal for us? We were hoping it was a zorilla! 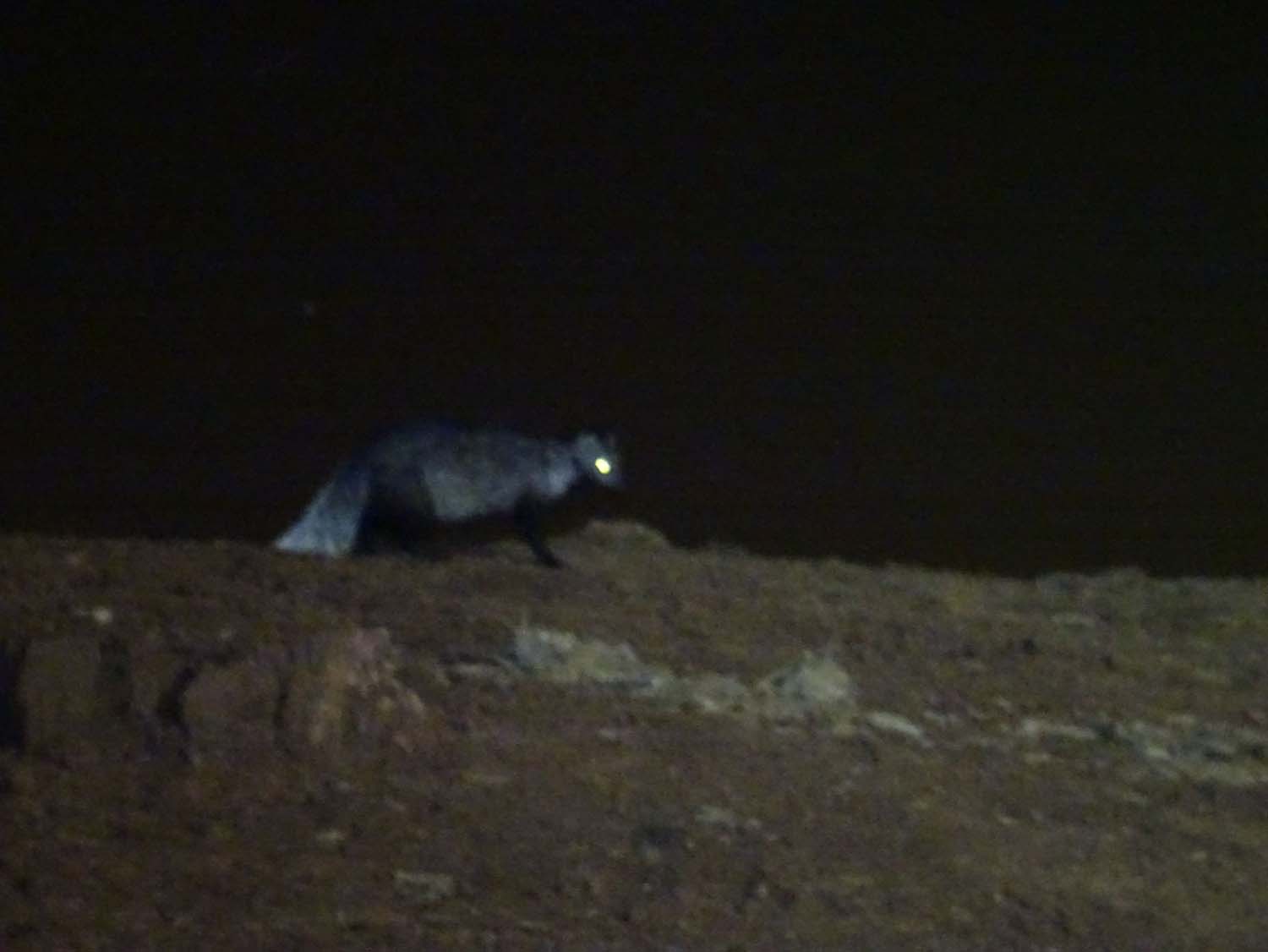 the unknown animal – might it have been a zorilla?! 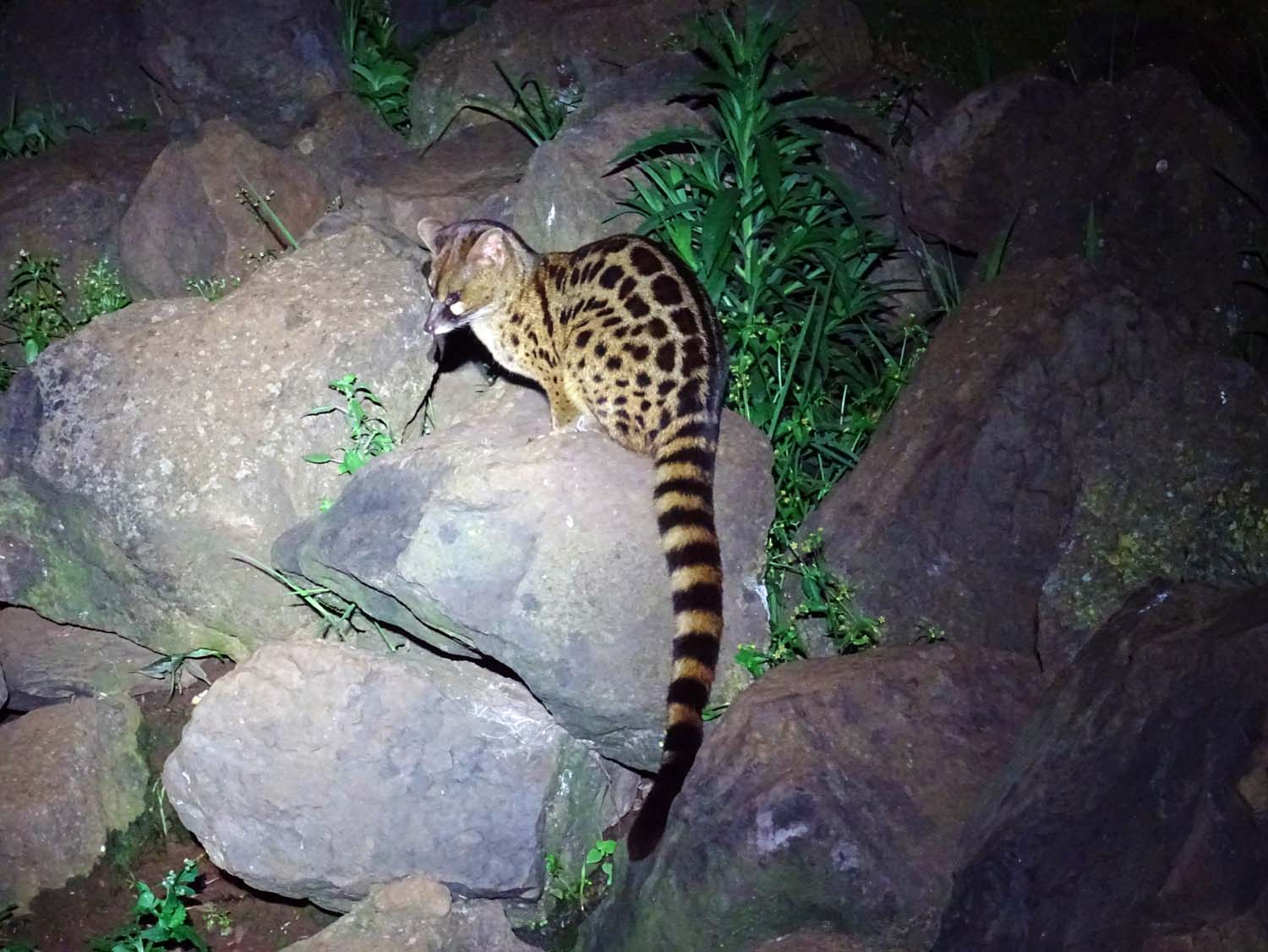 After many hours wrapped in a thick jacket and beanie, the Aberdares get pretty cold at night, we shuffled off to bed and were happily surprised staff had put a hotwater bottle in our bed!

For the night, the Ark has an ingenious bell system set up. In every room there is a switch to have your bell on or off, and if you leave it on and animals are spotted (in the middle of the night), you will hear the bell in your room.

Unfortunately no bells rang throughout the night when we were there, so the first bell we heard was the one from our phone – the 6AM alarm for our game drive before breakfast. And this time we were incredibly lucky. About an hour or so into our drive we spotted a leopard walking on the road! She didn’t seem bothered by our presence and over the next 1.5hrs we followed her as she remained on the track most of the time, watching her mark her territory, sniff various trees and shrubs, sit down or lay down for a brief rest and even enjoy a drink from a puddle on the track. Amazing! They are so beautiful and just watching her walk you could just see the power in her perfectly shaped, athletic body. She eventually disappeared into the bush and we returned to the Ark for breakfast, still pinching ourselves to see if we were dreaming! 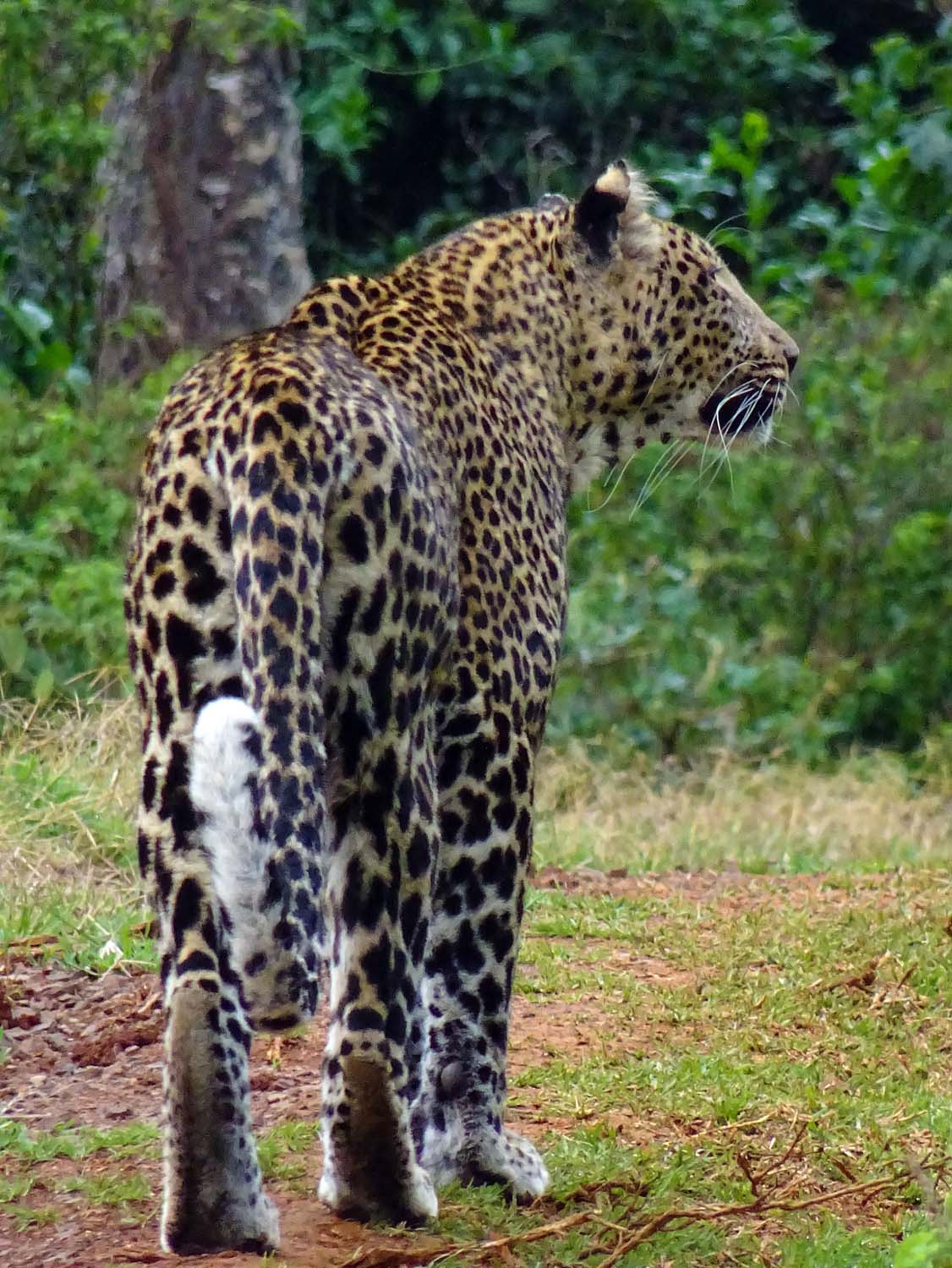 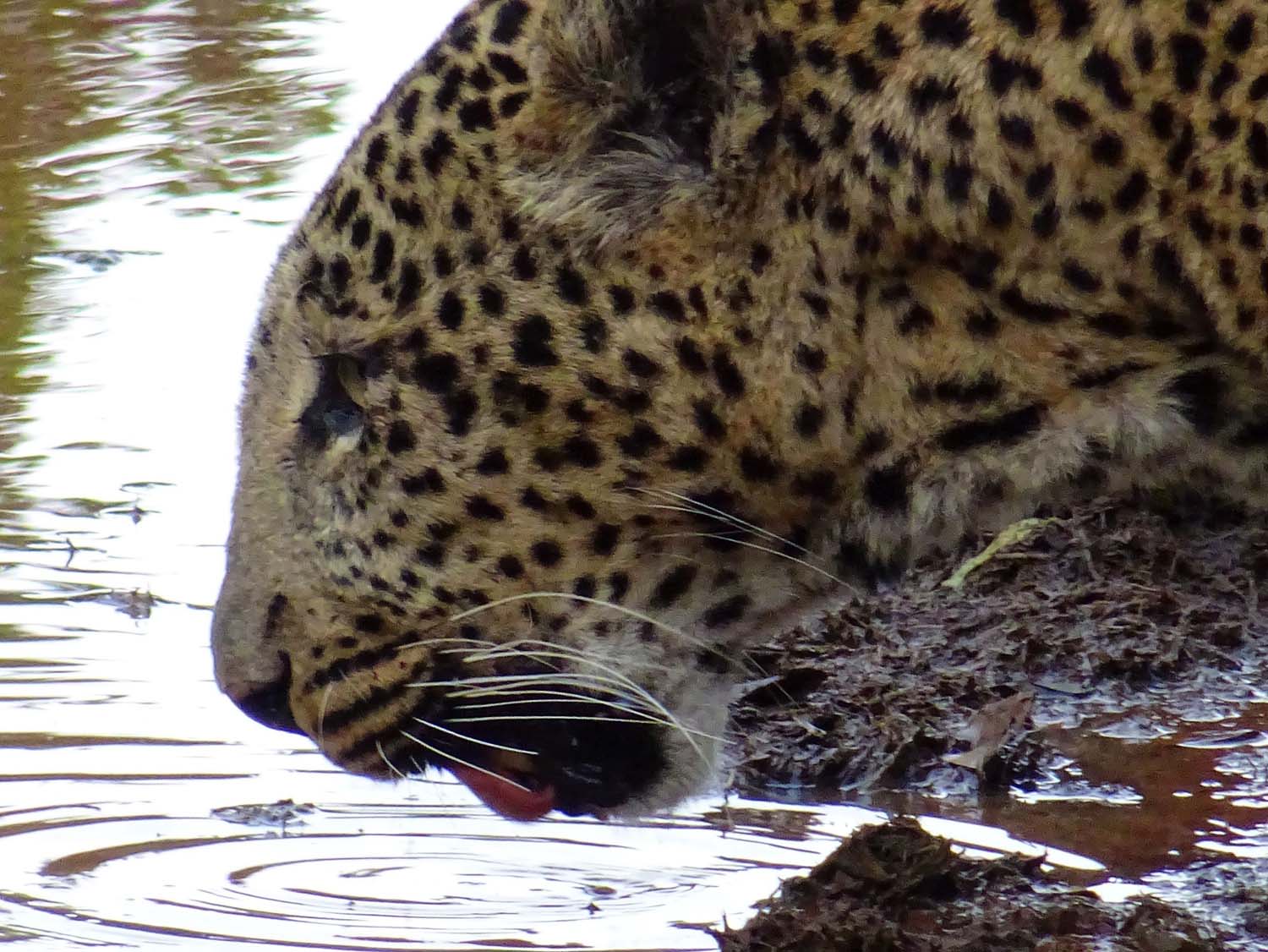 our leopard having a drink 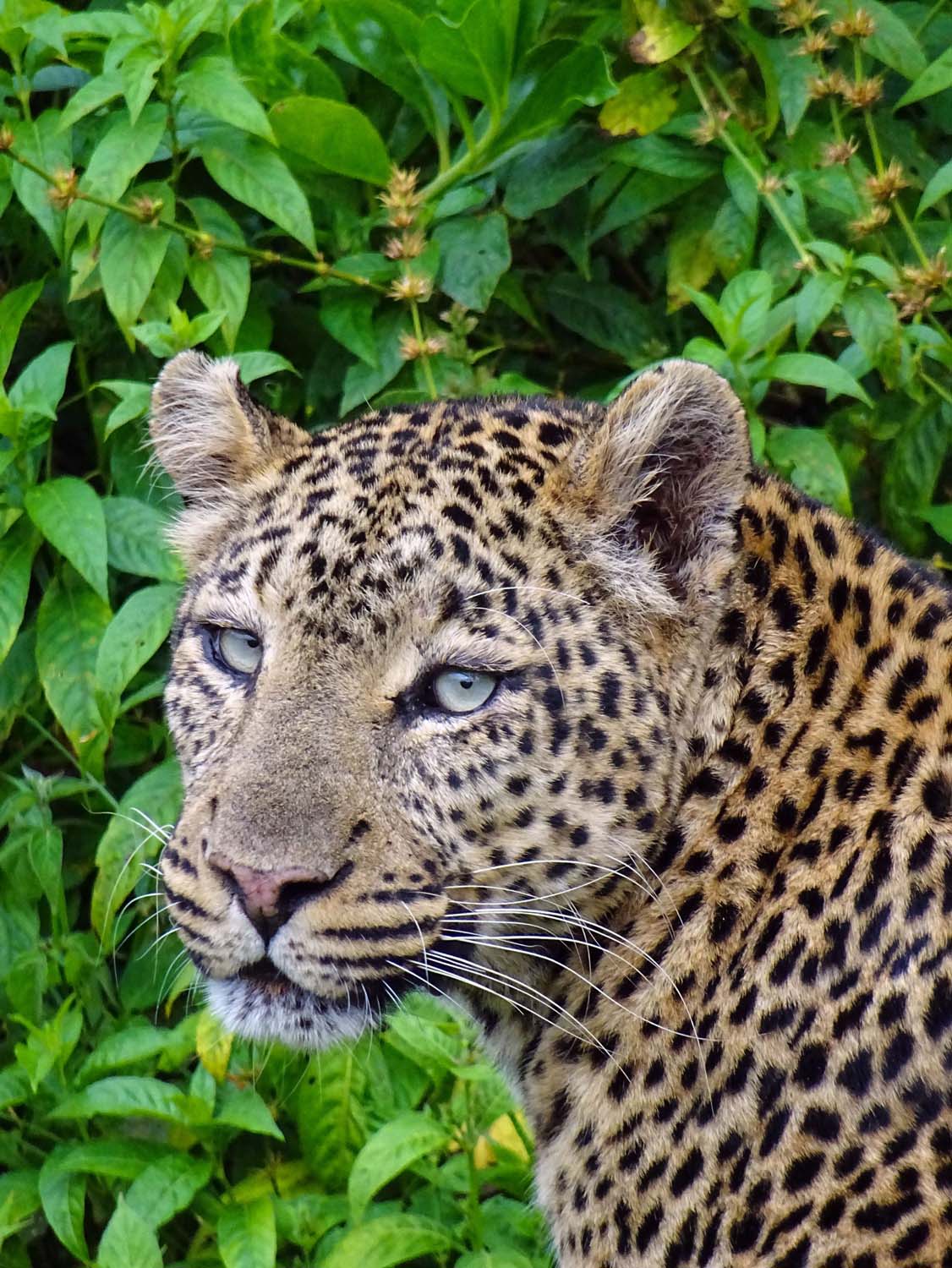 such a beautiful eyes 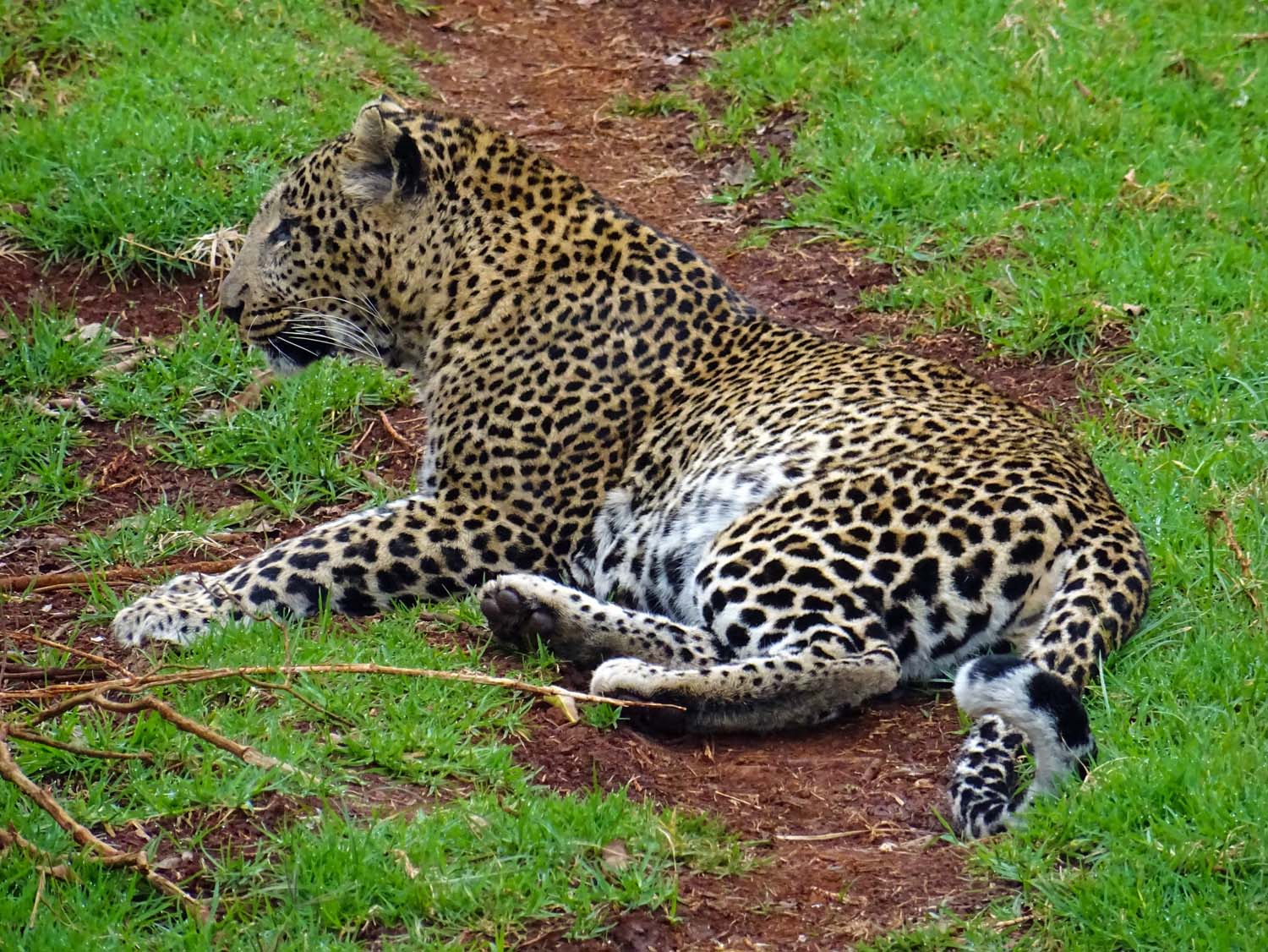 We enjoyed our late breakfast and headed straight back out on our next game drive. The plan was to drive to the more remote areas and exit the park from the southwestern gate on the Lake Naivasha side, but as we had spent so much time with the leopard we were now running short on time and had to leave from the southeastern gate. We didn’t even have time to explore the waterfalls, caves and completely different ecosystem in this area of the Aberdares and are looking forward to going back there another time – maybe even try to find out how we can organise some hiking trips in these stunning mountains. Who would like to join us for a walk?! 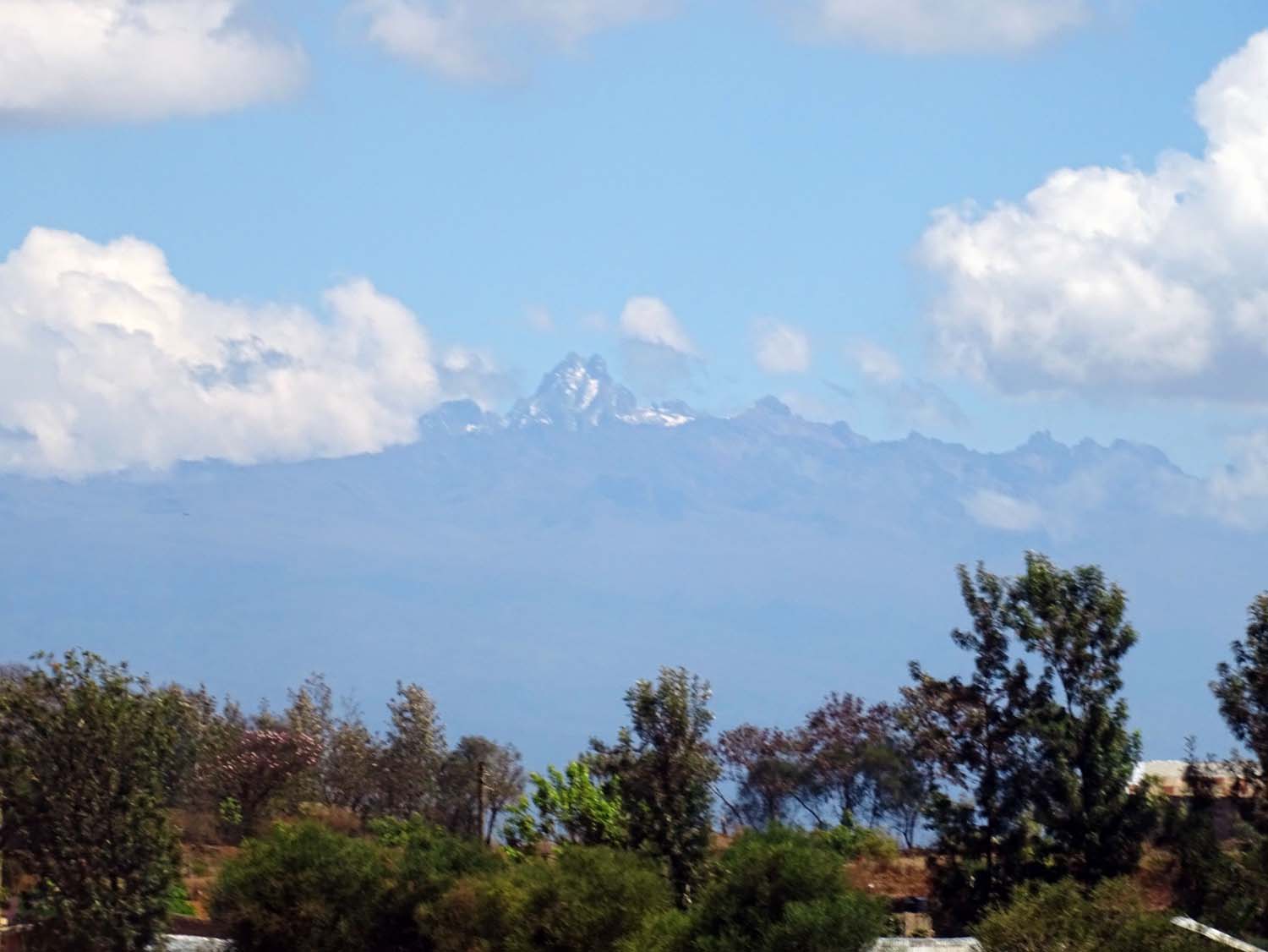 view of Mt Kenya from the Aberdares NP